Discover the beauty of Zvenigorod

Zvenigorod
Embark on a spiritual pilgrimage that the ancient Russian Tsars once took as you wander through the picturesque town of Zvenigorod!
Take a self-guided tour 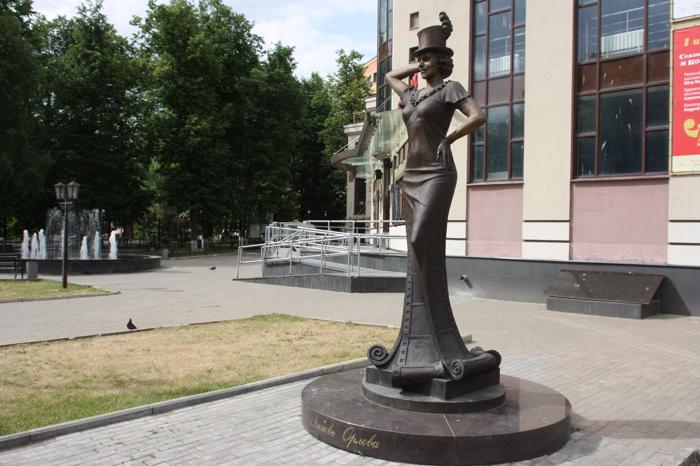 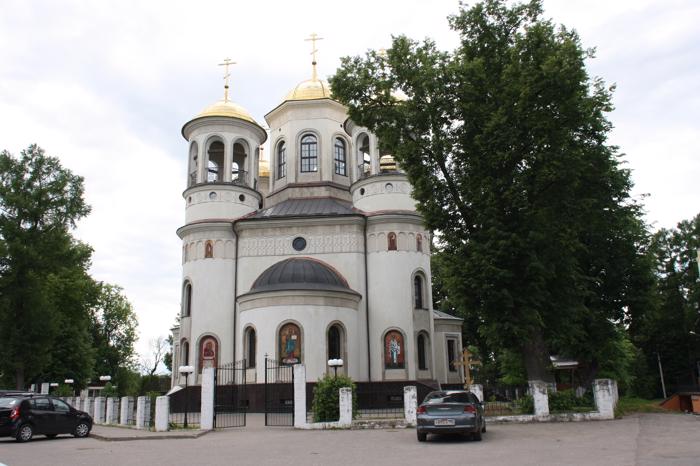 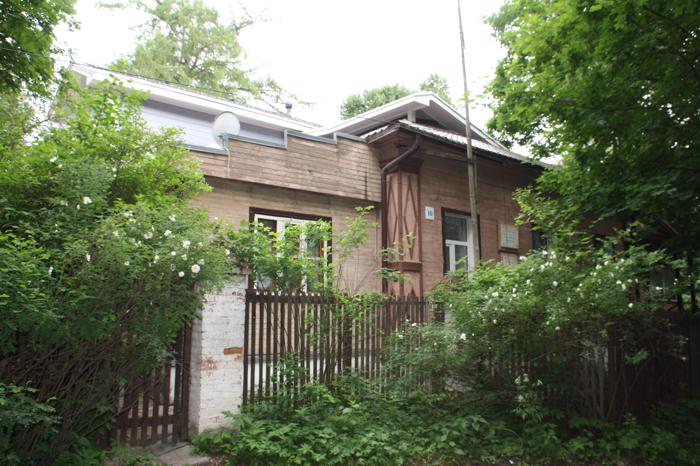 Zvenigorod is a unique destination in Moscow County Region. Criss-crossed by major rail and road highways, and located at a picturesque spot on the Moskva River, it retains the qualities of ancient Russian towns that once surrounded the Russian capital many centuries ago. The town was both one of the major centres of Russian spiritual life, that became a place of pilgrimage for Russian Tsars, yet simultaneously a dependable outpost on the western borders of the state, which had to accept the blow delivered by enemy forces on several occasions.Today, while retaining its status as one 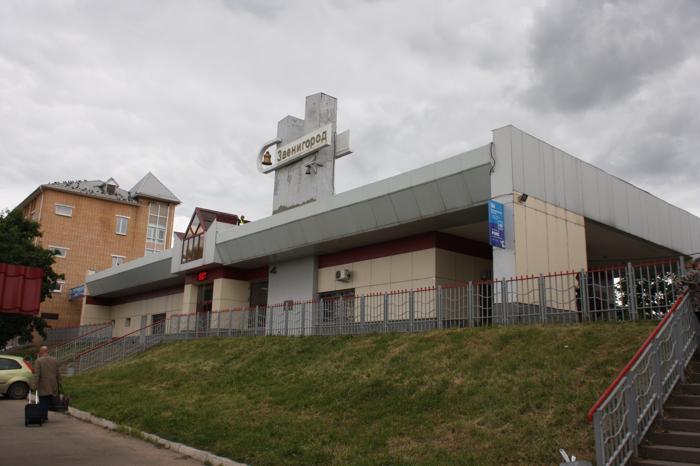 Our train has arrived at Zvenigorod Railway Station. As we could expect from a rail halt of such status, it has a really authentic station building, even though it might be a small one. Its fresh-faced appearance might be likely to mislead us – perhaps thinking we've arrived at some modern sub 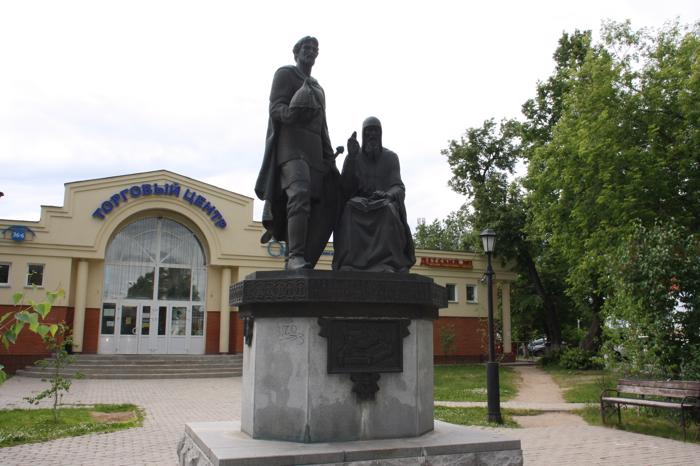 On the Way to Zvenigorod

Here we are now in ancient Zvenigorod.It's unlikely that we'll ever know when the first settlement arose here. When you get to know the city more closely, you will agree that the Slavic tribes inhabiting these places would hardly have passed by such a blessed place. Some researchers believe that the

The Church of the Ascension

Here we are at the Church e of the Ascension. Of course, in appearance we understand that it is a modern church recently. In fact, its construction ended in 2007. In its appearance, it does not resemble the more ancient church that formerly stood on this place.Yes. The church, built here in 1792, on

Of course, the district hospital in the city – may be not so hot as a tourist attraction, but that would depend on who was the doctor there. It happened in Russian culture that doctors, who saw life, death, and struggle between them, became writers and poets. Such are Anton Chekhov, Mikhail Bu 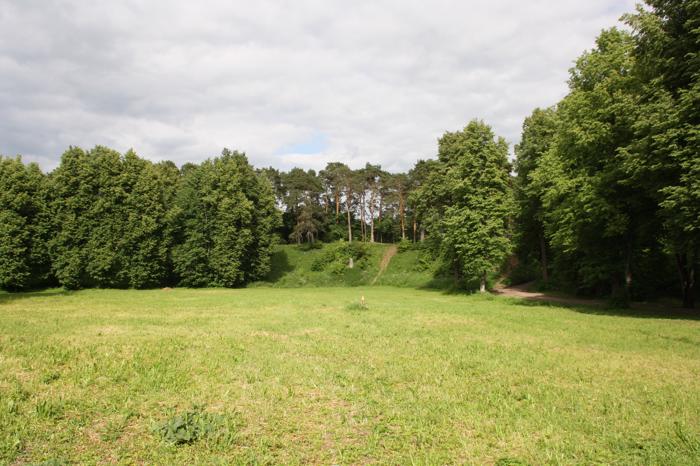 Now we're at a location which locals call – Gorodok, or Little Town. It is hard to imagine that this forgotten place with a dozen scattered wooden houses is the real "capital city" of Zvenigorod, and the Church of the Assumption in Gorodok is the center of the ancient city. But that's really t 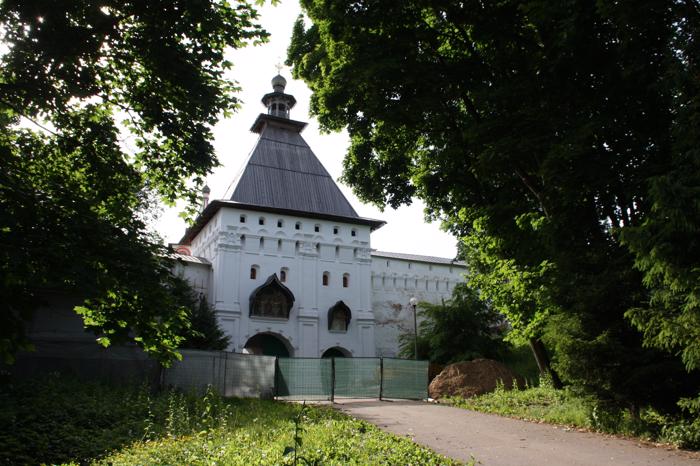 The Red Tower of the Savvino-Storozhevsky Monastery

We've arrived at the main sight of Zvenigorod - the Savvino-Storozhevsky Monastery. Its name indicates the history of its origin. It was founded by the Monk Savva, an acolyte of St Sergius of Radonezh, who later received the name Storozhevsky. “Storozhevsky” means that the monastery is b 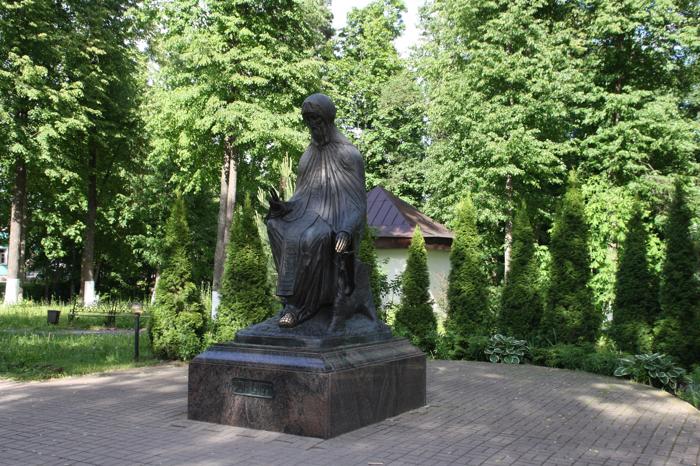 Every guidebook tells you that the monastery was founded in 1398 by the monk Savva, an acolyte of St Sergius of Radonezh. Prince Yuri Dmitrievich wanted to increase the city's rising geographical and spiritual status. Indeed, as he had looked on, there had been the rapid rise of the Trinity-Sergius 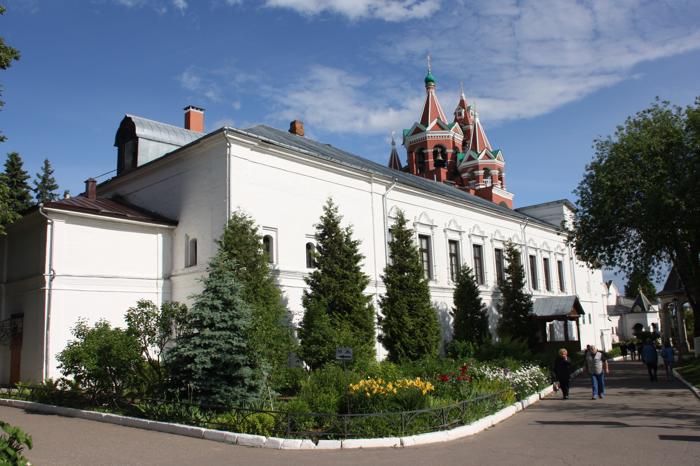 The Refectory and Bell-Tower

The refectory had once one of the largest buildings of the Savvino-Storozhevsky Monastery. Today it certainly does not seem so big by comparison with the later royal palace.In the 16th century this building, intended for solemn occasions, was perceived as an architectural miracle. There were not two 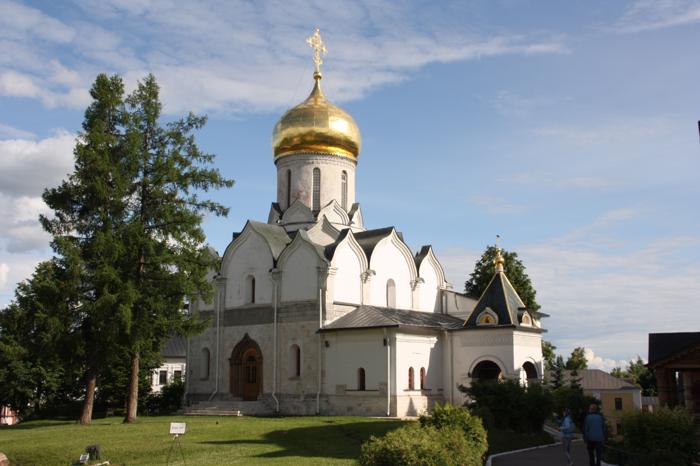 The Church of the Nativity

The Church of the Nativity of the Virgin was the first church built in the monastery. We remember that this hill, which was called for its important strategic importance of the Watchtower, stands at the confluence of the Storozhka River and the Moscow River – a location chosen by the Monk Savv 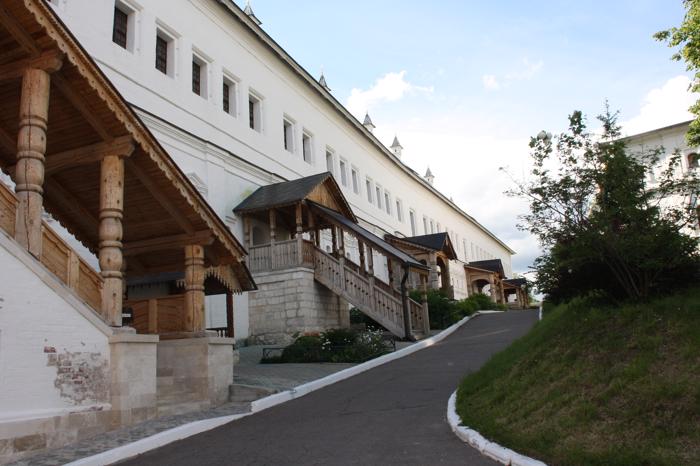 The Palace of Tsar Alexei Mikhailovich

Tsar Alexei Mikhailovich was the second of the Romanov royal dynasty. He is most often referred to as the father of Tsar Peter the Great – but in fact Peter was his son from his second marriage, and his son Ioann – from his earlier marriage to Maria Miloslavskay – had an equal righ