Discover the beauty of Wyalong

New South Wales´s most underestimated town until the discovery of gold in 1900´s was largerly shaped through its position on an bullock track. A Wild, Wild West - except Down Under.

Wyalong
New South Wales´s most underestimated town until the discovery of gold in 1900´s was largerly shaped through its position on an bullock track. A Wild, Wild West - except Down Under.
Take a self-guided tour 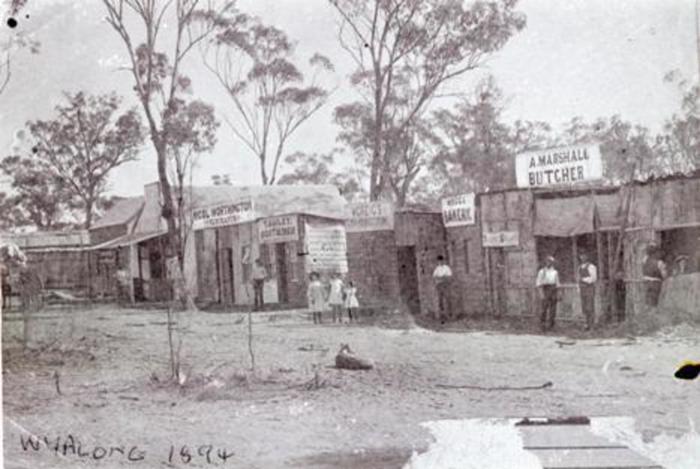 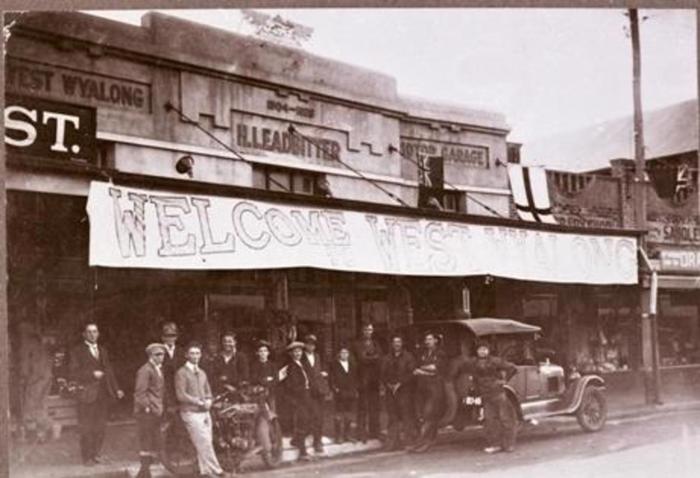 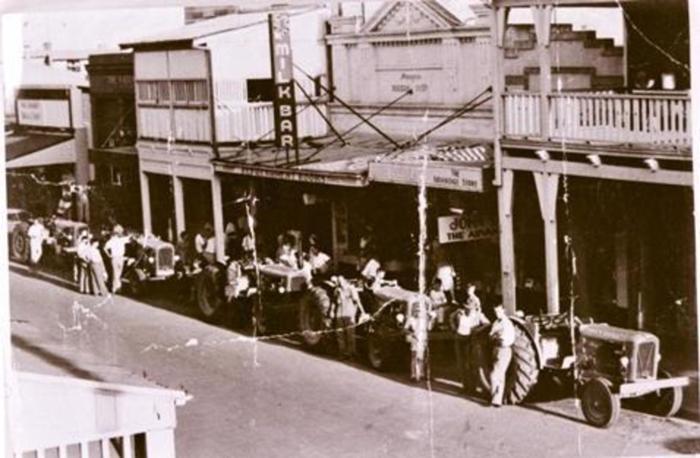 Welcome to the interactive historical tour of West Wyalong.The town has a rich and colourful history despite the early assessment of explorer John Oxley when he passed through the area in 1817 and famously declared “from want of timber, grass and water, it would never be inhabited by civilised man”.Fred Neeld’s discovery of gold in Wyalong in December 1893 soon proved Mr Oxley wrong.As the population of Wyalong swelled, West Wyalong was gazetted and settled in 1895 around the old bullock track.As a result, the crooked Main Street featured a numb 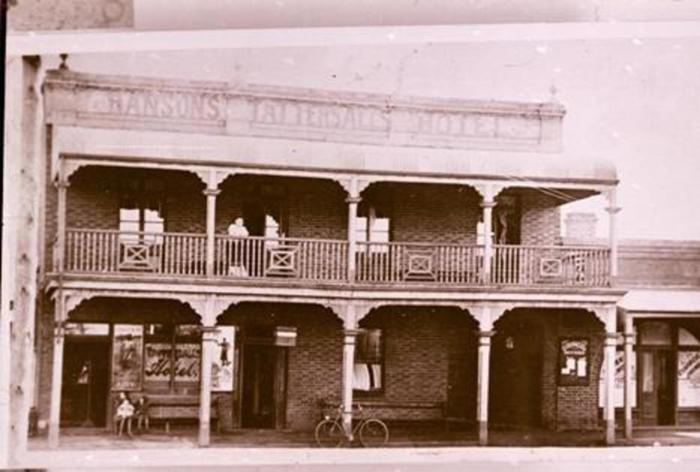 Your interactive heritage tour of West Wyalong begins here at the iconic Tattersall’s Hotel. Tattersall’s Hotel was established in 1894 and was built in three stages – the corner, the middle and the far end. The building originally had a two storey verandah on Monash and Main Stree 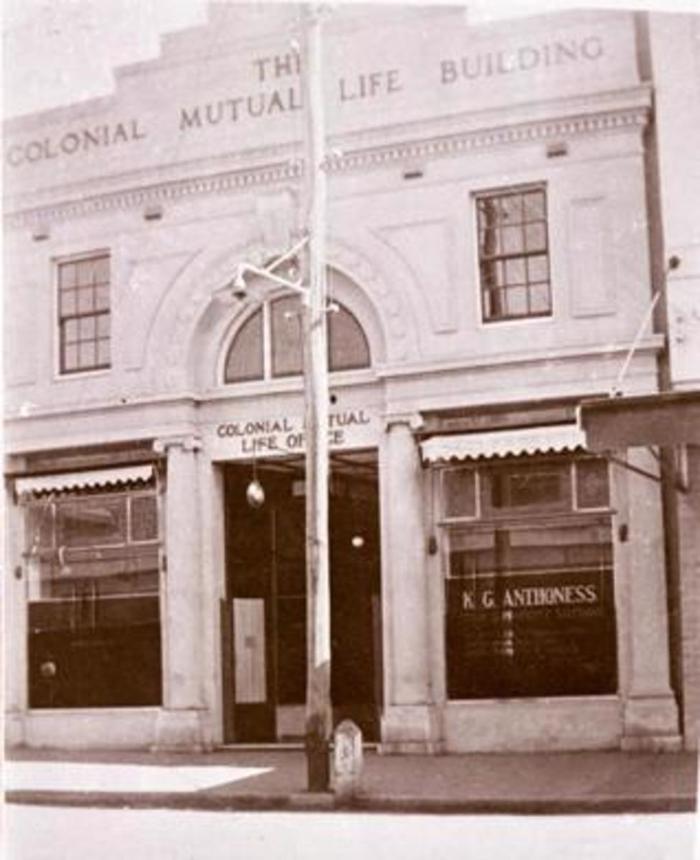 While the Commonwealth Bank building has a modern façade following renovation the building has stood as an important part of West Wyalong’s streetscape for almost 100 years. The building was constructed in 1920 at a cost of 5213 pounds. Further along the road the West Wyalong Pharm

Outwest Clothing, which was formerly known as Pat Kearins Menswear or Hats at Pats, is a good example of the traditional shop on the ground floor with a house above for the shopkeeper. Note the separate gate at the side is for private access.Across the road is the Paragon Café, a throwback to 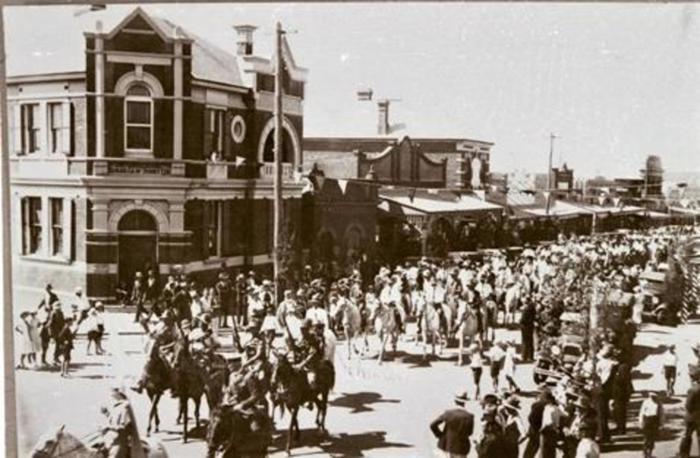 On the corner of the Main Street and Church Street intersection stands another of West Wyalong’s grand architectural designs. The Bank of New South Wales commenced business in West Wyalong on 26 March 1894 in a 12 x 10 foot tent before the current building was constructed in 1918. The building 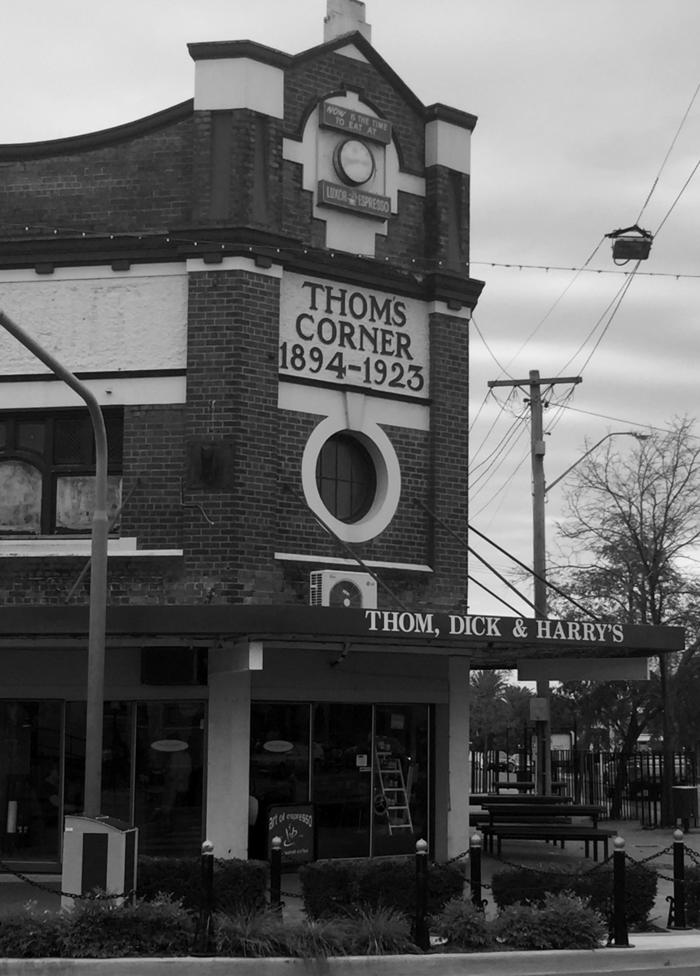 Across the road, Thom’s corner was home to one of the town’s first general stores or merchants. In 1894 Mr James Thom of Temora sent three wagons with Mr George Lewis to commence business in West Wyalong. The building was subsequently destroyed by fire on 31 December 1907.  On 16 Ma 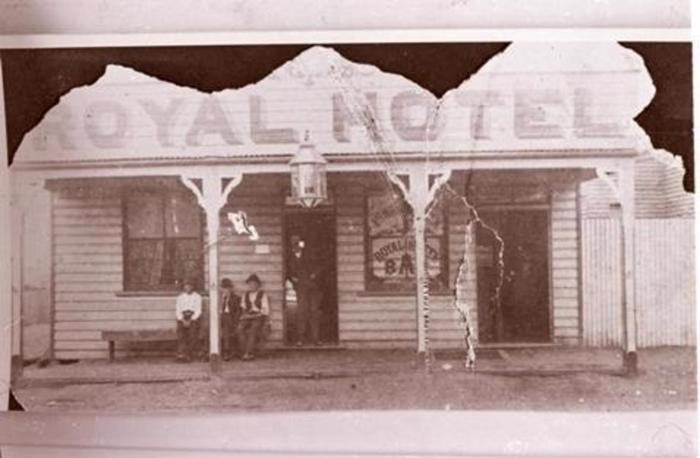 The historic Royal Hotel was constructed in 1914 and was a popular community meeting place prior to closing in 1999. The building was recently completely restored to honour its glorious past while also offering modern services and amenities. The balcony is one of many architectural features of this 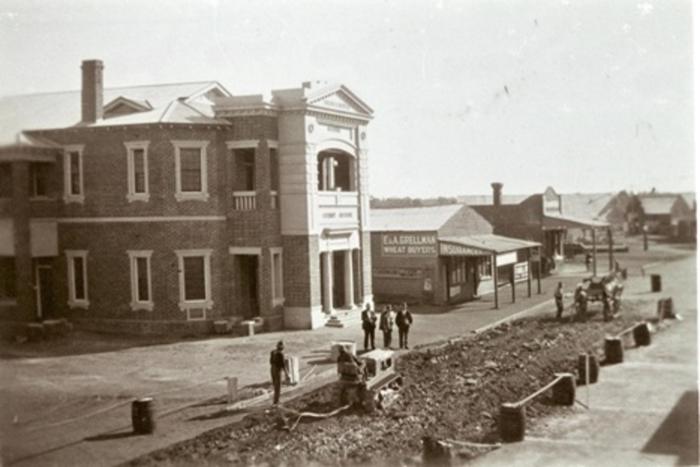 Across the next intersection stands the Literary Institute building, which was formerly the Soldiers and Sailors Club dedicated to the ex-servicemen from the First World War. The building was erected in 1925 and later became the town library and then the Technical College. It continues to play an im 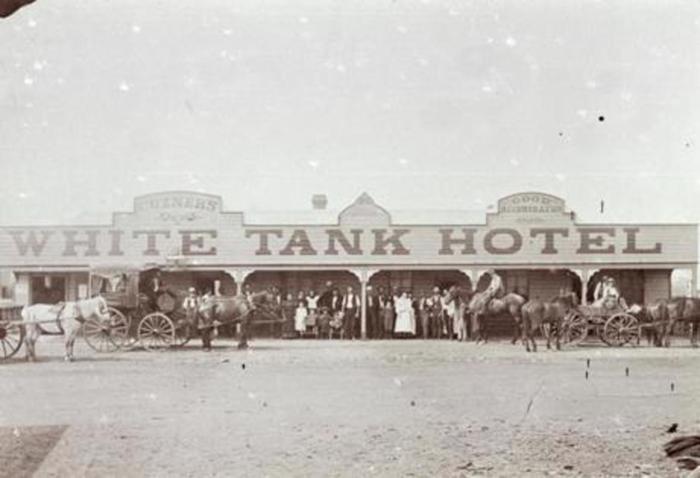 Across the road is the White Tank Hotel: This hotel takes its name from the tank which was located nearby and was the town’s main water supply in the early years. The historic balcony is a throw back to the glorious past. Rooms to your right are from the original building. 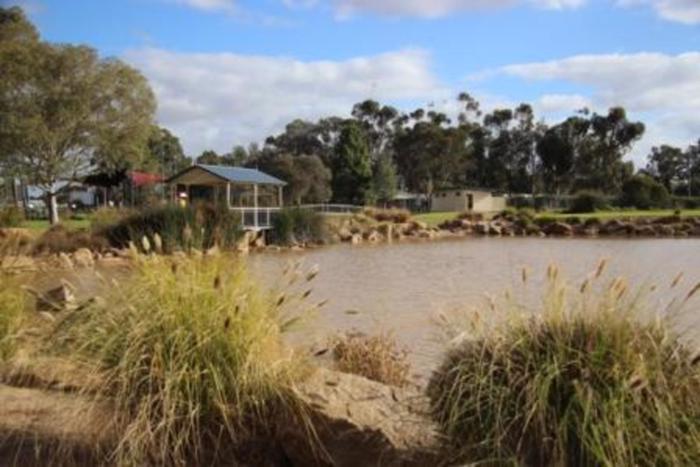 Picturesque McCann Park was named after Len McCann in recognition of his services to Bland Shire Council.Mr McCann was first elected as a Councillor in 1952 and served as deputy president from 1956 to 1962.  He was elected president in 1962 and remained in that position until 1977. He retired f