Discover the beauty of Waterloo

Located just out of Brussels, the town of Waterloo is world-famous as the scene of the 1815 battle that marked the demise of Napoleon Bonaparte and his ambition to rule Europe - a memorable site worth visiting on its own or as a day-trip from Brussels.

Waterloo
Located just out of Brussels, the town of Waterloo is world-famous as the scene of the 1815 battle that marked the demise of Napoleon Bonaparte and his ambition to rule Europe - a memorable site worth visiting on its own or as a day-trip from Brussels.
Take a self-guided tour 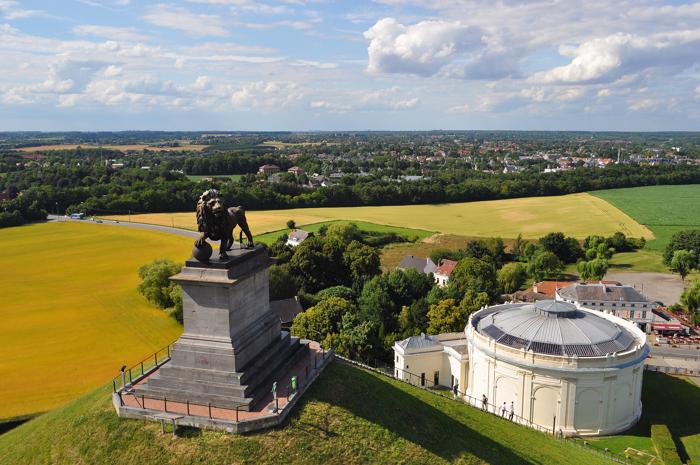 Waterloo 1815 – In the footsteps of the battle
Get the app
Start exploring right now: 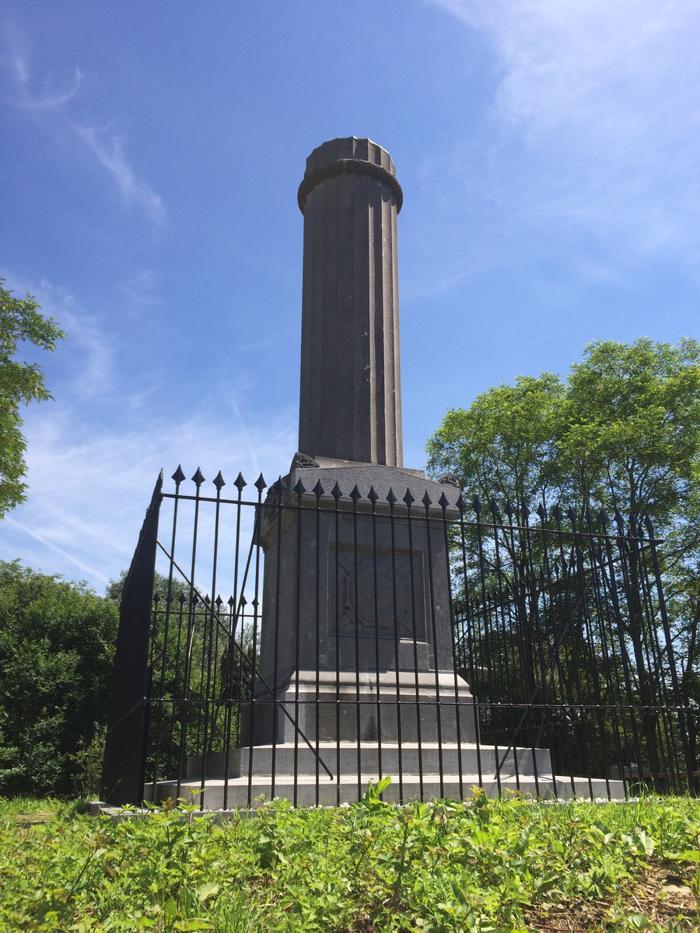 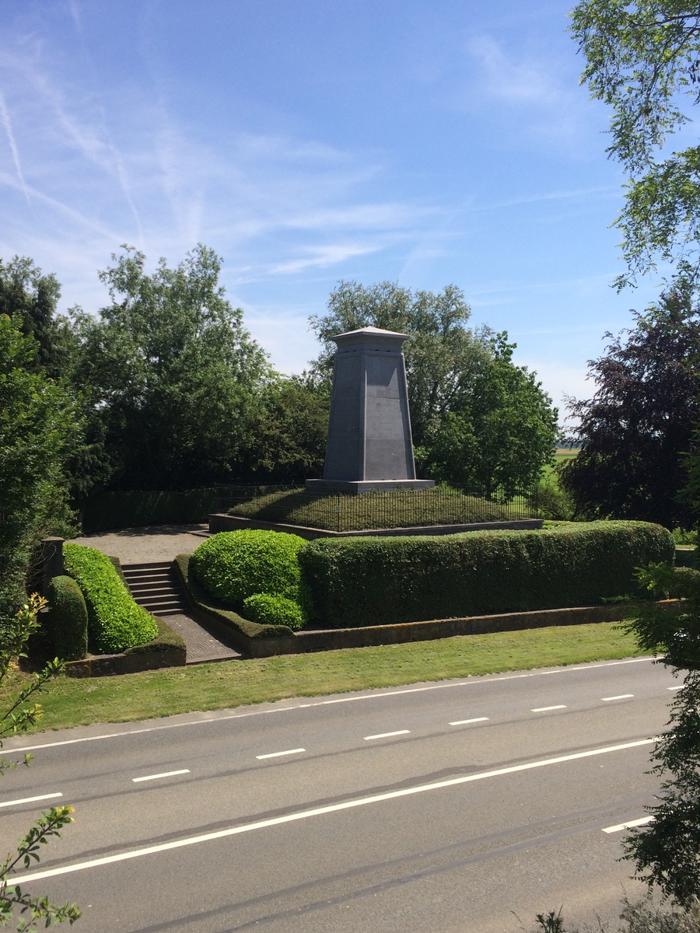 Waterloo 1815 – In the footsteps of the battle

Welcome to the best-preserved battlefield in Europe! On 18 June 1815, nearly 200,000 men from different nations faced each other here. The Walloon Brabant Tourism Federation and the Association of 1815 Guides offer you a 14-km guided visit to the Waterloo battlefield. But did you know that a large part of the battle of Waterloo didn't take place at Waterloo? Come wi 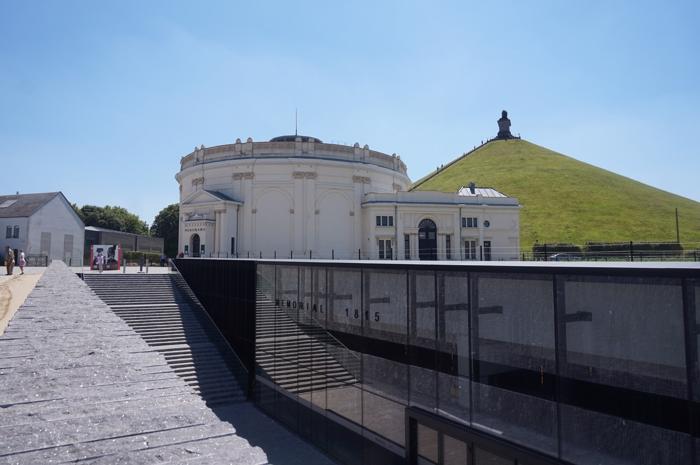 We start our visit at the esplanade of the Memorial 1815. You are in a place of memory, action and emotion. In order to better comprehend the extent of the battlefield at the time, this brand new museum has been put underground at the foot of the Lion's Mound. The Memorial will give you an understan 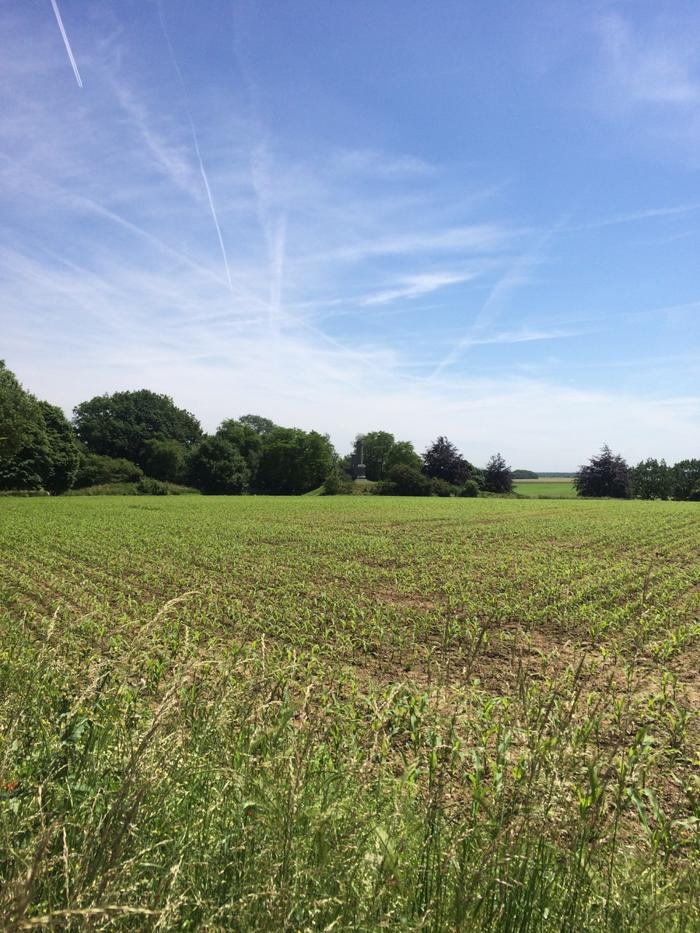 The road you are now going to take is the famous "sunken road" described by Victor Hugo in "Les Misérables". If you look to the left, you will get an idea of its height at the time of the battle. The other side of this bank disappeared with the removal of earth for the Lion's Mound. The Panor

Here we are at the centre of the allied defence line where the Duke of Wellington and his officers often stood near to a lonely elm-tree. The broken column you can see is the Gordon Monument. Colonel Gordon was one of Wellington's aides de camp. He was mortally wounded there, right where you ar

On the other side of the road, you can see a truncated pyramid. This is the Hanoverian Monument, erected in 1818. It commemorates the many Hanoverian officers of the King’s German Legion killed at this place when Marshal Ney took La Haie-Sainte. Now go behind this monument. You will see the H 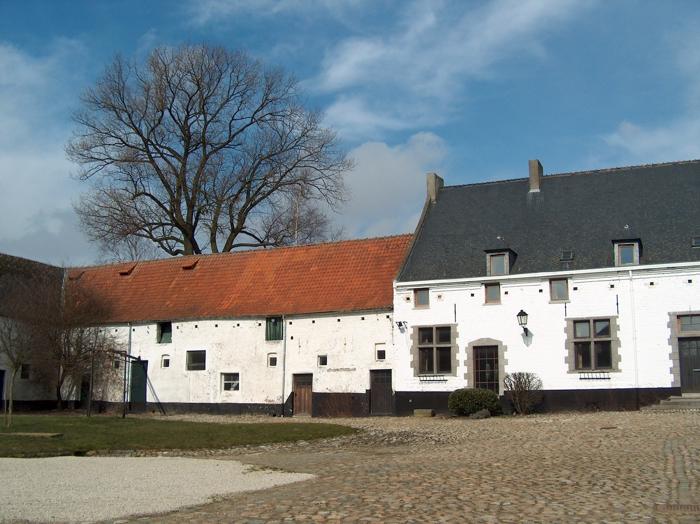 The Haie Sainte Farm is still working today and has hardly changed since 1815. This lovely farm was at the centre of the fighting throughout the entire day of the 18 June. After hard fighting, the French troops only managed to take the farm at around 6 pm, sealing the outcome of the battle... Out o 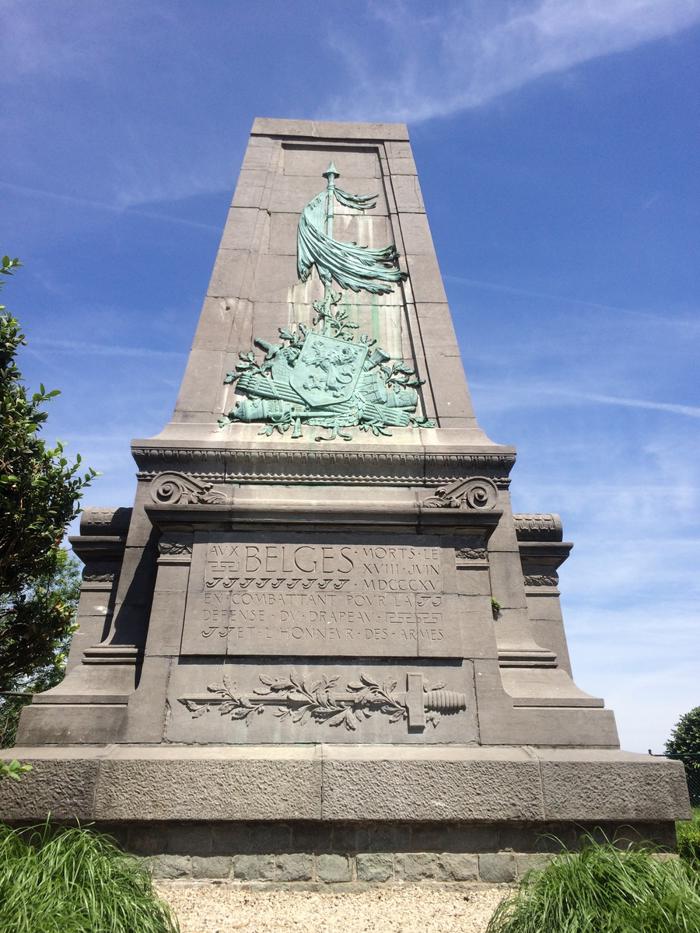 The blue stone headstone you see is the monument to fallen Belgians. This monument is a reminder that many Belgians fought on both sides for a cause and for a country they didn't (yet) believe in. Indeed, Belgium only declared its independence in 1830. It was at this place that Lord Uxbridge, comma 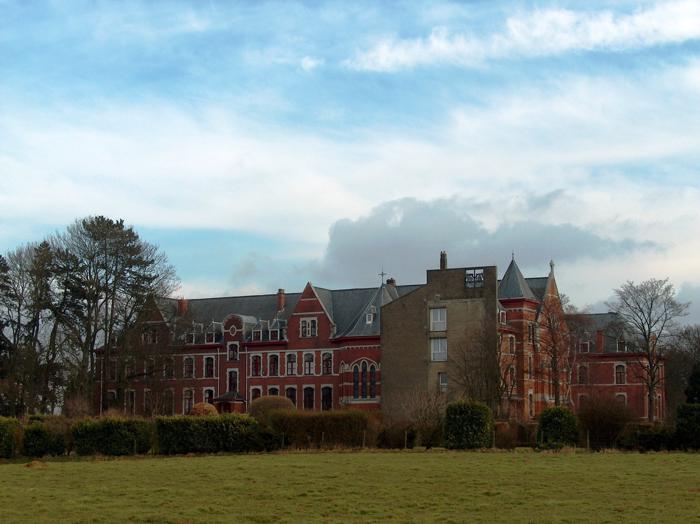 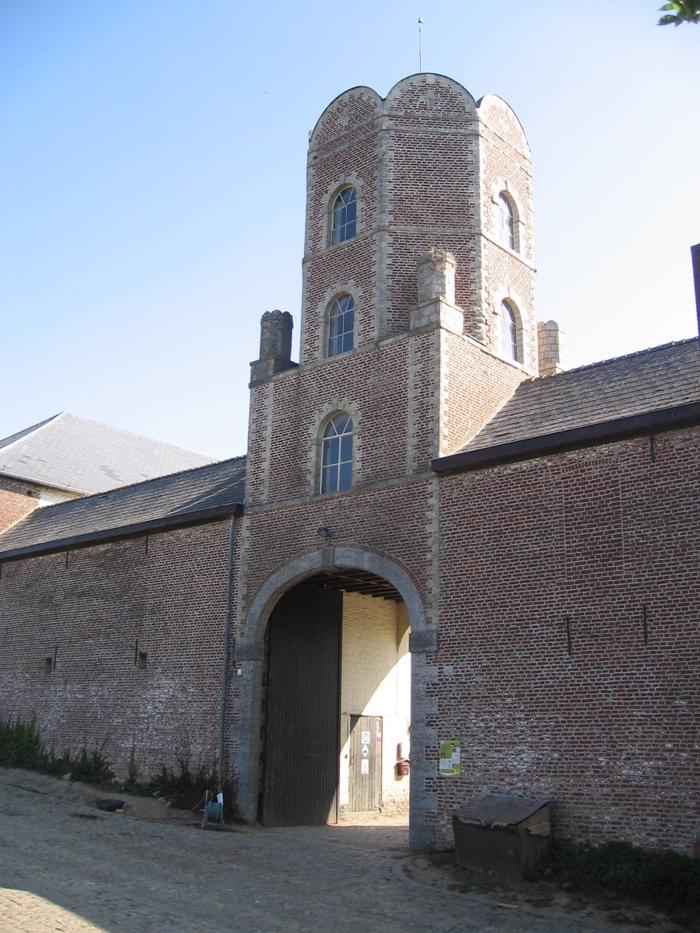 Papelotte Farm marked the left end of Wellington's line of defence, where it was one of the three bastions (with Hougoumont and Haie Sainte). On the evening of the battle, Prussian soldiers emerged from there, leading to the complete defeat of the French army. It was burned down in 1815 and rebuilt 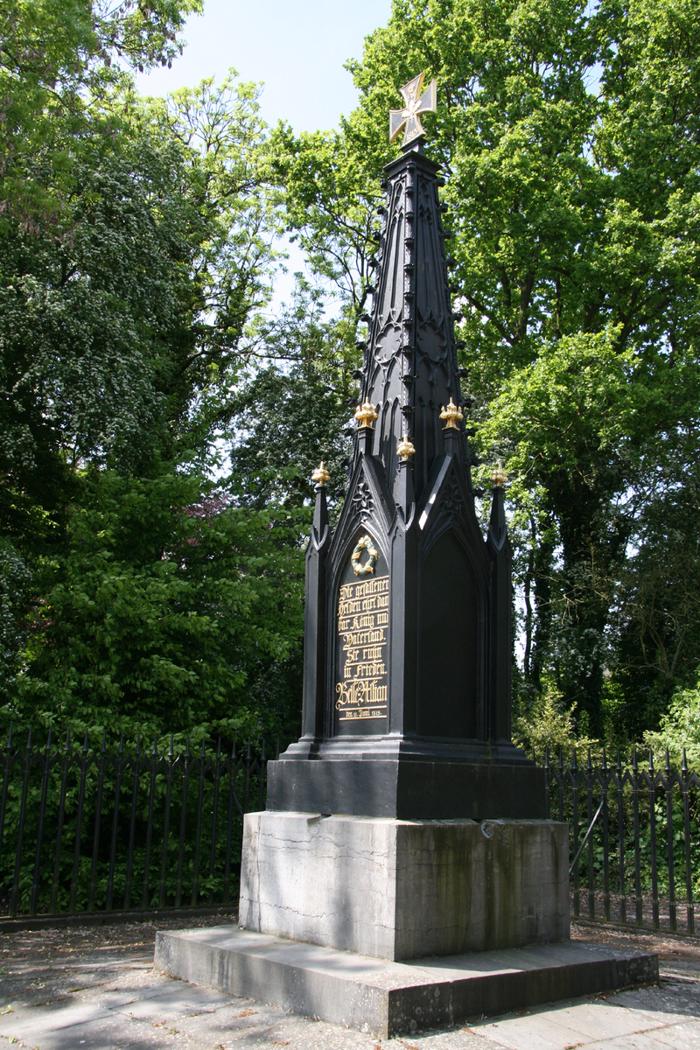 As its name indicates, the Prussian Monument has been devoted to the Prussians who died on the battlefield and has been there since 1819. This memorial is the work of the most famous German architect of the 19th century, Schinkel. It is formed by an iron Gothic spire and a blue stone substructure. 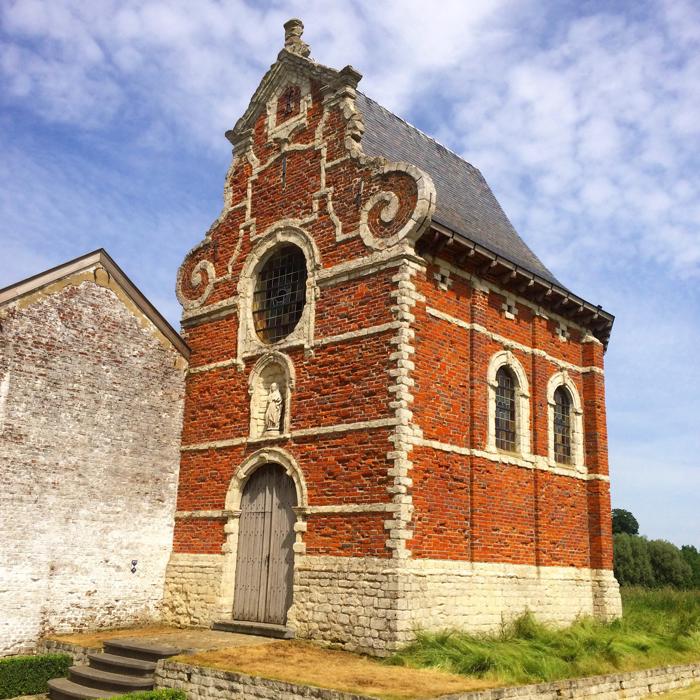 Chantelet Farm is a 14th century quadrangle farm. It housed Marshall Ney, commander of the French cavalry and his officers on the night of the 17 to 18 June. It is here he had his headquarters. The adjoining chapel, of Baroque style, was built in the 17th century, with an attractive combination of