Discover the beauty of Tver

Tver
Historically, Tver was a medieval powerhouse and remains a quietly popular riverside town at the confluence between the Volga and Tvertsa Rivers.
Take a self-guided tour 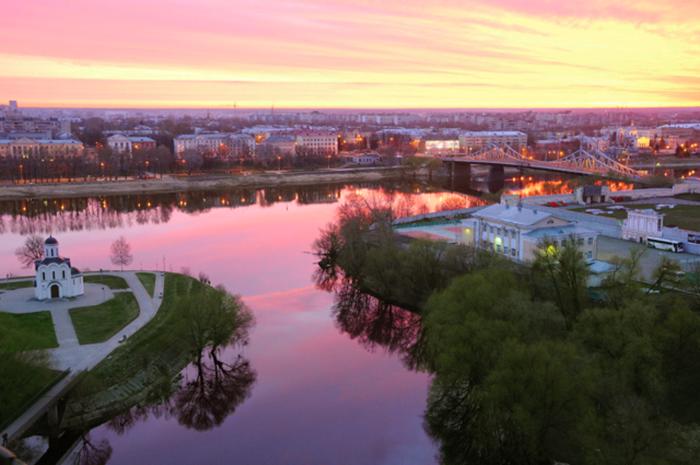 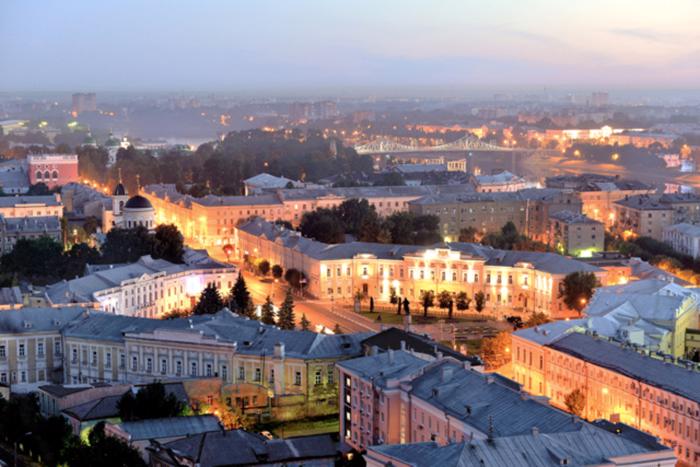 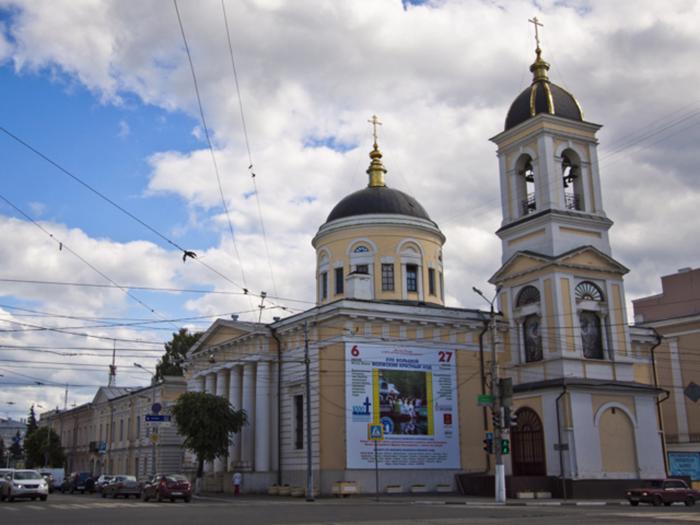 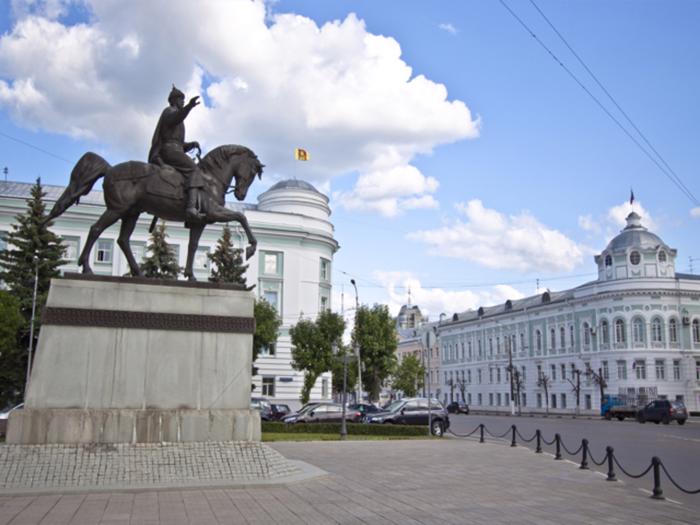 Monument to Knyaz’ Mikhail Tverskoy in the Sovetskaya Plosh'yad'

The panoramic route Tver originates in the Sovetskaya Plosh'yad' near the monument to Mikhail Tverskoy. This is the place where you can learn about the architectural uniqueness of the Verhnevolzhie capital - a rare admission urban development, called "tryohluchevaya symmetry." Its famous historical 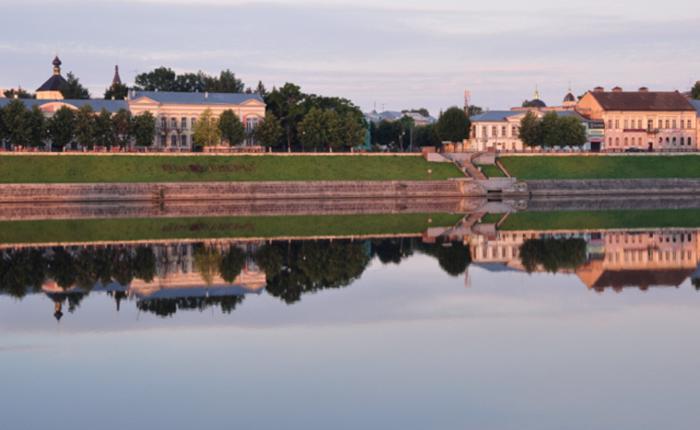 At the intersection of Volodarskogo streets and Stepan Razin embakment offer a wonderful view of the mouth of the river Tvertsa, Rechnoy Vokzal and St. Catherine's convent. Before the construction of Rechnoy Vokzal at this place was located Otroch monastery, founded in 1265 by Knyaz Yaroslav Yarosla

You came to the Ploschad Lenina. Former Fontannaya square has kept the administrative building of the 18th century, where he started his labor activity a future great Russian fabulist Ivan Krylov, who lived in Tver for 9 years. Tryohsvyatskaya pedestrian street, which is called the local Arbat, and

The Church of the Ascension

You have reached the Church of the Ascension. The temple was built in 1760, later it was rebuilt provincial architect Lvov, and in 1903 was built on the third tier of the bell tower of the church designed by the last provincia architect Nazarin. In Soviet times, closed temple was used for various ho 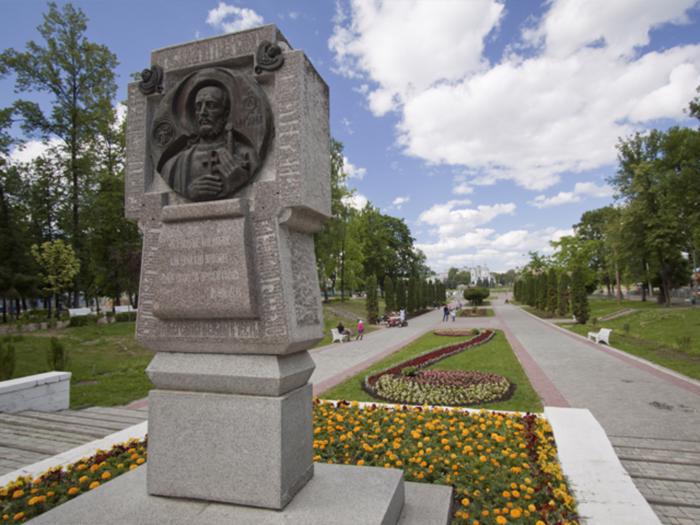 You will reach the main entrance of the City Garden. This is one of the favorite places of Tver residents and holiday festivities. It is located in the central part of the city on the right bank of the Volga on the former territory of the Tver Kremlin. From the garden of the Kremlin in the city rema 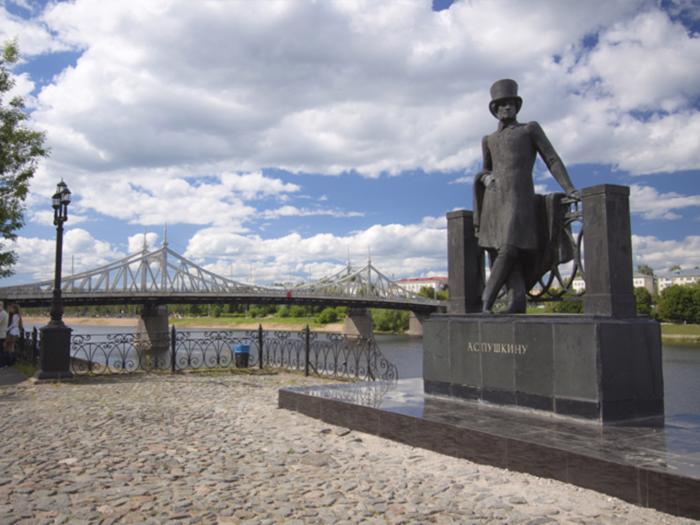 Monument to Alexander Pushkin in the city garden

When you walk through the city garden along the banks of the Volga near the Old Bridge, you can see the monument to Alexander Pushkin, which is called a sculptural composition "White Nights" by sculptor Komov, set in 1974, when Russia celebrated the 175th anniversary of the great poet. The bronze fi 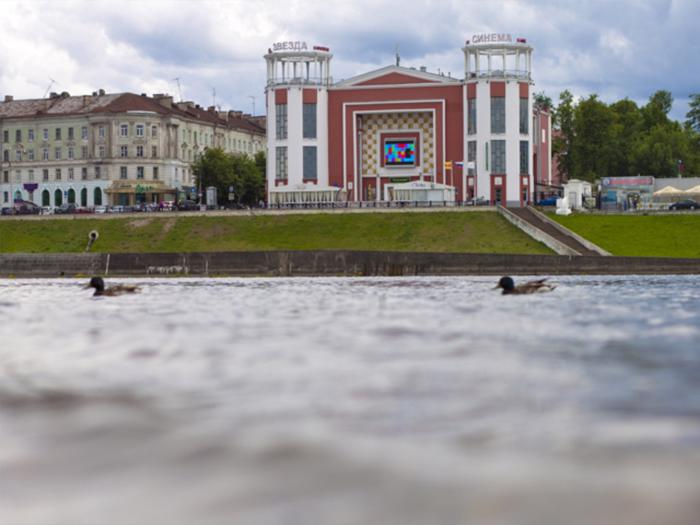 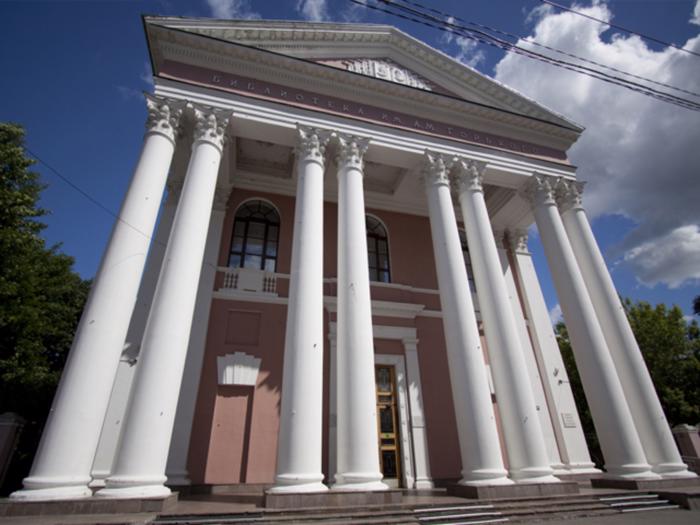 The Library name after Maxim Gorky

Public Library in Tver opened in 1860 in the building of the provincial government (now the city administration on the street Soviet) by public initiative with the participation of Saltykov-Shchedrin. The modern name of the library since 1935. In 1941, the library building was destroyed by German fa 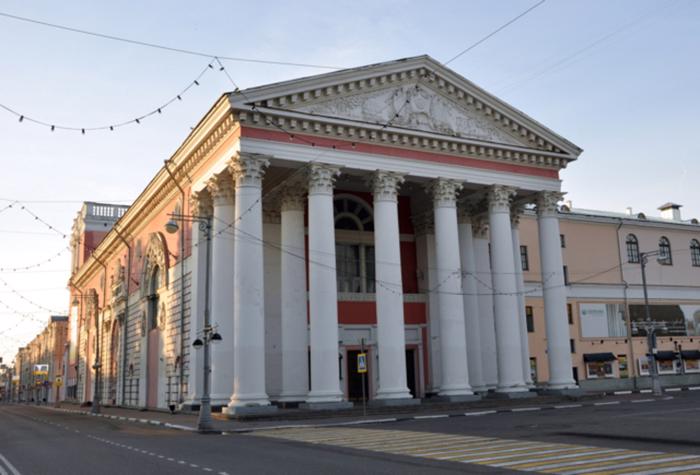 Go back to the main entrance of the City Garden and go to the street Soviet. You will come near the Drama Theatre (street Sovetskaya, 16). Walk along the pink building theater to its colonnade of the main entrance. In place of the drama theater building was Gostiny Dvor, built in 1760-1770 years by 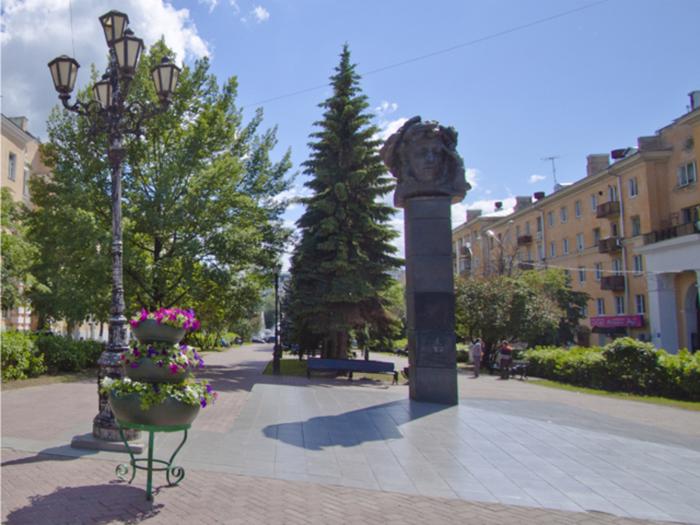