Discover the beauty of San Marino

On top of Mount Titano, this cute city is known for its cobblestone streets and medieval old town. You must take the path on the mountain that explores the ancient defense system, three towers, each fortress holds something different!

San Marino
On top of Mount Titano, this cute city is known for its cobblestone streets and medieval old town. You must take the path on the mountain that explores the ancient defense system, three towers, each fortress holds something different!
Take a self-guided tour 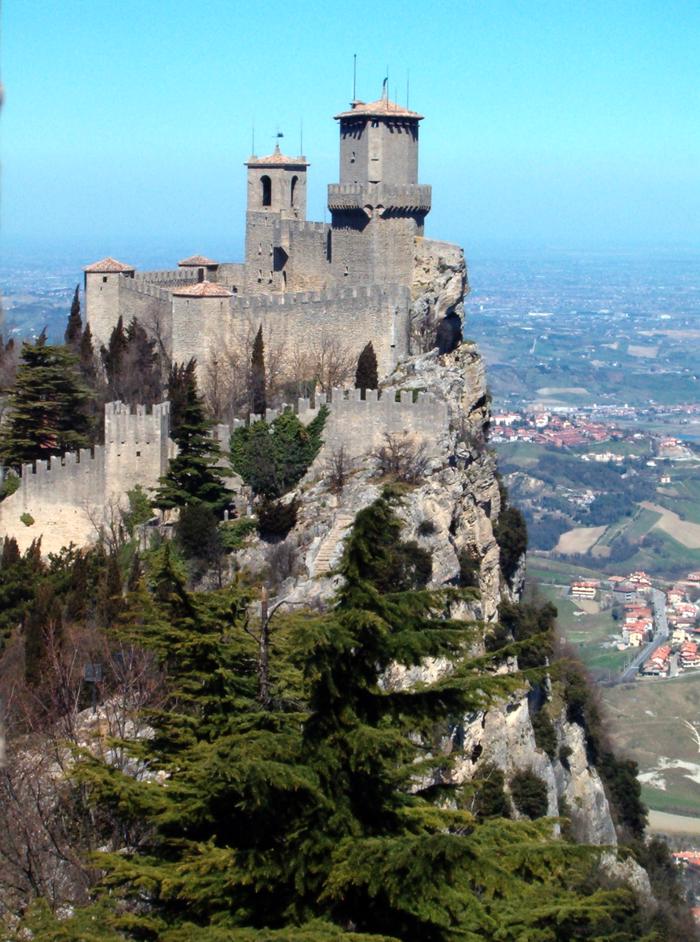 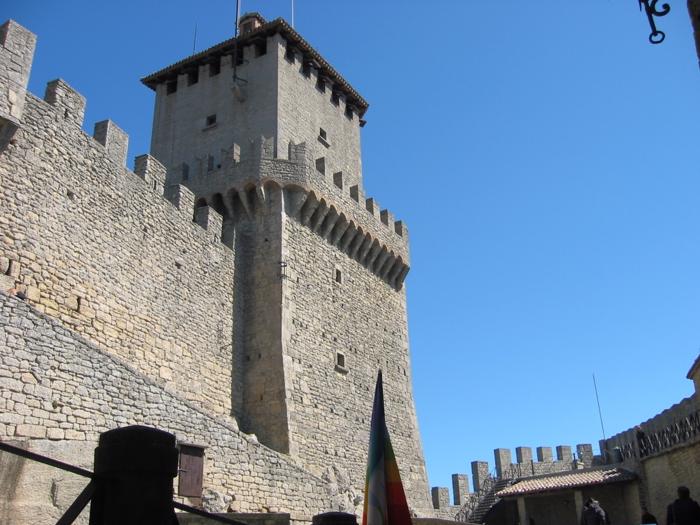 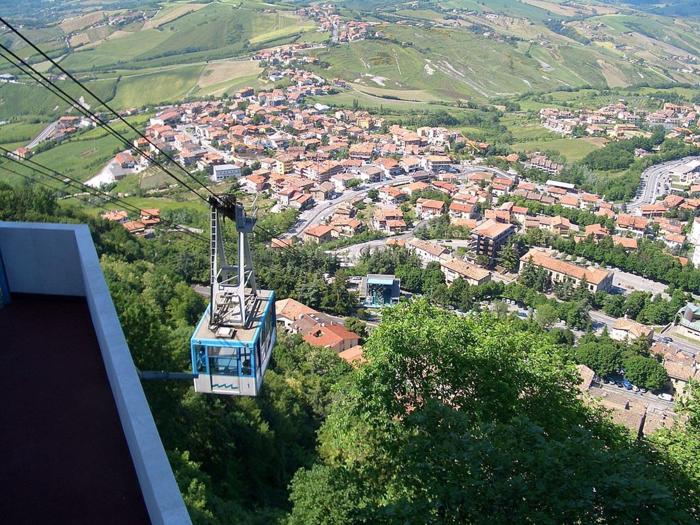 Hello and welcome to this tour of San Marino. In this hour long walking tour we will visit San Marino’s top locations and get a feel for this brilliant city. First of all we’ll visit the three distinct towers that have come to represent San Marino. A tower sits on each of the three summits of Monte Titano, the striking mountain in the centre of San Marino. We will also be visiting a number of churches and religious monuments which reflect the rich history of the city as well as the predominantly Catholic flavour of the country. Our tour will take you to the crossbowm 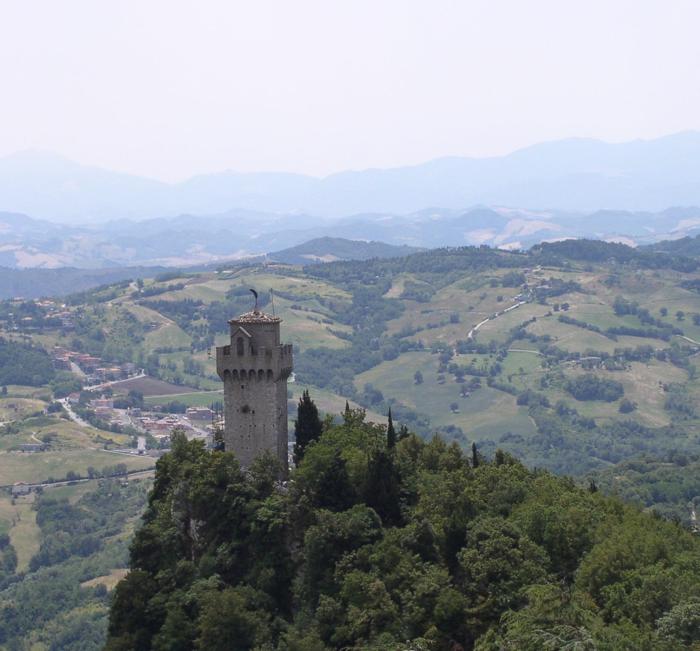 NOur trip starts here at Montale, the third of the three towers. Unlike the other two towers, this tower is privately owned and not open to the public, so you can’t venture inside it. It sits on the smallest of Monte Titano’s summits and is the most recently built. Although this is the smallest of

The Museo di Stato or state museum is a nice central point to pause and talk about Monte Titano where the historic city of San Marino proudly sits, as well as some of the exceptional local produce that comes from the area. The museum contains some archaeological findings from the Neolithic period an 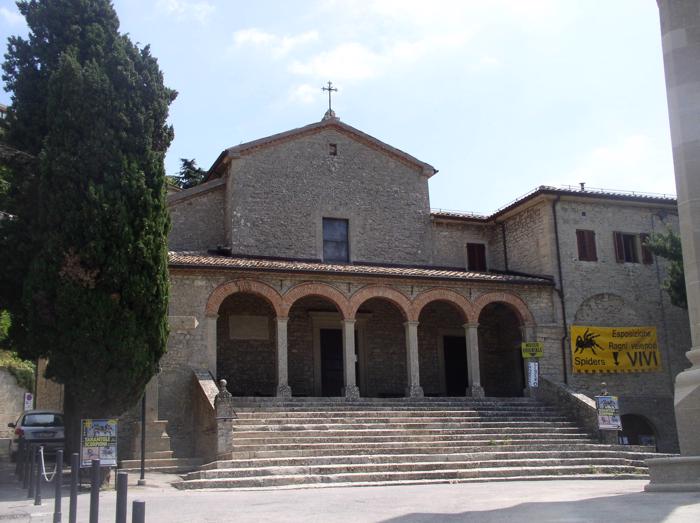 The Church of San Quirino

Chiesa dei Cappuccini (The Church of San Quirino) This Franciscan Capuchin church dates back to the mid 1500s. It was built on the site of a former church that had been erected to commemorate Fabiano da San Savino’s lack of success when trying to occupy the city. Like much of San Marino, this church 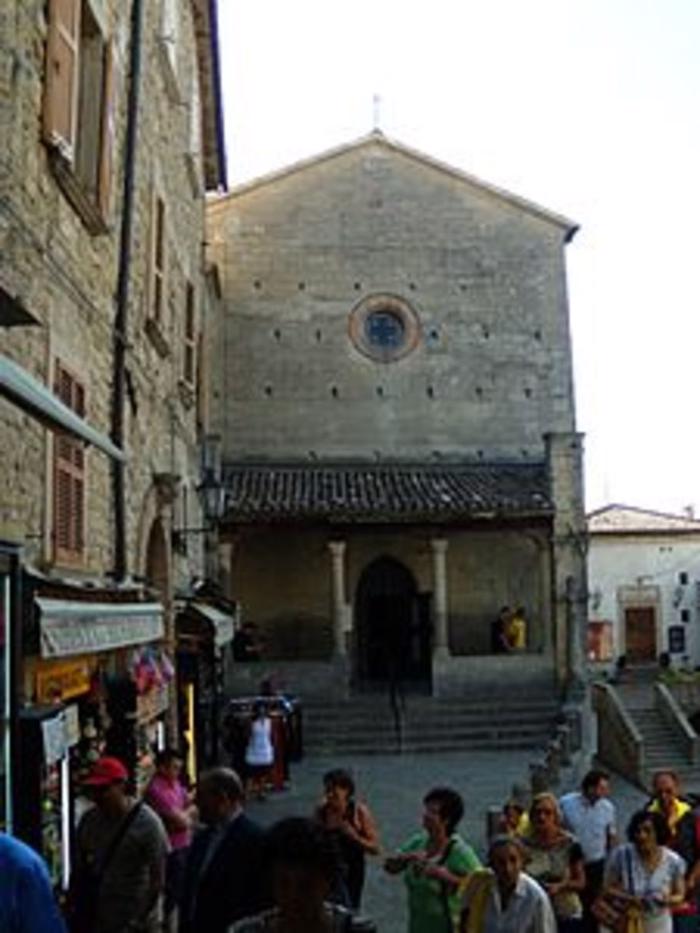 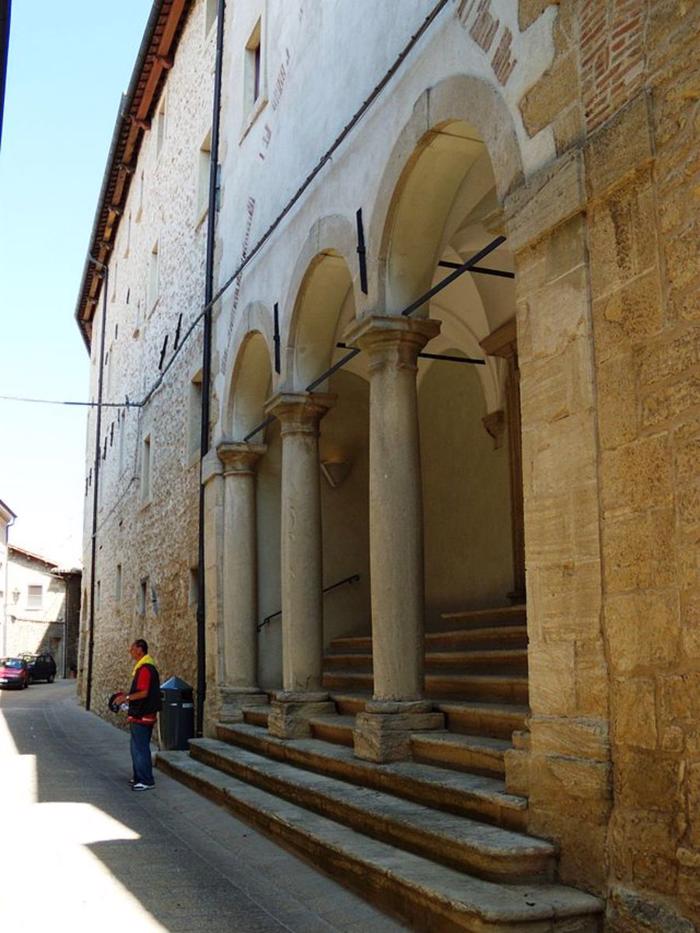 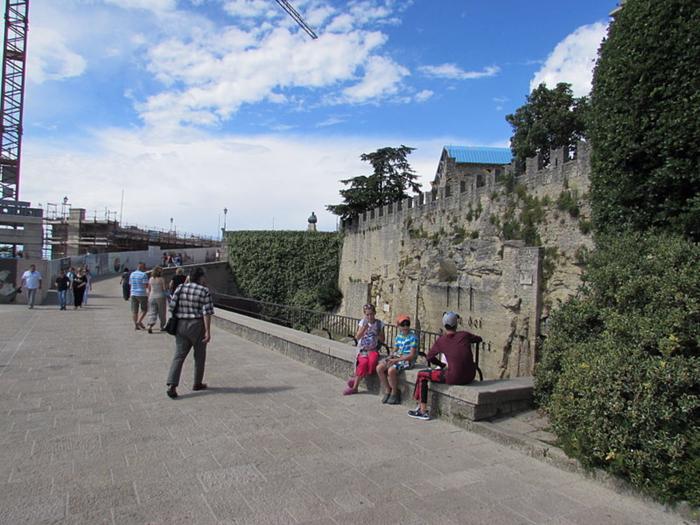 Cava dei Balestrieri - Crossbowmen’s Quarry There was a time when the Crossbow Corps was an important part of the San Marino military and although they are no longer used in warfare, there is still a group of around eighty voluntary members who make up the San Marino Crossbow Corps. They dress in tr 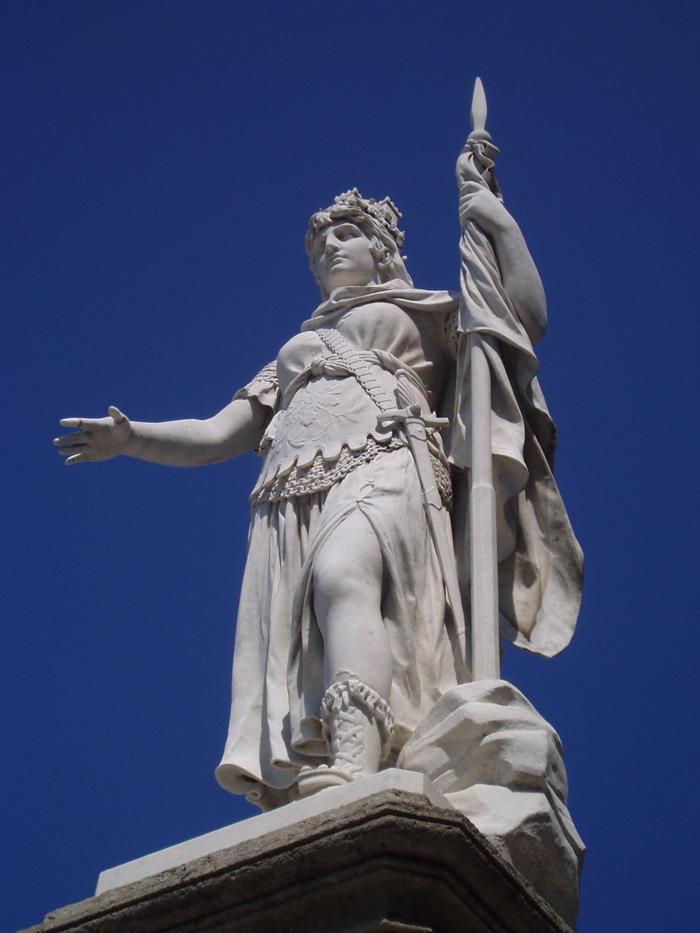 Piazza della Libertà In front of the public palace is the square that is known as Piazza della Libertà. Beneath your feet is where the water reserves of the entire population of San Marino were once housed. The ancient cisterns still remain below the ground, although they are no longer used for thi 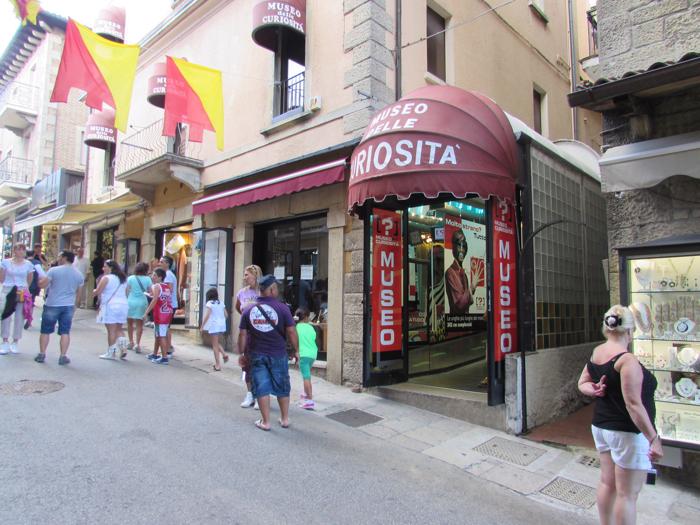 Museum of Curious Objects (Museo delle curiosità ) There are a number of museums around San Marino; in fact, the unique variety of exceptional museums is one of its selling points. We’ve already spoken about the Museum of Torture Instruments, the Museum of Emigration within the former Monastery of S 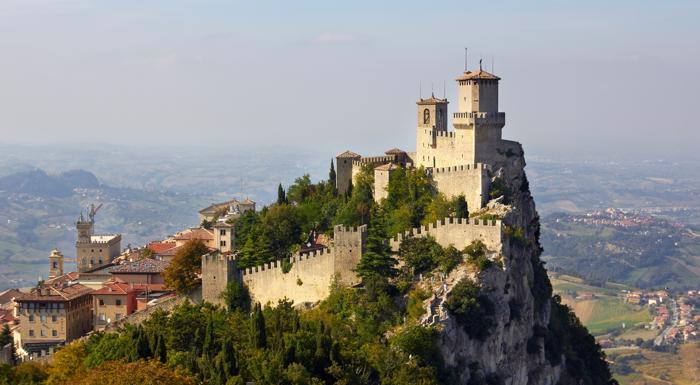 Guaita is one of three peaks which overlooks the city of San Marino, the capital of San Marino. The other two are De La Fratta and Montale. 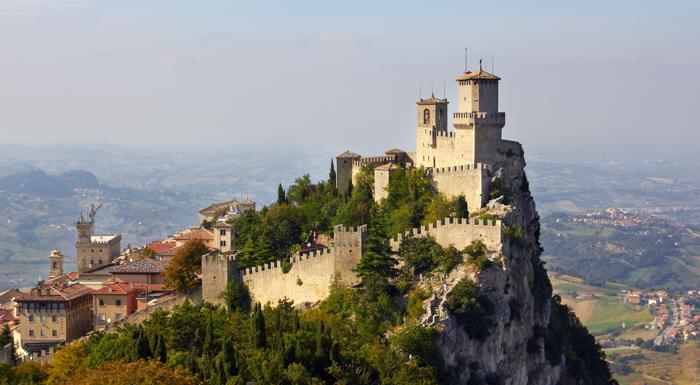 Monte Titano is a mountain of the Apennines and the highest peak in San Marino. It stands 739 m above sea level and is located immediately to the east of the capital, San Marino. It was inscribed as a UNESCO World Heritage Site in 2008 under the combined title "San Marino Historic Centre and Mount T