Discover the beauty of San Diego

Mild year-round weather, breathtaking beaches and an outstanding range of aquatic activities and attractions, San Diego is the holiday dream on the Mexican border.

San Diego
Mild year-round weather, breathtaking beaches and an outstanding range of aquatic activities and attractions, San Diego is the holiday dream on the Mexican border.
Take a self-guided tour 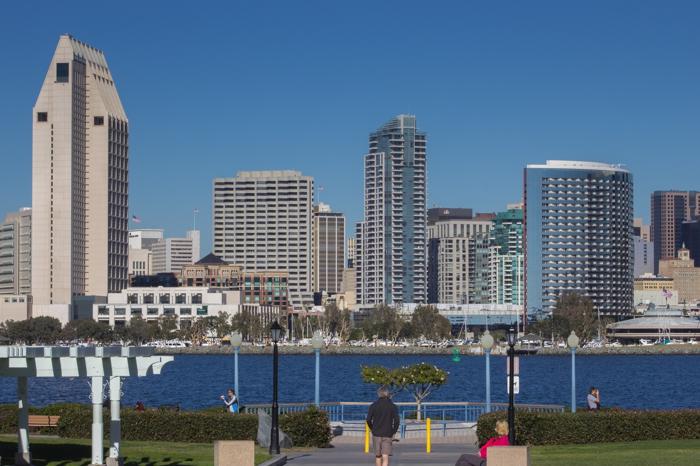 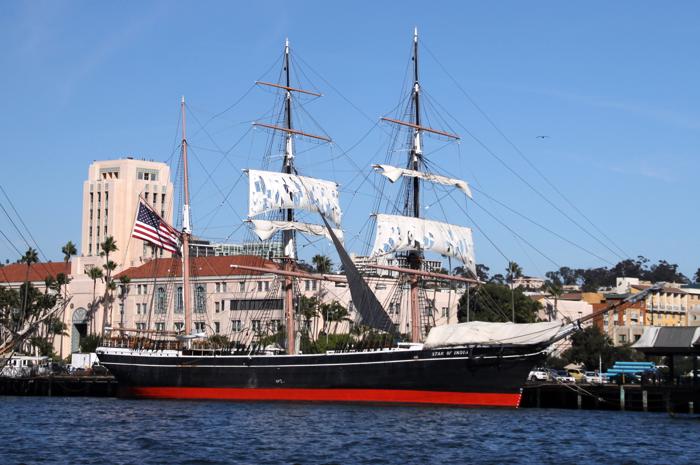 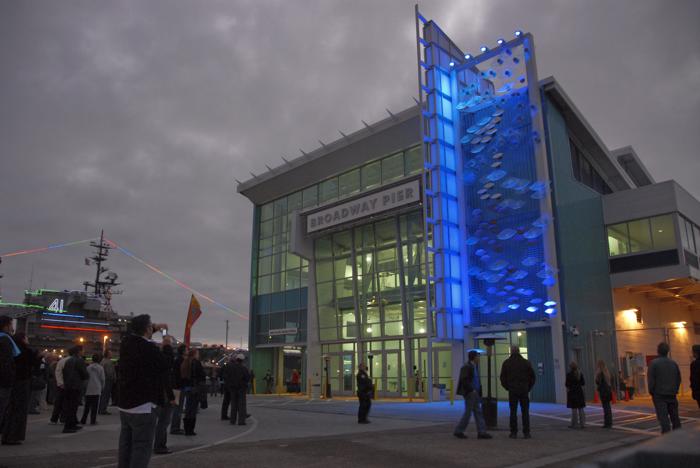 Diego is considered the “birthplace of California." European settlers first arrived here on the west coast in the mid-16th century. The area officially became part of the United States some 200 years later, at the end of the U.S.-Mexican War. Today, the city is famous for its near-perfect weather, miles and miles of pristine beaches, our proud history with the U.S. Navy and, of course, Sea World and the San Diego Zoo. But it’s also a city steeped in history. From the frontier days of the wild West to World War II on up to the thriving and diverse community of today, San Diego is 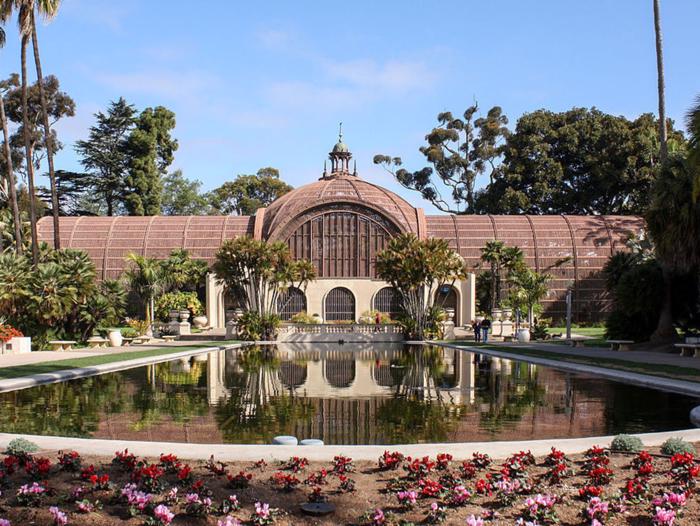 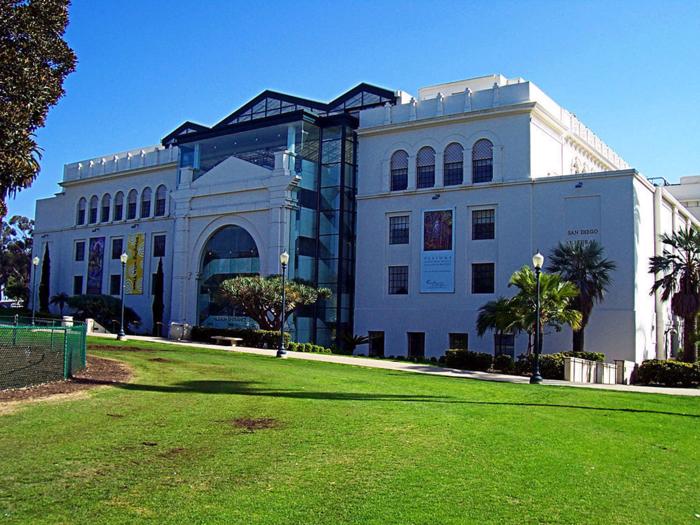 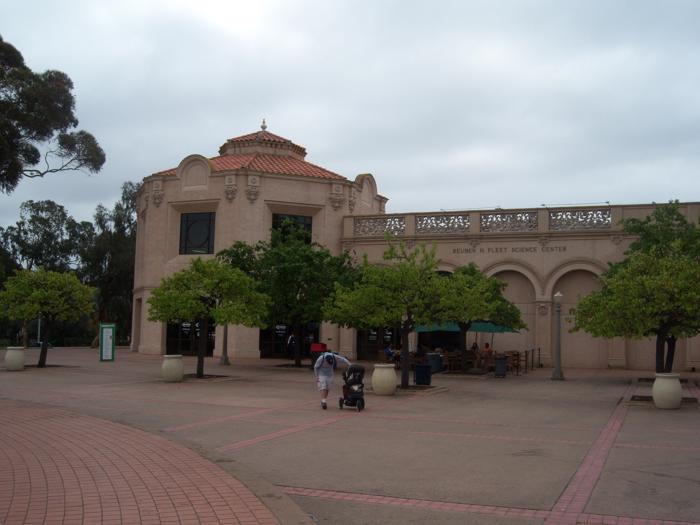 Welcome to San Diego’s Balboa Park!  As the nation’s largest urban, cultural park, Balboa Park is home to some of the finest scientific and cultural experiences in all of San Diego. From its exciting variety of museums and art venues, to its gardens and cultural centers, there’s never a shortage of entertainment.  On our walking tour through the park, we’ll explore San Diego’s rich, cultural legacy, one which dates all the way back to the turn of the 20th century.  Licenses:Photo “ 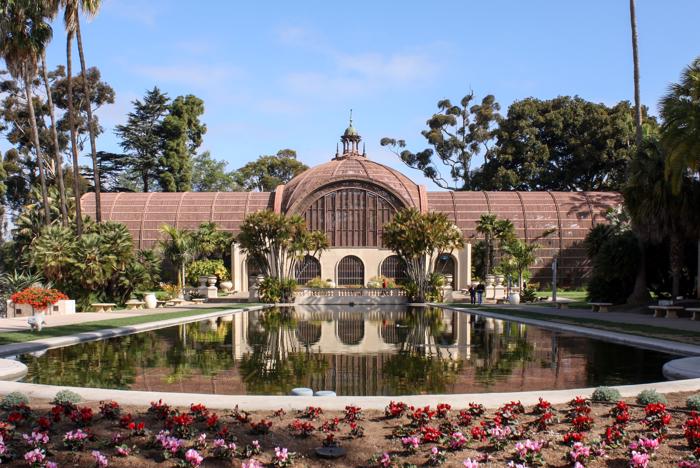 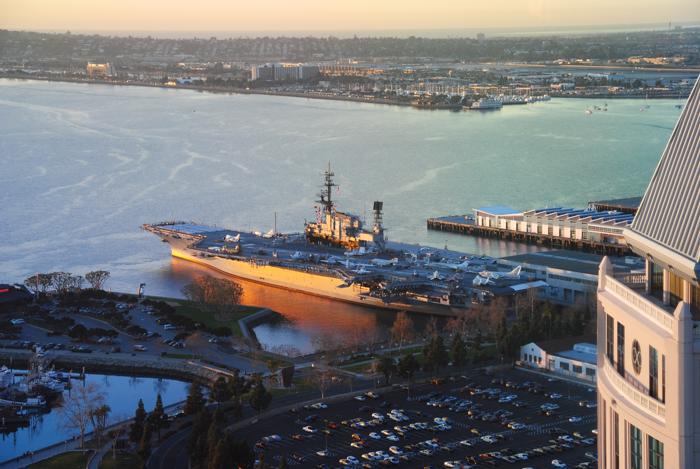 USS Midway is an aircraft carrier, formerly of the United States Navy, the lead ship of her class. Commissioned a week after the end of World War II, Midway was the largest ship in the world until 1955, as well as the first U.S. aircraft carrier too big to transit the Panama Canal. She operated for 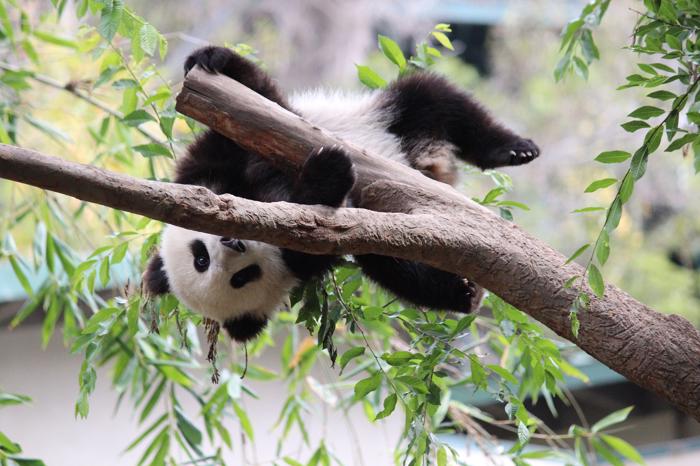 Visit one of the most famous zoos in the world with more than 3500 animals! There are several pavilions and exhibits, including Safari Park and a gondola lift called the Skyfari, from which you get wonderful views of the zoo. It is also one of the few places where you can see giant pandas. 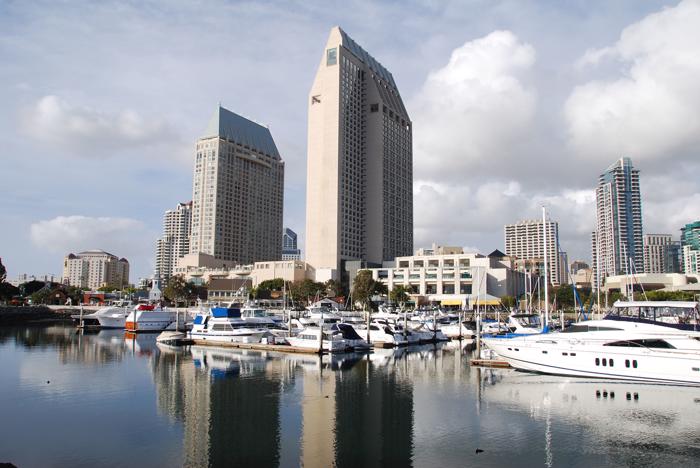 Seaport Village is a waterfront shopping and dining complex adjacent to San Diego Bay in downtown San Diego, California. It is located at 849 West Harbor Drive, at the intersection of Harbor Drive and Kettner.It houses more than 70 shops, galleries, and eateries on 90,000 square feet of waterfront p 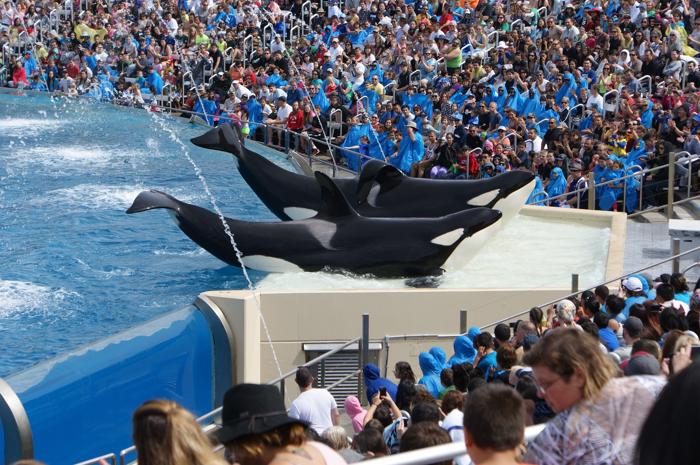 SeaWorld San Diego is an animal theme park, oceanarium, outside aquarium and marine mammal park, in San Diego, California, United States, inside Mission Bay Park. SeaWorld San Diego is a member of the Association of Zoos and Aquariums. Adjacent to the property is the Hubbs-SeaWorld Research Institu 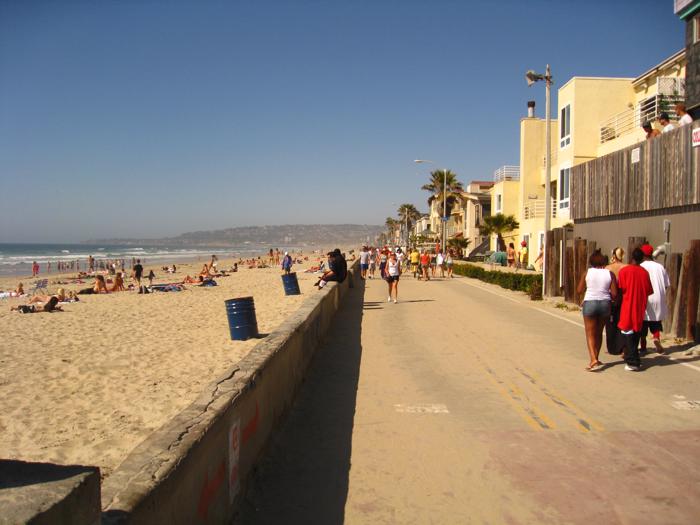 Also known as Oceanfront Boardwalk, this fabulous stretch of white sand is not to be missed. It is a perfect spot for bathing, doing various sports, people watching and enjoying the sun. The area might get a little crowded on sunny days. There are all the necessary facilities located here and also m 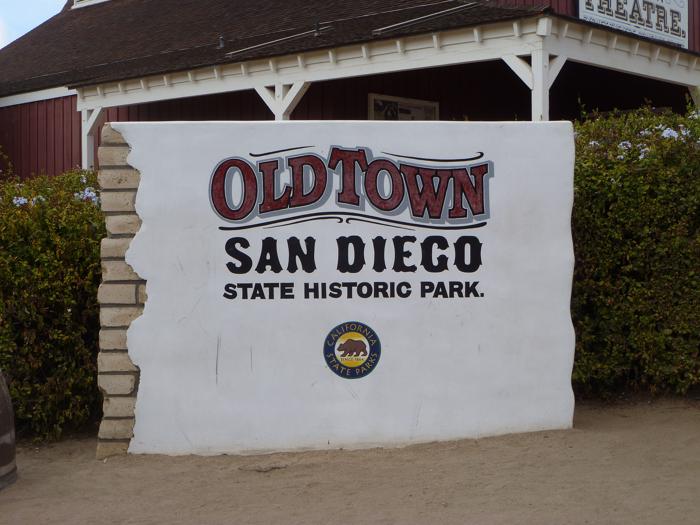 Old Town San Diego State Historic Park, located in the Old Town neighborhood of San Diego, California, is a state protected historical park in San Diego. It commemorates the early days of the City of San Diego and includes many historic buildings from the period 1820 to 1870. The park was establishe 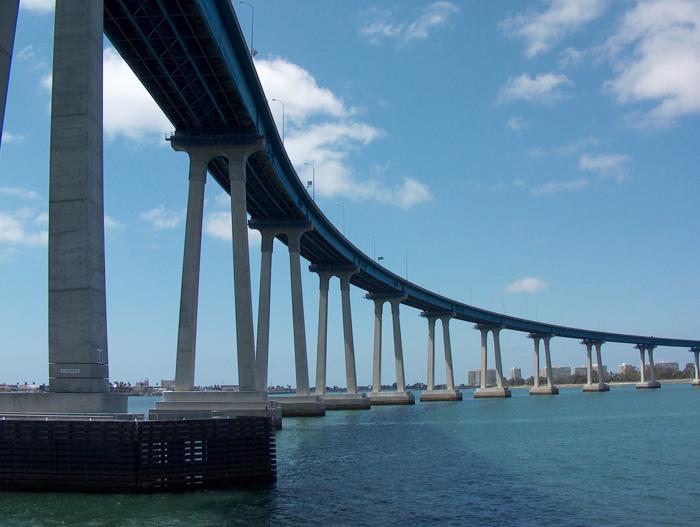 The San Diego–Coronado Bridge, locally referred to as the Coronado Bridge, is a prestressed concrete/steel girder bridge, crossing over San Diego Bay in the United States, linking San Diego with Coronado, California. The bridge is signed as part of State Route 75. 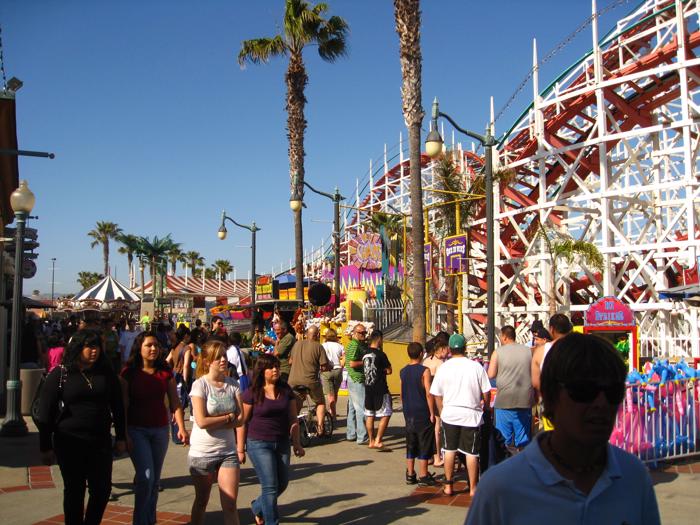 Belmont Park is a historic amusement park located on Ocean Front at Surfrider Square in the Mission Bay area of San Diego, California. The park was developed by sugar magnate John D. Spreckels and opened on July 4, 1925 as the Mission Beach Amusement Center. In addition to providing recreation and a 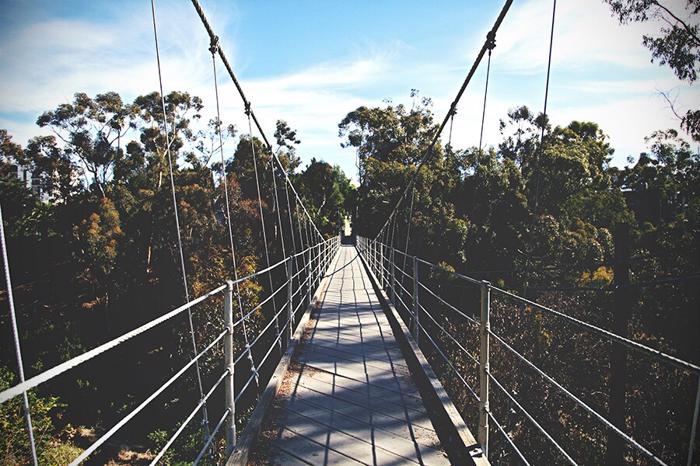