Discover the beauty of Pula

Pula is the oldest Croatian city on the Adriatic coast, where artifacts created before our era have survived. It is determined not only by picturesque beaches and a well-equipped resort area but also by historical monuments and cultural centers, where exhibitions and concerts are held. Pula is also a major port of the Istrian peninsula. Founded by the ancient Greeks, it flourished during the time of the Roman Empire, and this historical fact still attracts fans of ancient monuments to the city. It is interesting to relax here both for those who love active entertainment and for fans

Pula
Pula is the oldest Croatian city on the Adriatic coast, where artifacts created before our era have survived. It is determined not only by picturesque beaches and a well-equipped resort area but also by historical monuments and cultural centers, where exhibitions and concerts are held. Pula is al
Take a self-guided tour 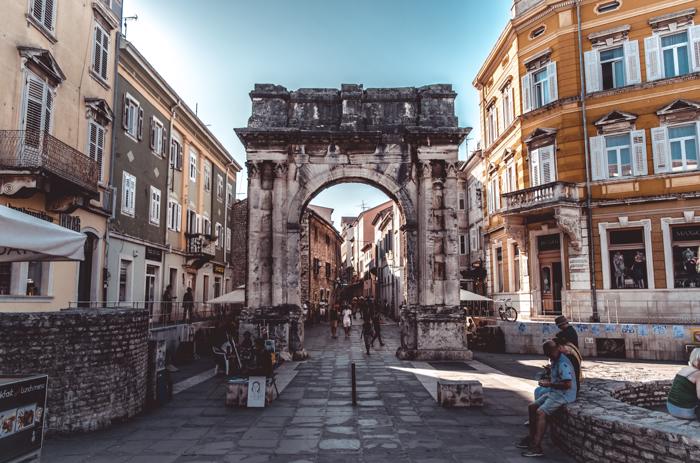 Pula in a Nutshell
Get the app
Start exploring right now: 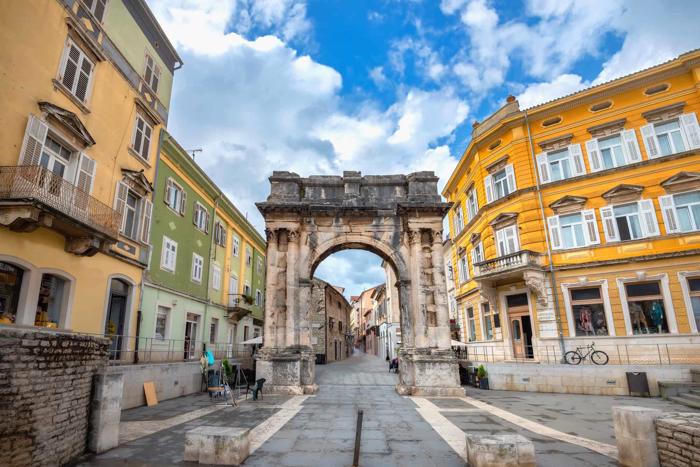 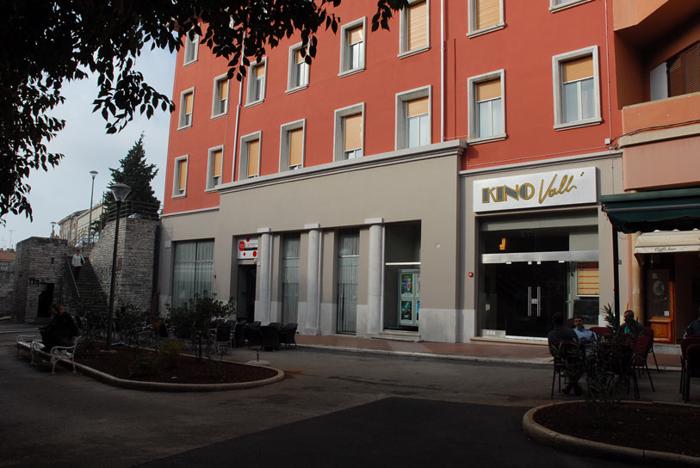 Pula in a Nutshell

Reveal the best of what Pula's city center offers during a pleasant and easy walk. You will meet remains of ancient times, modern works of art but also opportunities to expand your knowledge. 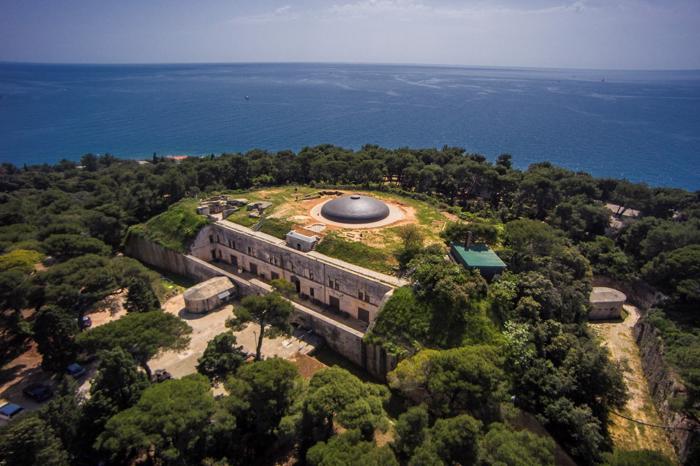 Aquarium Pula is a destination that will attract children as well as adults. Alongside the aquarium display, which in a uniquely interesting and educational way presents the natural and cultural history of Croatia, the aquarium setting is remarkable in its own right. Namely, it is housed in an Austr 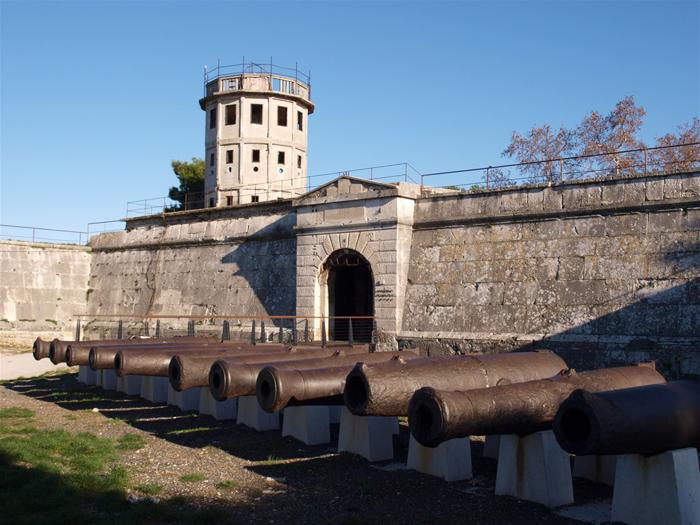 From the upper circular street one of the perpendicular paths leads to the top of the central hill of the city where a star-shaped castle with four bastions was built in 1630. Wishing to protect the city and its harbor, because of its great significance in maritime trade in the North Adriatic, the V

The Golden Gate was erected between the years 29 and 27 BCE by the Sergi family, in honor of three members of the family who held important positions in Pula at that time. This triumphal arch leaned against the city gate Porta Aurea thus called because of its richly ornamented arch or gilded element 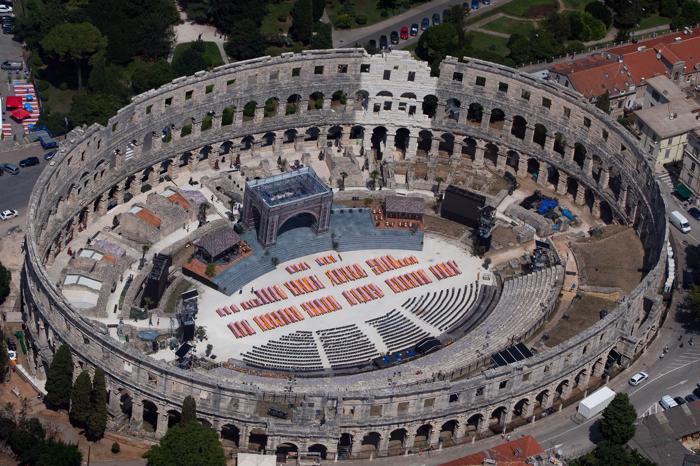 The most famous and important monument, the starting and ending point of every sightseeing tour is the Amphitheater, popularly called the Arena of Pula, which was once the site of gladiator fights. It was built in the 1st century CE during the reign of Emperor Vespasian, at the same time as the magn 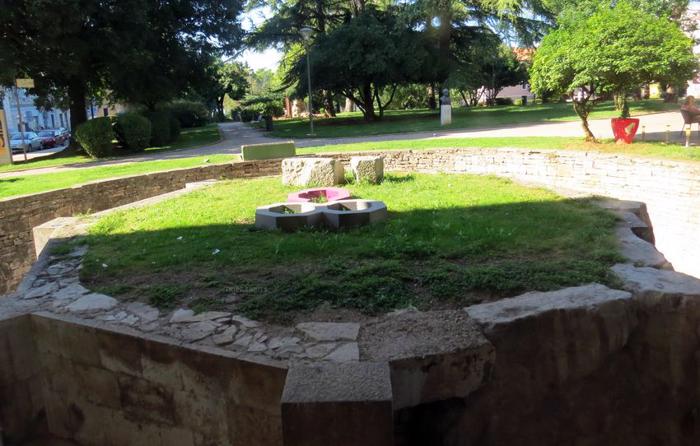 In close proximity to the Twin Gates, Archaeological Museum of Istria, and the city walls is the Octagonal mausoleum. This eight-sided mausoleum dates from the 1st century and only the remains of its lower part are visible today. Archaeologists believe that a tomb was located in its central part and 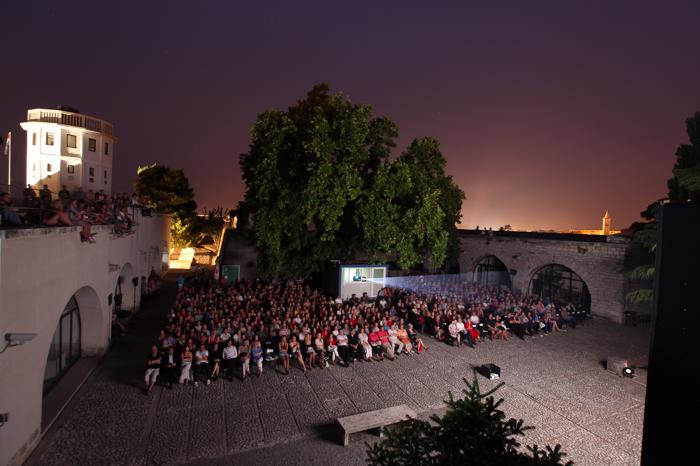 Historical and Maritime Museum of Istria 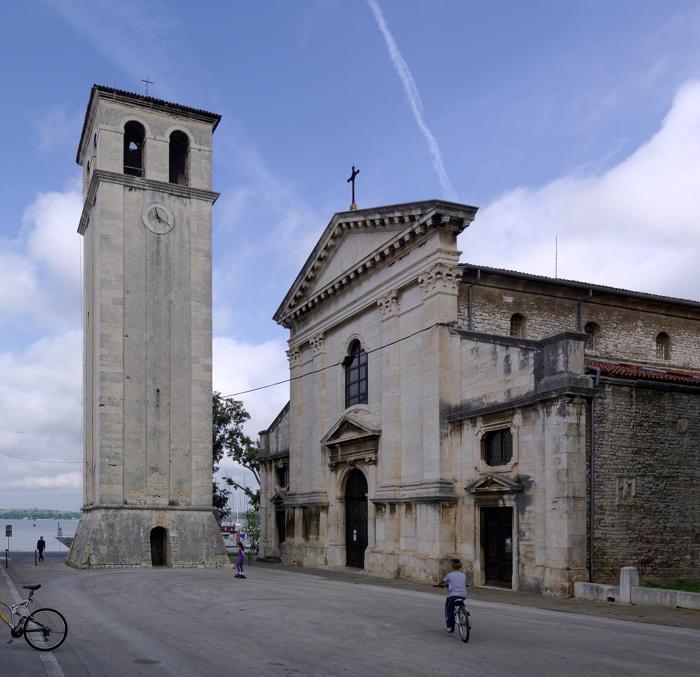 Cathedral of the Assumption of the Blessed Virgin Mary

Within the city, along the main street that from Flavia Street leads to the Forum, stands the Cathedral of Pula. It was built at the site where Christians gathered already in the time of their persecution (until the 4th century). With the ages, it grew larger and assumed its present-day shape in the 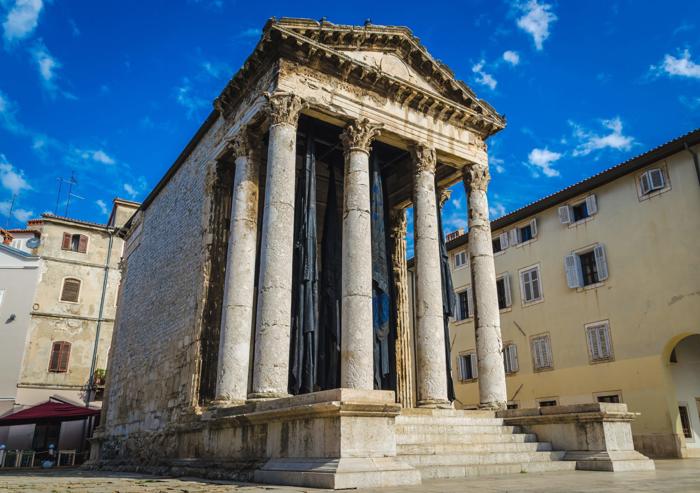 The Temple, situated in the Forum, is dedicated to goddess Roma and Emperor Augustus. It was constructed between the years 2 BCE and 14 CE when the Emperor died. According to its shape, it follows the typical pattern of temples. The function of the Temple changed through the years: with the ending 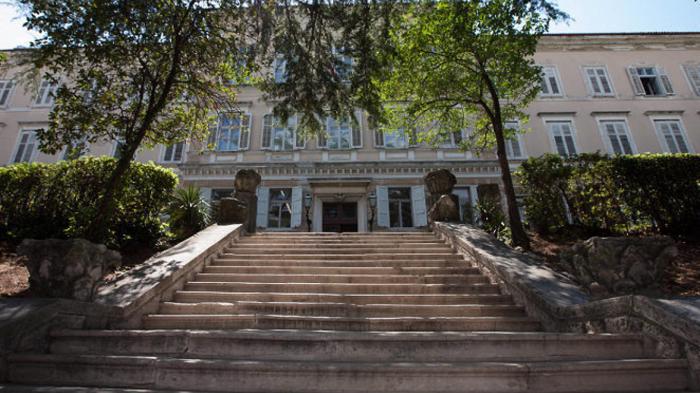 By collecting stone monuments in the Temple of Augustus in 1802, marshal Marmont began the founding of the museum collection in Pula. However, the discovery of stone, ceramic, and metal objects in Nesactium was the basis for founding the Museo Civico (City Museum) in Pula in 1902. After the seat of 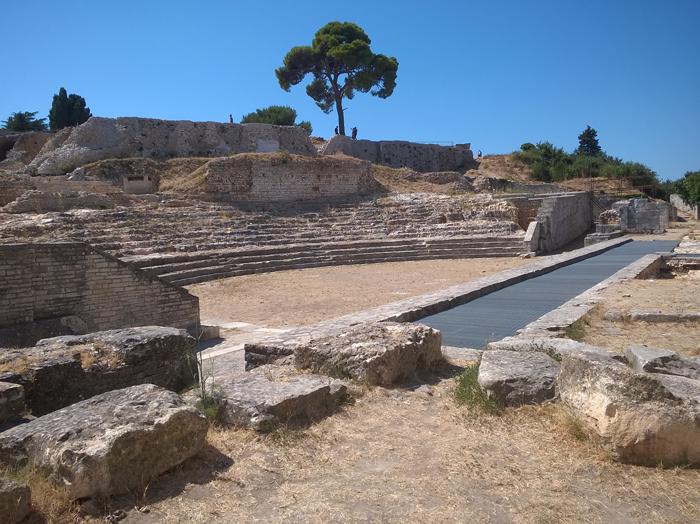 On the northeastern slopes of the central hill of the city, below the Castle are the remains of a Roman theater: in addition to the Amphitheater, Pula had two other theaters during the Roman period. The larger one, which has not been preserved, was situated outside the city, on the slopes of Zaro hi 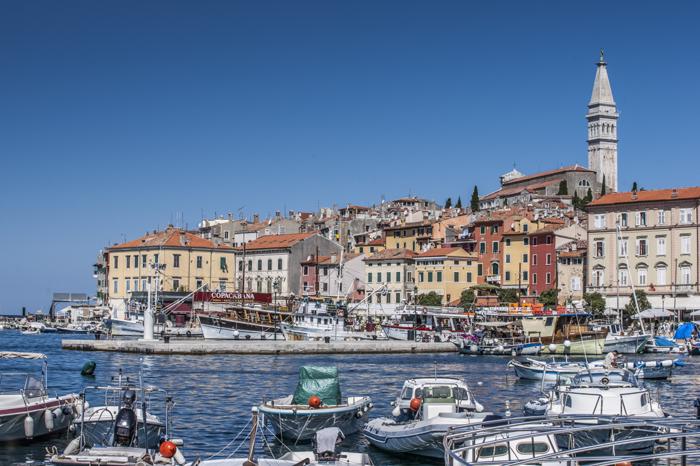 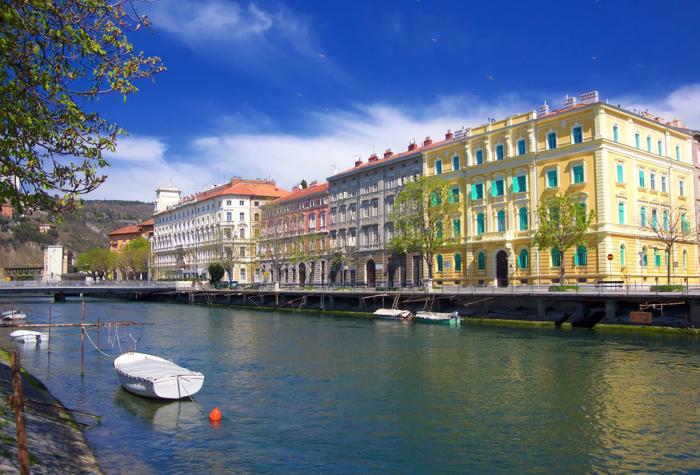 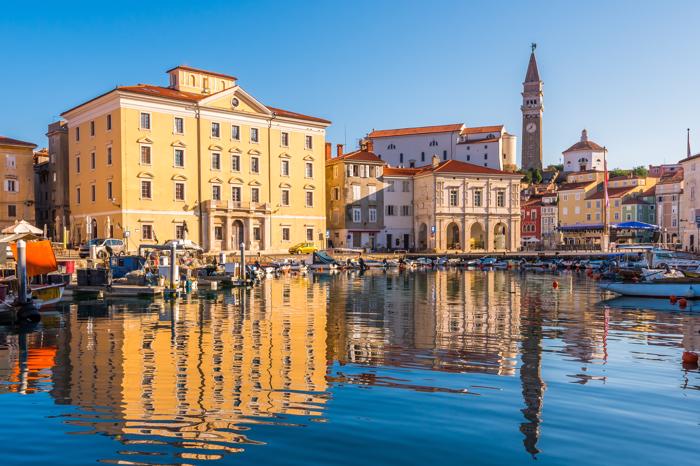 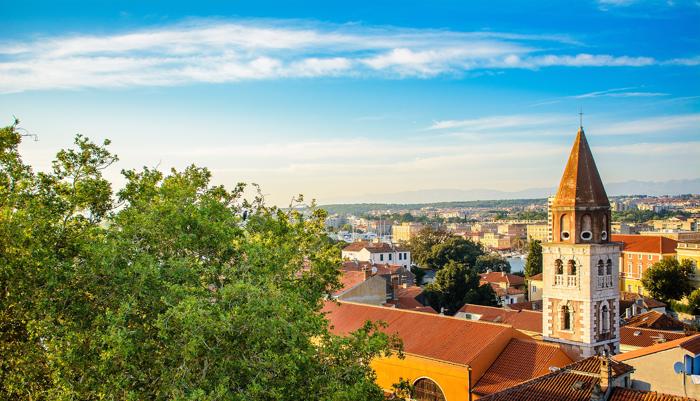 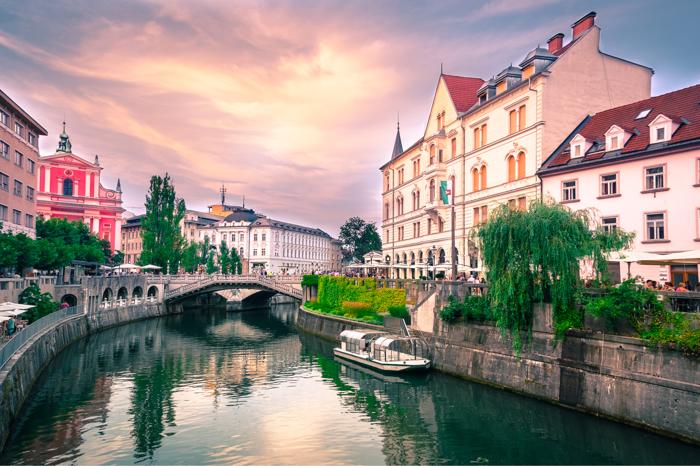 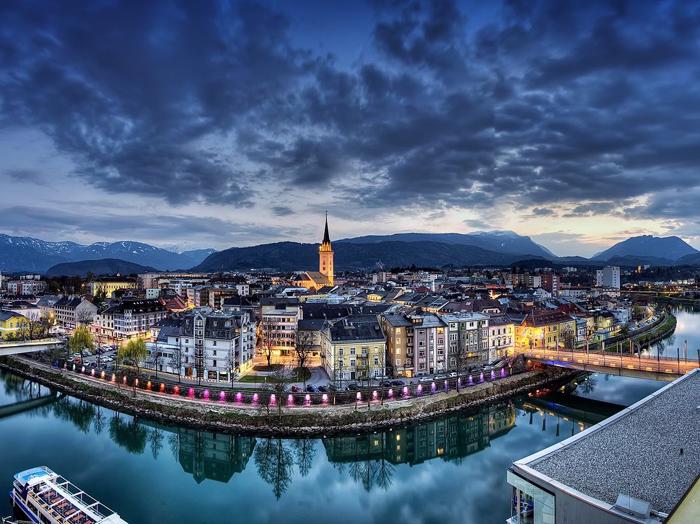