Discover the beauty of Pisa

Known the best for its Leaning Tower, Pisa is home to over 20 historic churches, bridges, and medieval palaces, all reminiscent of its golden era as one of Italy's foremost maritime republics.

Pisa
Known the best for its Leaning Tower, Pisa is home to over 20 historic churches, bridges, and medieval palaces, all reminiscent of its golden era as one of Italy's foremost maritime republics.
Take a self-guided tour 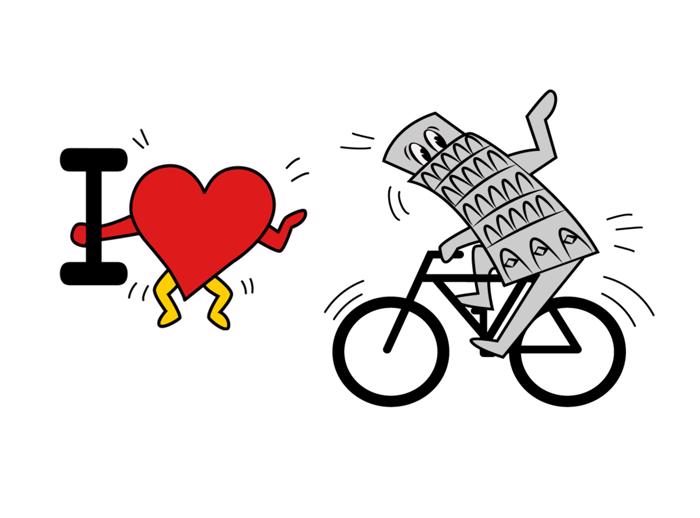 More then Leaning Tower by Bike
Get the app
Start exploring right now: 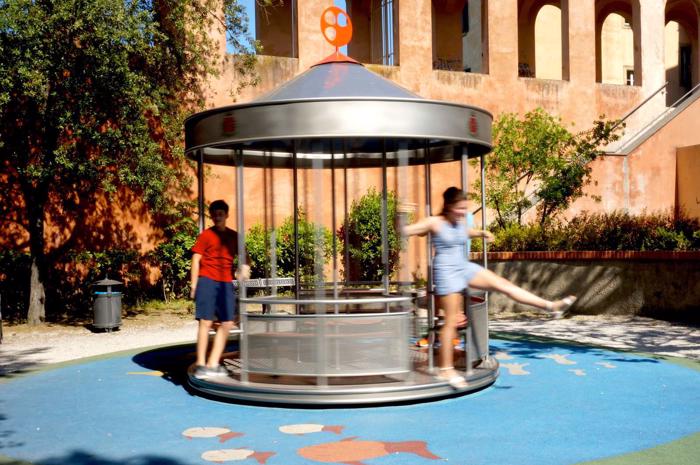 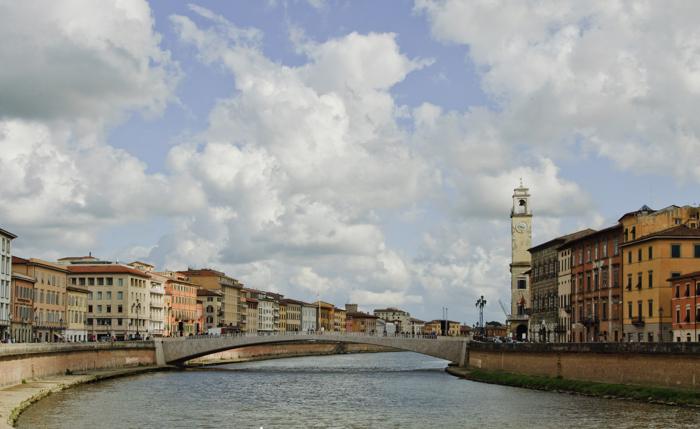 More then Leaning Tower by Bike

Famous for its Leaning Tower, Pisa is an historic picturesque town in the heart of Tuscany. The visit to the Tower and the stunning Miracle's Square is a must; but there is much more to discover, and by bike, is the best way to do it. 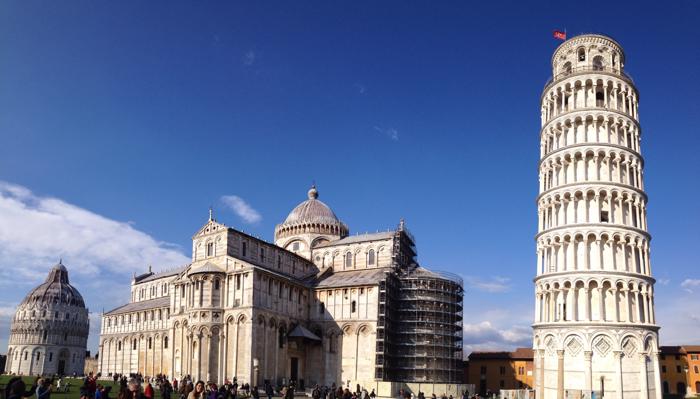 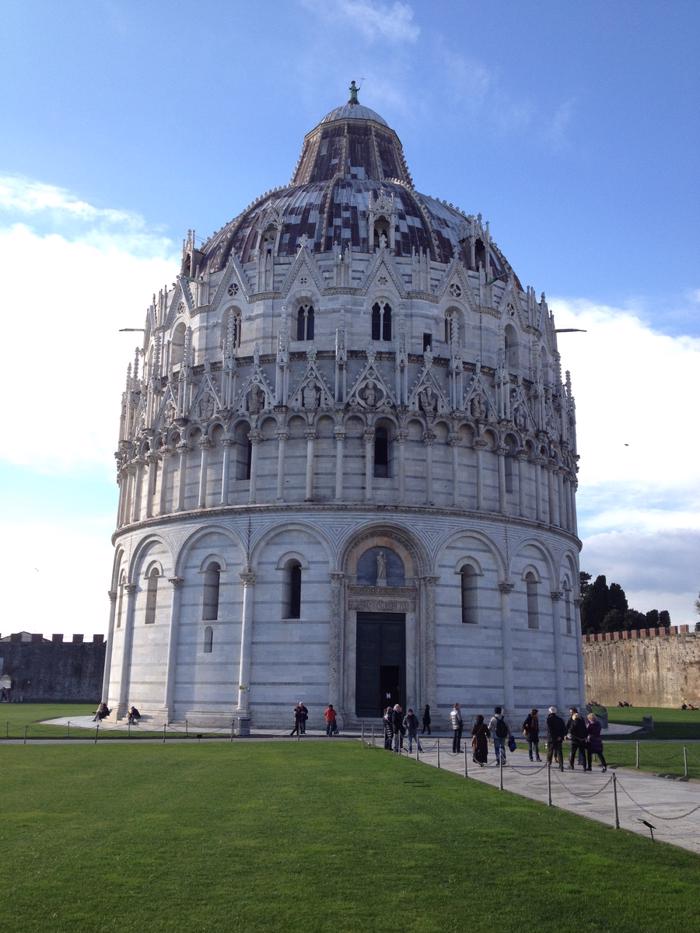 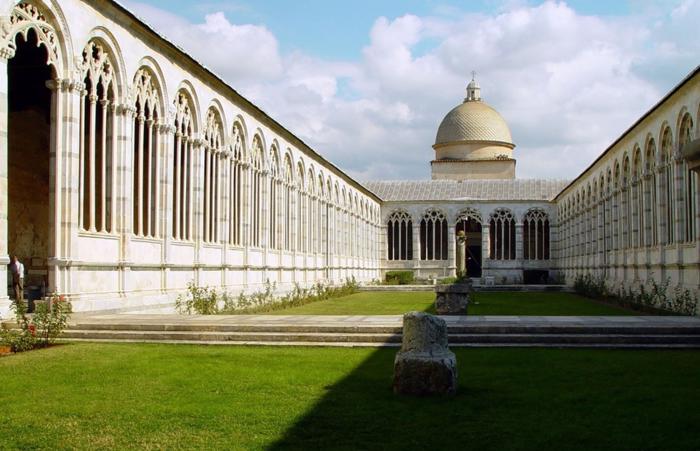 Pisa is a world-famous city for its Leaning Tower and for Galileo Galilei experiments. Situated in the Central Italy, in Tuscany, with the population less than 90 000 citizens every year the city attracts about 800 000 tourists from all over the world, including Italians themselves. The centre of Pisa is the most popular among the visitors, but once you arrive in the city to see the Leaning Tower you would discover many other historic places. Tourists usually even do not know about the huge heritage of Pisa – there are more than 20 historic churches, many of its palaces belonged 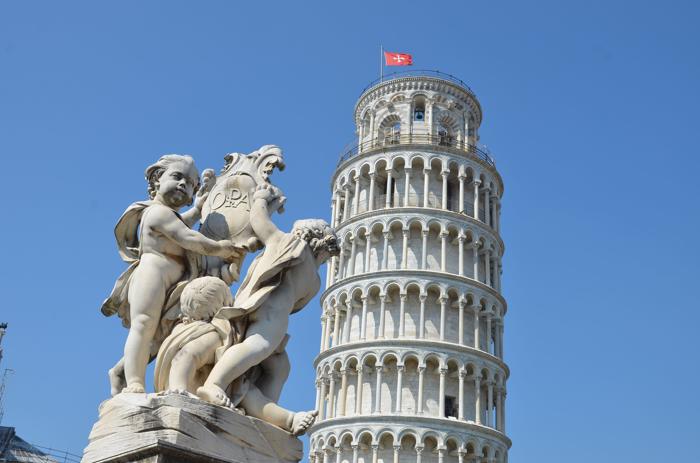 One of the most iconic landmarks in the entire Italy, this tower stands to prove that sometimes, even the impossible can be made to happen. Works on this seven-floors-high tower started in 1173. Soon after, in 1178, it became evident that the tower had started to tilt due to the unstable ground un 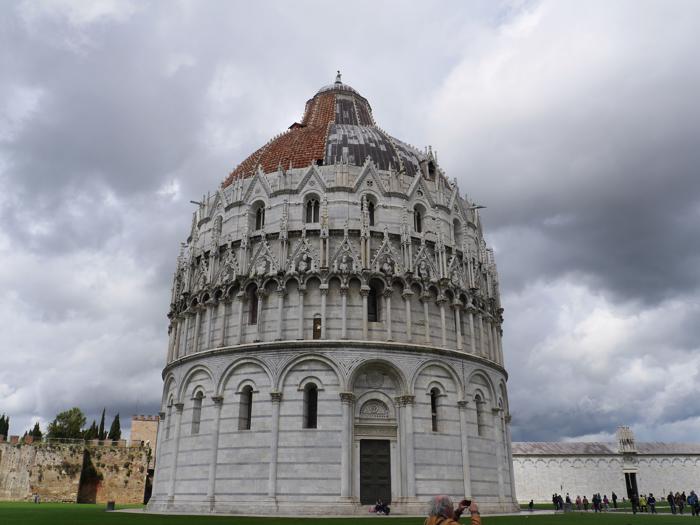 With its height of 55 metres, this building is the largest baptistery in Italy. Thanks to its shape, it has extraordinary acoustics, which is demonstrated every 30 minutes by a person on duty, who sings a few notes. The structure of this building is quite extraordinary. The bottom half was built ac 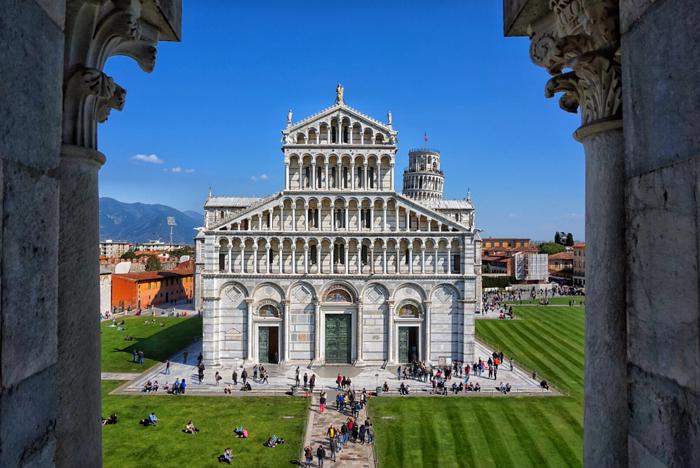 This cathedral, built in 1118, is one of Italy's most elegant buildings and cannot be missed when visiting the city. This building is a true architectural gem, in and out. The Arab influence is visible on the outside facade, which is covered by white marble. The interior will leave you speechless, 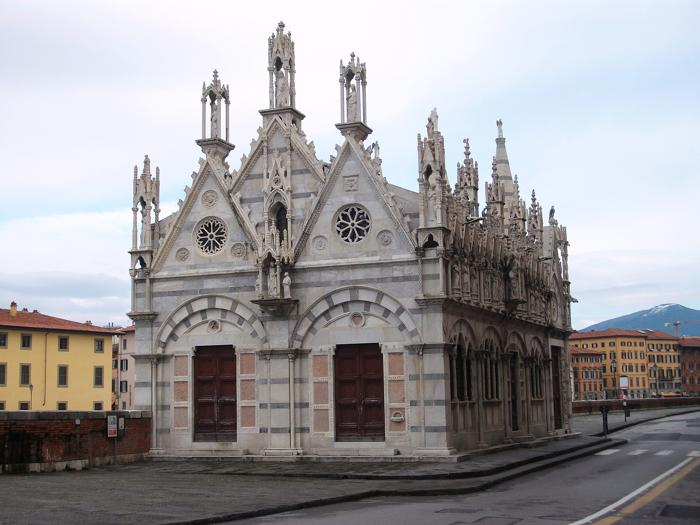 Situated on the riverbank, this charming church dating to the 13th century will catch your eye immediately. Despite being relatively small, it is often considered to be one of the finest examples of Gothic architecture in the country. Be sure to stop by and marvel at the exquisite facade, arches, an 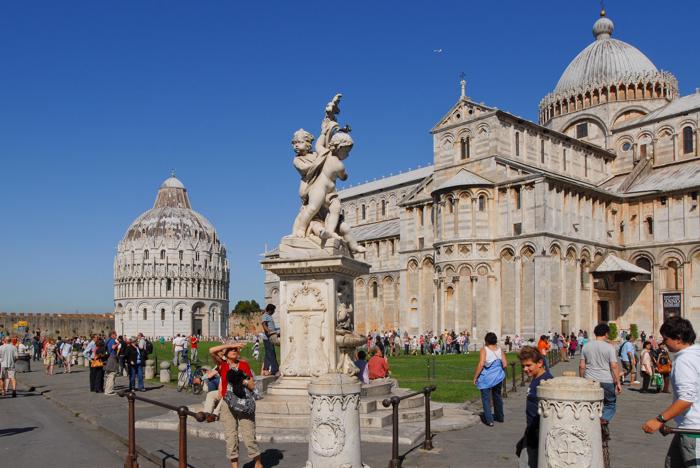 Also known as Piazza dei Miracoli, this is the ground that connects several of probably the most famous landmarks in Italy. Housing the Pisa Cathedral, the Pisa Baptistry, the Camposanto Monumentale, and - of course - the leaning tower of Pisa, this square offers you a day-long experience in such a 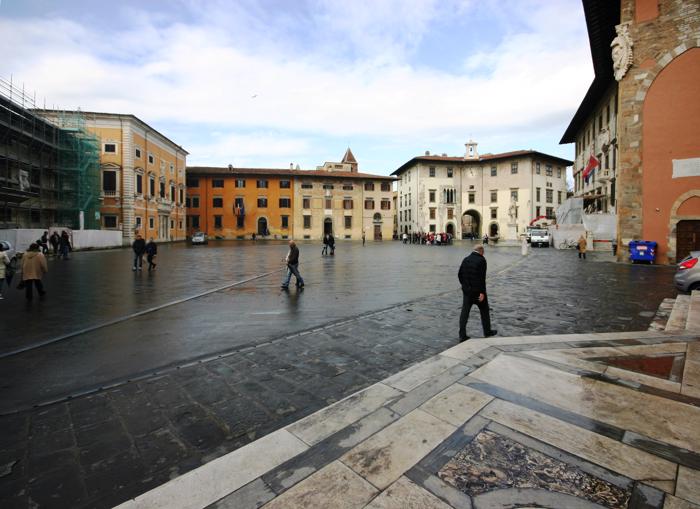 This picturesque square used to have great political significance in the medieval times. Later, it became a center of higher education in Pisa. Not so crowded as other famous piazzas in the city, this square is well worth visiting for the majestic historical buildings that envelop it. 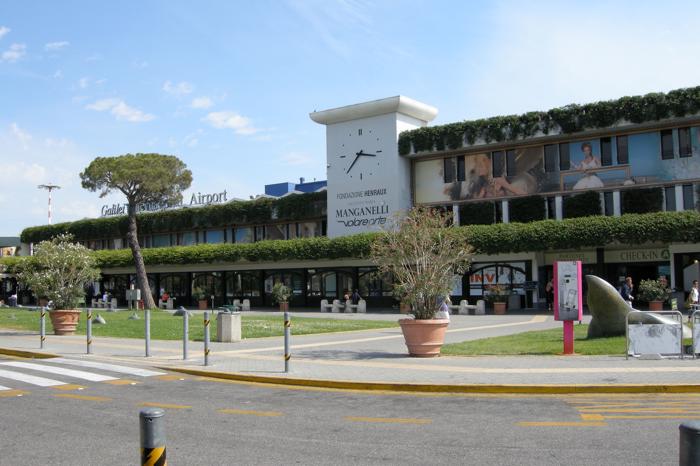 Located 1 km from the city, this is the main airport of Tuscany. The easiest way to get to/from the airport is via a newly built public service, People Mover, which connects the airport with Pisa Central railway station. It operates daily from 6 am to midnight and runs every 5-8 minutes. 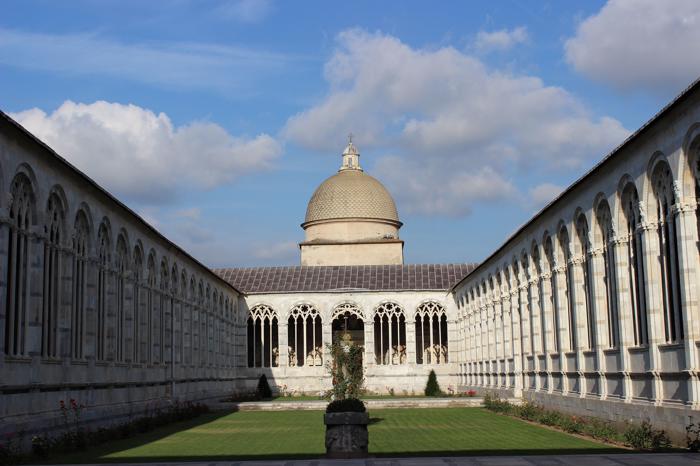 Literally "Holy Field", this peaceful cemetery holds the sacred soil from Golgotha. Built in the 13th century, it served as a burial place for wealthy Pisans. It is enveloped by beautiful arcades with many frescoes. Enjoy a tranquil stroll and marvel at imposing funerary monuments, historical sarcop 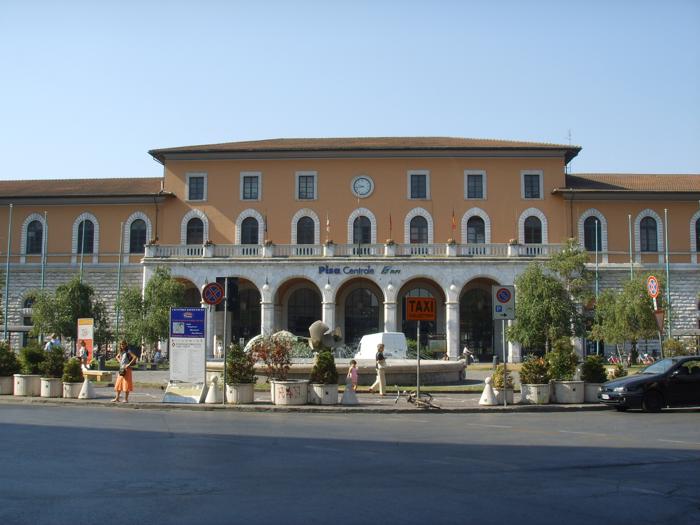 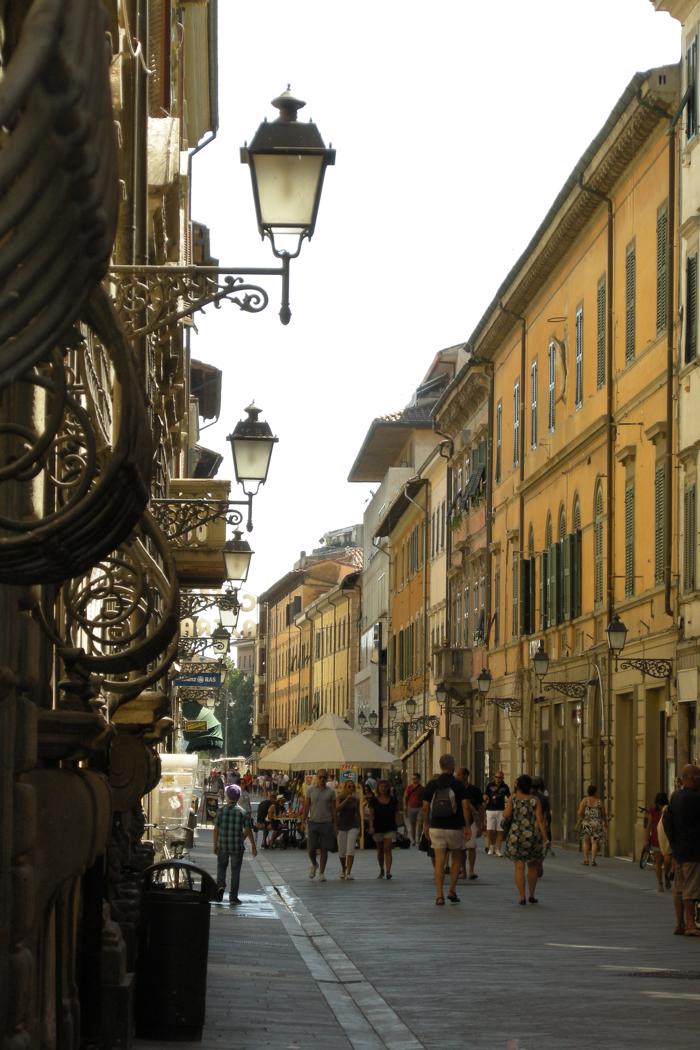 Situated in the heart of the city, this street is one of the most popular shopping destinations. Lined with an array of shops of both local and international brands, numerous restaurants and petit cafés housed in beautiful buildings, this lively street can easily satisfy all your needs. Being predom