Discover the beauty of Philadelphia

Philadelphia, the City of Brotherly Love, is full of history on every corner. Learn about the Liberty Bell, Independence Hall, while visiting the Philadelphia Museum of Art and exploring the city.

Philadelphia
Philadelphia, the City of Brotherly Love, is full of history on every corner. Learn about the Liberty Bell, Independence Hall, while visiting the Philadelphia Museum of Art and exploring the city.
Take a self-guided tour 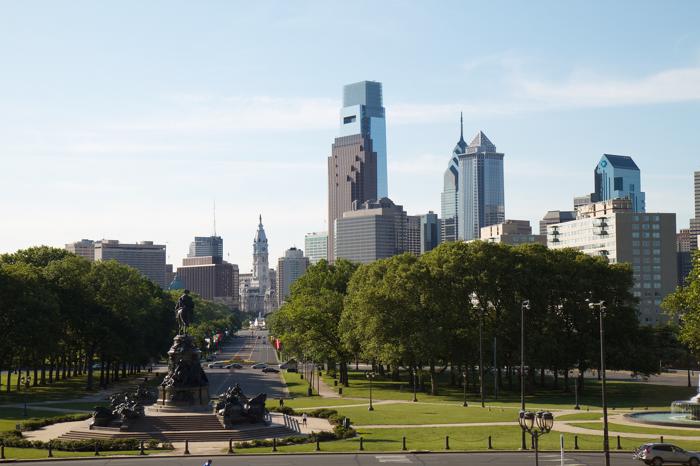 Birth of a Nation: Exploring Philadelphia
Get the app
Start exploring right now: 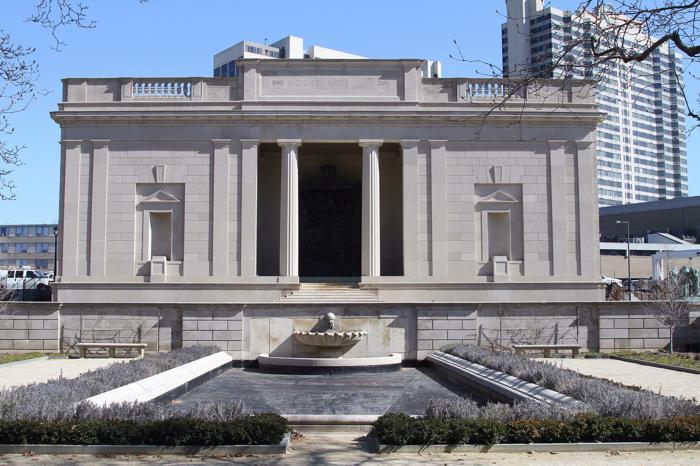 Birth of a Nation: Exploring Philadelphia

Welcome to the city of brotherly love, the cradle of liberty, Quaker city, the city that loves you back, the birthplace of America. Philly. From its earliest beginnings, Philadelphia has been a beautiful, vibrant city. Founded by William Penn in 1682, the city quickly developed a rich and vivid role in shaping American culture. Penn himself laid the plans for some of its major buildings and thoroughfares, many of which, thanks to the city’s excellent preservation efforts, are still standing today. But it doesn’t stop there – Philadelphia’s commitment to t 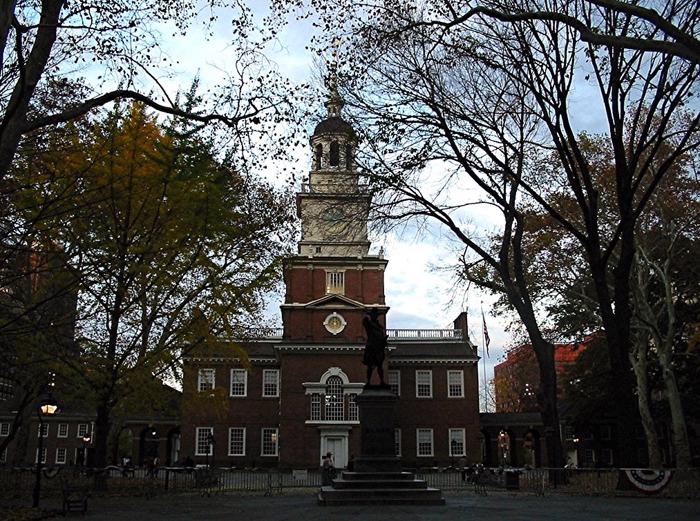 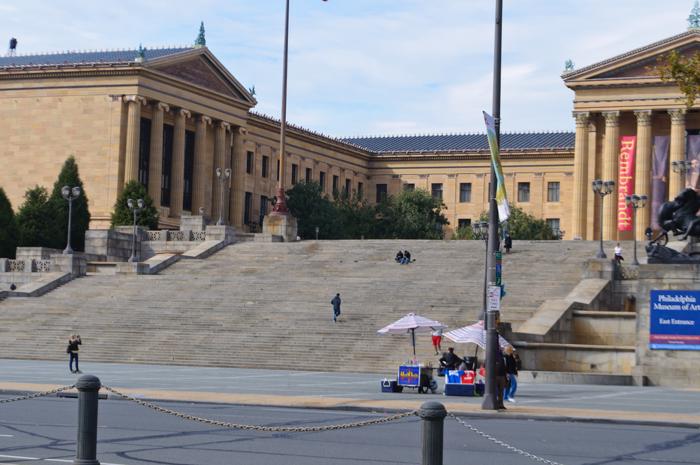 The 72 stone steps before the entrance of the Philadelphia Museum of Art, in Philadelphia, Pennsylvania, have become known as the "Rocky Steps" as a result of the scene from the film Rocky. Tourists often mimic Rocky's famous climb, a metaphor for an underdog or an everyman rising to a challenge. A 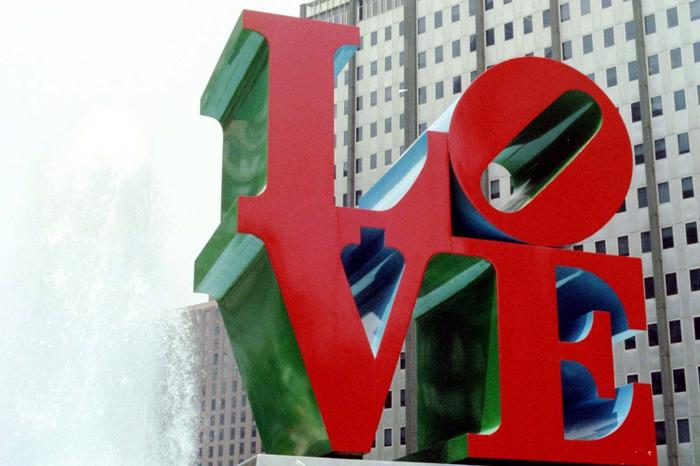 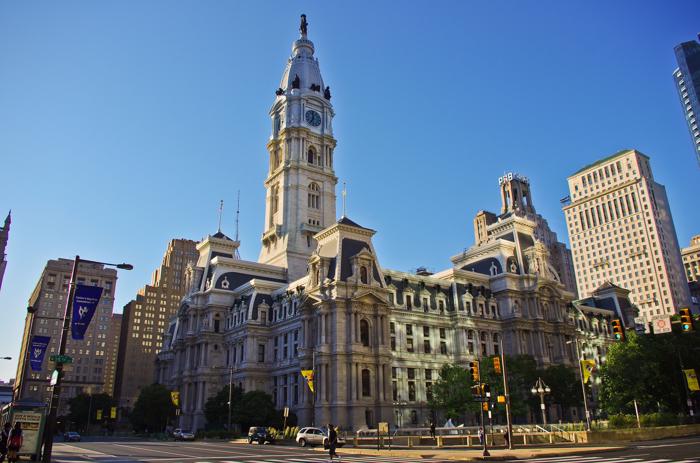 This masonry building is designed in the Second Empire style, which was popular in the latter half of the 19th century. It serves as the seat of the government of the city of Philadelphia and it is, in fact, the largest municipal building in the US. The city hall was the tallest building in Pennsyl 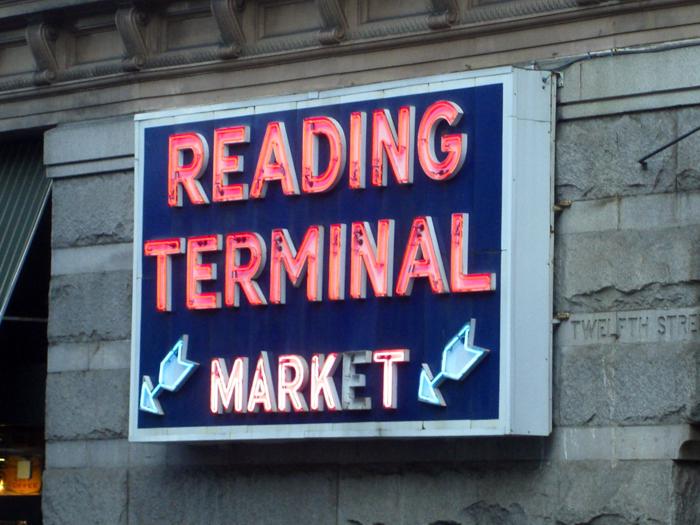 Reading Terminal Market is an enclosed public market located at 12th and Arch Streets in Center City Philadelphia, Pennsylvania. It opened originally in 1893 under the elevated train shed of the Reading Railroad Company after the city of Philadelphia advocated to move public markets from the streets 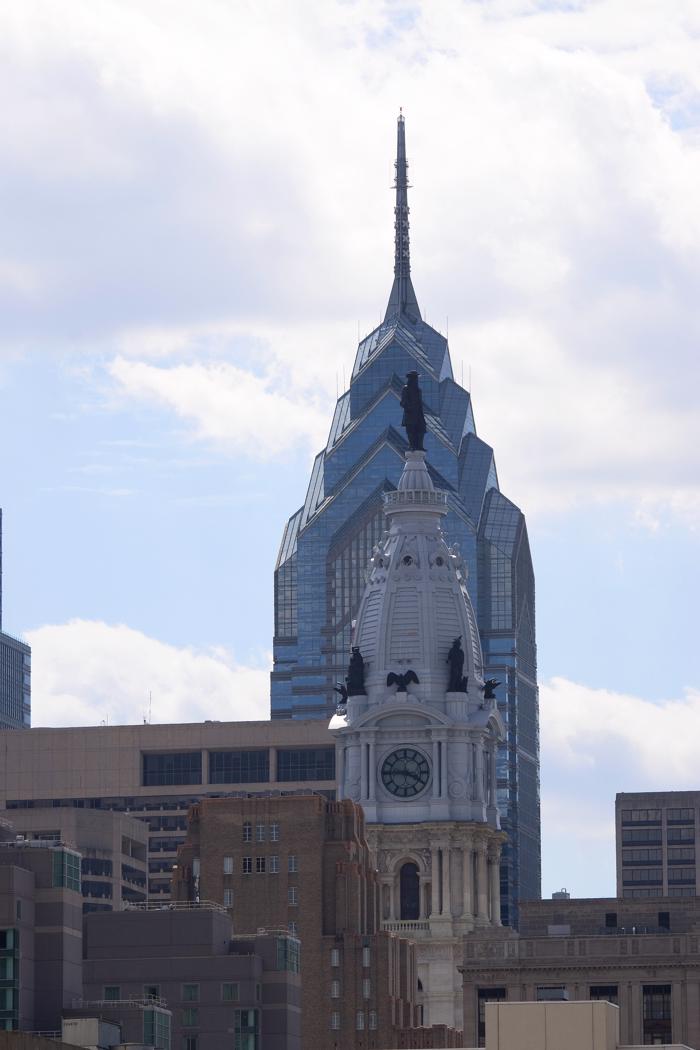 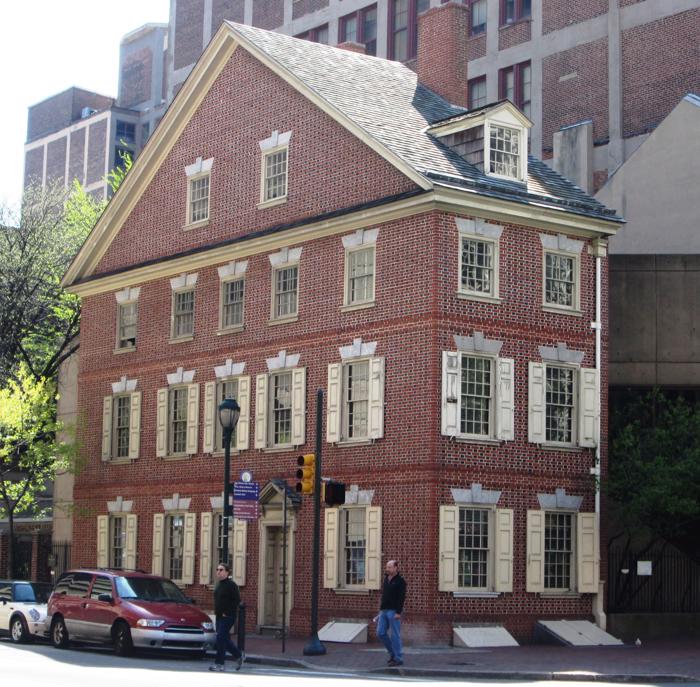 Faithful replica of the original building where Jefferson wrote the Declaration of Independence. Also known as Graff House. 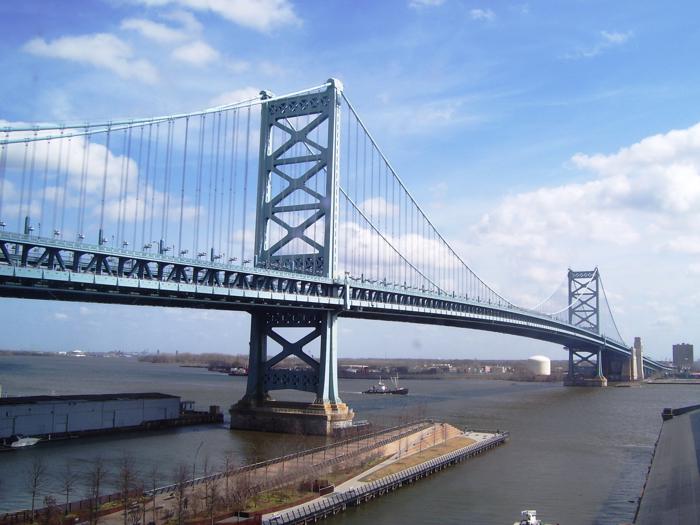 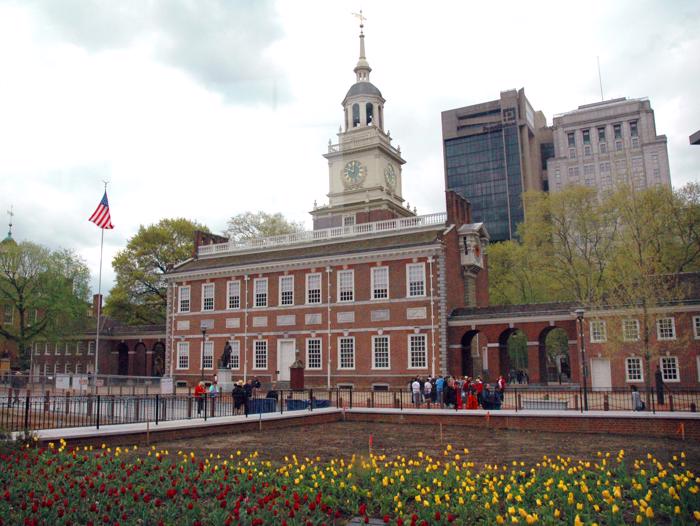 Independence National Historical Park is a United States National Park in Philadelphia that preserves several sites associated with the American Revolution and the nation's founding history. Administered by the National Park Service, the 55-acre park comprises much of Philadelphia's most-visited his 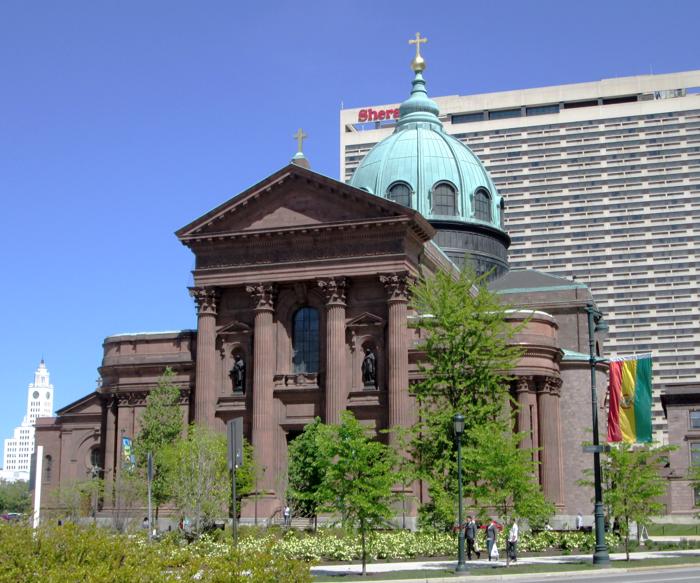 Cathedral of Saints Peter and Paul

The Cathedral Basilica of Saints Peter and Paul, head church of the Roman Catholic Archdiocese of Philadelphia, is located at 18th Street and the Benjamin Franklin Parkway, on the east side of Logan Square in Philadelphia. It was built between 1846 and 1864, and was designed by Napoleon LeBrun, fro