Discover the beauty of Perth

Dive into this progress city through the beautiful beaches, delicious food, and amusing attractions. From Swan Valley to Fremantle Prison, Perth truly offers it all! 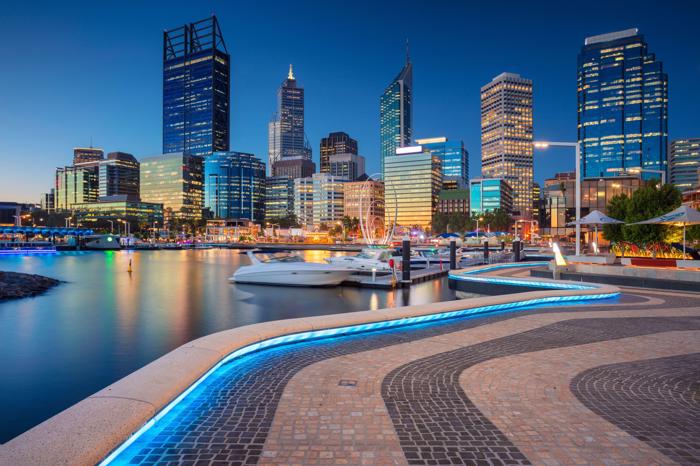 Perth
Dive into this progress city through the beautiful beaches, delicious food, and amusing attractions. From Swan Valley to Fremantle Prison, Perth truly offers it all!
Take a self-guided tour 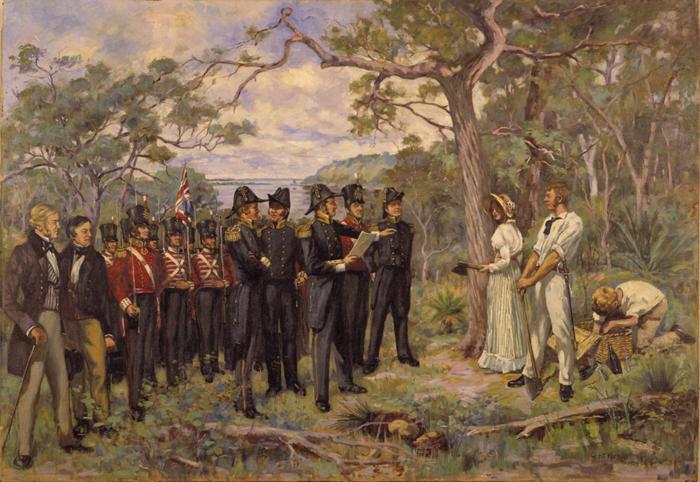 Beneath the Surface: Perth's Layered Heritage
Get the app
Start exploring right now: 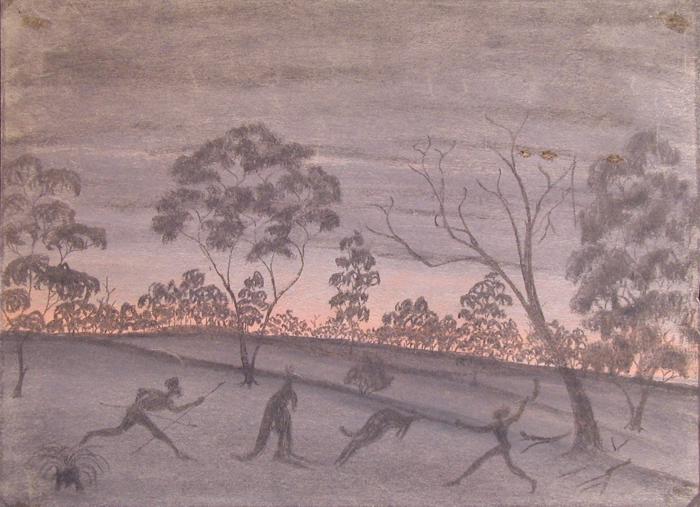 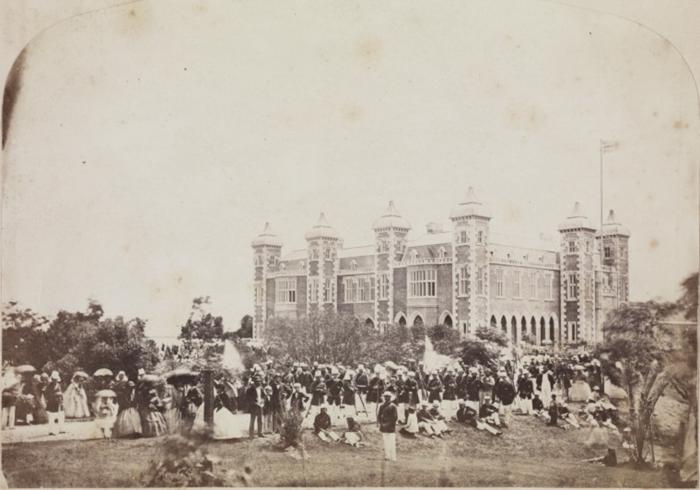 Beneath the Surface: Perth's Layered Heritage

Welcome. This audio tour will help to guide you towards thinking a little deeper about the heritage of Perth. The tour will take you to visit some of the early administrative and holy buildings that were built to govern and guide the settlers of Perth. Along the way, we will consider the heritage that we can see and touch as well as the heritage that is intangible or hidden.In digging a little deeper into the heritage of Perth, we will uncover some challenging and confronting stories. Feel free to hit the pause button and to take some time to reflect and enjoy your surroundings. You 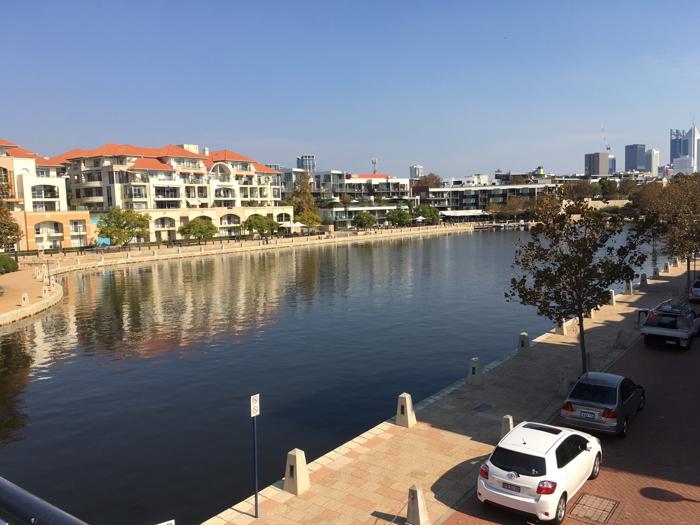 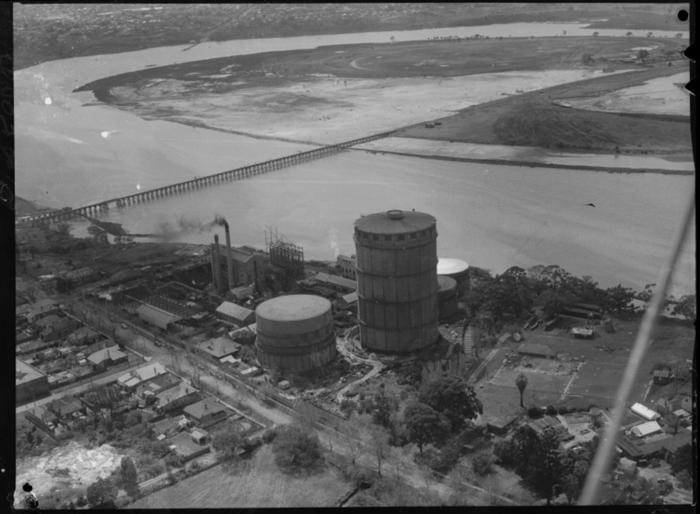 Zones of conflict: heritage and urban redevelopment in East Perth

You are standing on ancient ground on Whadjuk Noongar land. The tour producer pays respects to Noongar elders and traditions past and present. This walking tour will take you to places throughout East Perth that highlight the suburb’s complex history. You will discover parts of East Perth’s heritage that have been obscured or destroyed through the urban regeneration of the 1980s and 1990s. The tour begins in the heart of East Perth’s redevelopment in Claisebrook Cove and moves into greater East Perth, to unearth “conflicts” and tensions between urba 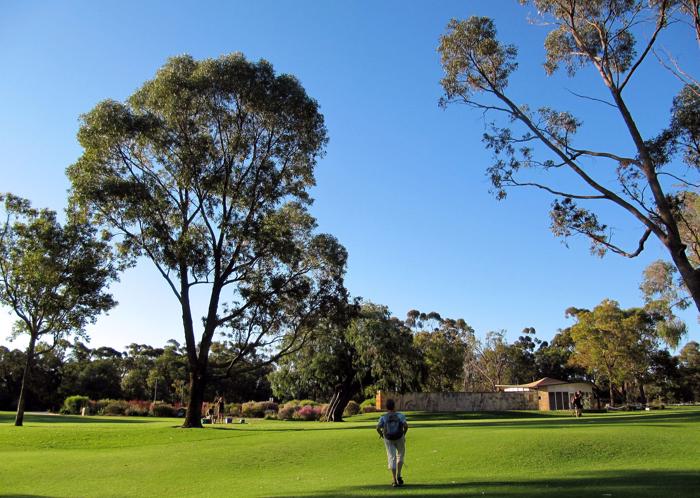 Kings Park is a 400.6-hectare park overlooking Perth Water and the central business district of Perth, Western Australia. The park is a mixture of grassed parkland, botanical gardens and natural bushland on Mount Eliza with two-thirds of the grounds conserved as native bushland. Offering panoramic

London Court is a three- and four-level open-roofed shopping arcade located in the central business district in Perth, Western Australia. It was built in 1937 by wealthy gold financier and businessman, Claude de Bernales for residential and commercial purposes. The arcade runs between the Hay Stre

The Swan Bells are a set of 18 bells hanging in a specially built 82.5-metre-high copper and glass campanile in Perth, Western Australia. The tower is commonly known as The Bell Tower or the Swan Bell Tower.Taking their name from the Swan River, which their tower overlooks, and forming a sixteen-bel 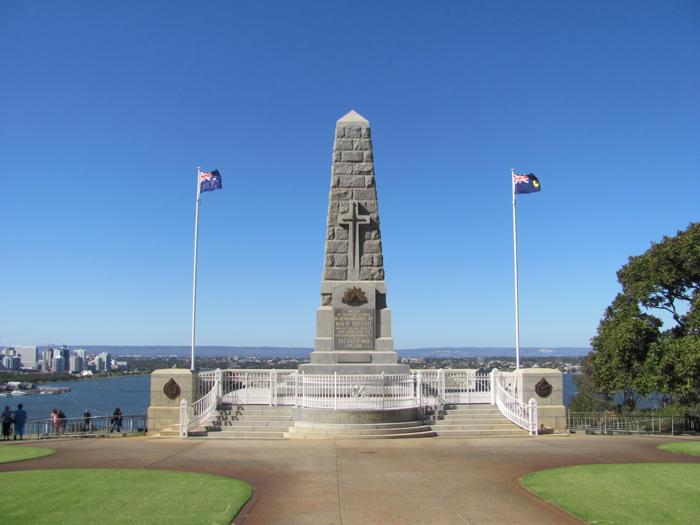 People come to this war memorial to reflect on the fallen soldiers, but also for the magnificent views of Perth. This giant cenotaph, unveiled in 1929, is not the only memorial in the park. Go and explore the area and find other monuments commemorating various battles. 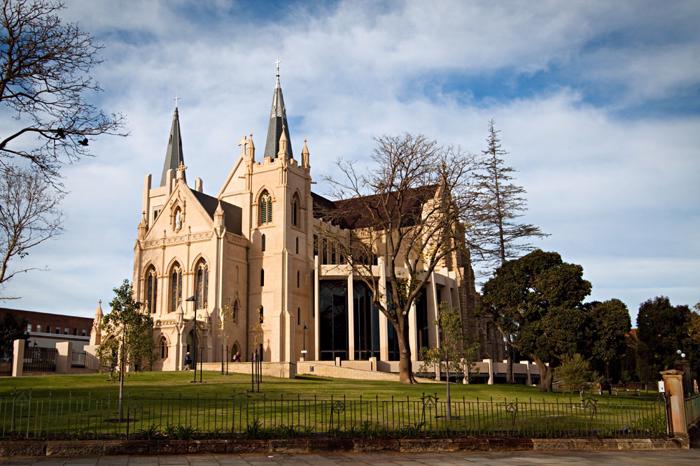 St Mary's Cathedral, Perth, officially the Cathedral of the Immaculate Conception of the Blessed Virgin Mary, is the cathedral church of the Roman Catholic Archdiocese of Perth, and seat of its Archbishop, currently Timothy Costelloe. The cathedral is at the centre of Victoria Square, on the north 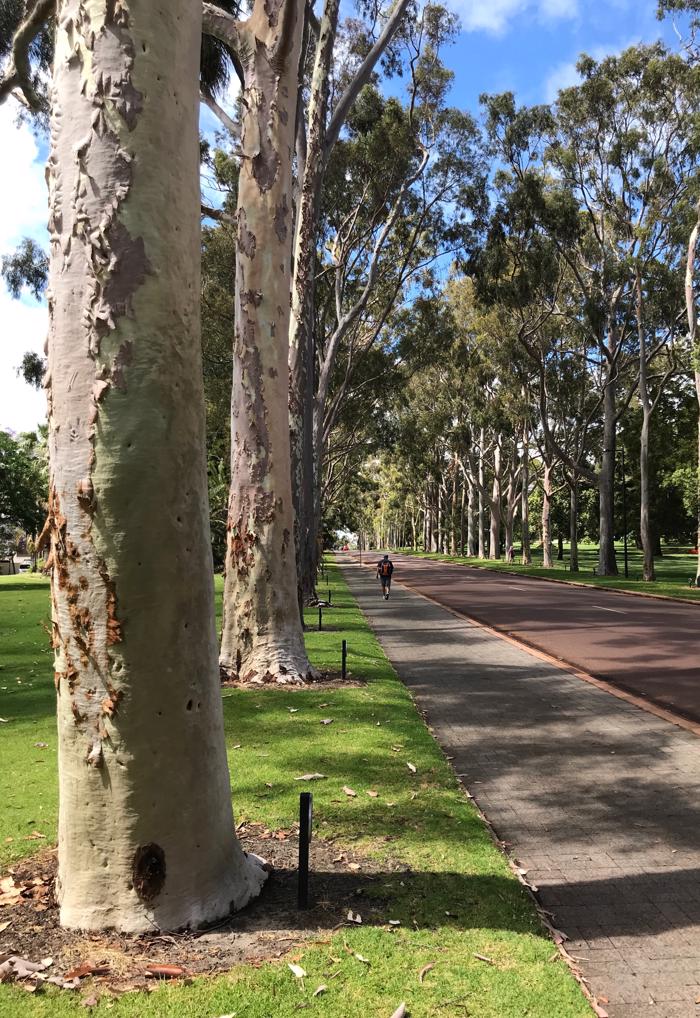 Definitely include this into your travel itinerary. Not only you'll have wonderful pics of the city and the Swan river, but also a feeling to remember. 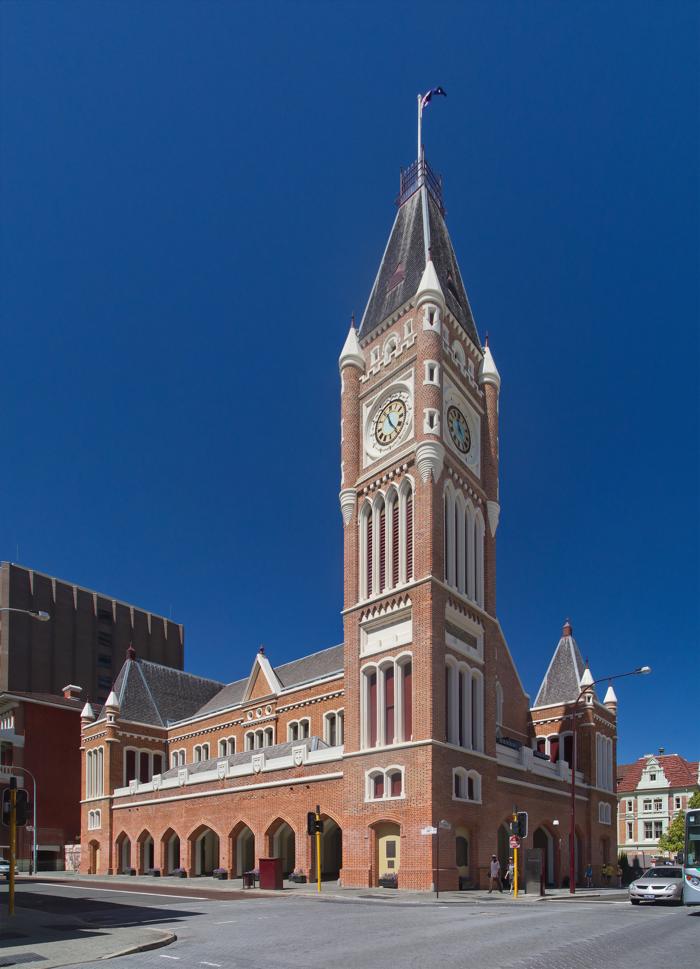 This charming colonial building, built in the 19th century, was completely restored in 2005 and now shines as if newly built. Explore the Lower and Upper Foyers on your own, enjoy the atmosphere and have a look at frequent art and informational exhibitions. 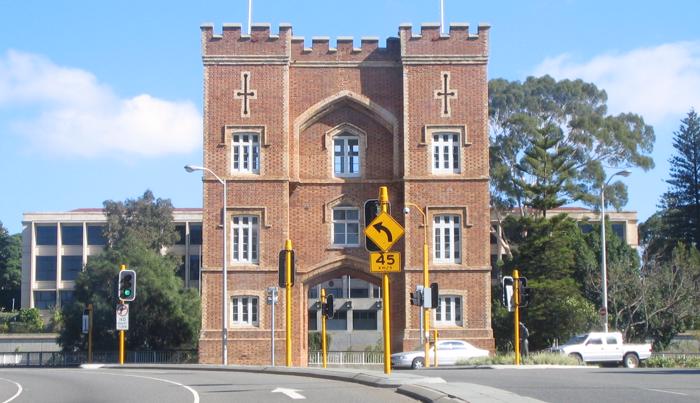 Remnants of barracks in a Tudor style, resembling a medieval castle. Have a look at this isolated piece of history. 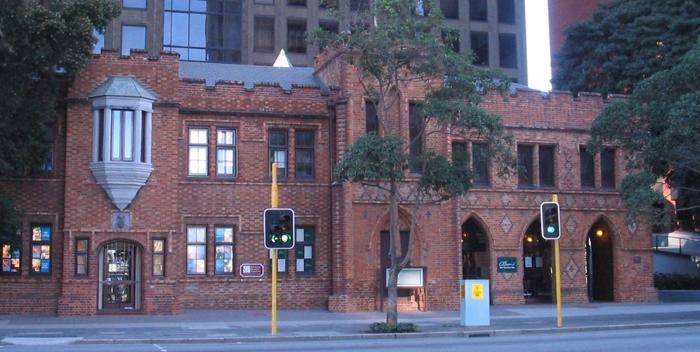 The Cloisters is located at 200 St Georges Terrace, opposite its intersection with Mill Street in Perth, Western Australia. It is a two-storey dark coloured brick building, which terminates the vista at the top of Mill Street and is a landmark in the rise of the street to the ridge of the plateau. 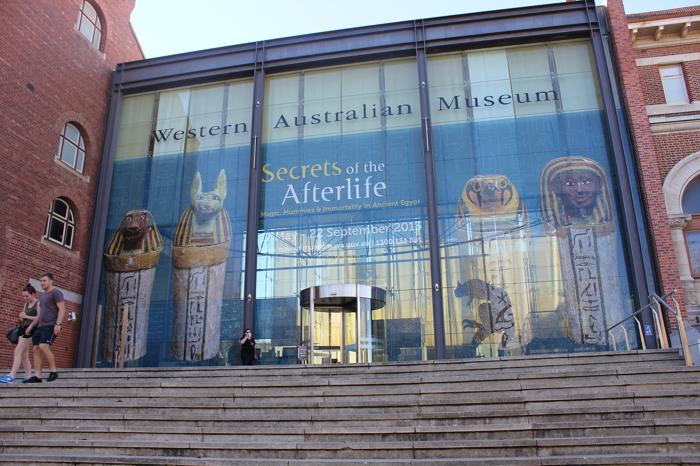 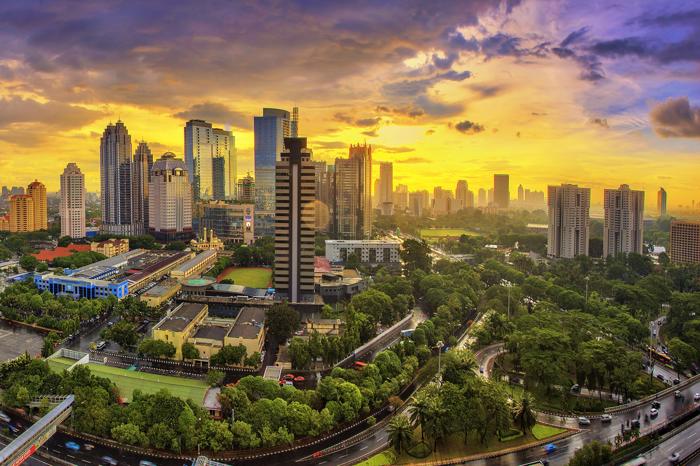 Indonesia's capital has been influenced by the world over time, as seen in the old town's Dutch colonial buildings and the Chinatown neighborhood. Vis 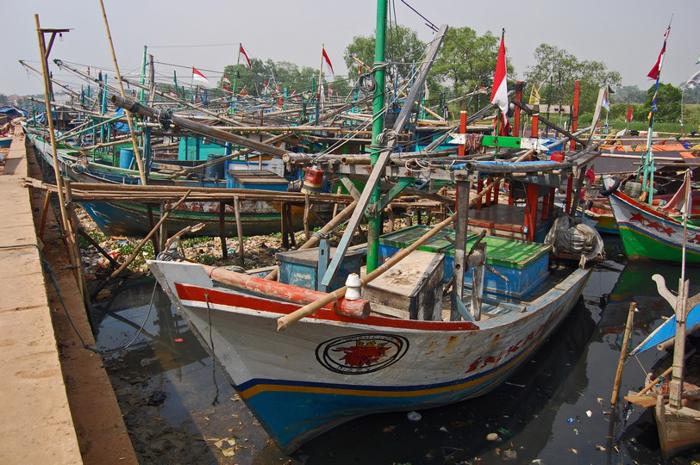