Discover the beauty of New Orleans

Eating, drinking, making memories: New Orleans is the place to be for these happiness-inducing activities. Head on over to the “Big Easy” yourself to experience this melting pot of cultures and celebration of life. If you’re really looking for a good time, head on over during the times of mardi gras for an experience truly unlike any other.

New Orleans
Eating, drinking, making memories: New Orleans is the place to be for these happiness-inducing activities. Head on over to the “Big Easy” yourself to experience this melting pot of cultures and celebration of life. If you’re really looking for a good time, head on over during the times of mardi gras
Take a self-guided tour 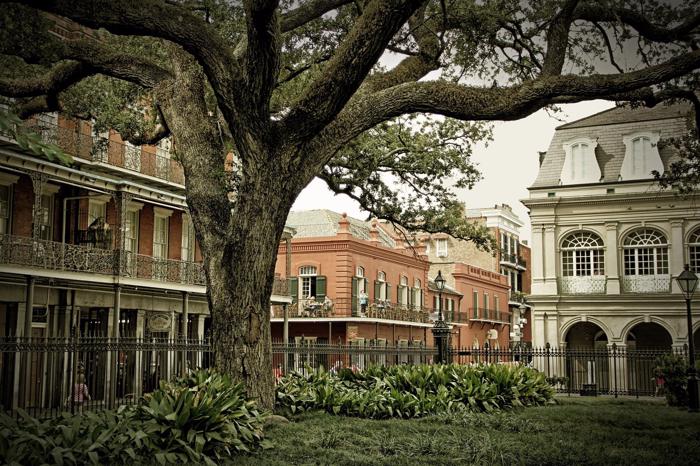 Beyond Fat Tuesday: A Guide to the Historic French Quarter
Get the app
Start exploring right now: 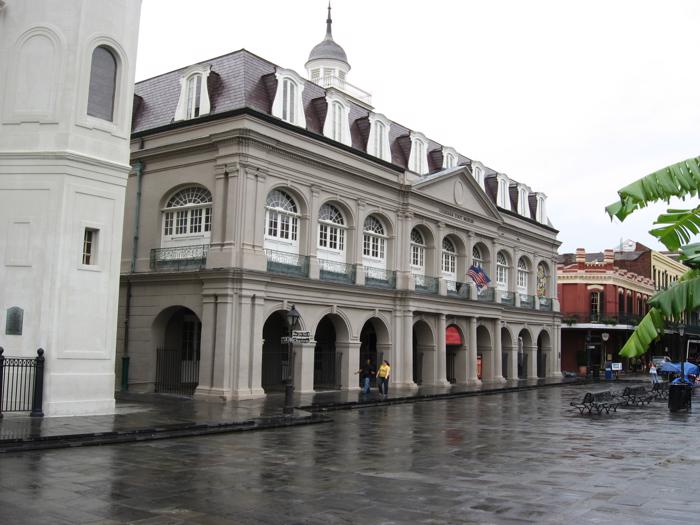 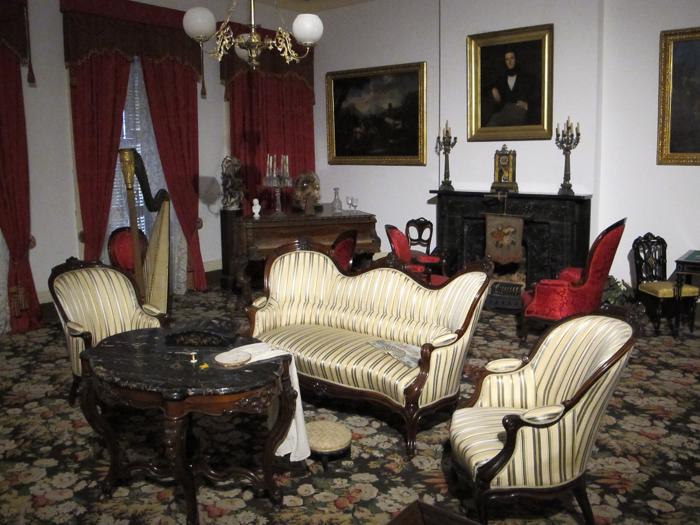 Beyond Fat Tuesday: A Guide to the Historic French Quarter

Welcome to the historic New Orleans French Quarter. Sitting on a crescent in the Mississippi River and affectionately known as the “Vieux Carré” to the locals, this rich, unique, and extraordinary blend of Spanish, French, Creole and American styles form the very heart of the city of New Orleans, providing an experience like no other. From the traditional jazz of New Orleans fame echoing across its streets, to the horse-drawn carriages gliding along its cobbled walkways, every step along New Orleans’ French Quarter feels like another step through time, to an age whe 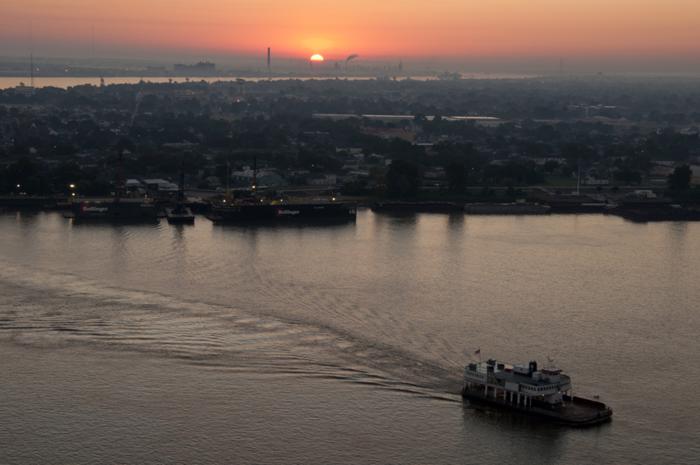 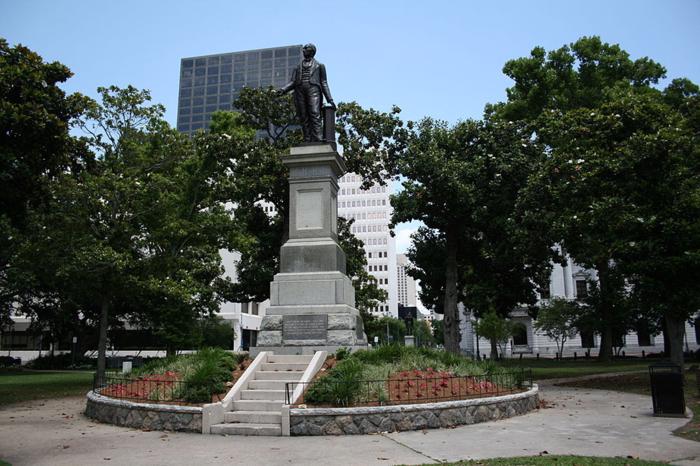 Hello from the land of festivals and celebrations, New Orleans! Often referred to as the most unique city, it has the biggest and most important port in the country and is the largest metropolitan area in Louisiana. The city got its name from the Duke of Orleans who governed as regent for King Louis XV of France. French colonists established a settlement which was strongly influenced by their European culture. The city is known for the French and Spanish Creole architecture and varied art, music, and literature heritage. The city is also recognized for its peculiar cuisine, the birthplace o 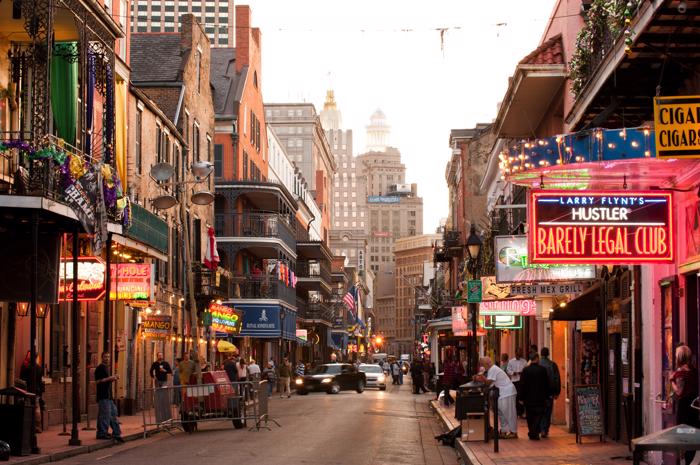 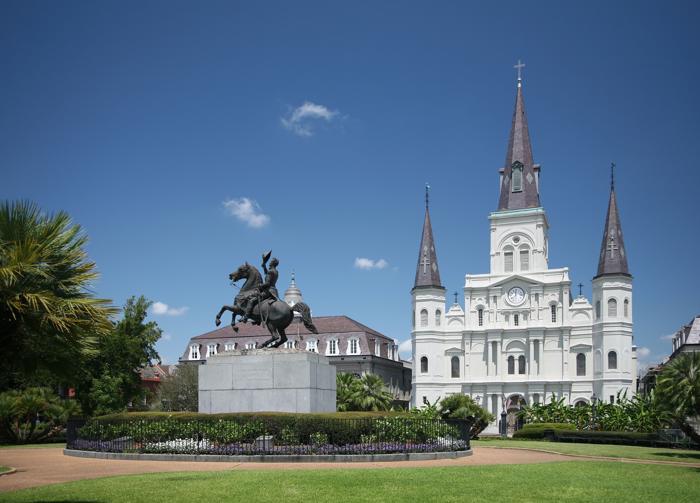 Jackson Square is a historic park in the French Quarter of New Orleans, Louisiana. It was declared a National Historic Landmark in 1960, for its central role in the city's history, and as the site where in 1803 Louisiana was made United States territory pursuant to the Louisiana Purchase. In 2012 t 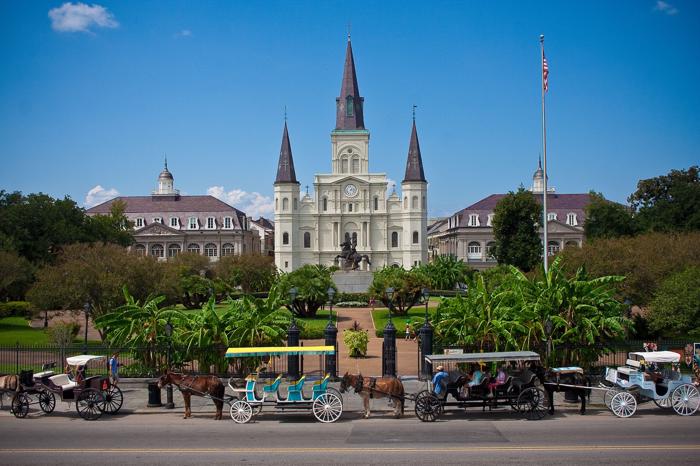 The Cathedral-Basilica of Saint Louis, King of France, also called St. Louis Cathedral, is the seat of the Roman Catholic Archdiocese of New Orleans and is the oldest cathedral in continuous use in what would become the United States. It is dedicated to Saint Louis, also known as King Louis IX of Fr 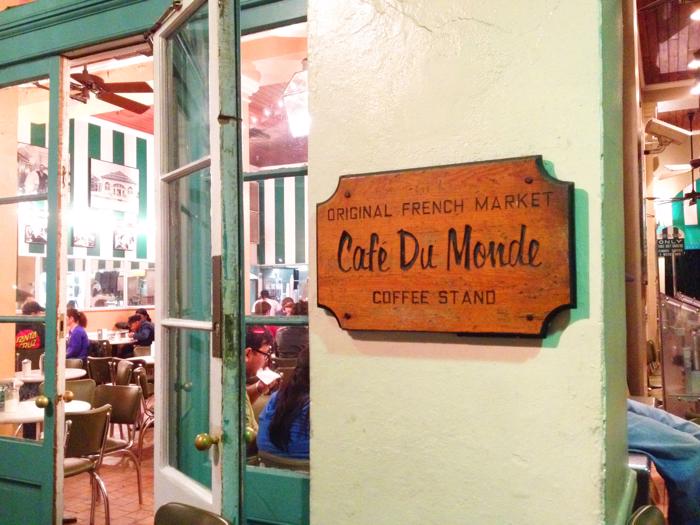 Café du Monde is a renowned open-air coffee shop located on Decatur Street in the French Quarter of New Orleans, Louisiana, United States. It is a New Orleans landmark and tourist destination, known for its café au lait and beignets. 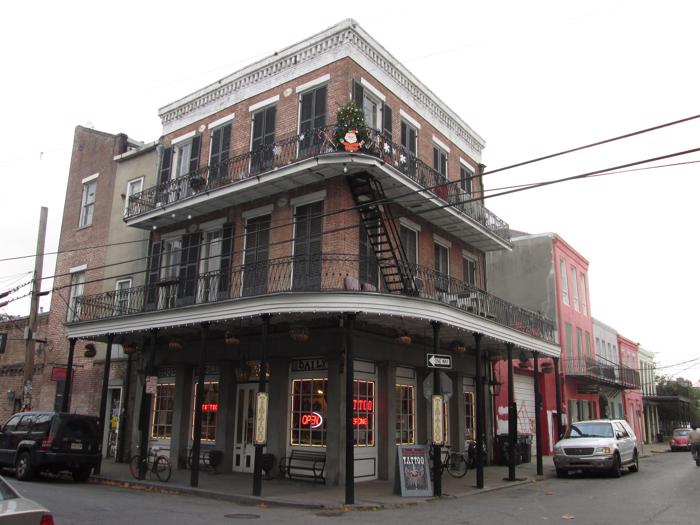 Frenchmen Street is in the 7th Ward of New Orleans, Louisiana. It is best known for the three-block section in the Faubourg Marigny neighborhood which is home to some of the city's popular live-music venues including Cafe Negril, Blue Nile, Snug Harbor, the Spotted Cat, and the Maison in addition 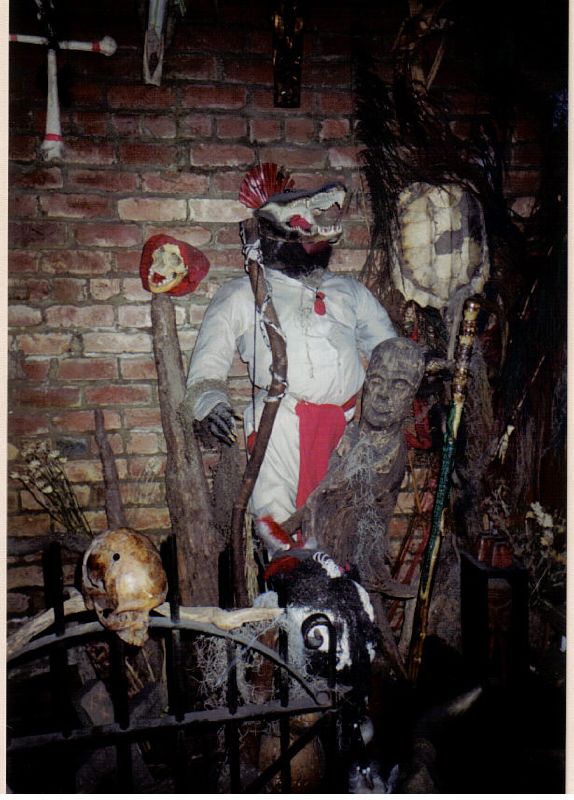 This museum will capture attention of all those interested in spooky things. Bizarre bricolage of curiosities. 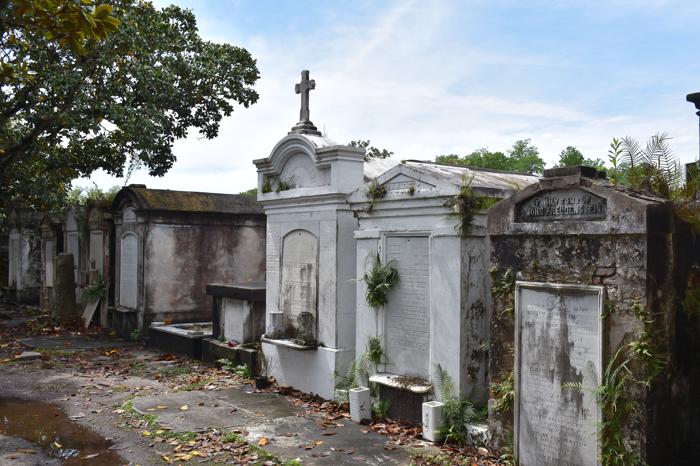 Lafayette Cemetery No. 1 is a historic cemetery in the Garden District neighborhood of New Orleans, Louisiana. Founded in 1833 and still in use today, the cemetery takes its name from its location in what was once the City of Lafayette, a suburb of New Orleans that was annexed by the larger metropol 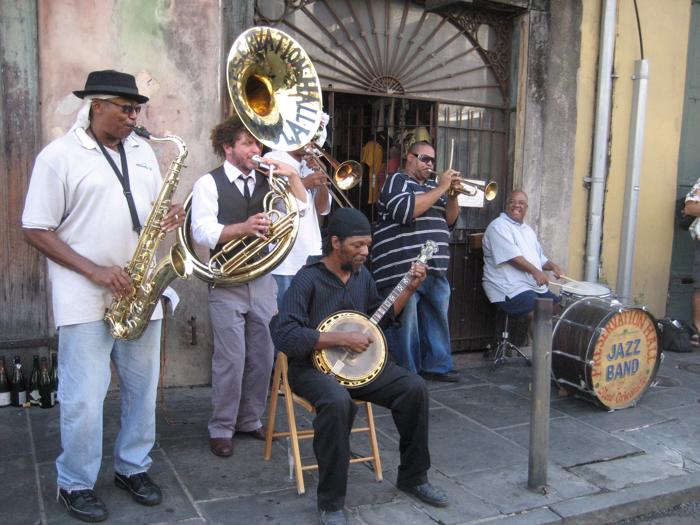 Preservation Hall is a jazz venue in the French Quarter of New Orleans, Louisiana. The building is associated with a house band, a record label, and a non-profit foundation. 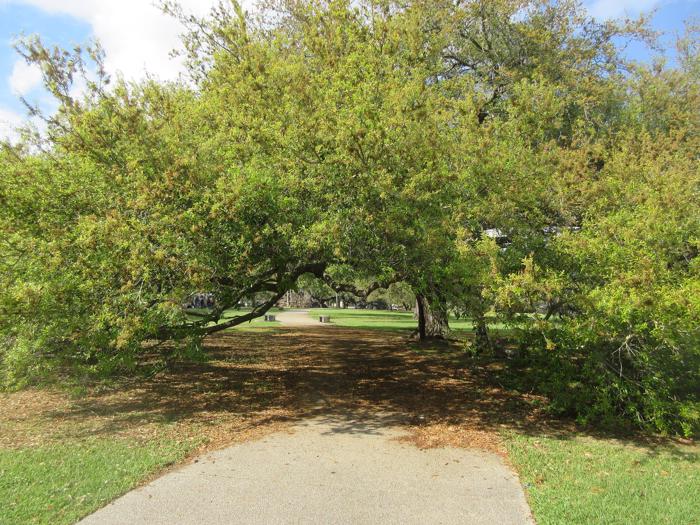 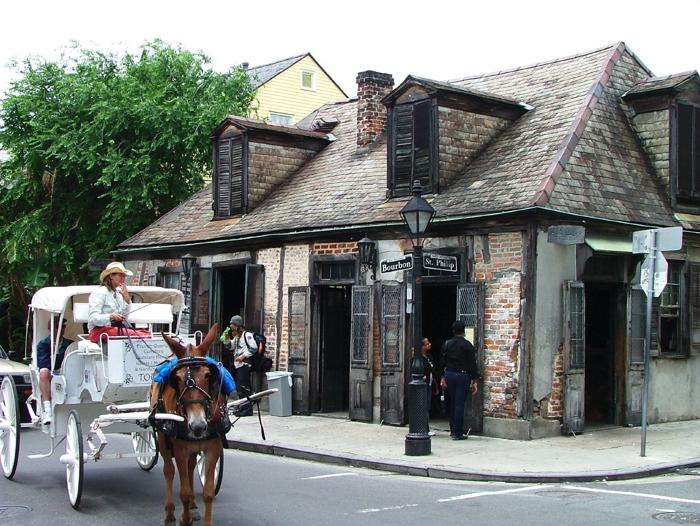 Lafitte's Blacksmith Shop is a historic structure at the corner of Bourbon Street and St. Philip Street in the French Quarter of New Orleans, Louisiana. Most likely built as a house in the 1770s during the Spanish colonial period, it is one of the oldest surviving structures in New Orleans. Accord