Discover the beauty of Nashville

A city of music! Nashville has been attracting musicians of all types since the early 20th century. With a country flair, Nashville is home to the Country Music Hall of Fame and much more! Don’t forget your guitar when you head here.

Nashville
A city of music! Nashville has been attracting musicians of all types since the early 20th century. With a country flair, Nashville is home to the Country Music Hall of Fame and much more! Don’t forget your guitar when you head here.
Take a self-guided tour 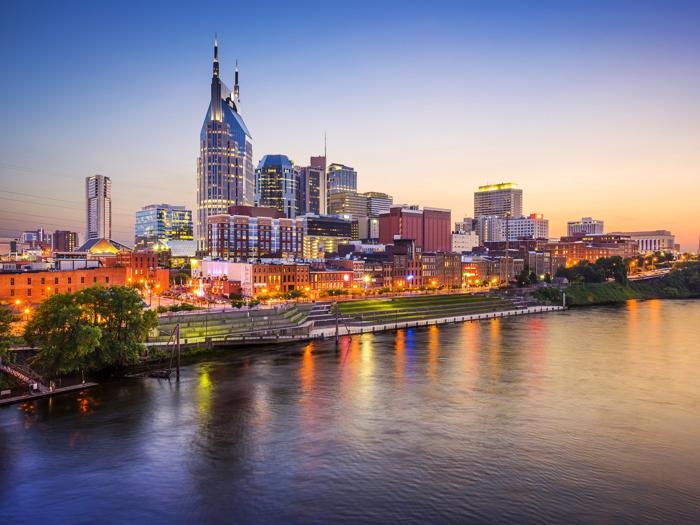 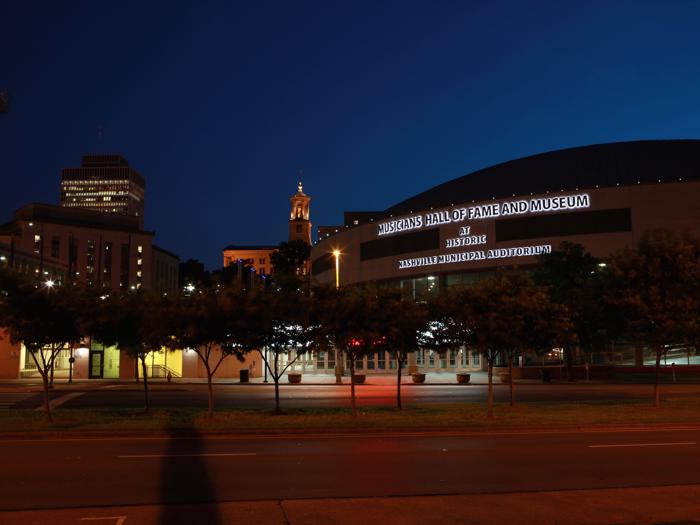 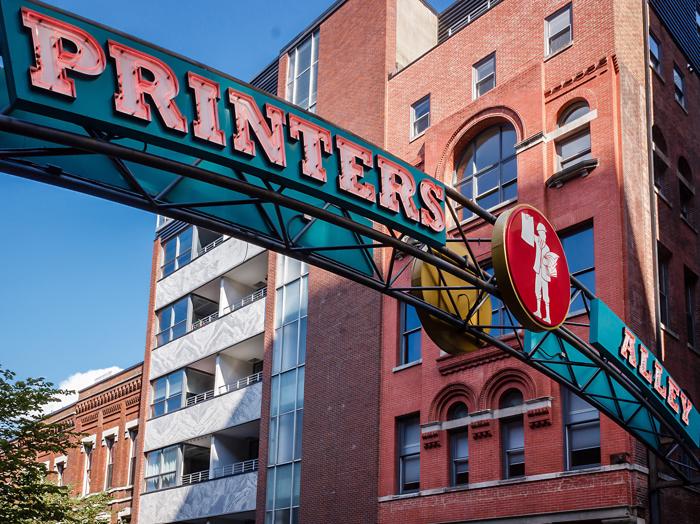 Welcome to Nashville, the Stetson-clad heart and soul of Tennessee where many of our favorite musical legends got their start. Today we’ll be exploring all things country western, from rootin’ tootin’ honky tonk dives to the Country Music Hall of Fame. If you’re ready to go, throw on your favorite bolo tie and pony up! Let’s hit the trail!Licenses:Photo “Nashville, Tennessee, USA” by 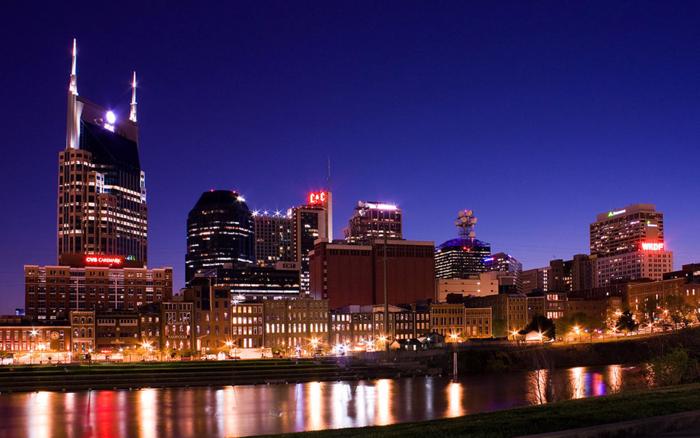 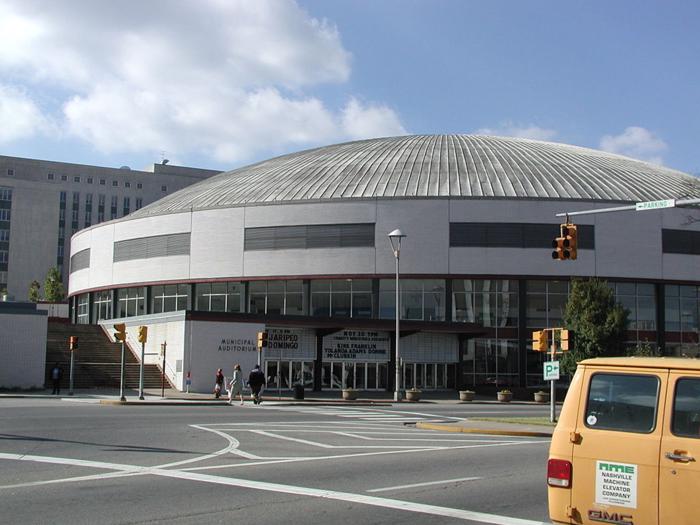 Welcome to the music city – Nashville, Tennessee. Nashville is the capital of Tennessee and is the second biggest city next to Memphis. The city is known globally as the center for music and is home to various universities and colleges. Licenses:Photo Nashville skyline 2009 by Kaldari is licensed under 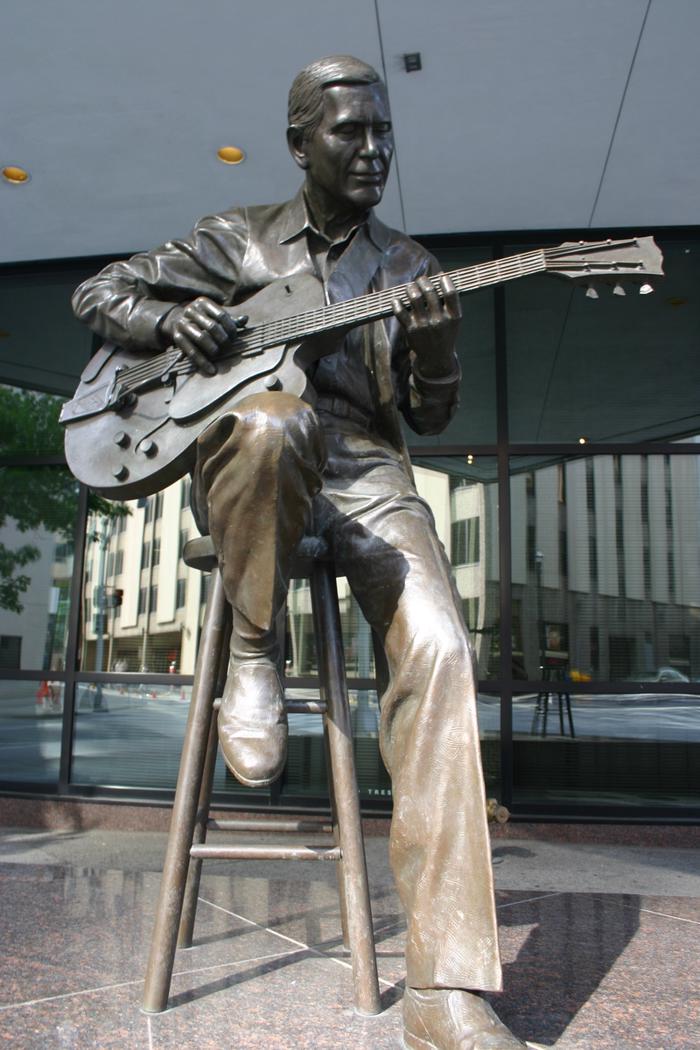 If you’re one of the many Chet Atkins fans who has dreamed of pickin’ a tune with the famous musician and producer, then this stop is for you. The life-sized bronze statue of Atkins was unveiled in early 2000, and offers a stool to passersby to grab a seat next to the country icon.As a p 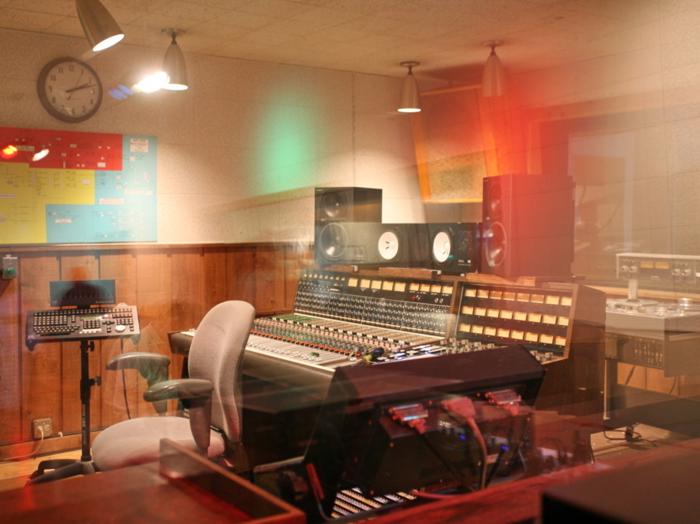 Popular opinion holds that RCA Studio B fostered the solid gold “Nashville Sound” that reinvigorated country music in the 1960s after the rise of rock’n’roll caused sales to drop. The construction of the studio was facilitated by musician and music producer, Chet Atkins, alon 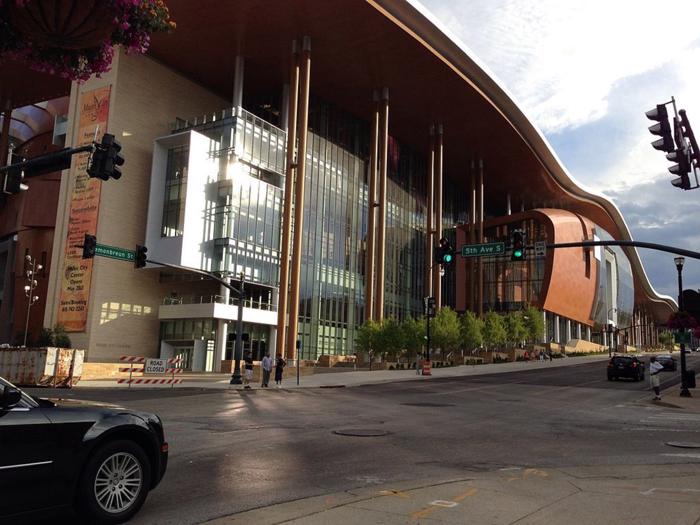 Now crossing over to Demonbreun Street, our next stop is the Music City Center, a convention complex that opened in 2013. It was designed by TVSdesign, together with Associated Architects: Tuck-Hinton Architects and Moody-Nolan. TVSdesign is an award-winning architecture, planning, and interior desi 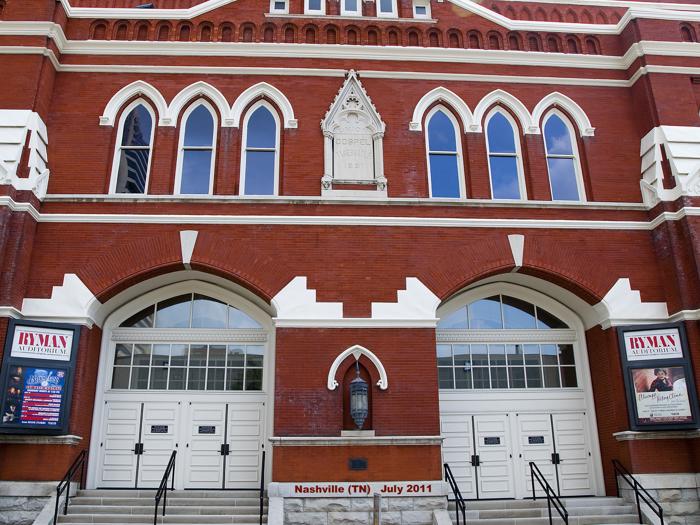 Affectionately nicknamed the Mother Church of Country Music, the Ryman Auditorium was forged in fire and brimstone as the Union Gospel Tabernacle. Tom Ryman, who spearheaded the construction, was moved to build the auditorium after attending a tent revival by Reverend Sam Jones. So moved was he, tha 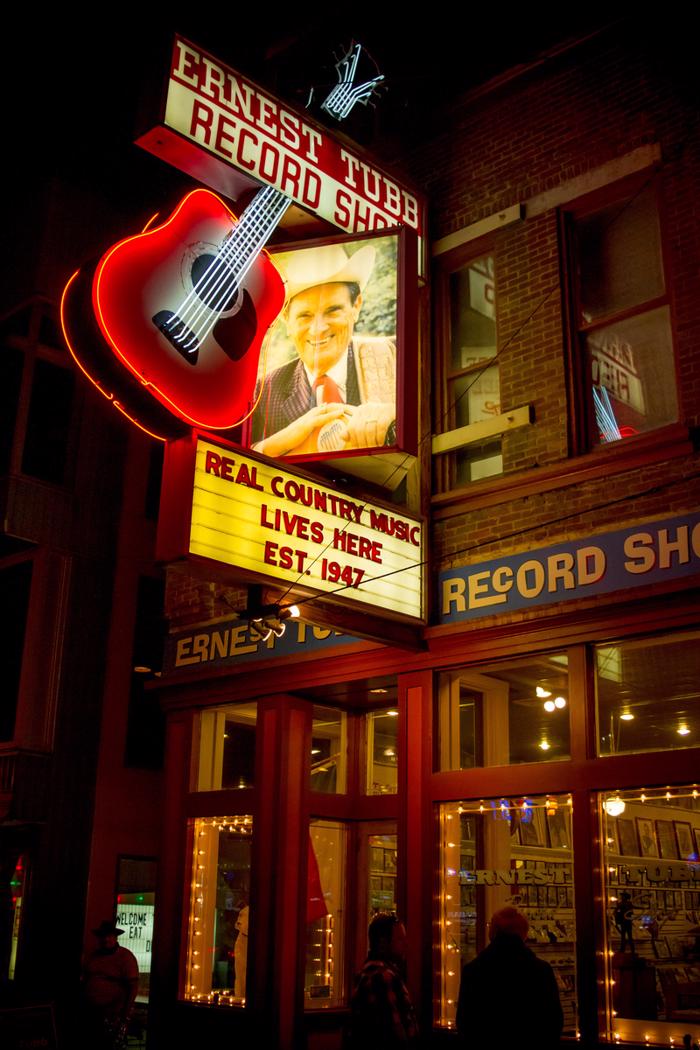 Grand Ole Opry star Ernest Tubb founded the record shop sharing his name in 1947 as a mail-order only service with the singular goal of getting country records into the hands of the fans. In those days, most record shops stuck with safer genres like Classical, rather than losing money on rural music 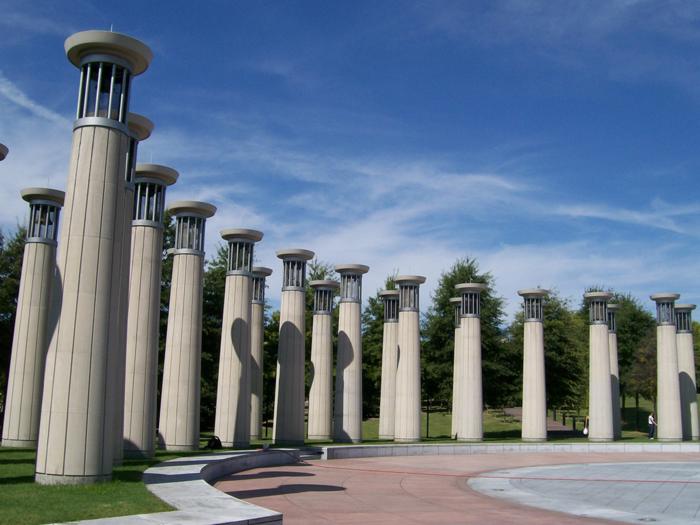 Bicentennial Park is also called Bicentennial Mall and is located in downtown Nashville. It is a 19-acre state park ( it is not a shopping mall, though the name says otherwise.) The grounds are located northwest of the Tennessee State Capitol and was opened in the late 1990's, which marked the 200 y 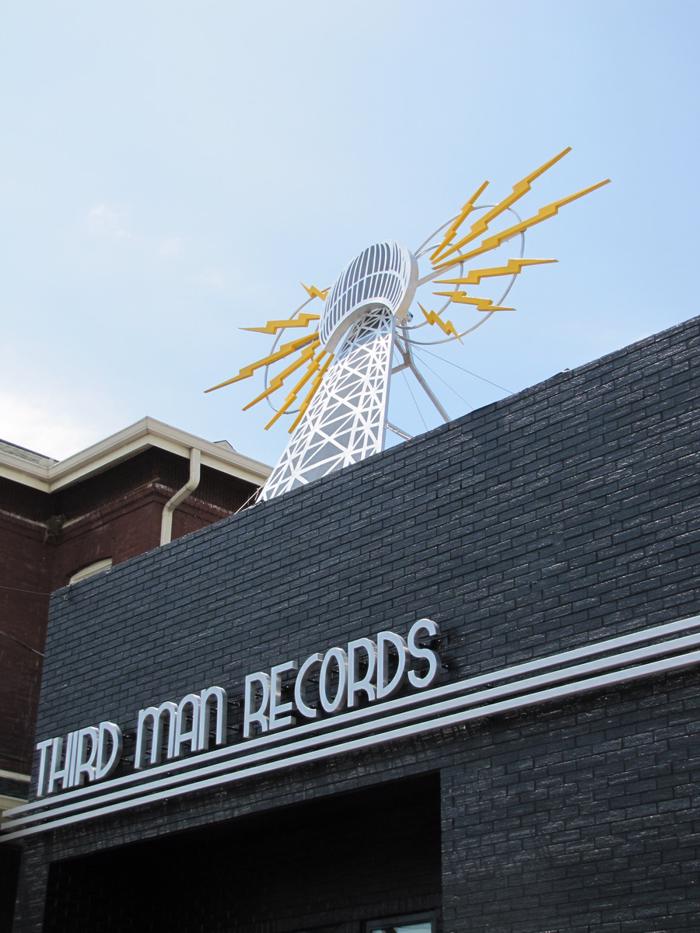 Jack White may not be the name that comes to mind when you picture the future of country music, but there’s no doubt that his record label, Third Man, will have a hand in it! Though he is usually connected with the garage rock genre from his early days in The White Stripes, country and blues m 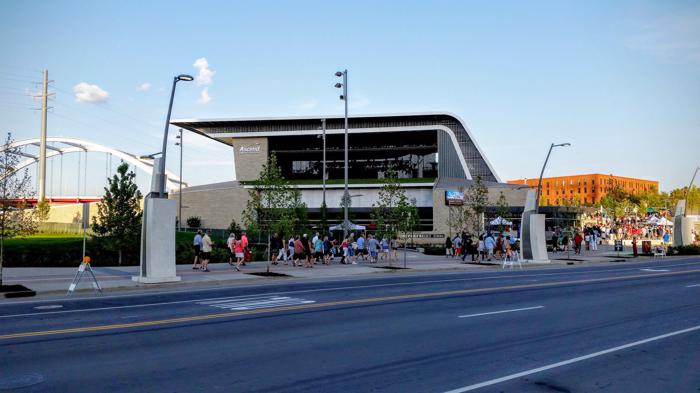 Welcome to Ascend Amphitheater. This amphitheater is an open air event center which is located here at 301 1st Avenue South Nashville, Tennessee United States. The amphitheater is actually established inside the Metro Riverfront Park. The theater can accommodate up to 6800 people in one sitting. The 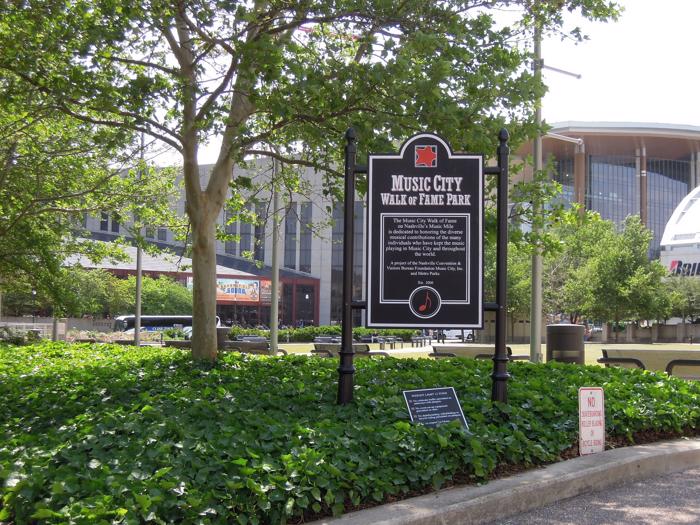 Perhaps you’ve heard of the Hollywood Walk of Fame in California? Well, here in Nashville we have our very own Walk of Fame to honor musicians and collaborators of all genres who have contributed to the growth of Nashville’s creative community and its connection to the music industry. Es 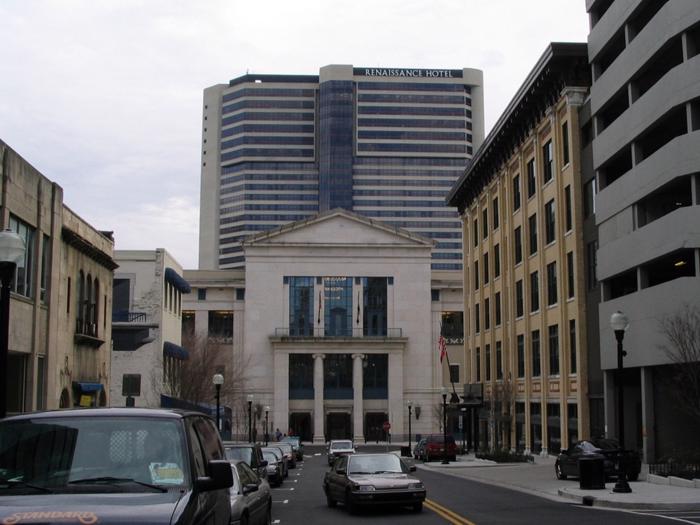 The Nashville Public Library serves Tennessee and the Davidson County area. The library's objectives include inspiring people to read, enforcing advance learning and connecting to the community. It became the recipient of the National Medal for Museum and Library Service about six years ago. Part of