Discover the beauty of Naples 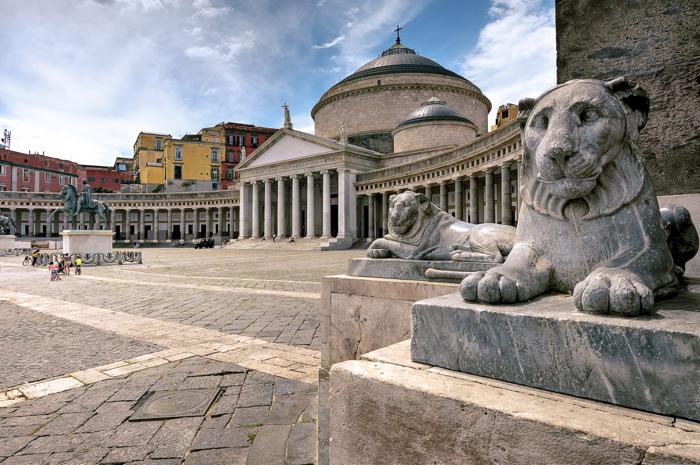 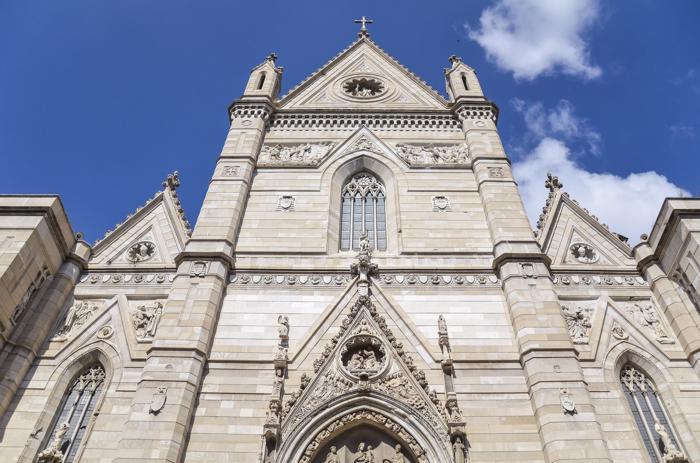 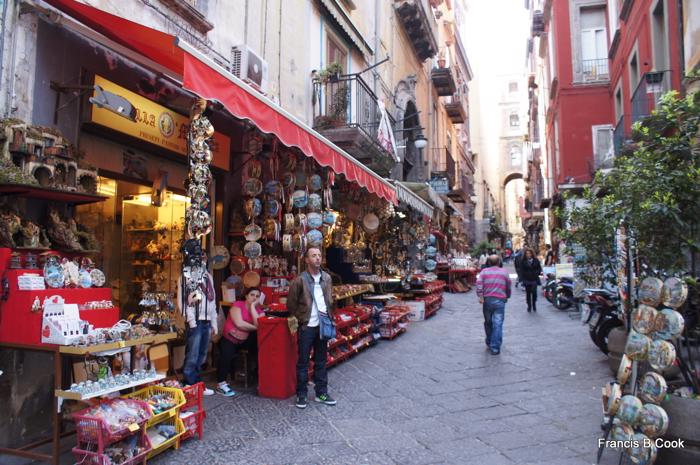 Let’s take a tour of the best Naples has to offer: cathedrals, panoramic views of the city, the Tyrrhenian sea and Mount Vesuvius, and of course, pizza! This walking tour begins at the Naples National Archaeological Museum near the Museo metro stop and takes us all the way to the city’s beautiful marina. This will take us about 5 hours, or 6 with an optional excursion to seaside attractions like Ovo Castle and Virgil’s Tomb. 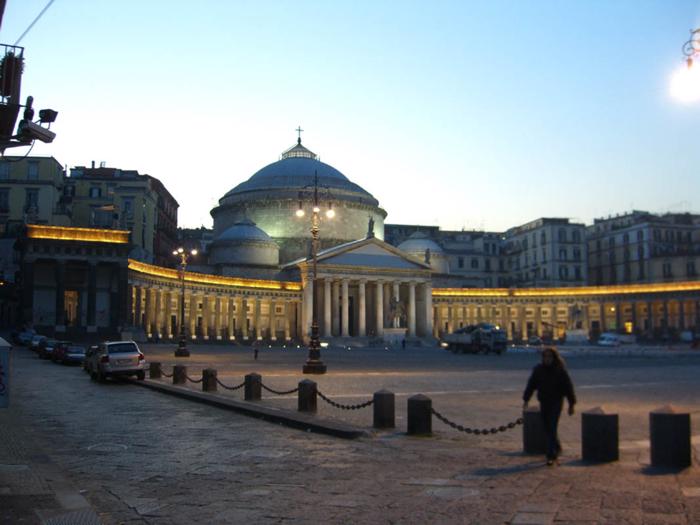 This imposing 19th-century square is a favorite meeting place. But even if you don't come here to meet anybody, make sure to look around and view the marvellous buildings of the royal palace and the San Francesco di Paola Church, which was built to resemble Rome's famous Pantheon. 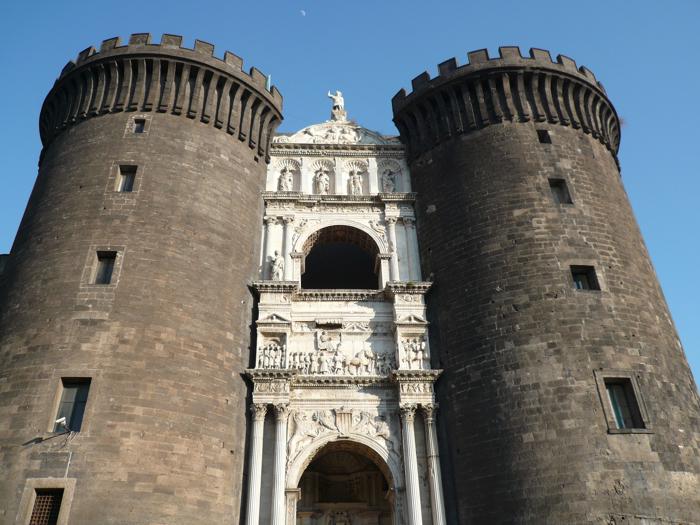 Castel Nuovo, often called Maschio Angioino, is a medieval castle located in front of Piazza Municipio and the city hall in central Naples, Campania, Italy. Its scenic location and imposing size makes the castle, first erected in 1279, one of the main architectural landmarks of the city. It was a ro 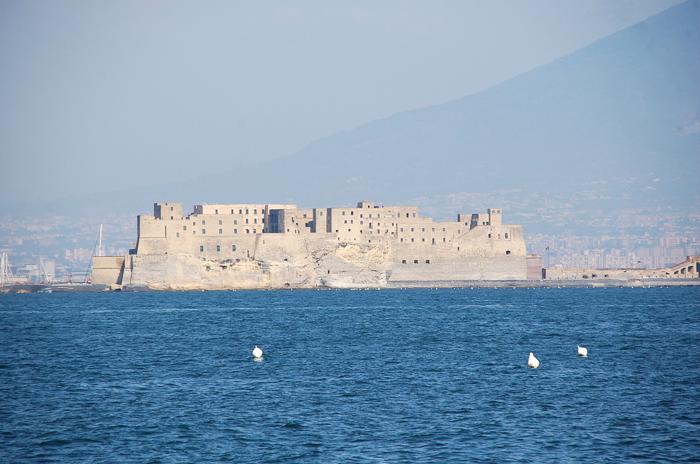 Castel dell'Ovo is a seaside castle in Naples, located on the former island of Megaride, now a peninsula, on the Gulf of Naples in Italy. The castle's name comes from a legend about the Roman poet Virgil, who had a reputation in the Middle Ages as a great sorcerer and predictor of the future. In the 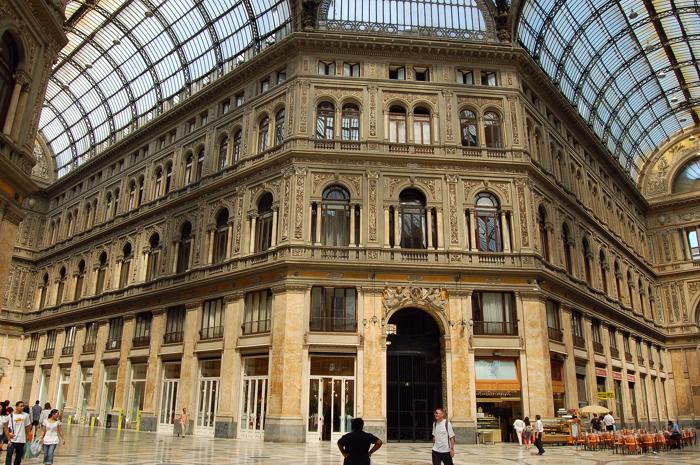 Galleria Umberto I is a public shopping gallery in Naples, southern Italy. It is located directly across from the San Carlo opera house. It was built between 1887–1891, and was the cornerstone in the decades-long rebuilding of Naples — called the risanamento — that lasted until World War I. It was d 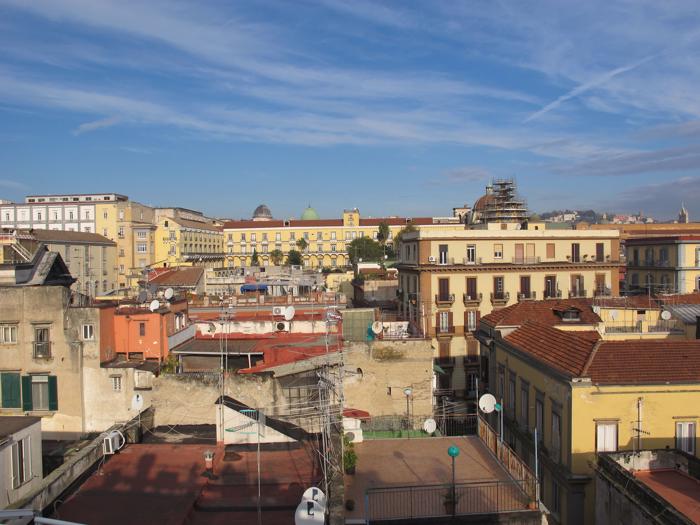 Take a stroll through the marvellous historical centre of the city. It has been listed as a UNESCO World Heritage site since 1995. Do not miss the chance to explore the famous Castel Nuovo, as well as the many local churches, gardens and other architectural gems from the Renaissance period. For the 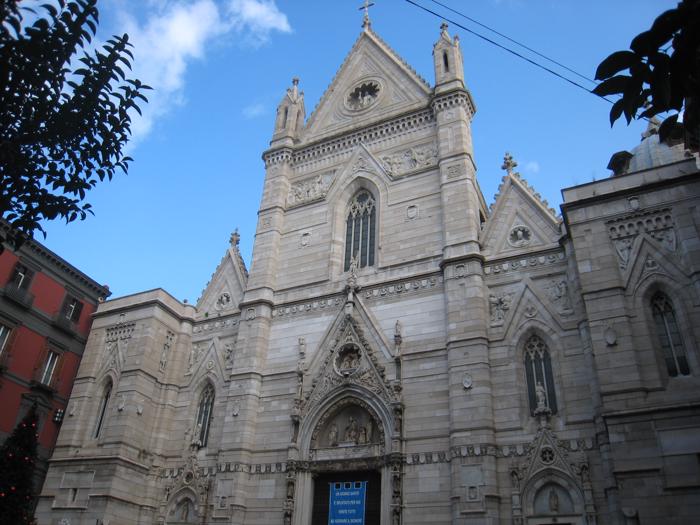 Cathedral of the Assumption of Mary

Naples Cathedral is a Roman Catholic cathedral, the main church of Naples, southern Italy, and the seat of the Archbishop of Naples. It is widely known as the Cattedrale di San Gennaro, in honour of Saint Januarius, the city's patron saint. 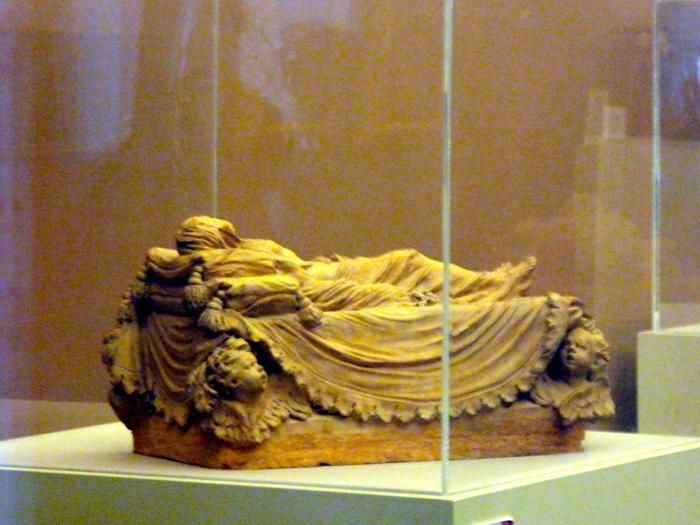 The Cappella Sansevero is a chapel located on Via Francesco de Sanctis 19, just northwest of the church of San Domenico Maggiore, in the historic center of Naples, Italy. The chapel is more properly named the Chapel of Santa Maria della Pietà. It contains works of Rococo art by some of the leading 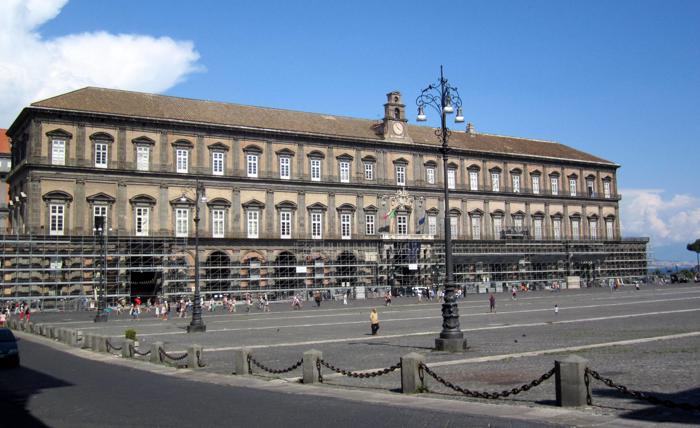 The Royal Palace of Naples is a palace, museum, and historical tourist destination located in central Naples, southern Italy. It was one of the four residences near Naples used by the House of Bourbon during their rule of the Kingdom of Naples and later the Kingdom of the Two Sicilies. The others w 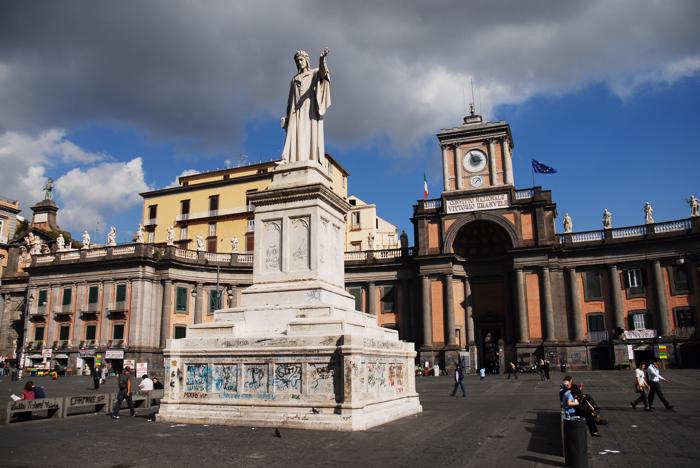 Piazza Dante is a large public square in Naples, Italy, named after the poet Dante Alighieri. The square is dominated by a 19th-century statue of the poet Dante, sculpted by Tito Angelini. 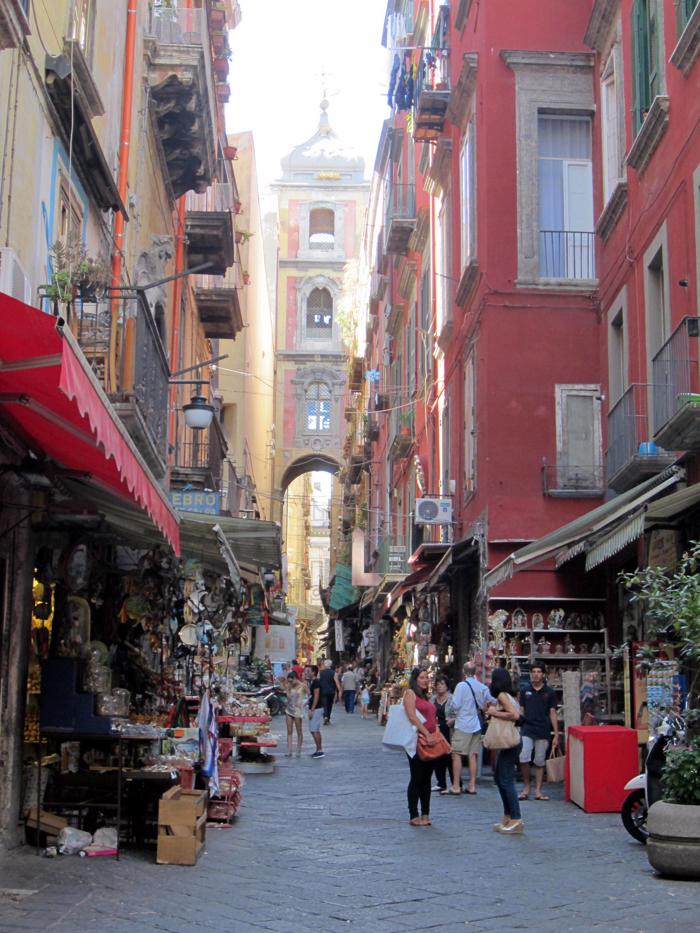 Located in the historical heart of the city, this street is famous for being lined with a plethora of crib shops. Explore the colourful shop displays and witness dozens of skilful artisans creating nativity scenes. Admire this traditional craft and get into the Christmas spirit at any time of the ye