Discover the beauty of Mount Eliza

Mount Eliza
A seaside town, Mount Eliza has many beaches worth exploring. Visit the Mornington Railway for a bit of history as well!
Take a self-guided tour 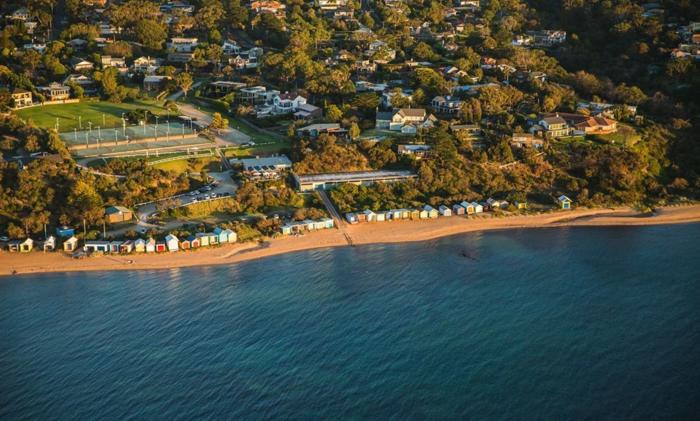 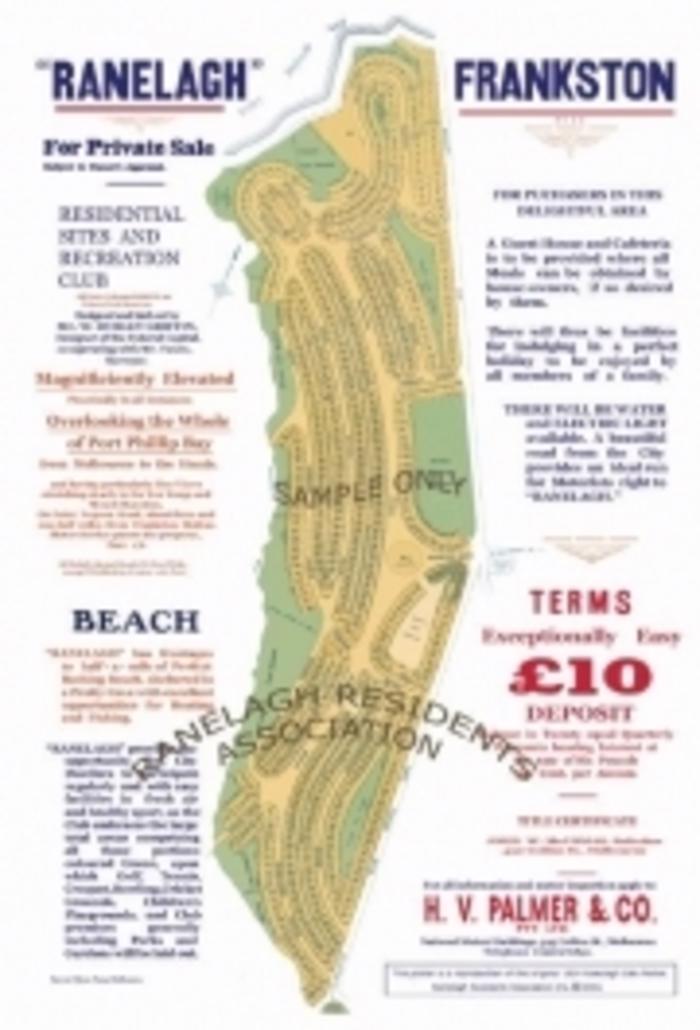 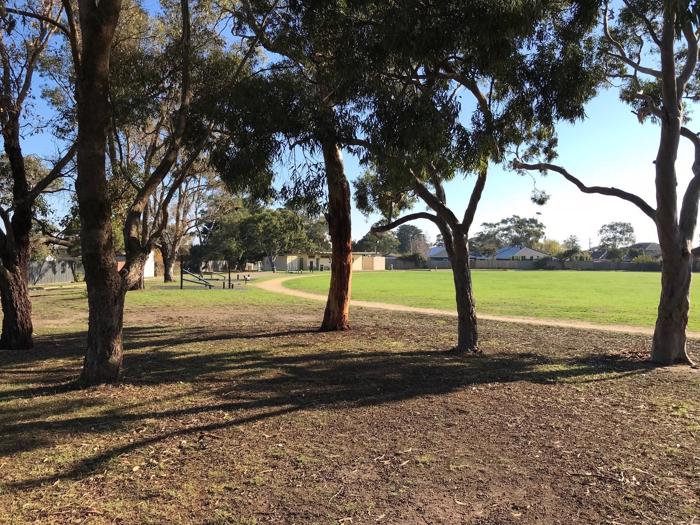 The Ranelagh Estate is a hidden gem in Mt Eliza designed by Walter Burley Griffin and Marion Mahony Griffin. It is a garden suburb with a very strong community spirit.As a heritage area it is an interesting case. On one hand there is an original covenant on the land titles restricting building to one dwelling per lot; the Mornington Peninsula Shire Council, Heritage Victoria and the National Trust have heritage orders in place; and there is a strong and active community – nevertheless the character of the Ranelagh Estate is disappearing.At the beginning of Nevil Shute&rs 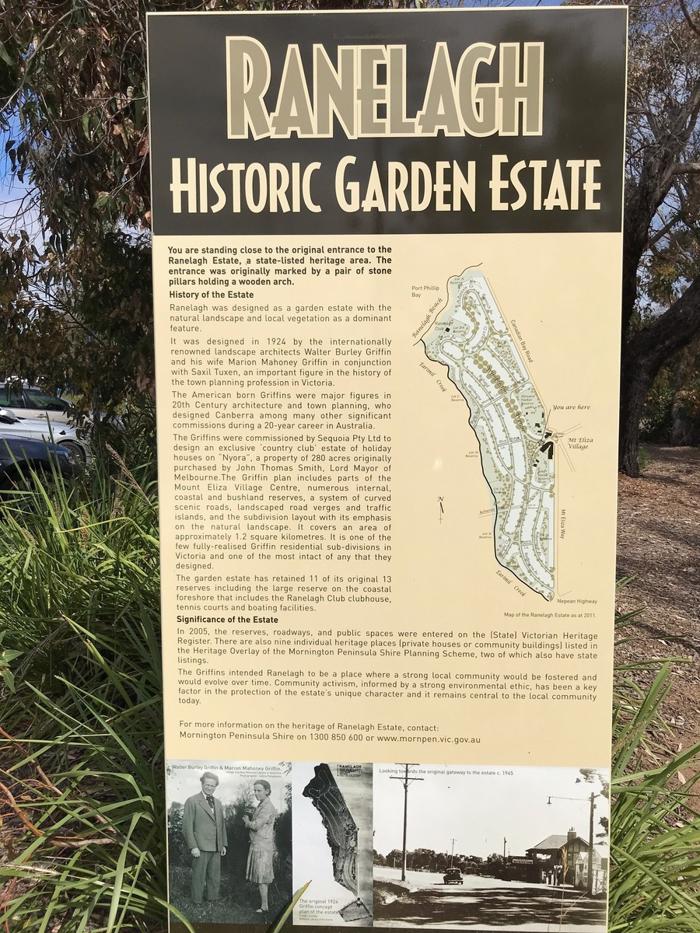 The Ranelagh Estate is a small corner of the seaside town of Mount Eliza designed by world renowned American architects Walter Burley Griffin and Marion Mahony Griffin, in conjunction with Melbourne surveyor and town-planner Saxil Tuxen.Designed in 1923 as a country club estate by the sea which woul

Ranelagh was a “planned community of happy homes”. Garden suburbs were a reaction against the perceived evils of unplanned environments. Key elements of the plan included: -·         Preservation of the natural landscape with the beach, cree 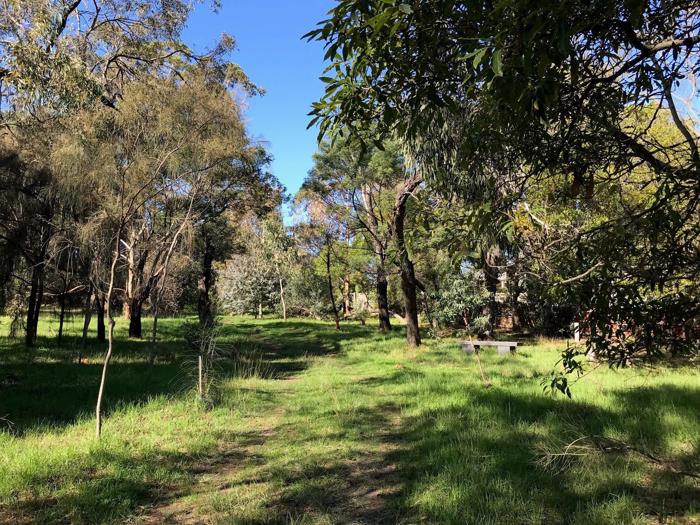 We are going to explore the largest internal reserve, Lot D. The opening in Ravenscourt Crescent is over a block wide, and it opens out into quite a large area, 20 house blocks deep, big enough for cricket matches at Christmas time. It is a mixture of treed areas, and more open areas, and includes t 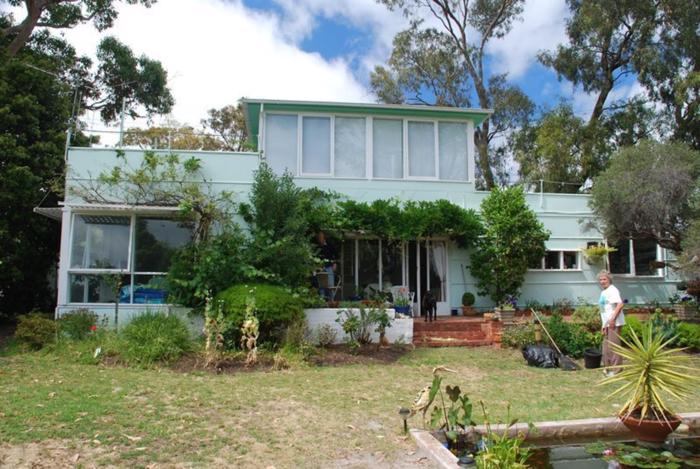 One of the features of the Ranelagh Estate are the architecturally significant modernist houses of the 1930s, 1940s and early 1950s.At 35 Rannoch Avenue is the earliest house in Victoria to adopt the modernist style – Sir Roy Grounds own house named “The Ship”, designed in 1933 and 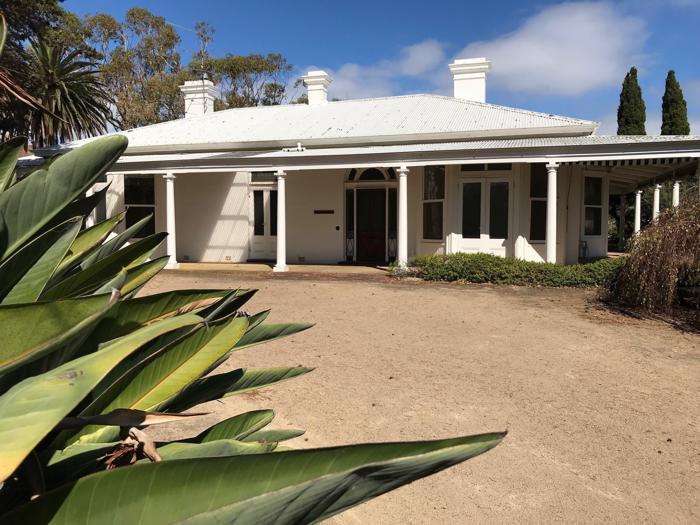 The whole area of Ranelagh was originally the property of John Thomas Smith (1816-79) who was Mayor of the city of Melbourne seven times between 1851 and 1864. Described by his biographer as shrewd, energetic and capable, Smith was best known as a publican in Melbourne, managing the Adelphi Hotel in

The Ranelagh Club was formed in 1924 and incorporated in 1926. The club’s logo has eleven stars for the sports the club intended to pursue – tennis, cricket, golf, lawn bowls, polo, archery, hockey, croquet, fishing, yachting and motor boats. The Club was set up to arrange and manage the 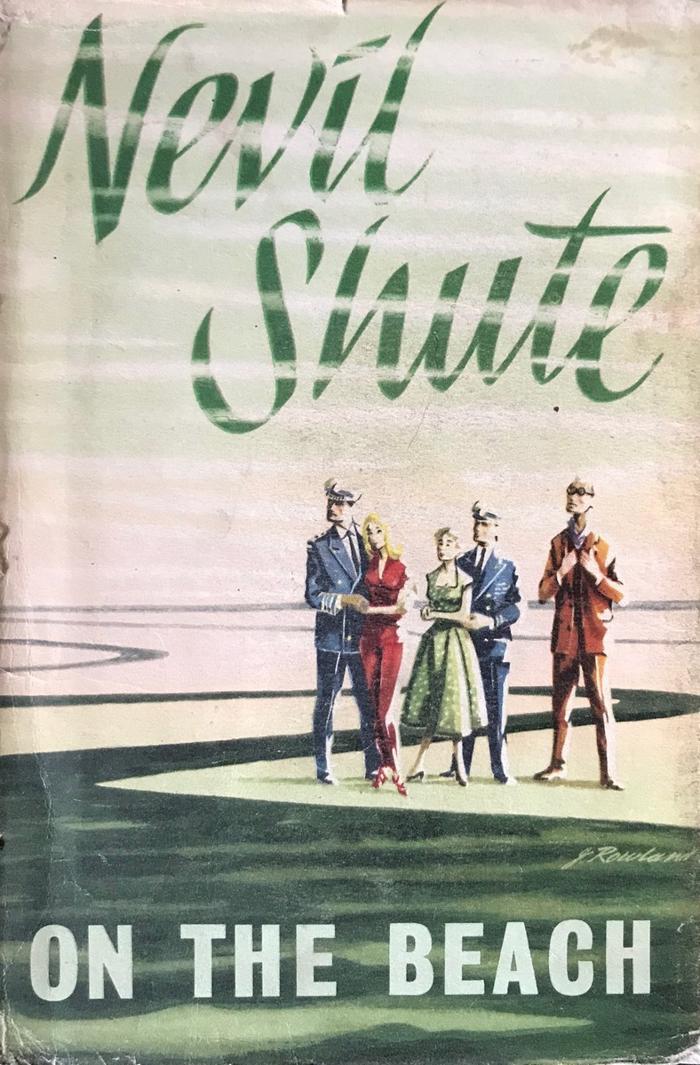 Nevil Shute's "On the Beach"

Ranelagh also has literary and Hollywood connections – the novelist Nevil Shute (Norway) wrote his post-apocalyptic novel “On the Beach” whilst staying as a house guest at “Sandy Cove”, 1 Rendlesham Avenue. He had rented a house in the Ranelagh Estate soon after his arr 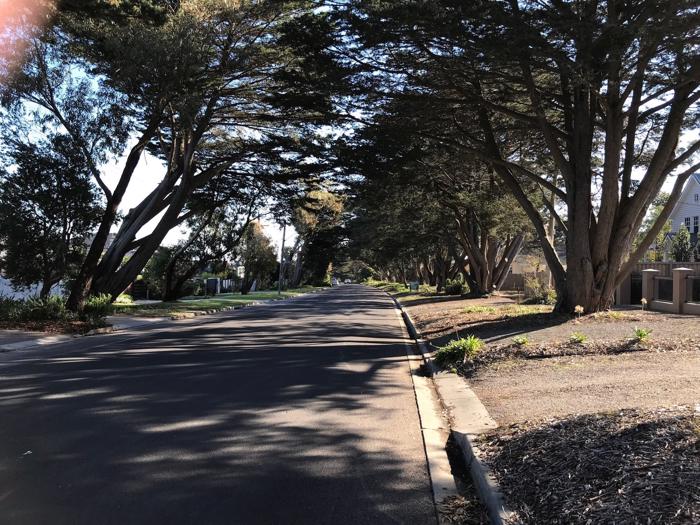 As we proceed up the main thoroughfare of Ranelagh, Wimbledon Avenue, we can perceive the Griffins passion for garden planning, botanical knowledge and indigenous flora. This area has an important early landscape planting along the 100 foot road, alternating Monterey Cypress and Tuart trees, with th 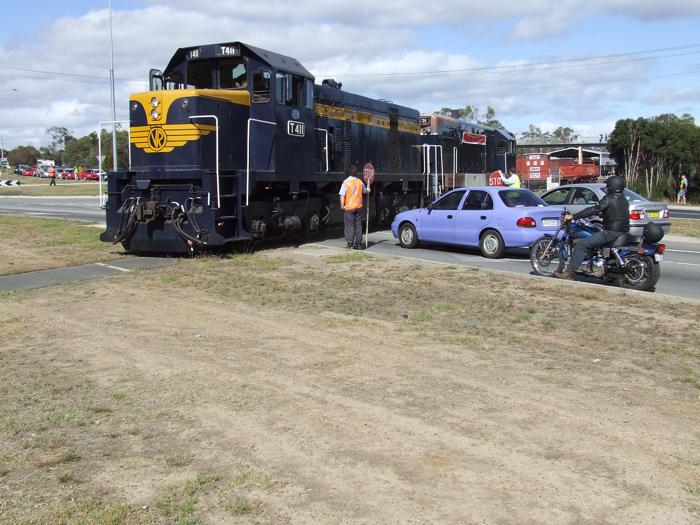