Discover the beauty of Melbourne

Swing by the coastal capital of Australia for some dazzling views and diverse dynamic and style. Shop through the Queen Victoria Market and tour the Melbourne Museum to taste and learn all about this wonderful city’s past!

Melbourne
Swing by the coastal capital of Australia for some dazzling views and diverse dynamic and style. Shop through the Queen Victoria Market and tour the Melbourne Museum to taste and learn all about this wonderful city’s past!
Take a self-guided tour 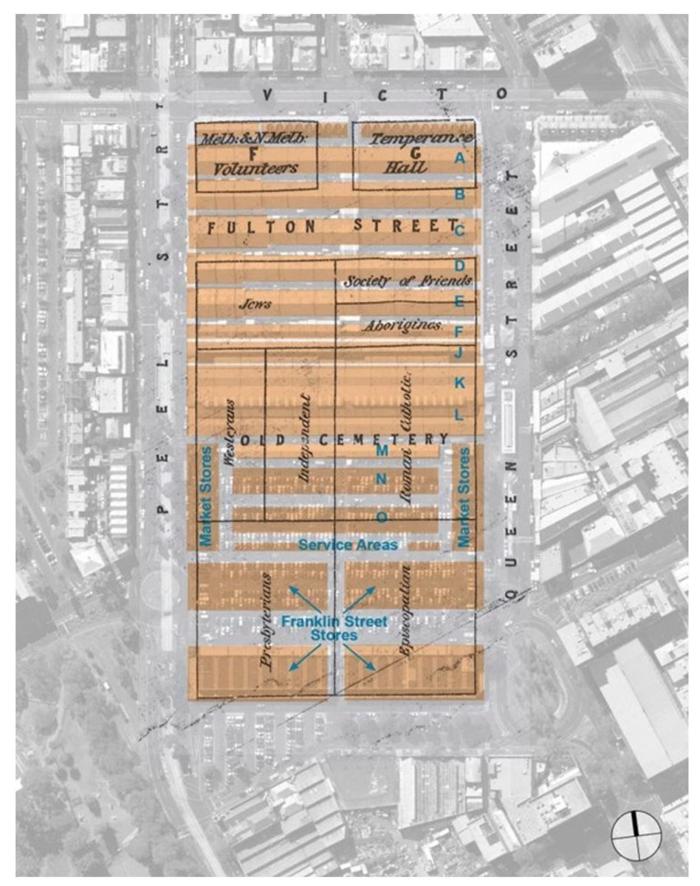 The Queen Victoria Market Precinct a place rich in meaning, history and culture, listed on the Victorian Heritage Register with dual historical significance for being the only surviving example of the great nineteenth century markets of Victoria and the site of Melbourne's first official cemetery.Over nine million people visit the market each year, the vast majority of whom have no idea that 7,000 of Melbourne's earliest pioneers remain beneath the asphalt. In failing to provide appropriate interpretive information to the public about the Old Melbourne Cemetery we are fa 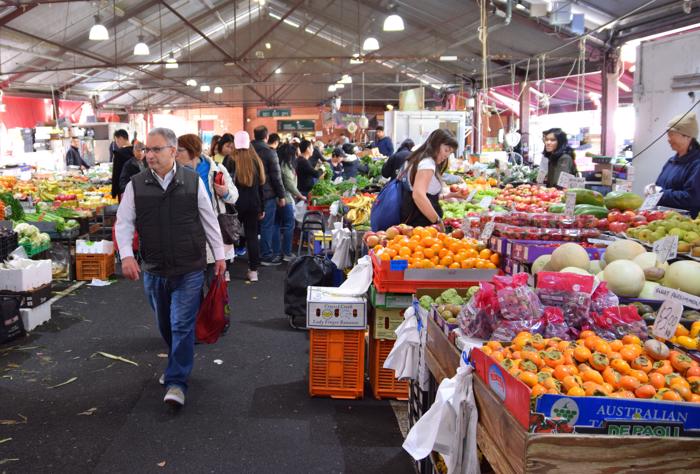 The Heritage Value of the Queen Victoria Market

The Queen Victoria market is a much loved historic institution that has been with Melbourne since its formative years as a town. It has attracted a varied mixture of people to its doorsteps over the years, it has been home to a great variety of businesses and has thronged with the beauty of multiculturalism at its best. There are a great many stories to tell that would showcase the complexity of this market’s history, from games of politics to heartfelt stories of traders and their childhood memories growing up in the market. This podcast will guide you through the market and focus on 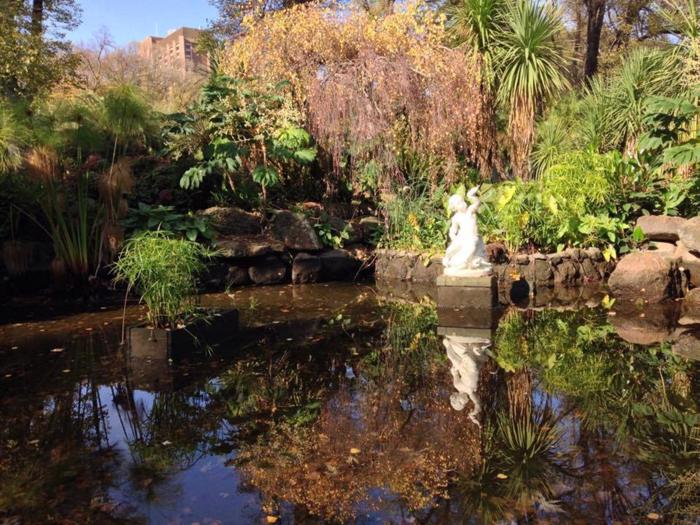 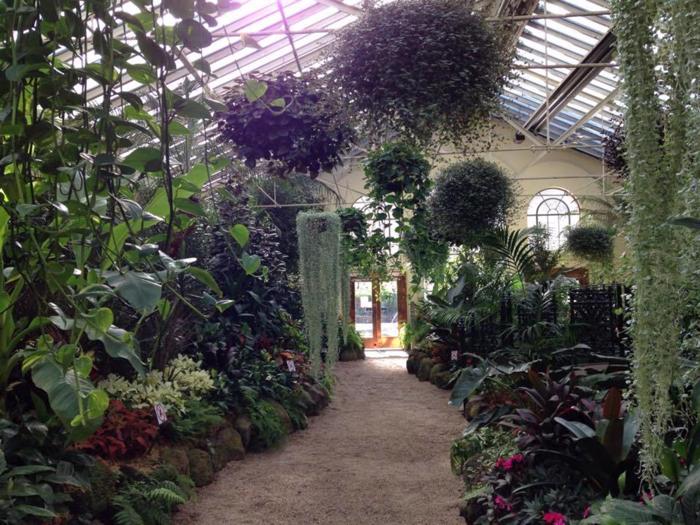 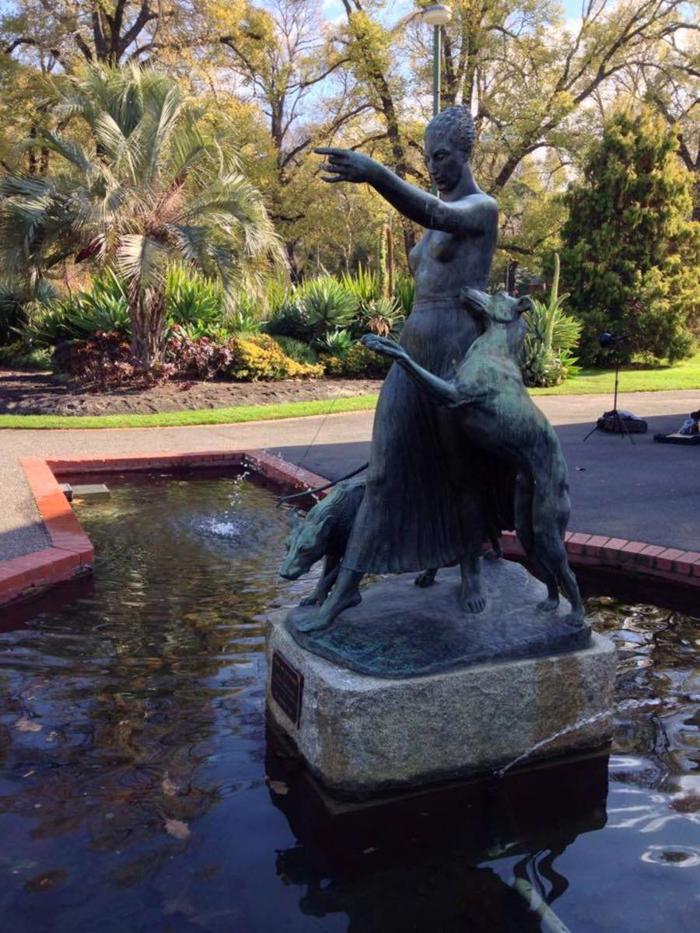 Fitzroy gardens is one of the many pristine gardens in Melbourne. It's meandering pathways are lined with trees. It is now one of the city’s heritage listed gardens of historical, agricultural and social importance. This tour of the art in fitzroy gardens is designed as a getaway from the hustle and bustle of the city, and enables you to see the gardens in a new historic light. The park was reserved as public in the 1840’s, and was originally lined with many willows and ferns along a creek that ran into the yarra. Despite the vegetation, this parkland was on an old swampland, and the creek gav 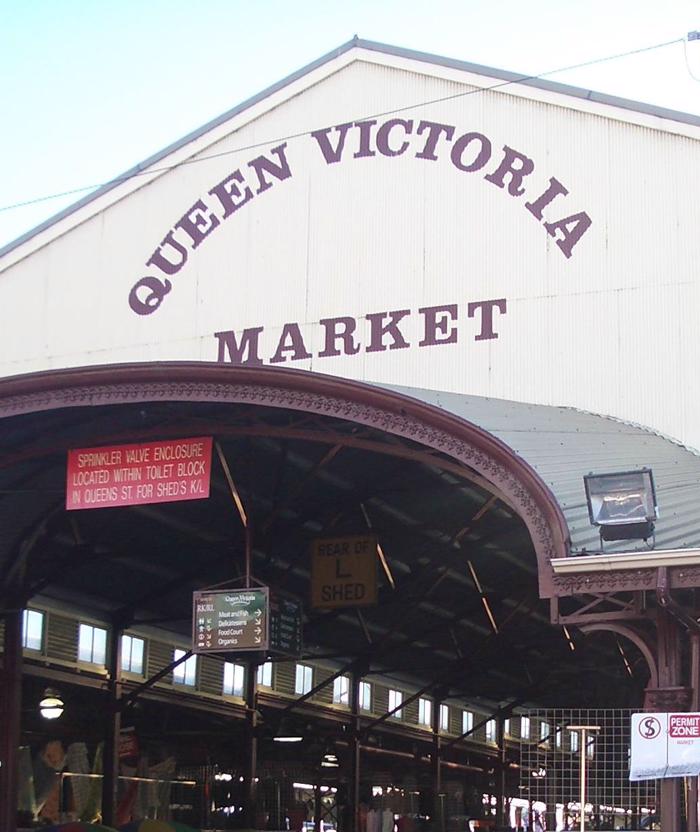 This market is one of Melbourne's most well-known landmarks as well as the largest open-air market in the Southern Hemisphere. Head here if you are in the mood for a proper shopping spree. Much of the market focuses on food of all kinds, from cheese to fresh meat, organized into thematic halls. Howe 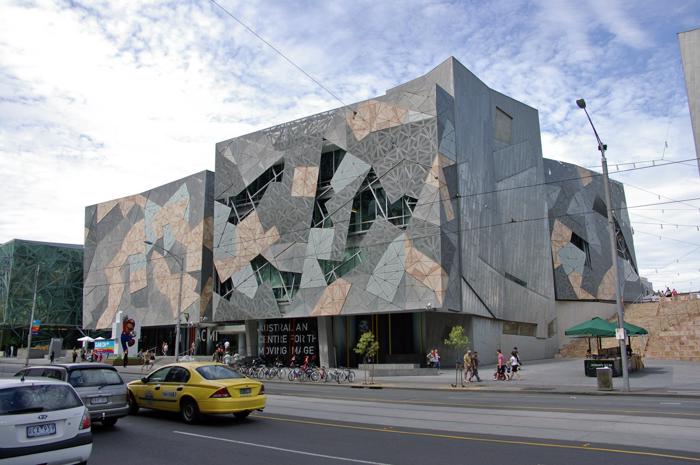 The huge open-air space and a large screen make the place perfect for public gatherings and broadcasting of sport events. It draws millions of visitors every year. The buildings around the square contain Melbourne Visitor Centre, Edge Theatre and also Australian Centre for the Moving Image. There 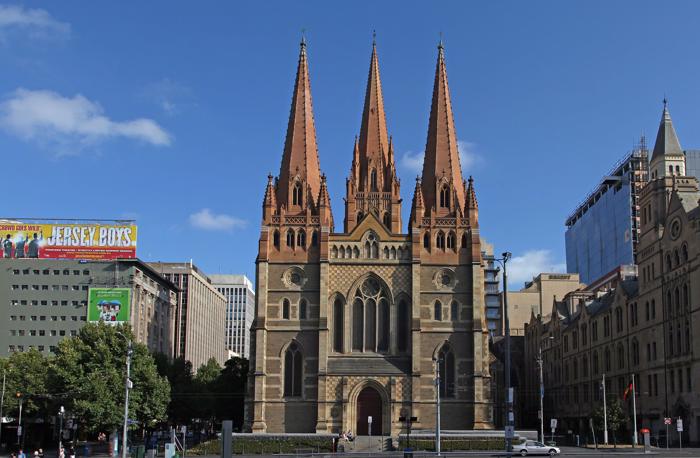 Recently having celebrated the 125th anniversary of its consecration, the St. Paul's Cathedral is the seat of the archbishop of the Anglican church in Melbourne, as well as a beautiful gem of Gothic transitional style architecture. The cathedral is located in the heart of Melbourne, next to its bus

When you visit this observation deck, located on the 88th floor of the Eureka Tower, you are 285 meters high, looking down from the highest public vantage point in a building in the Southern Hemisphere. If you visit it on a sunny day, you will be able to see the whole city, but also to glimpse the o 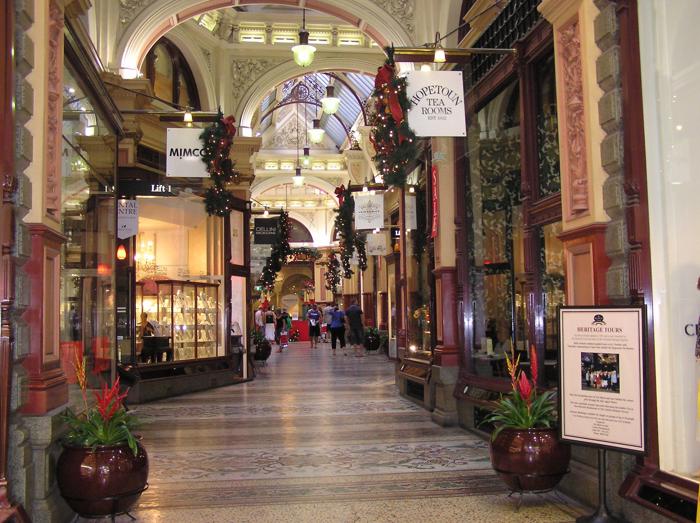 Historically the very first shopping arcade in the city. It was built with the aim to create a glamorous shopping space similar to the Galleria Vittorio Emanuele in Milan. It was built in 1891 but it still retains its glitz and beauty. No wonder that it is listed on the Victorian Heritage Register. 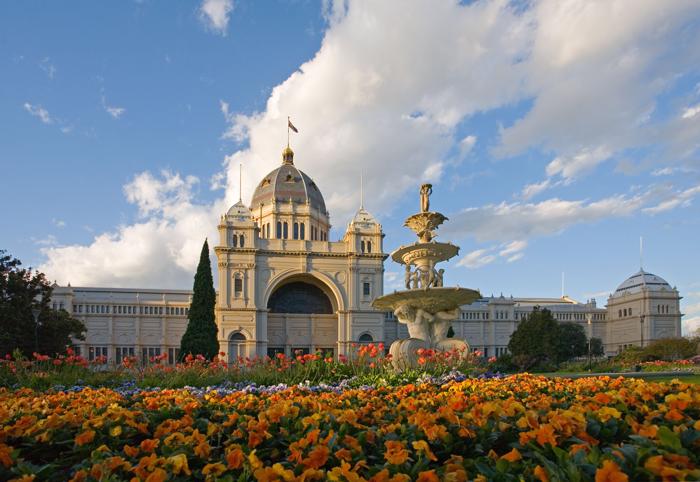 The exhibition complex was designed for the 1880 Fair and it is listed by UNESCO as a smashing example of 19th century exhibition buildings. The construction of the dome was influenced by the style of the famous Florence Cathedral. 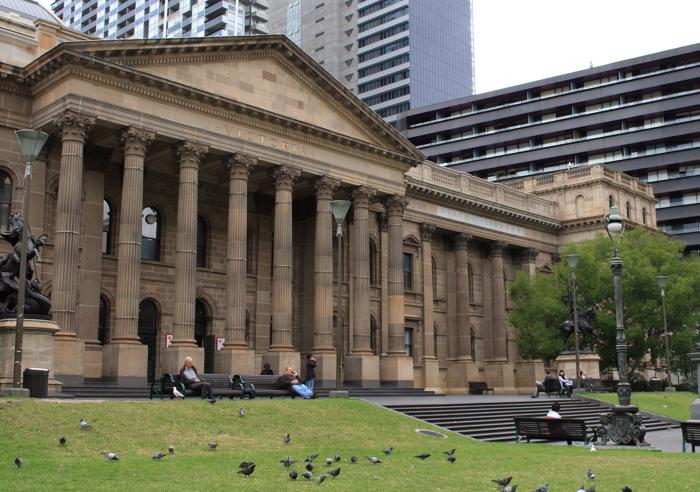 This library is a cultural icon of the city built in the 19th century in a showy style. You can take a guided tour to explore the interiors with magnificent Domed Reading Room. You can also visit the Chess Reading Room where apart from books about the history of chess there are also tables with ch 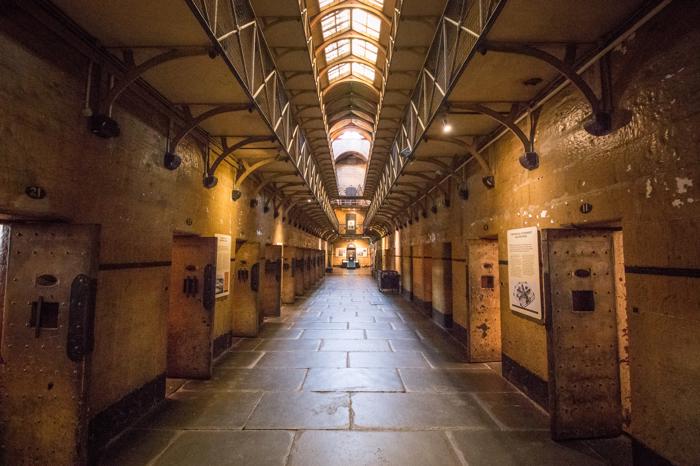 This former prison was the place where the most dangerous criminals were held and also executed. It is now preserved as a museum dedicated to its murky history. There are many personal things of the convicted criminals on display as well as the death mask of the notorious criminal Ned Kelly. 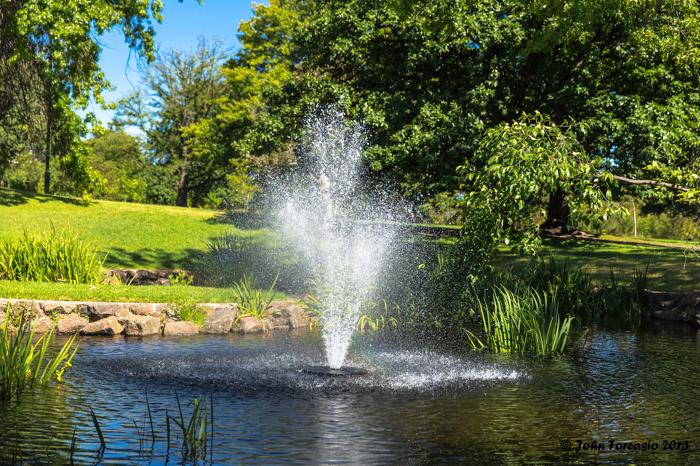 Popular botanical garden with a truly impressive layout and an amazing variety of species. You can wander along the paths or visit the Tropical Glasshouse and explore the colourful flora from tropical regions from all over the world. If you're visiting with children, you can stop by the Ian Potter

The oldest Chinatown in Australia, its establishment dates back to the Victorian gold rush. This culturally rich area with lots of food spots is very popular among both tourists and inhabitants of Melbourne. If you happen to be in Melbourne in February, you cannot miss the celebrations of Chinese