It may be small but rest assured! This town in the Chiana Valley was a hotly contested area during the Rennaissance Era. Well. it's easy to see why given its beautiful vistas and lush terrain.

Marciano della Chiana
It may be small but rest assured! This town in the Chiana Valley was a hotly contested area during the Rennaissance Era. Well. it's easy to see why given its beautiful vistas and lush terrain.
Take a self-guided tour

Trekking in Marciano
Get the app
Start exploring right now: 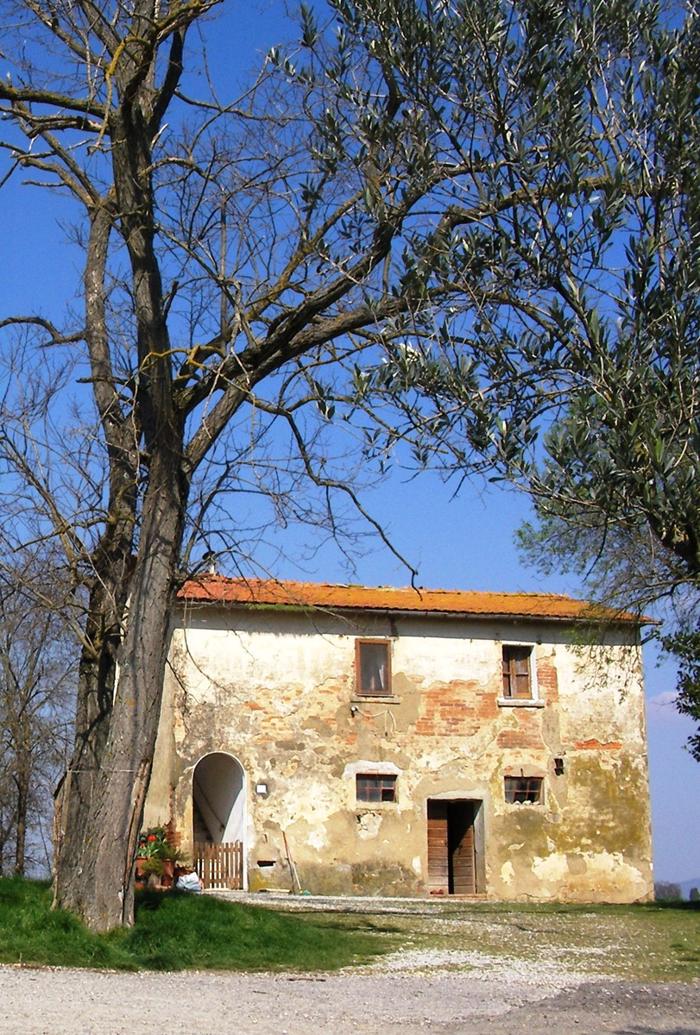 Exiting from the Sentiero della Bonifica del Canale Maestro della Chiana onto the provincial road (direction Arezzo) as you approach the Marciano rest area by the Cesa bridge, you will find yourselves at the very centre of the Valdichiana and its extraordinary historical, cultral, artistic and natural heritage. Now, just imagine yourselves being taken on a virtual journey back through history from the agricultural revival the valley has gone through over the past two centuries as a number of sugar beet and tobacco processing techniques became progressively industrialised, as exemplified by 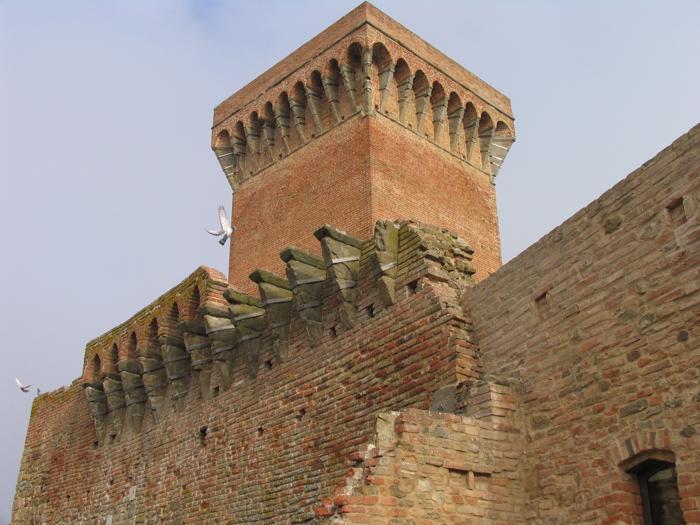 Castle and tower of Marciano

Constructed mainly for military purposes, the settlement of Marciano was successively used by the Arretines who, as early as the 13th century, fortified the Rocca reusing and incorporating existing Roman and Byzantine military buildings; then, after changing hands several times, by the Florentines w 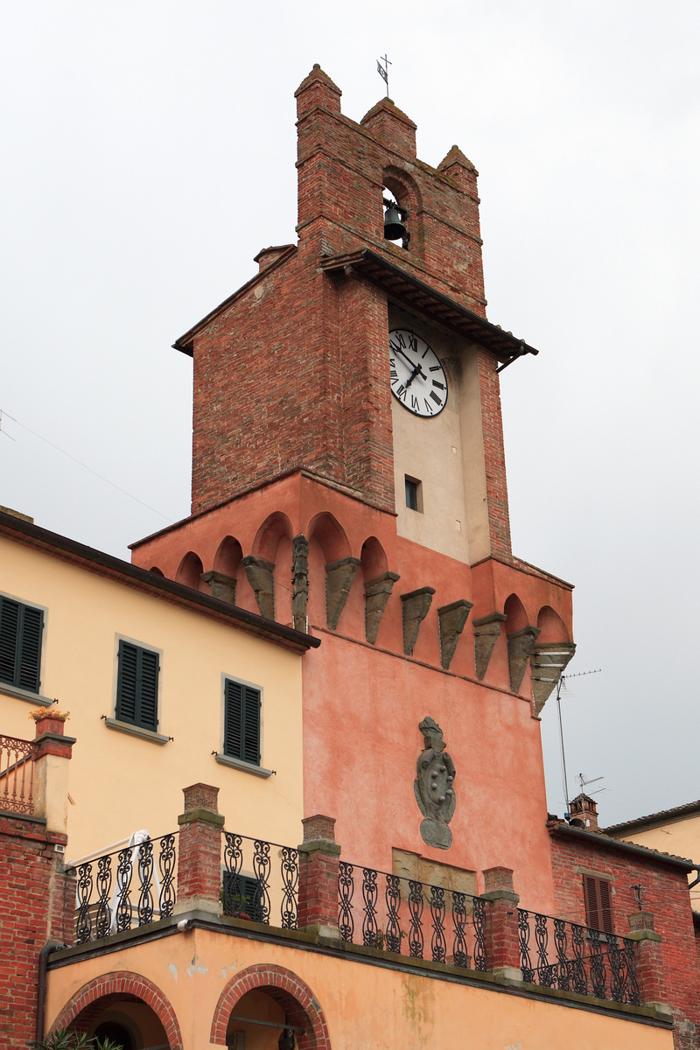 Located in a prominent position at the entrance to the old town, the current Torre dell'orologio (clock tower) forms an integral part of the town walls; its base was, in fact, pierced by a gateway serving as the main entrance to the castle, consisting of a west-facing portal with round-headed doorwa

Located within the castle walls, right next to the Rocca, the original church of Santo Stefano, was possibly built around the 11th century, an assumption that seems to be borne out by evidence gathered during the refurbishment of the parsonage building attached to the current church site. Opened for

Located only miles from the town of Marciano, the settlement of Badicorte traces its origins back to antiquity as evidenced by a number of Roman burials uncovered in its surroundings; during the Middle Ages, the area rose to some importance as two monasteries were built there, that of Sant’Ang 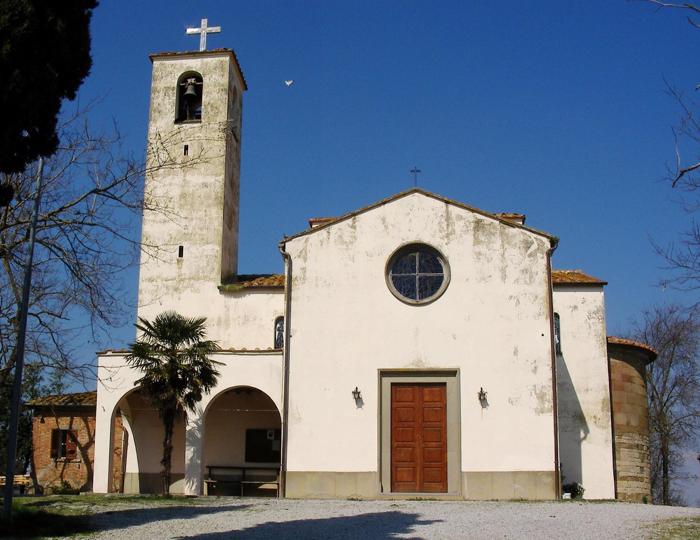 Originally built as an oratory (annexed to the residence of the bishops who owned the Contea di Cesa) as early as the 10th century, the church was later assigned for parish use and subsequently expanded and re-consecrated in 1712. Following later additions and alterations, completed in 1772, the chu 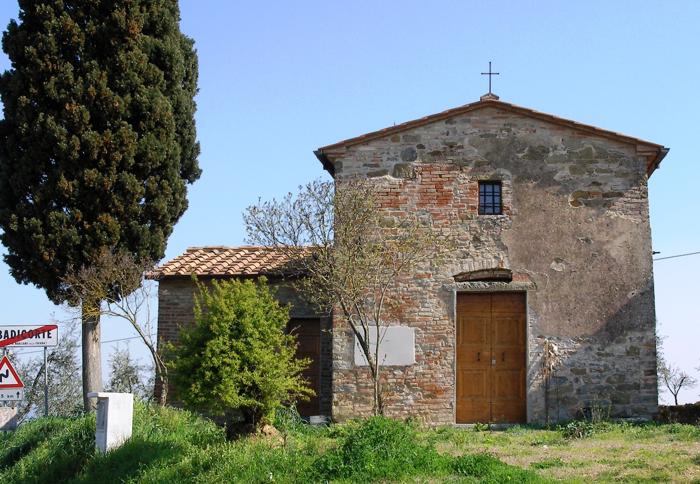 Located only miles from the town of Marciano, the settlement of Badicorte traces its origins back to antiquity as evidenced by a number of Roman burials uncovered in its surroundings; during the Middle Ages, the area rose to some importance as two monasteries were built there, that of Sant’Ang

One of the largest and most productive farms in the area, a former property of the bishopric incorporated into the Italian state in 1870 and subsequently purchased by German-based company Braubach & Kreuser, whose activities drove economic growth across the area, between 1918 and 1825 the Fattor 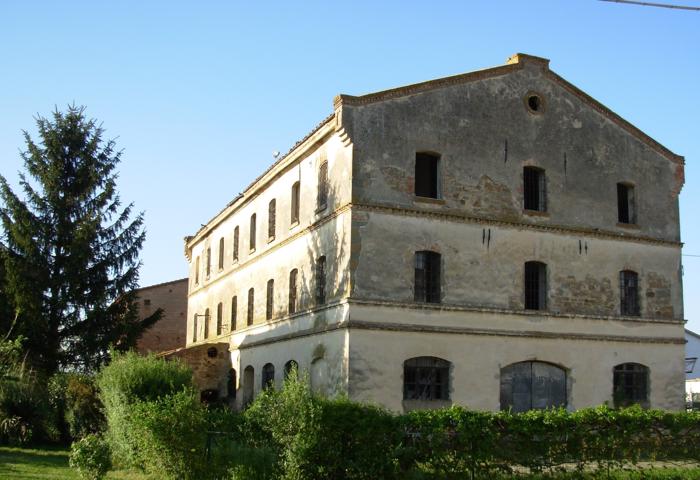 With its expansive fields and fertile soils, the Val di Chiana was one of the earliest sharecropping areas in central Italy to be planted with industrial crops such as sugar beet and tobacco. As early as 1870, the Marciano area saw the establishment of a large sugar processing plant, founded by Colo 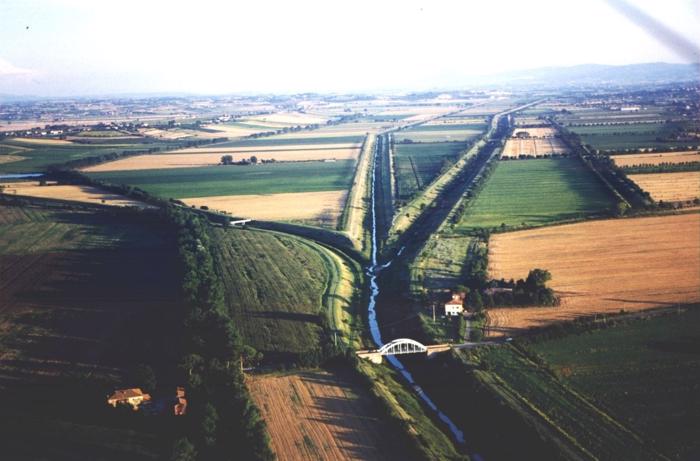 Three-span bridge over the junction canal (Allacciante dei Rii Castiglionesi) which collects water from several creeks in the Castiglion Fiorentino area merged at the site known as Tre Acque in the years 1931-1940. This elegant bridge, featuring three load-bearing brick arches with delicate relievin