Discover the beauty of Louisville

Named after King Louis XVI of France and one of the oldest in the United States, "Bourbon City" is famed for its distinguished distilleries and - of course - the Kentucky Derby!

Louisville
Named after King Louis XVI of France and one of the oldest in the United States, "Bourbon City" is famed for its distinguished distilleries and - of course - the Kentucky Derby!
Take a self-guided tour 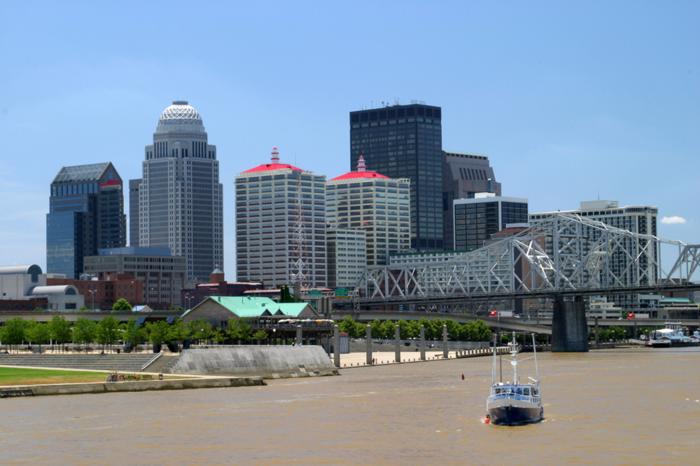 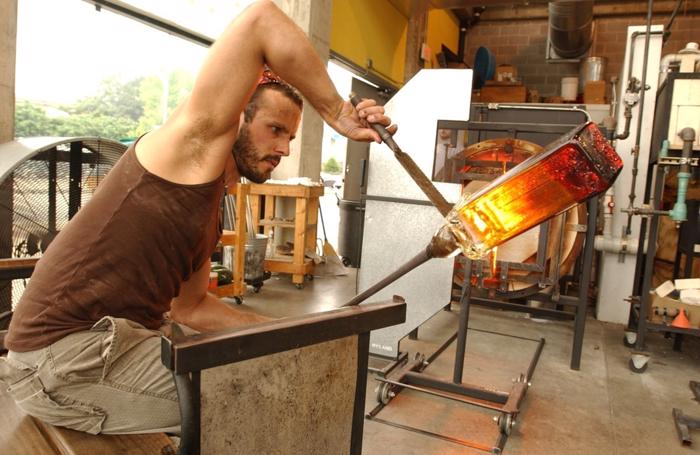 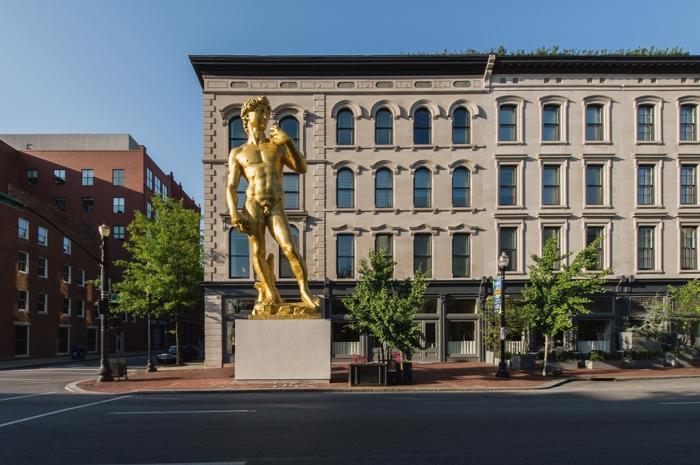 Hello and welcome to this walking tour of Louisville, presented by Insight Guides. My name is Katherine and I’ll be your guide to some of the signature sites of the Derby City. This tour takes approximately two and a quarter hours to complete. You can stop at any time and start again at the same spot later. You can follow the route on your phone or simply listen as I guide you from one sight to the next. I’ll be giving you clear directions and the audio will automatically start playing when you get close to the next sight on the tour. Don’t worry if you need to skip a sigh 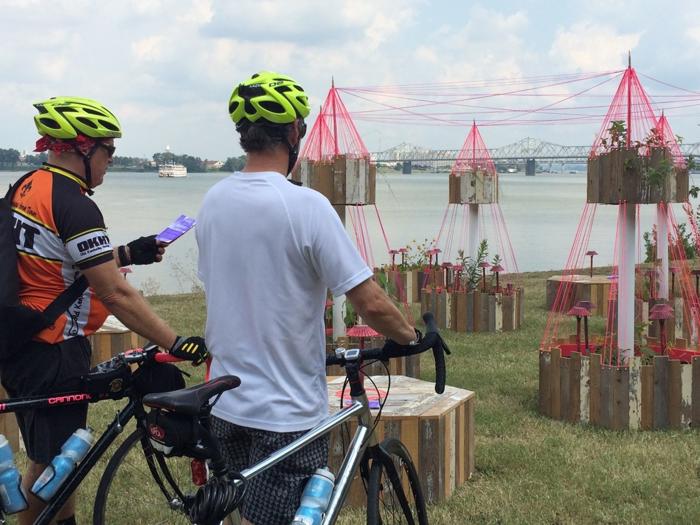 Public Art at the River Walk

Located in one of Louisville's oldest neighborhoods, Portland, the Connect|Disconnect public art initiative offers accessible works of art in an innovative waterfront setting. Marvel at the large-scale sculptures erected by the city's Commission on Public Art. All six of the artists who worked on th 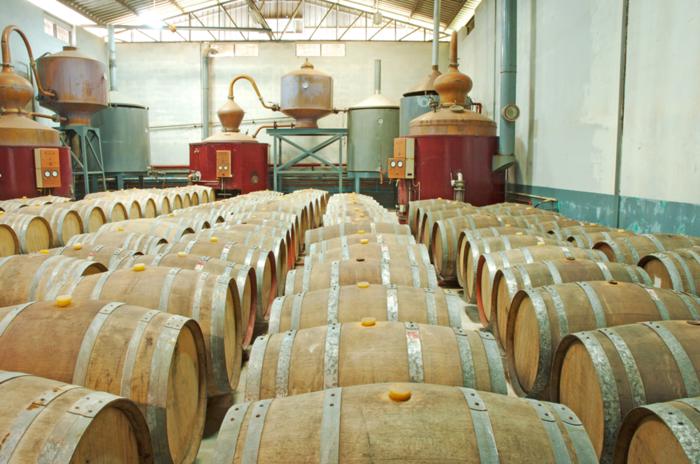 Though the distillery opened in the summer of 2015, Peerless traces its lineage to 1889 and today distills, bottles and distributes moonshine out of a single 42,000-sq-ft former tobacco warehouse. Once the second-largest bourbon distillery outside of Bardstown, Peerless fell victim to Prohibition an

Louisville Glass Works is today called Glassworks, but it has been home to all manner of glass-making since 1850. Originally a manufacturing facility for utilitarian products, today it's an art glass lover's paradise. Home to the Flame Run Glass Studio and Gallery, the iron building affords guests a

On the corner of Main and 7th, lies our next stop, the 21C Museum Hotel. This stylish hotel has some of the country's best rooms, and you should check it out whether you check in or not! Housed in an old bank building, 21C is the nation's only museum exclusively devoted to collecting and exhibiting 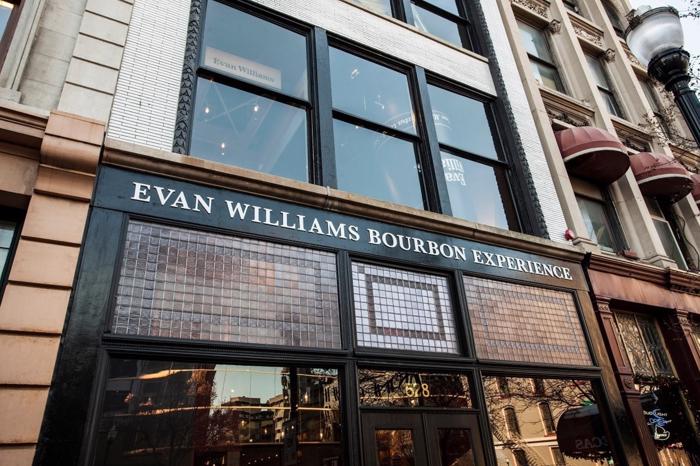 If you've wanted to visit the Heaven Hill Distillery but don't have time on this visit, the Evan Williams Bourbon Experience gives visitors a chance to see a small-scale rendition of their famous process. Evan Williams himself settled in Louisville in 1783 and may have opened the first commercial di 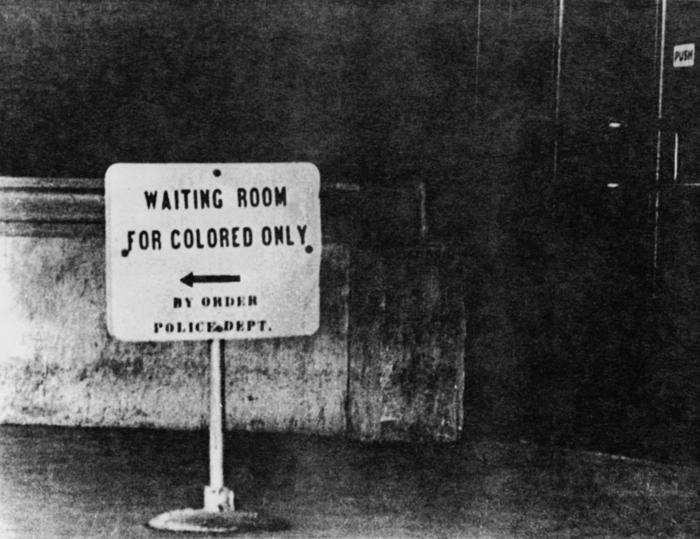 The Downtown Civil Rights Movement Markers were erected to honor Louisville's important role throughout this crucial period of American life and politics. The vision of Dr J. Blaine Hudson, a former dean of the University of Louisville College of Arts and Sciences, the markers dot the landscape of b 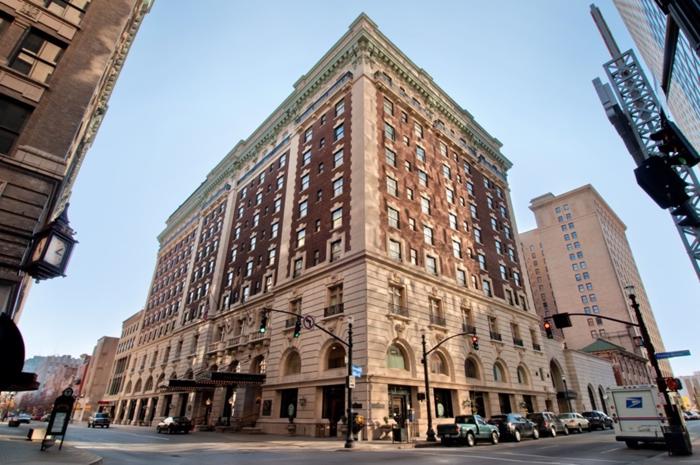 The old-world good looks of the Seelbach Hotel tell only a fraction of its story. Built in 1905, the hotel has played host to many of the nation's most notable names, but it is the hotel's special relationship with F. Scott Fitzgerald that is treasured. While training near Louisville for his role in 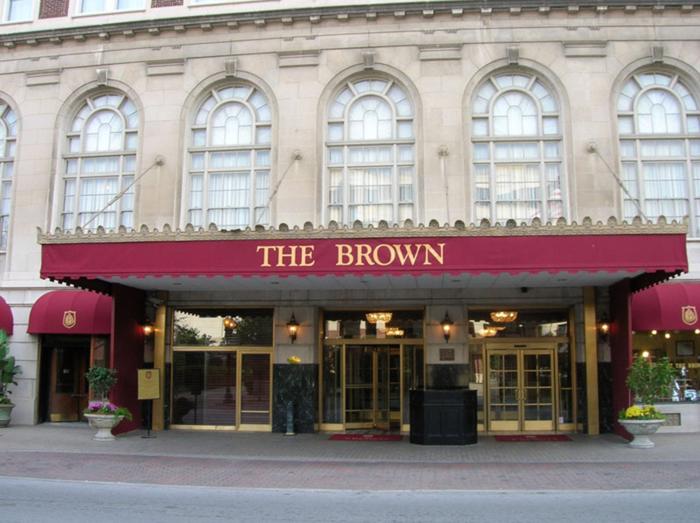 On your left, the English Renaissance-style Brown Hotel is as historic as it is opulent. Opened in 1923 by James Graham Brown, the hotel fell prey to ill fortune almost immediately. So beloved was the hotel's namesake that when his fortune evaporated during Prohibition and the Great Depression, his 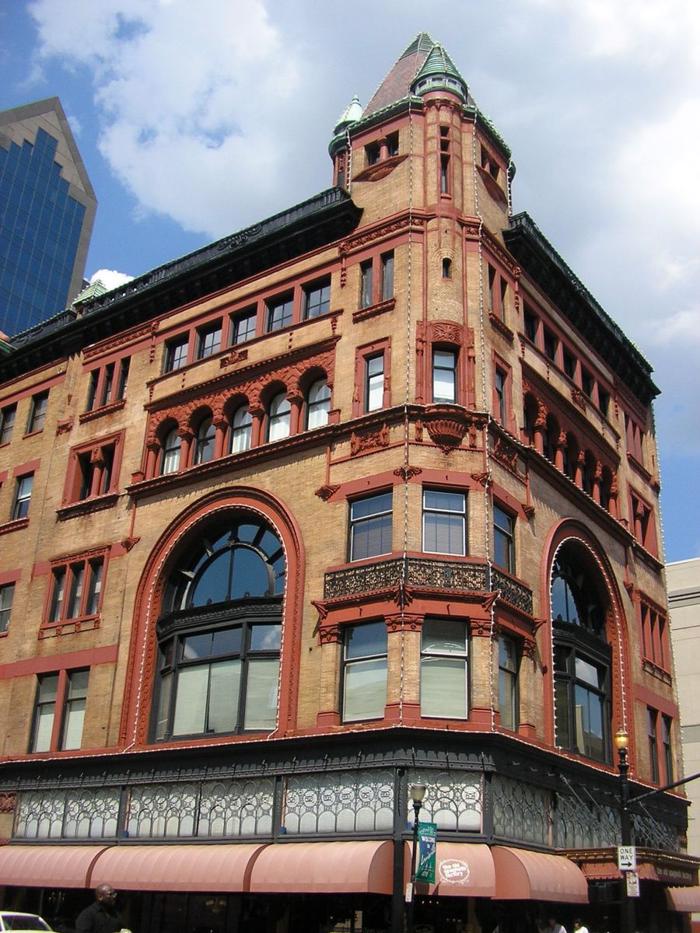 In the late 1800s, Louisville was an important hub for textiles and furs. A great many fortunes were made in the industry, and the architecture of the era reflects the spirit of plenty. The Levy Building, a Richardsonian Romanesque building on the corner of Third and Market, is an example of this ar 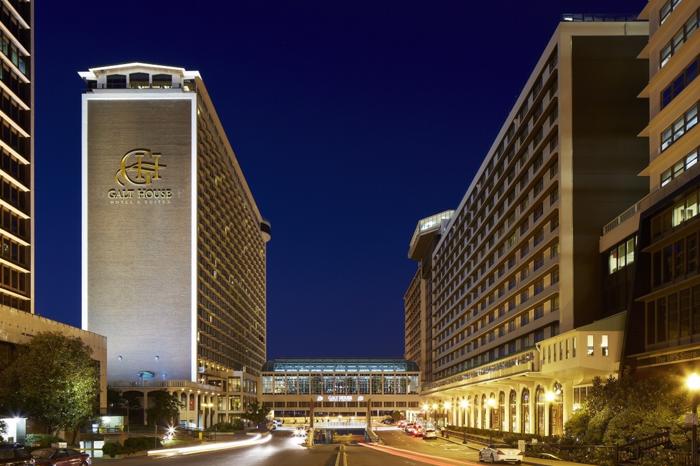 In addition to boasting a revolving restaurant, beautiful guest rooms and some of Louisville's best views of the Ohio River, the Galt House can also lay claim to several important moments in American history. Built in part in the early 1800s, it was here that Ulysses S. Grant and William Tecumseh Sh