Discover the beauty of Kaluga

The "cosmic" city of Russia: Kaluga witnessed the trail-blazing works of pioneers like Tsiolovsky. The world of cosmology, astronomy, physics and mathematics owes a lot to this city.

Kaluga
The "cosmic" city of Russia: Kaluga witnessed the trail-blazing works of pioneers like Tsiolovsky. The world of cosmology, astronomy, physics and mathematics owes a lot to this city.
Take a self-guided tour 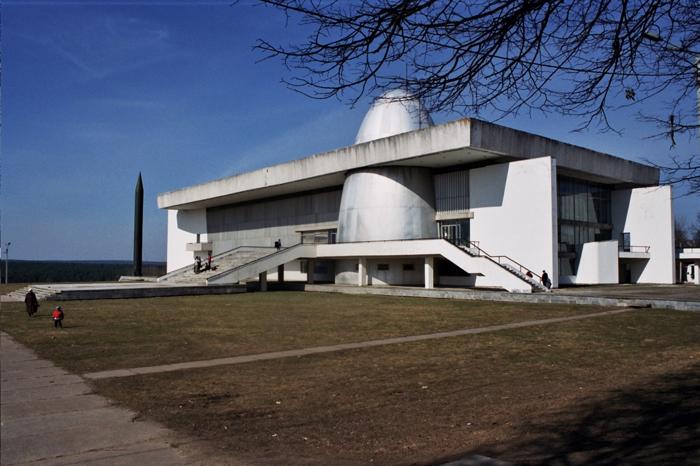 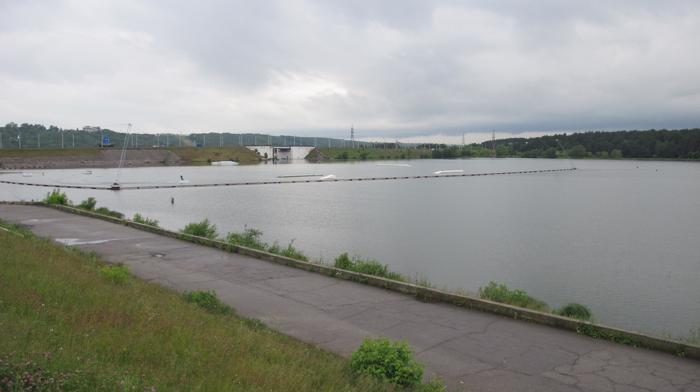 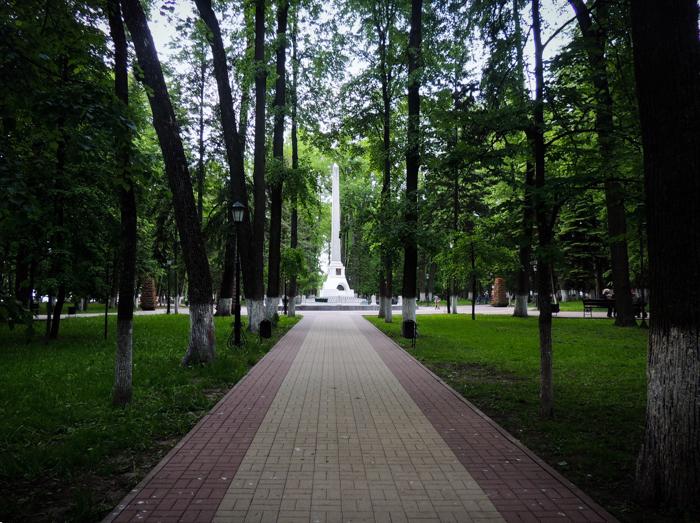 In old times, the word “kalooga” meant “ swamp”. Its conjugates are “loozha – puddle” and “kaloozhnitsa – cowslip”. There is an anecdote about the origin of the name of the city: they say that khan Uga founded Kaluga by driving a kol – (stake) into the ground. Why letter “o” in kol turned into “a” remains a mystery. Anyway, the historians still don’t know the exact date of the establishing of the city. That is why 1371 is considered the starting point, which is the year Kaluga was first mentioned 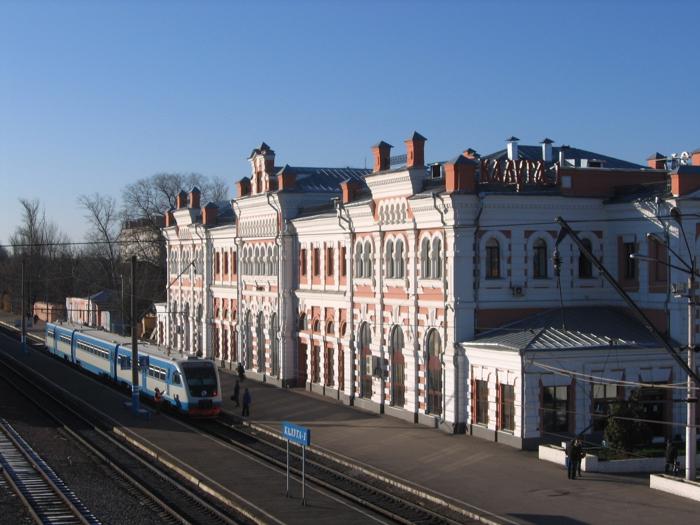 There are two railway stations in Kaluga: Kaluga-1 and Kaluga-2. Kaluga-1 is the main one and Kaluga-2 is the utility one. Kaluga-2 opened in 1959 and used to be called Sergiev Skit. It is situated in a railmen settlement, 10 km from the center of the city. Until 2017, Moscow trains arrived at both

The Museum of the History of Cosmonautics

The museum’s full name is Konstantin E. Tsiolkovsky State Museum of the History of Cosmonautics. Even if you have never been to Kaluga, you have probably heard about the museum. This is the first and the biggest museum devoted to space exploration in the world. The cornerstone was laid persona

The Museum of the History of Cosmonautics opens a beautiful view to Yachenka Reservoir, or as the citizens call it – Kaluga sea, and to a huge woodland – Kaluga pine forest. There is a lot of urban legends about both of these places.Yachenka Reservoir was created in the mouth of Yachenka

To the left of the museum of the history of Cosmonautics on the side of sound-and-light fountain, there is a linden park. It was established at the end of 18th century and for many years it was called a Countryside park. In 1899, in honor of 100th Pushkin anniversary it was renamed to Pushkin park. 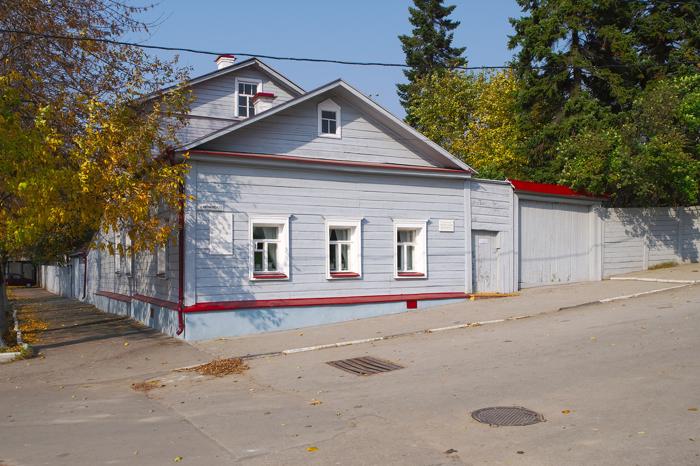 Tsiolkovsky bought this house in 1904, when he moved to Kaluga from Borovsk and lived there for almost 30 years with his wife Varvara and a lot of children. “I wasn’t mistaken about my wife; the children are the angels (and so is she)” – he wrote in a letter to a friend. At f 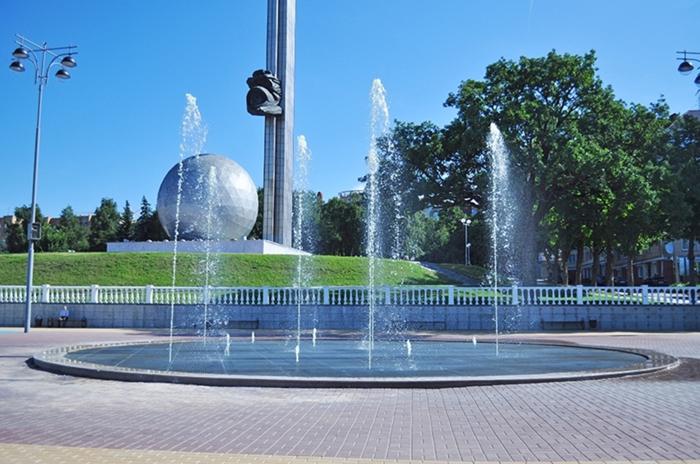 The Monument to the 600th Anniversary of Kaluga

You cannot miss this architectural art piece, which the citizens call “The ball”, because it is a huge sphere on a podium with a 50m high pylon and a sculptural image of an astronaut in a space suit attached to it. It was installed in the middle of 1970s. The author of the monument is th 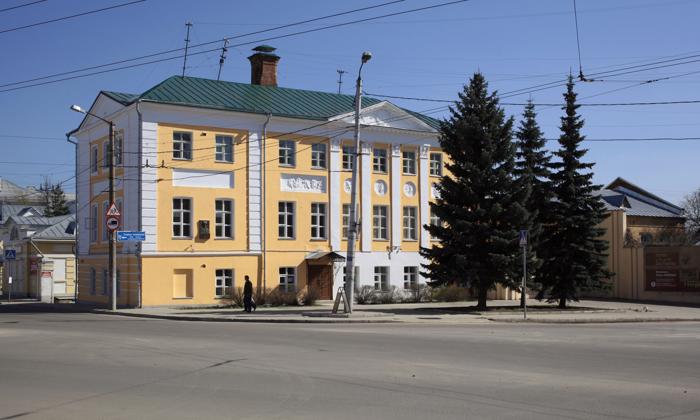 Yellow two-storey building at the corner of Bauman and Pushkin streets is the house of the merchant Bilibin, also known as Shamil house. The house was built at the end of 18th century by Kaluga merchant, Ivan Bilibin, but it was famous because captive imam (that is, the ruler) of Dagestan and Chechn 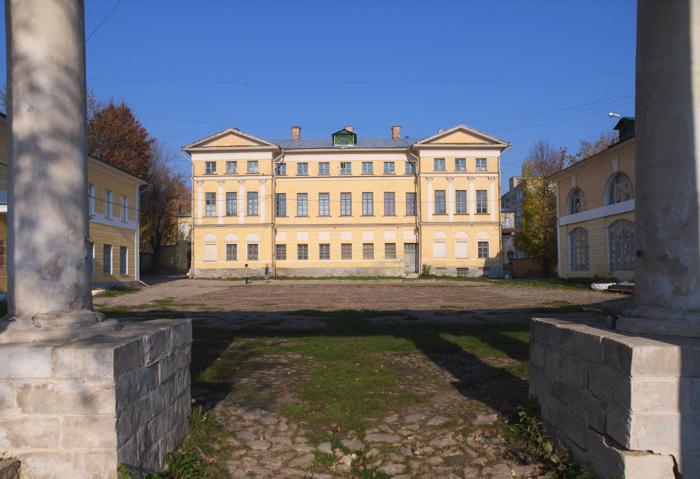 Kaluga Regional History Museum is located in a former town mansion of the merchant Zolotaryov, built in the beginning of the 19th century. One of the oldest regional history museums of Russia, Kaluga museum opened in 1897 and initially was placed in the chambers of Korobov merchants. Today, these ch 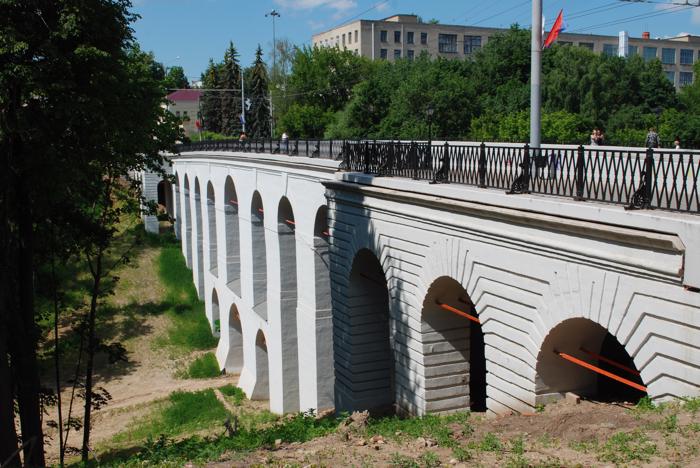 The Kamenny Bridge (The Stone Bridge)

This is the oldest and the biggest stone bridge in Russia, built similarly to Ancient Rome aqueducts. It was built at the end of 18th century by the project of the first architect of Kaluga Governorate Pyotr Romanovich Nikitin. His projects also include the building of Gostiny dvor and Public Office 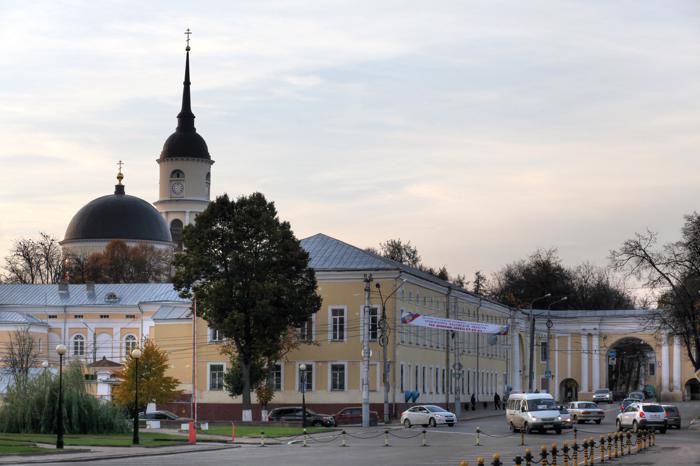 The building of the Public Office (that is, governorate administration) became one of the first buildings in Kaluga, created according to a regular design by Pyotr Nikitin at the end of 18th century. Apart from Kaluga, this famous architect also created general plans of Tver, Torzhok, Borovsk, Kozel