Discover the beauty of Istrinsky District

Istrinsky District
This district west of Moscow has its own variety of churches and historical landmarks found mainly in the town of Istra.
Take a self-guided tour 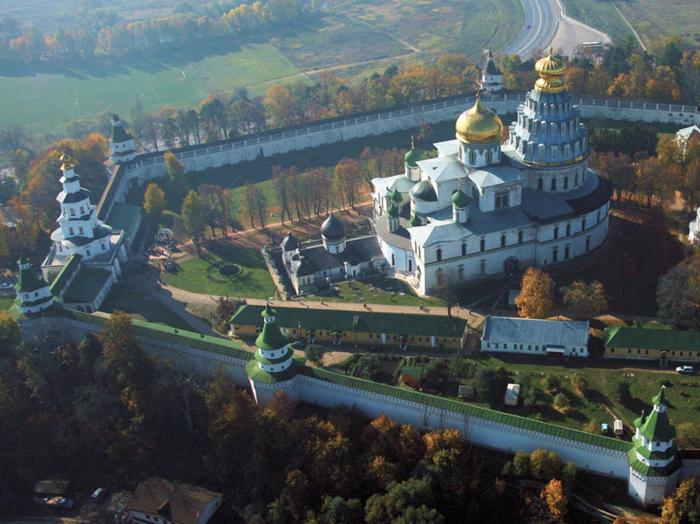 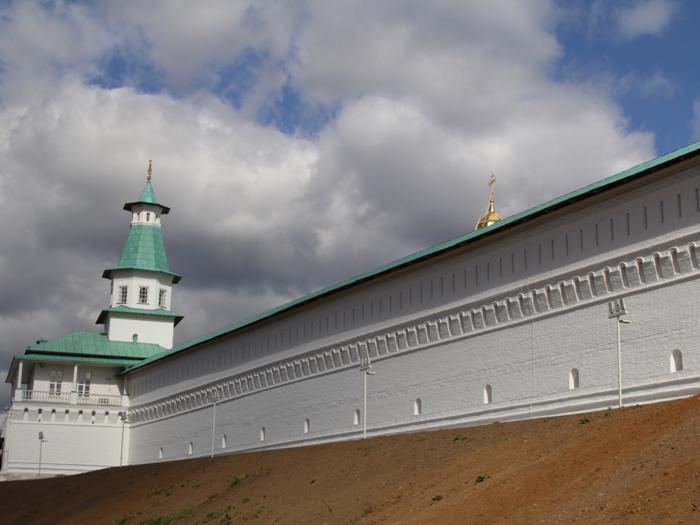 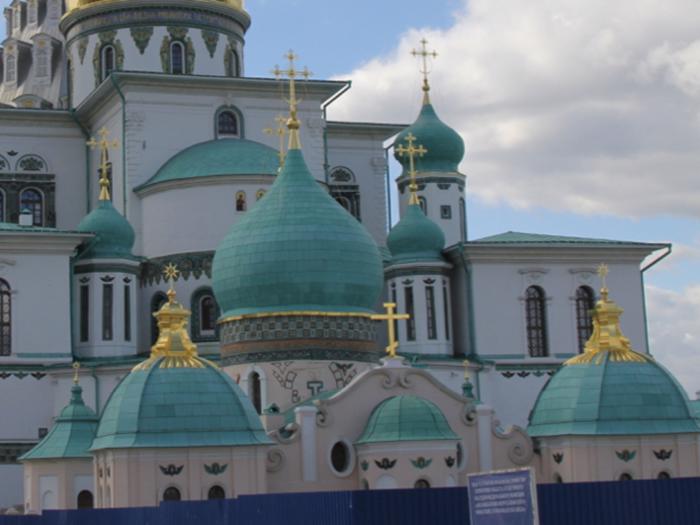 Hello, dear tourists! You are in New Jerusalem. You will have a walk to the New Jerusalem Monastery, a museum of wooden architecture, to the cell of Patriarch Nikon and to the museum-exhibition complex. 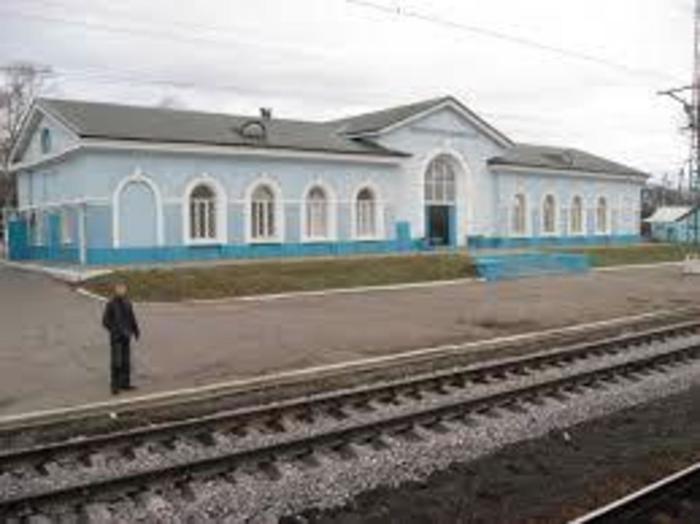 If you take one of numerous buses from Novoierusalimskaya station to the monastery, get off at the "Museum" stop. But if the weather is good, it is better to walk – it will take about 30 minutes – the views here are amazing and the monastery, standing on a hill, is approaching gradually 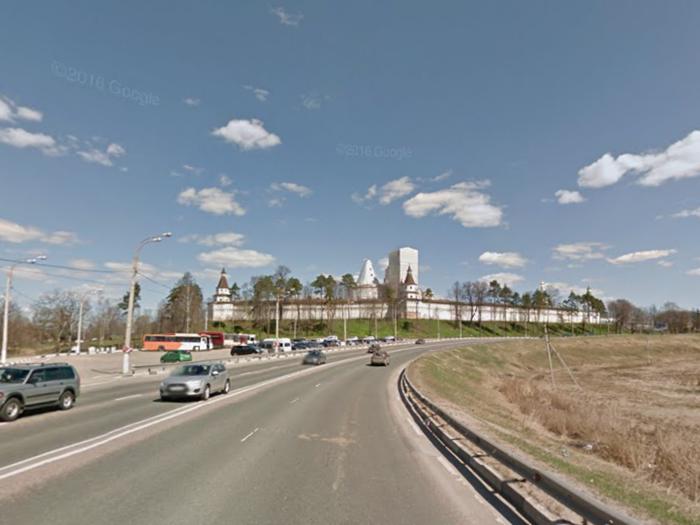 On the Way to the Monastery

When you see the shining domes of the New Jerusalem Monastery, the bell tower and the fortress wall with numerous towers from afar, it’s hard to believe that someone could lay a hand to such beauty. But on November 22, 1941, the 2nd SS Panzer Division "Das Reich" occupied the monastery. Part o

The Founding of the Monastery

As you can see, the monastery is surrounded by an imposing fortress wall. It’s 9 meters high and 3 meters thick. Above is a battlefield with loopholes to defend the monastery from enemies. There are 8 towers on the walls. But the stone fortress wall appeared here in early 17th century, when mo

The Church of Constantine and Helena

You can get to the territory of the monastery through the gate church entrance of the Lord to Jerusalem.The first thing that everyone sees inside the fortress wall is the church of Constantine and Helena. It was least affected during the war. The church is underground: the main part of the building 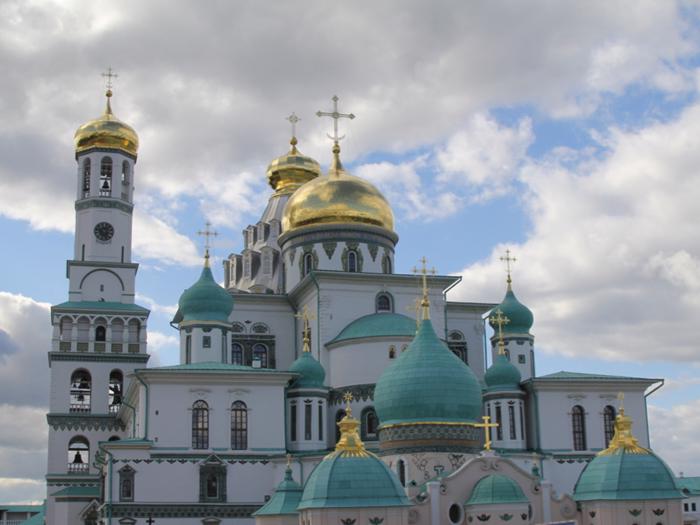 Close to the church of Constantine and Helena is the Resurrection Cathedral, the main shrine of the New Jerusalem Monastery. Built in 1694, it in general repeats the Church of the Holy Sepulcher in Jerusalem. Stay for a while and take a look at its decoration. The cathedral is covered with magnifice 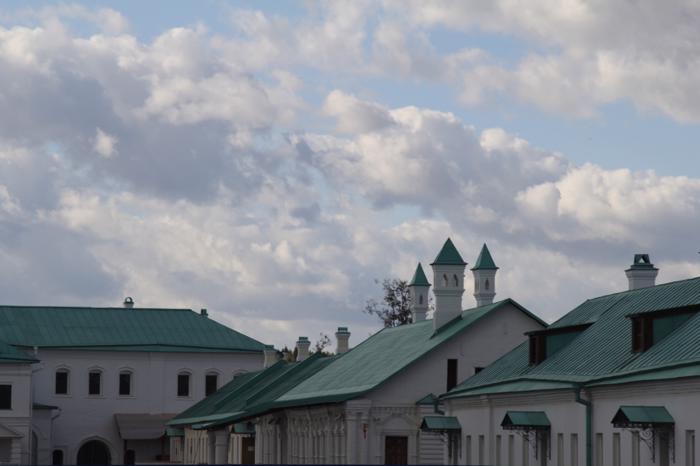 The Chamber of Princess Tatyana Mikhailovna

Outside the Resurrection Cathedral, north of the church, you will see fraternal corps, they too were returned to their original appearance, without further alterations and destruction. Between two fraternal corps are the rooms of the princess Tatyana Mikhailovna, the youngest daughter of Tsar Mikhai 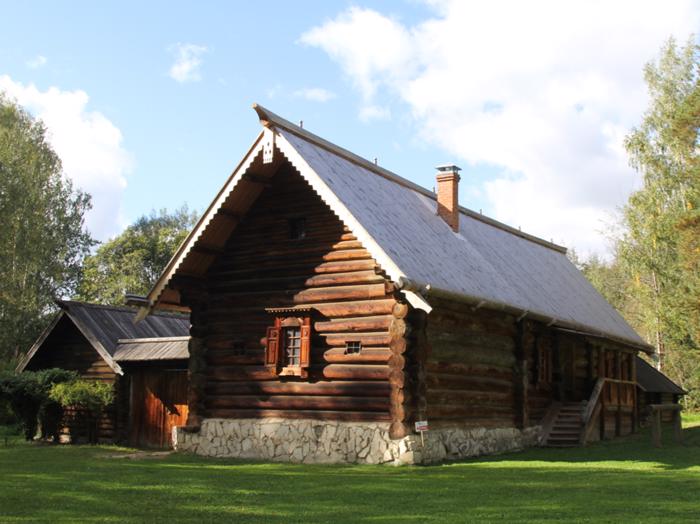 New Jerusalem will acquaint you not only with the architecture of the Holy Land, but also with what the Russian masters built. Here ancient wooden buildings were brought from different parts of the Moscow region.A hut of the Kokorins family arrived from the Lyubertsy district. This house is already 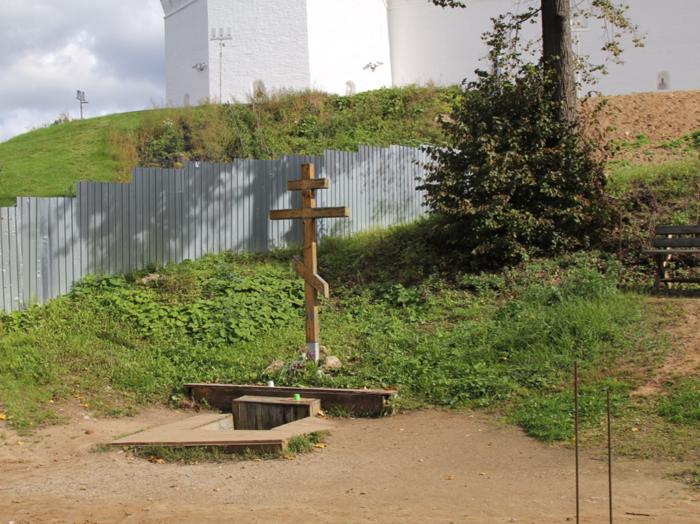 Under Elizavetinskaya tower, near the fortress walls, the spring beats. Try the local water - it tastes good and quenches thirst perfectly. This spring is called "Siloam font" - the same name as a spring near Mount Zion in Jerusalem. Once there was a chapel, but in the 30's it was destroyed. The spr 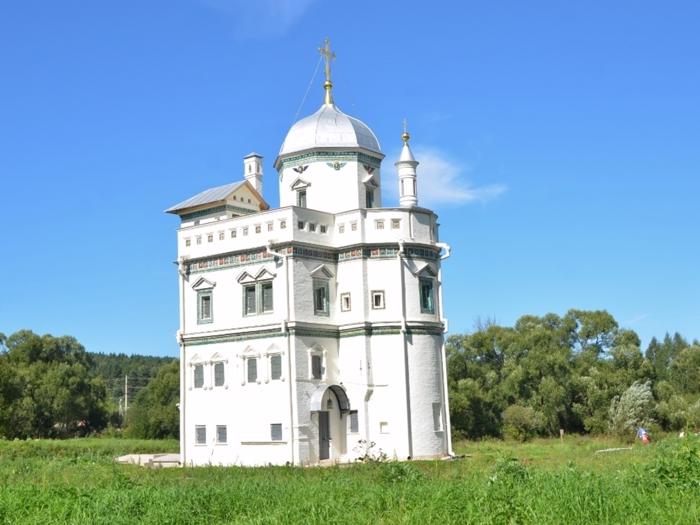 If you go right from Elizavetinskaya tower and walk along the wooden bridge through a narrow stream, you will very soon find yourself in the Epiphany desert, near a snow-white three-tiered building decorated with tiles and crowned with a dome and a cross. It is nothing but the cell of Patriarch Niko

When the monastery was returned to the church, a new building was built for the museum, which itself is worthy of admiration. Look how beautifully the museum fits in the surrounding landscape – its huge three-story building literally spreads over the land between the hills and does not in the