Discover the beauty of Houston

Classic southern “pick up by your bootstraps” culture meets high-heeled city vibes in this incredibly diverse yet cultured city. Chill out in some flip-flops, take in the museums and shopping, and then put on some boots and head on over to happy hour and revel in culinary bliss at restaurants!

Houston
Classic southern “pick up by your bootstraps” culture meets high-heeled city vibes in this incredibly diverse yet cultured city. Chill out in some flip-flops, take in the museums and shopping, and then put on some boots and head on over to happy hour and revel in culinary bliss at restaurants!
Take a self-guided tour 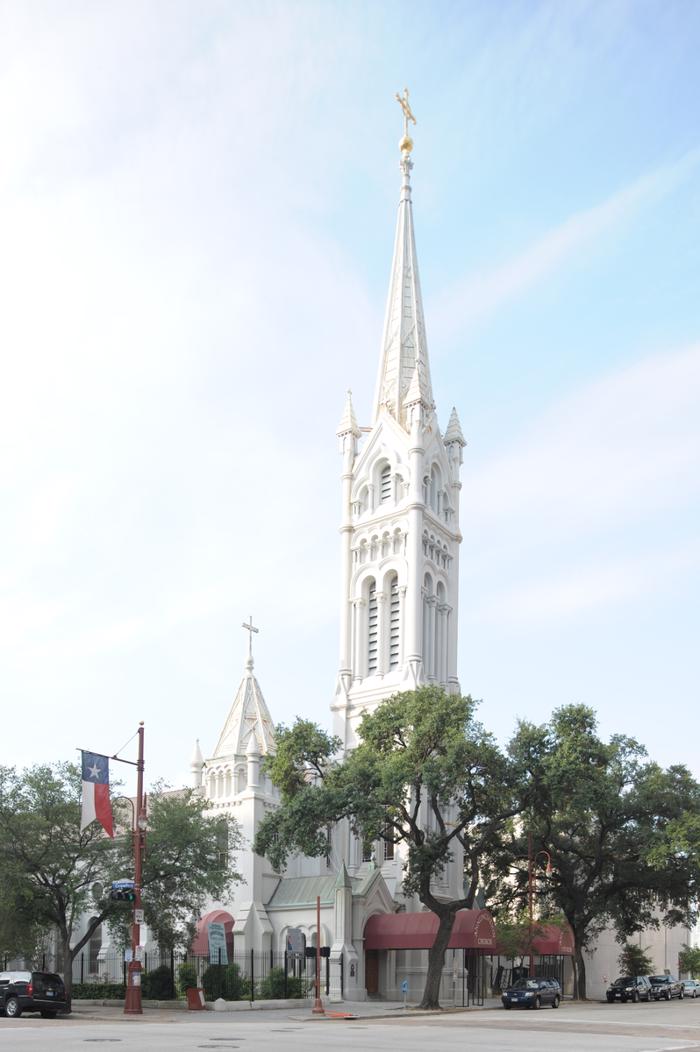 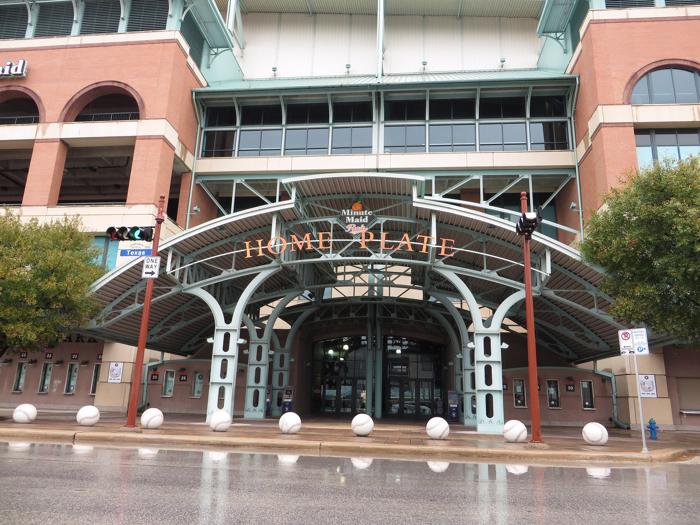 Welcome to downtown Houston, the heart of the 4th most populous city in the United States, a diverse and growing urban center for entrepreneurs in retail, industry, and entertainment. It’s prospered in many industries, among them shipping, space and aeronautical, medical research, and, of course, oil and gasoline. But growth in major American cities often brings with it the dreaded urban sprawl – and Houston is infamous for its sprawling, automobile-dependent layout. And therefore it’s also notorious for traffic. But luckily, you can forget traffic for a while. 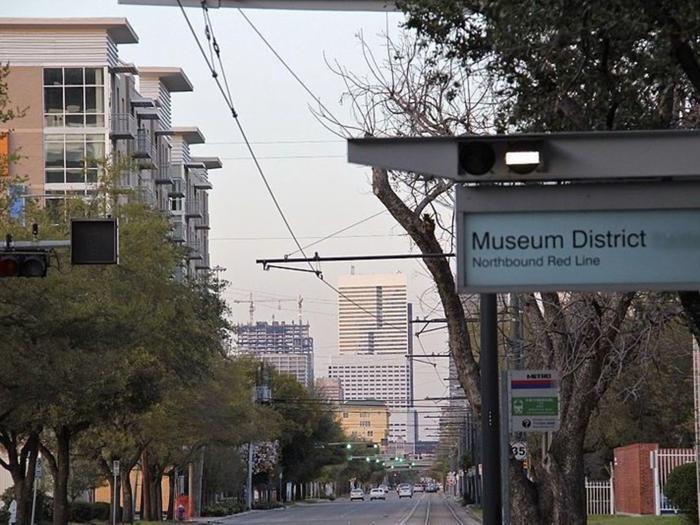 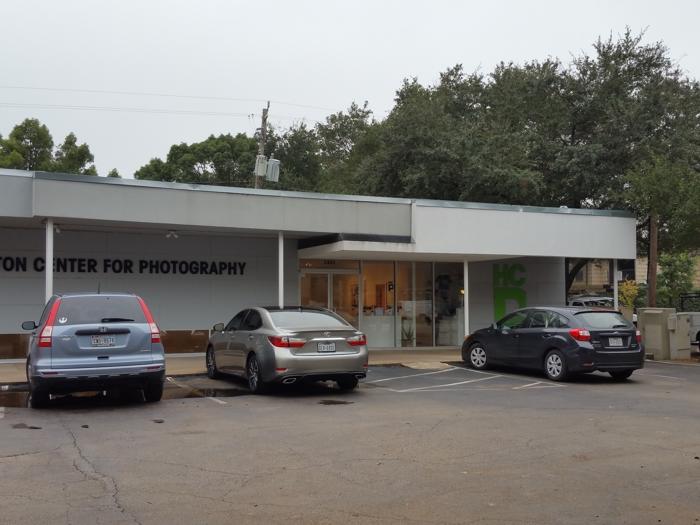 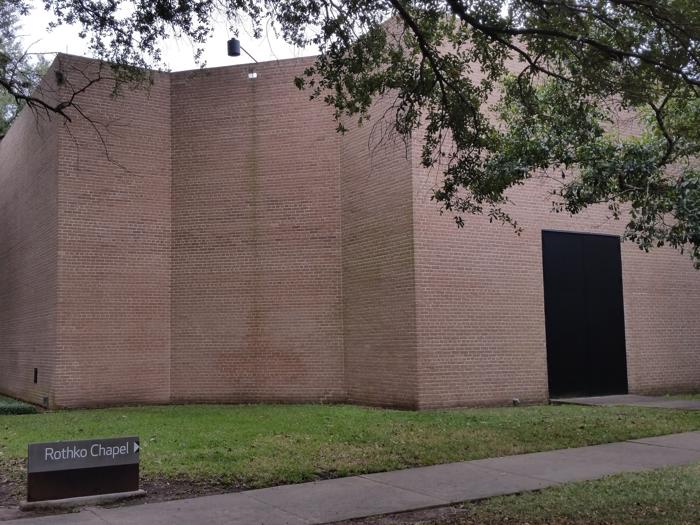 Welcome to Houston!You’re in Houston’s Museum District, a pedestrian-friendly area of Southwest Houston dedicated to the promotion of art, science, history, and culture. There are more than 20 museums, galleries, and other cultural centers, all conveniently located within walking distance of each other, in this beautified, revitalized neighborhood.Licenses:Photo “HoustonMuseumDistrict.jpg” by 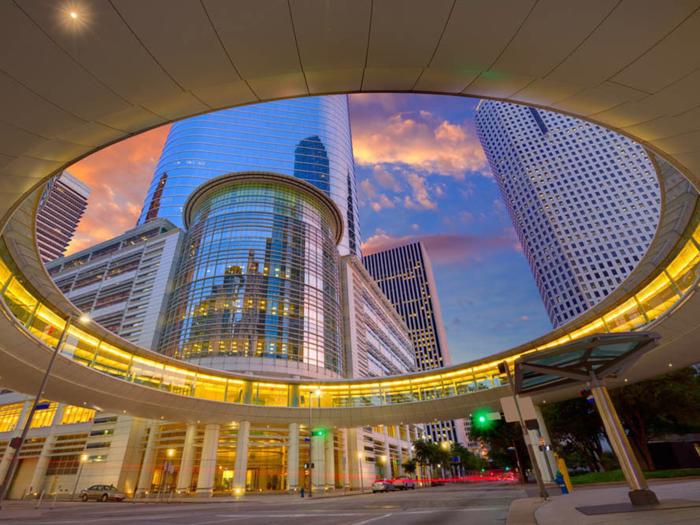 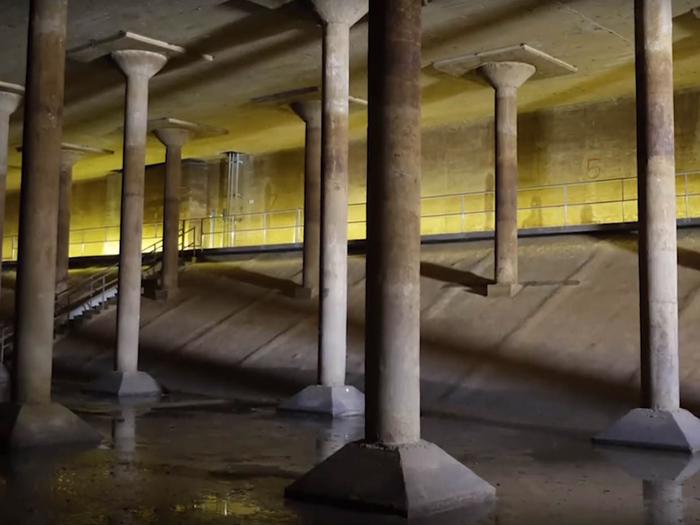 Houston: the Spirit of Texas

Hello, my name is Katherine and I’ll be your guide on this tour of Houston, where the spirit of old Texas lives side by side with the new. This is a driving tour, presented by Insight Guides, that will take about two and a half hours to complete, not including any time spent touring museums or any buildings.Feel free to pause whenever and start again at the same spot later. You can follow the route on your phone or simply listen as I guide you from one sight to the next. I’ll be giving you clea 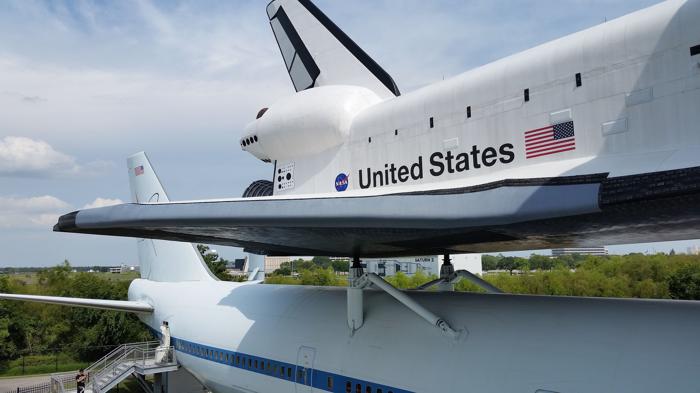 Space Center Houston is a leading science and space learning center, the official visitor center of NASA Johnson Space Center in Houston and a Smithsonian Affiliate museum. The organization is owned and operated by the nonprofit Manned Spaceflight Education Foundation, a 501 organization. The Johnso 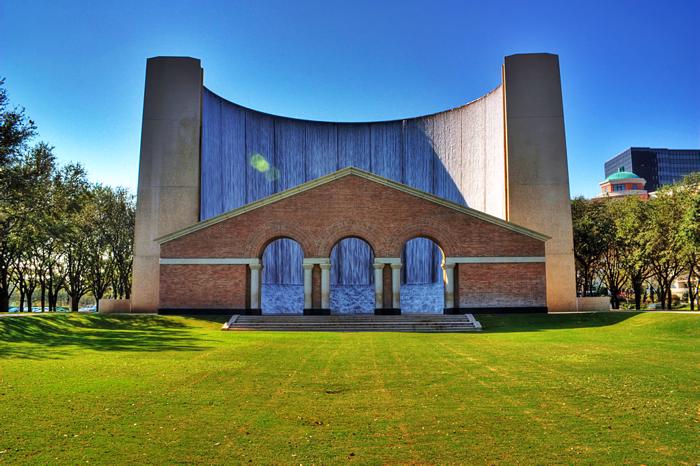 Artificially made waterfall, this one is a refreshing place to visit while in Houston. Can't miss the chill-out! 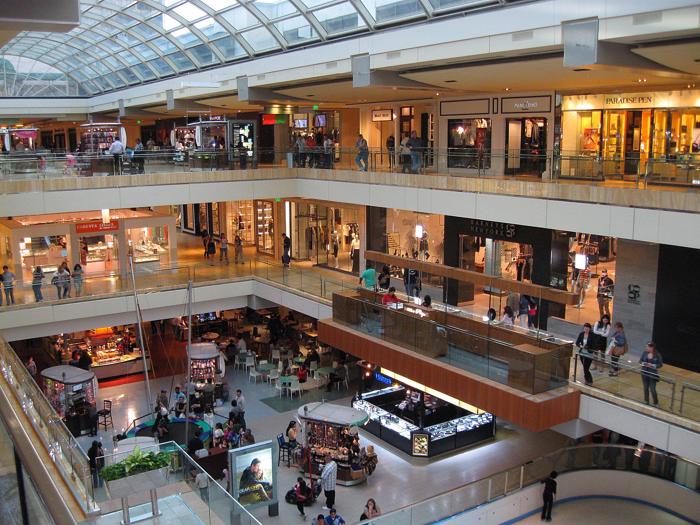 The Galleria, stylized The Galleria or the Houston Galleria, is an upscale mixed-use urban development shopping mall located in the Uptown District of Houston, Texas, United States. The development consists of a retail complex, as well as the Galleria Office Towers complex, two Westin hotels, and a 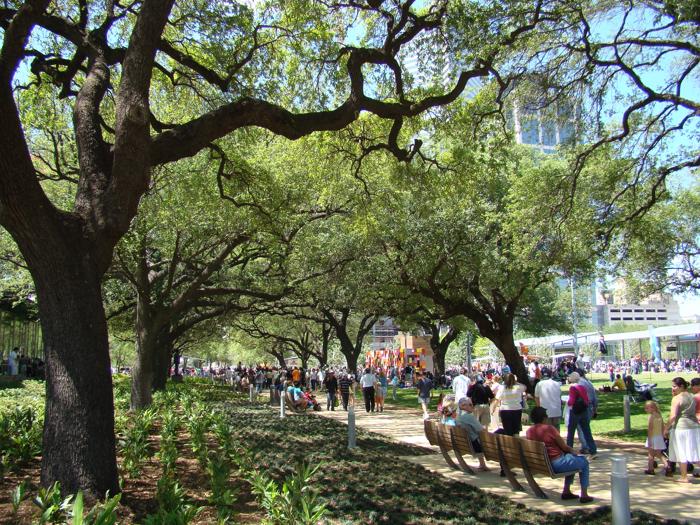 Discovery Green is an 11.78-acre public urban park in Downtown Houston, Texas, bounded by La Branch Street to the west, McKinney Street to the north, Avenida de las Americas to the east, and Lamar Street to the south. The park is adjacent to the George R. Brown Convention Center and Avenida Houston 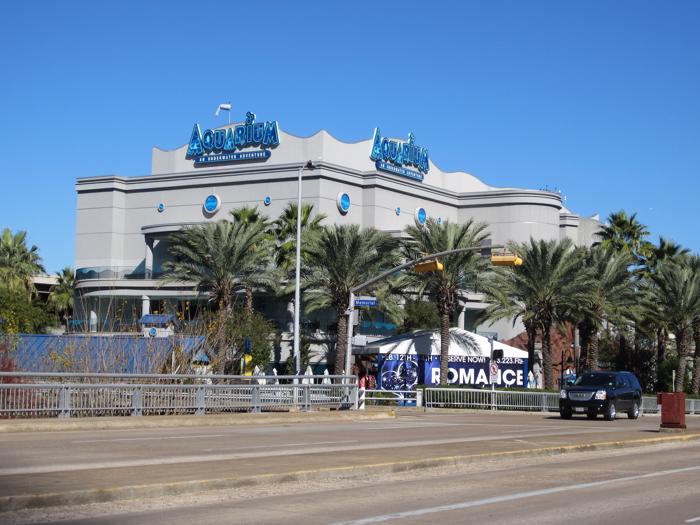 Downtown Aquarium is a public aquarium and restaurant located in Houston, Texas, United States that was developed from two Houston landmarks: Fire Station No. 1 and the Central Waterworks Building. The aquarium is located on a 6-acre site at 410 Bagby Street in downtown Houston. It houses over 200 s 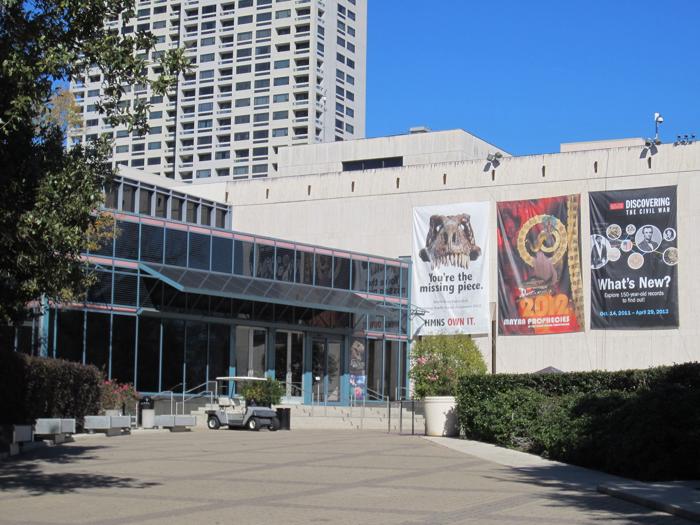 The Houston Museum of Natural Science is a natural history museum located on the northern border of Hermann Park in Houston, Texas, United States. The museum was established in 1909 by the Houston Museum and Scientific Society, an organization whose goals were to provide a free institution for the p 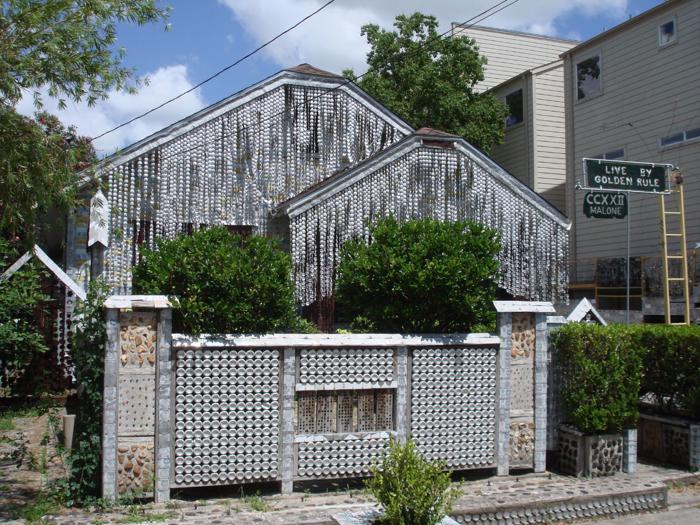 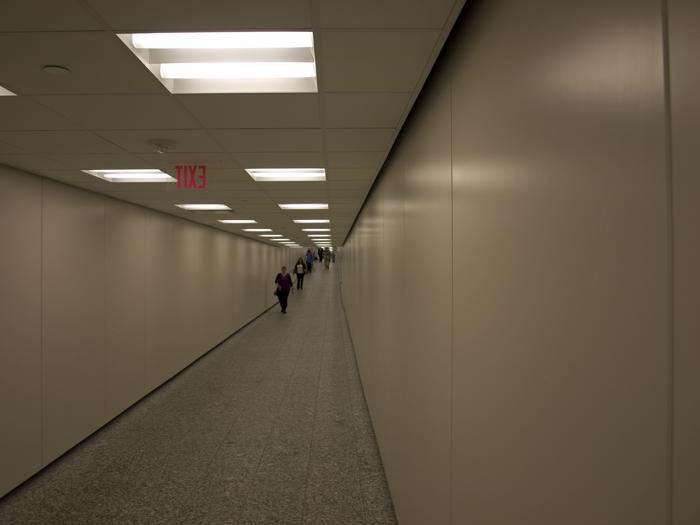 The Houston tunnel system is a network of subterranean, climate-controlled, pedestrian walkways that links 95 full city blocks 20 feet below Houston's downtown streets. It is approximately 6 miles long. There are similar systems in Chicago, Dallas, Oklahoma City, Montreal and Toronto. Architectural 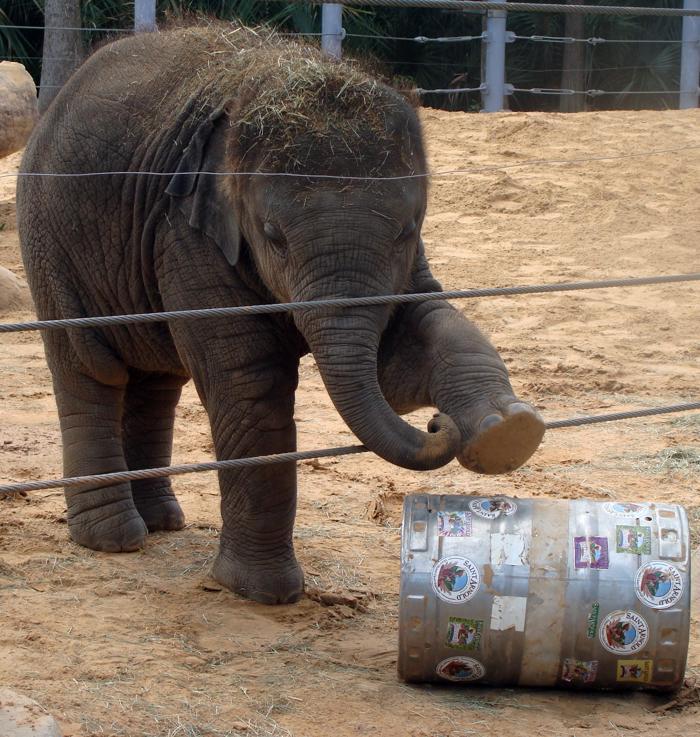 The Houston Zoo is a 55-acre zoological park located within Hermann Park in Houston, Texas, United States. The zoo houses over 6,000 animals from 900 species. It receives 2.1 million visitors each year and is the second most visited zoo in the United States. It is accredited by the Association of Zo 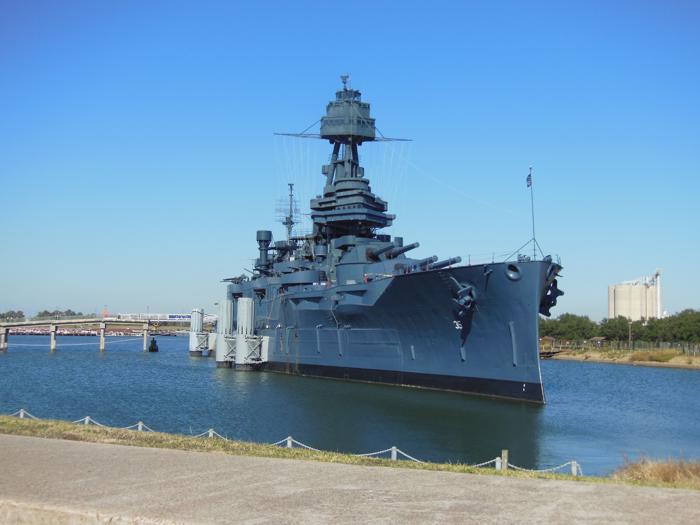 USS Texas, the second ship of the United States Navy named in honor of the U.S. state of Texas, is a New York-class battleship. The ship was launched on 18 May 1912 and commissioned on 12 March 1914.Soon after her commissioning, Texas saw action in Mexican waters following the "Tampico Incident" and