Discover the beauty of Grand Rapids

The 'River City'. The 'Furniture City'. The 'Beer City'. On top of all the nicknames, you cannot leave this beloved city without exploring the great outdoors!

Grand Rapids
The 'River City'. The 'Furniture City'. The 'Beer City'. On top of all the nicknames, you cannot leave this beloved city without exploring the great outdoors!
Take a self-guided tour 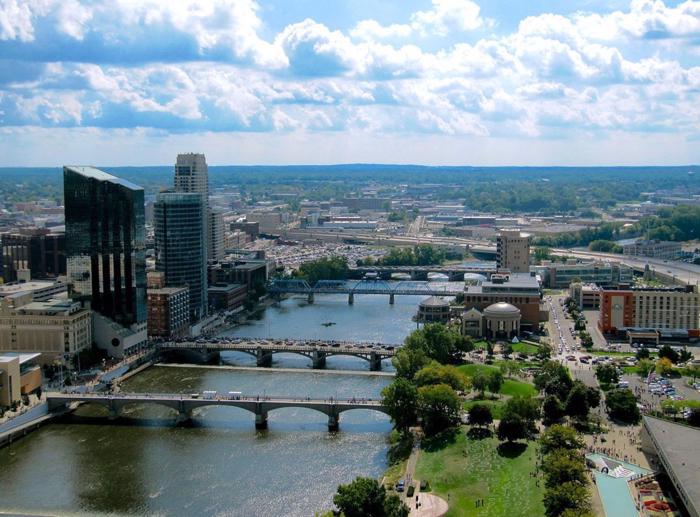 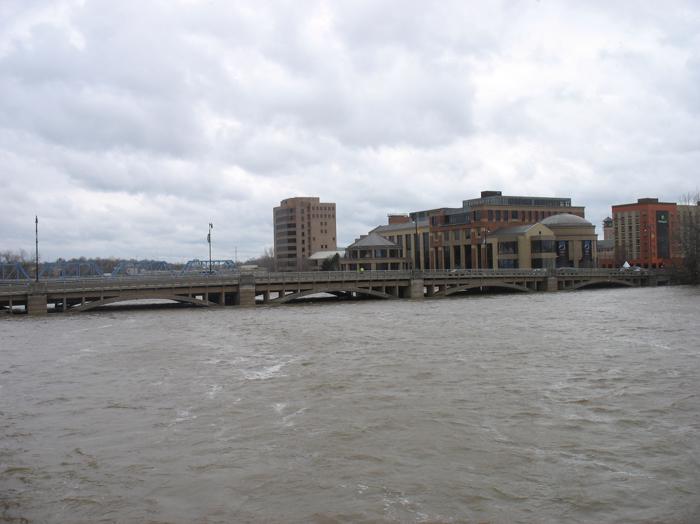 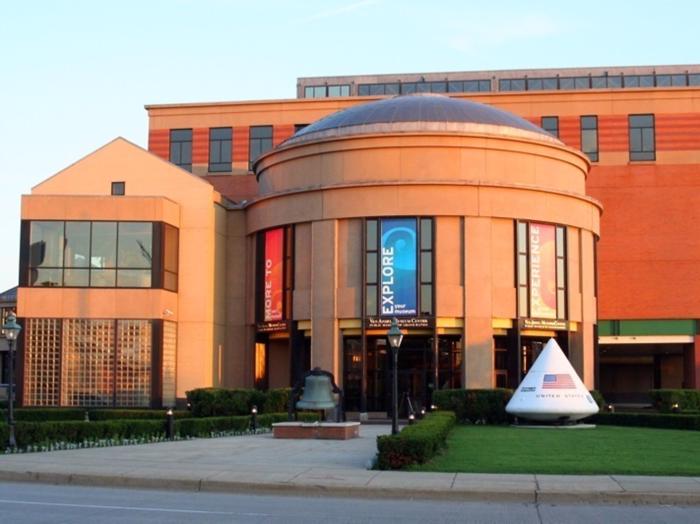 Welcome to Grand Rapids, Michigan!  As a city of many names, Grand Rapids is most known for its beautiful location the banks of the Grand River, as well as its legacy as the second largest city in the state.  On our historic walking tour through its downtown, we’ll explore some of its most well-known landmarks, learning the rich, cultural history of this veritable, river city.  Licenses:Photo “Downtown Gran 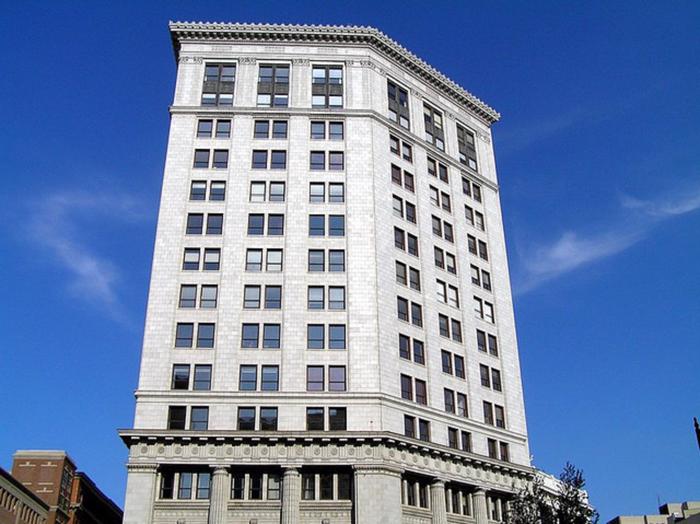 Moving right along, stand now at the base of McKay Tower. Established originally as The Wonderly Building in the early 1900s, McKay Tower is officially known as one of the city’s oldest and tallest buildings still standing.  Rising eighteen stories into the sky, it’s undergone a num 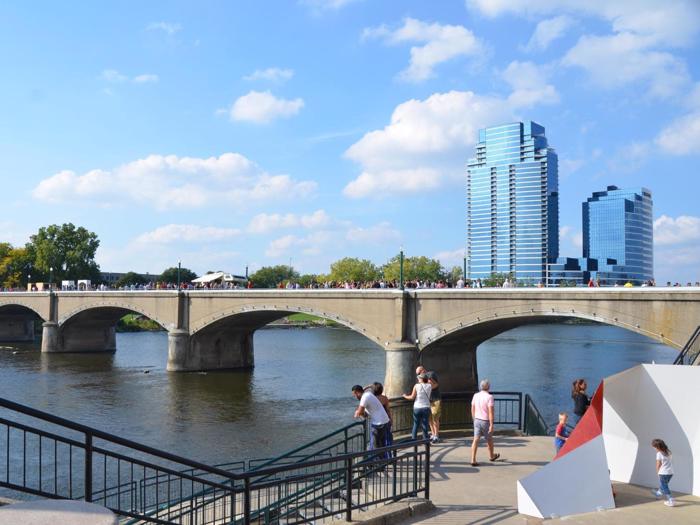 Hailed as one of Grand Rapids’ most unique and beautiful river crossings, The Gillet Bridge marks the final destination on our tour. As the connection between DeVos Place and the aforementioned Gerald R. Ford Museum, its roots can be traced all the way back to early 1900s.  During this ti

Having taken some time to enjoy one of Grand Rapids’ more educational experiences, we take a moment to reflect on some of its architectural prowess as well.  Here at the Pearl Street Bridge, we’re given a real glimpse into the city’s riverside history, with front row seats to 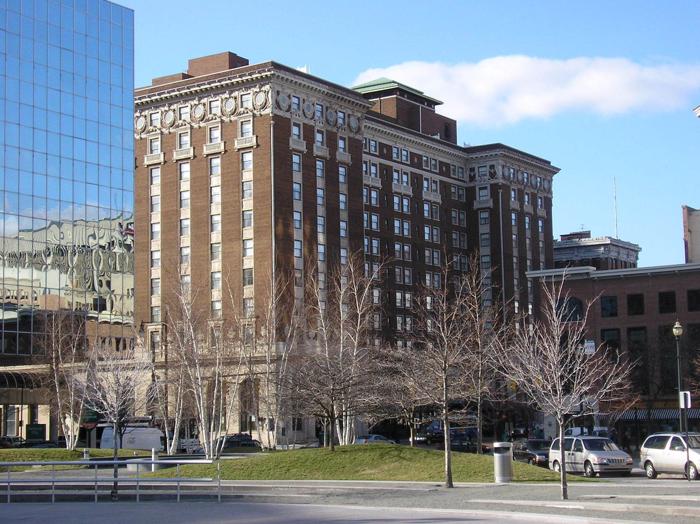 Just a little ways from one of Grand Rapids’ must-see sculptures, we find ourselves at one of its must-see hotels.  Established in the early 1900s, this modernized version of a much older hotel offers one of the best night’s stays in all of Grand Rapids. Resting comfortably on 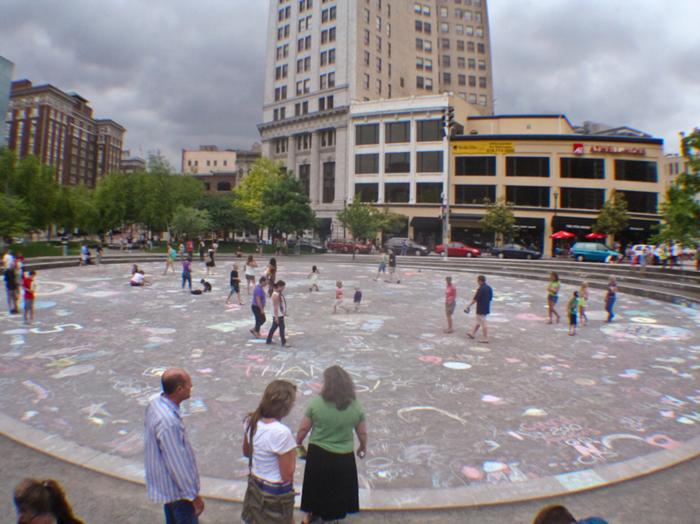 Nestled in the heart of downtown Grand Rapids, we find ourselves at beautiful Rosa Parks Circle.  Formally known as Campau Square, it was later renamed in honor of Michigan resident and civil rights activist Rosa Parks.  Today, the circle and its surrounding grounds act as multipurpose ven

Mounted on a brick pedestal in front of the Grand Rapids Public Museum, we take a closer look at the city’s Memorial Fire Bell.  Dating back to the city’s first fire department in the late 1870s, the bell serves as a reminder of the sacrifice and honorable spirit of all firefighters 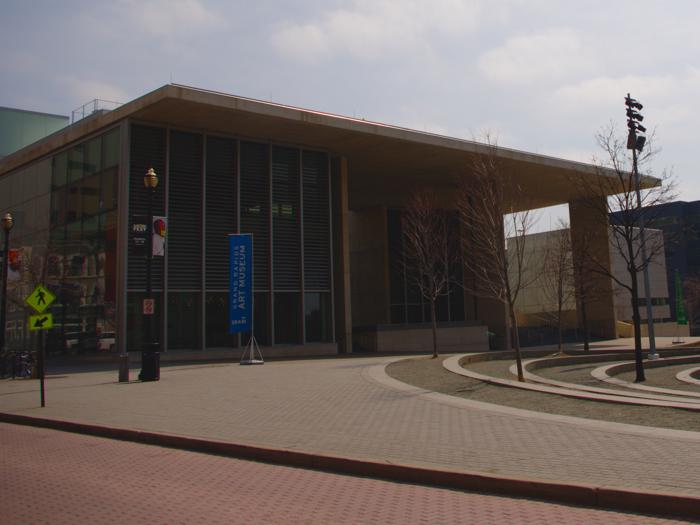 Having admired some of Grand Rapids’ architectural history, we take some time to admire its artistic history as well.  Standing here at the Grand Rapids Art Museum, we find ourselves at a place where art, design, and creativity collide.  With collections ranging from Renaissance to M 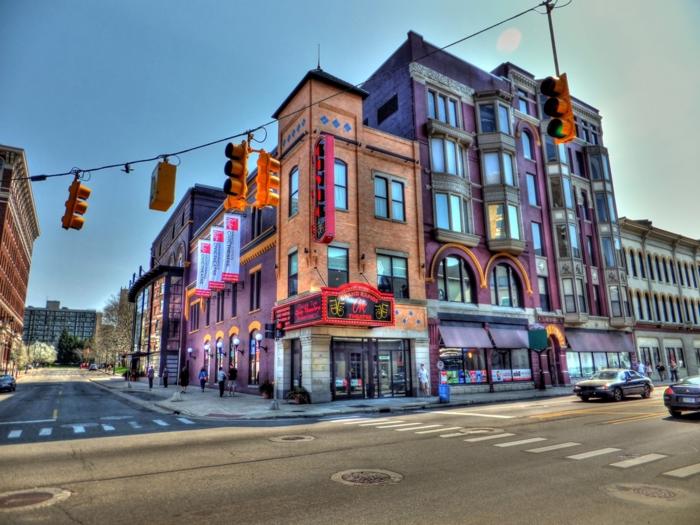 Keeping with the spirit of artistic experiences, we come now to one of Grand Rapids’ larger cultural blocks, home to the Grand Rapids Civic Theater, the Children’s Museum, and nearby Veterans Memorial and Monument Parks.  Established in the earliest days of the city, this cultural b 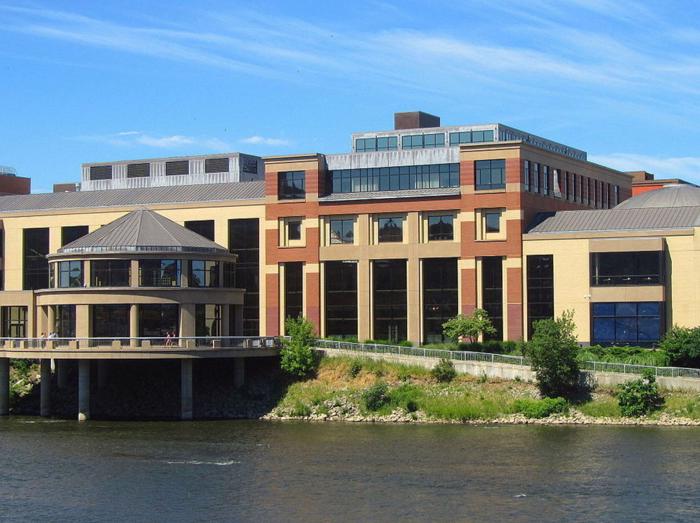 Inviting us to always “be curious,” our exploration of the Grand Rapids Public Museum yields some fascinating discoveries as well.  Established in the mid-1850s, the museum not only has the luxury of being one of the city’s oldest buildings, but also one of the oldest history 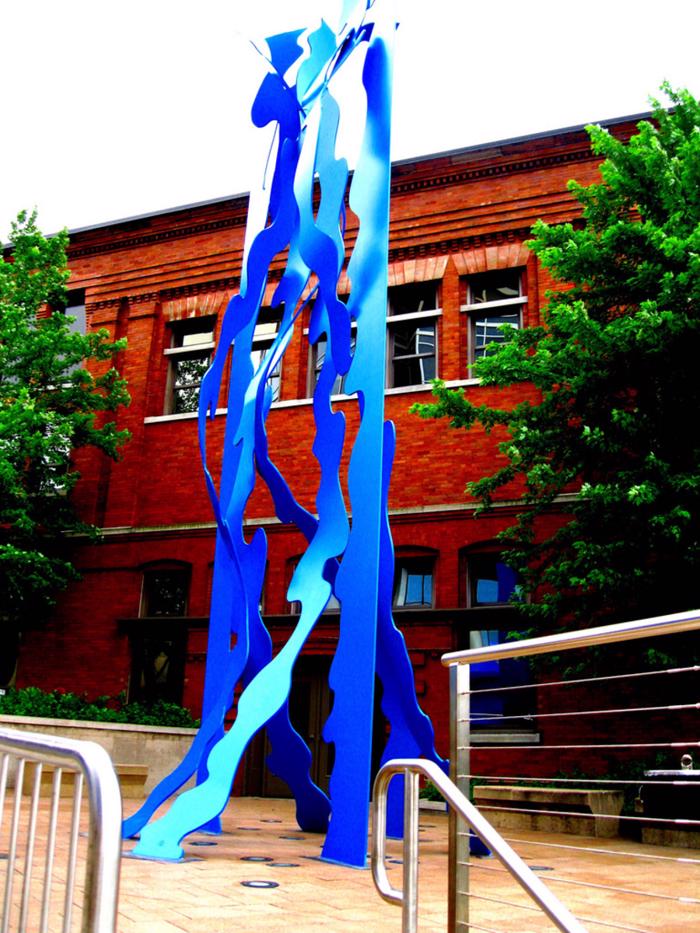 As one of many U.S. cities with economies tied to water, Grand Rapids has seen its fair share of public interest projects.  Commemorating the city’s place in history as the first to fluoridate its public water supply, we come now to one of the city’s most unique art installations. T