Discover the beauty of Gettysburg

Gettysburg
Take a tour back in time to the most important battle in America's history. Gettyburg's war reenactments are world renowned and for good reason.
Take a self-guided tour 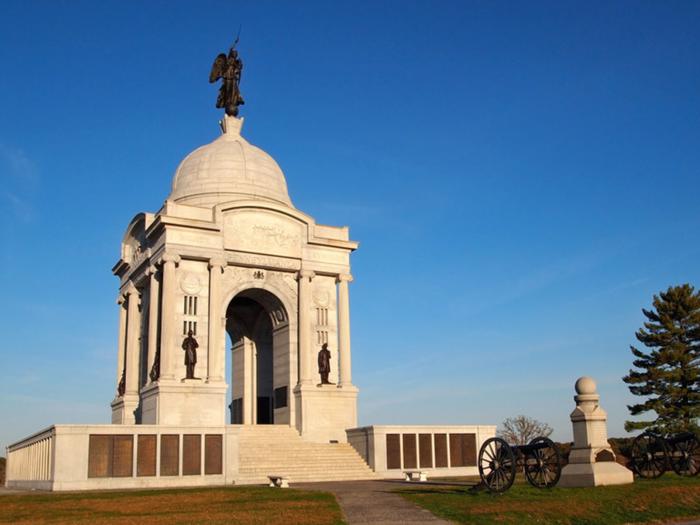 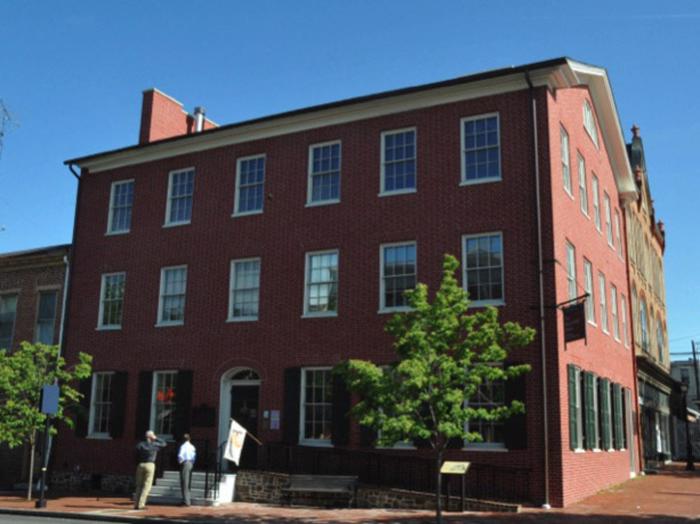 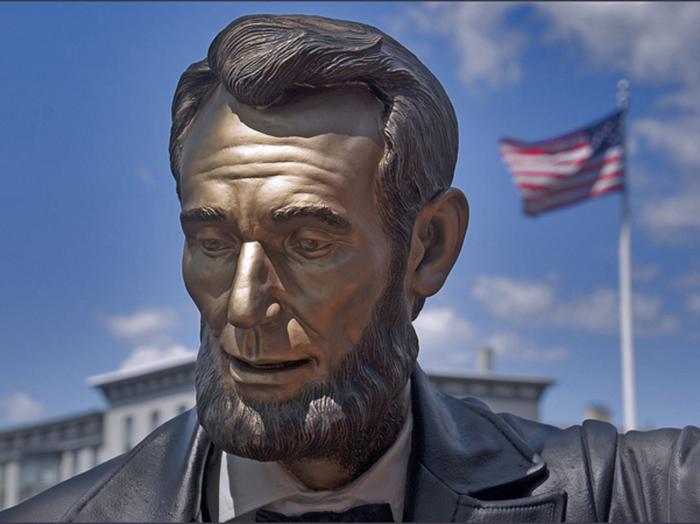 Welcome to Gettysburg, Pennsylvania, presented by Insight Guides. My name is Katherine and I’ll be your guide. This tour takes approximately one and hour 30 minutes to complete, not including any time spent touring museums or any buildings. You can stop at any time and start again at the same spot later. You can follow the route on your phone or simply listen as I guide you from one sight to the next. I’ll be giving you clear directions and the audio will automatically start playing when you get close to the next 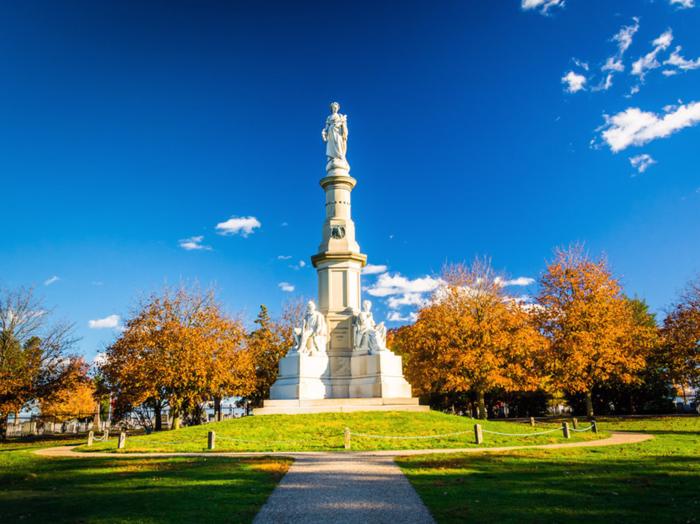 To your left is the Genius of Liberty, around which the graves of the Soldiers' National Monument radiate. It was designed by James Goodwin and George Keller and sculpted by Randolph Rogers. It took four years to complete and was unveiled in 1869.The marble figure on top of the granite shaft re 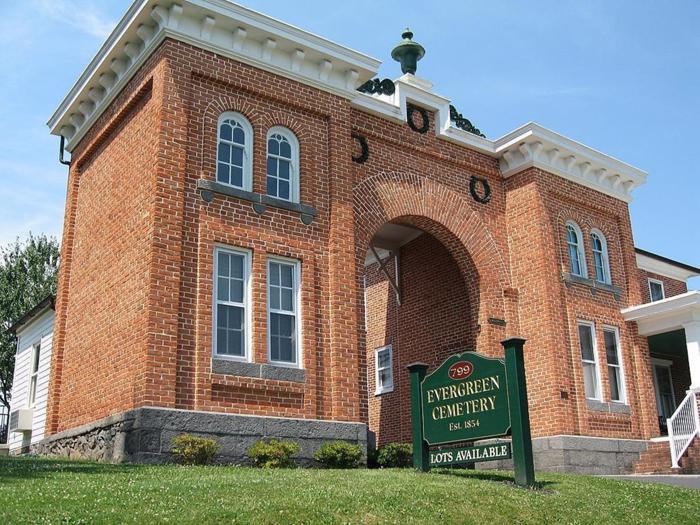 Established in 1857, Evergreen Cemetery was the first cemetery in Gettysburg. Before then, people were buried in church graveyards or in family plots on farms.David McConaughy, the lawyer who may have been behind the arrest of editor Henry Stahle, was the driving force behind the cemetery. He'd sugg 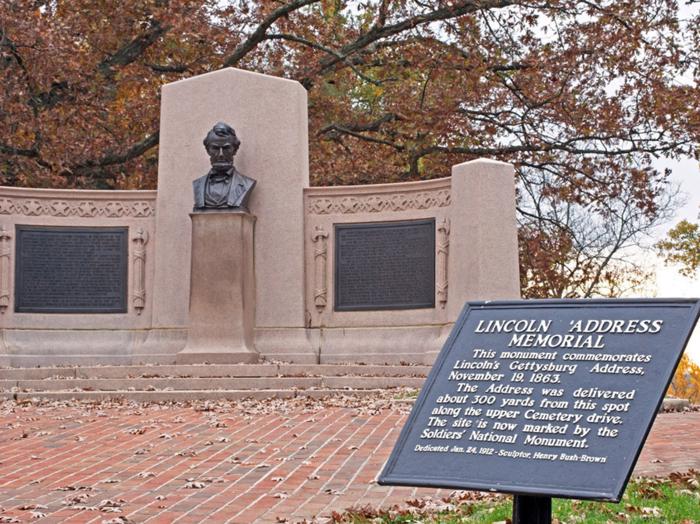 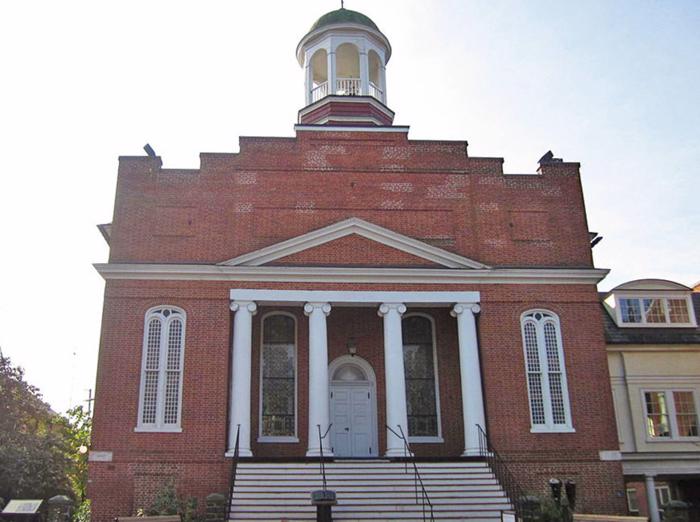 This area of Pennsylvania was settled by German immigrants. Many were Lutherans or members of the Reformed German Congregation, both of which conducted services in German. The church on your left, Christ Lutheran, was founded in 1835 by those who wanted to attend services conducted in English.L 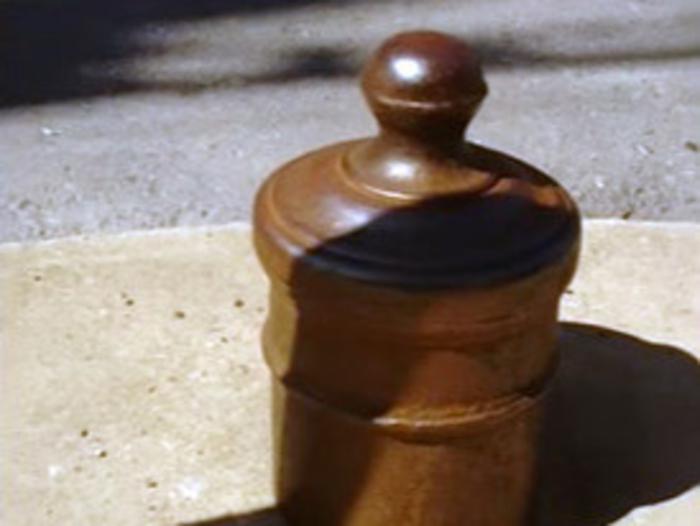 We're now at the former offices of The Gettysburg Compiler newspaper. The editor, Henry Stahle, was a vocal critic of Lincoln and his administration. After the battle, he was arrested and charged with disloyalty to the Union. During the battle, he'd arranged for a Confederate doctor to help a wounde 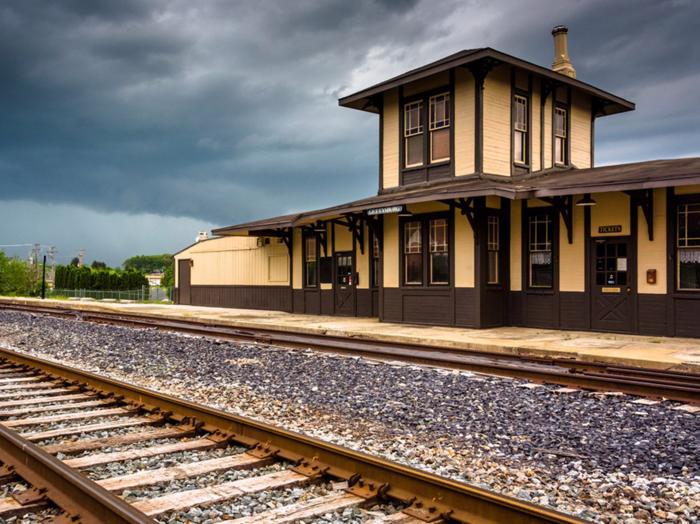 You're standing at the station where Abraham Lincoln arrived on November 18, 1863. Today, Gettysburg station looks much as it did then, and inside there's a small visitors' center during the summer.Lincoln had been asked to deliver "a few appropriate remarks" at the dedicati 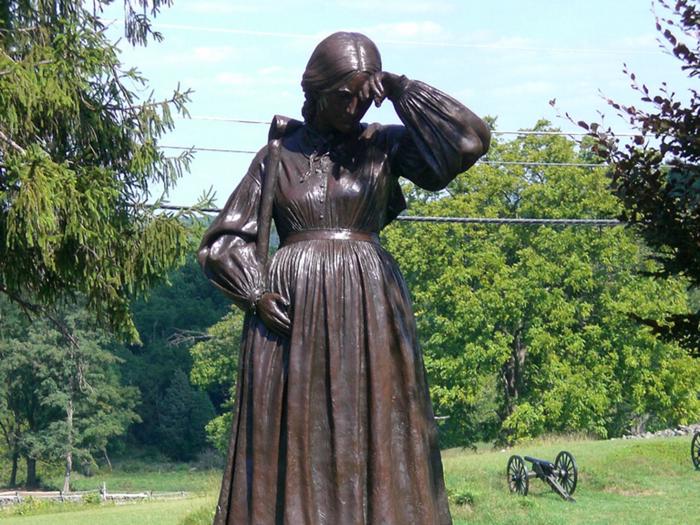 The Gettysburg Women's Memorial is dedicated to the women of Gettysburg who served and suffered during and after the battle.It's a statue of Elizabeth Thorn. She and her husband, Peter, were caretakers of the cemetery. When the war started, he enlisted and was serving in Virginia in 1863.Elizab 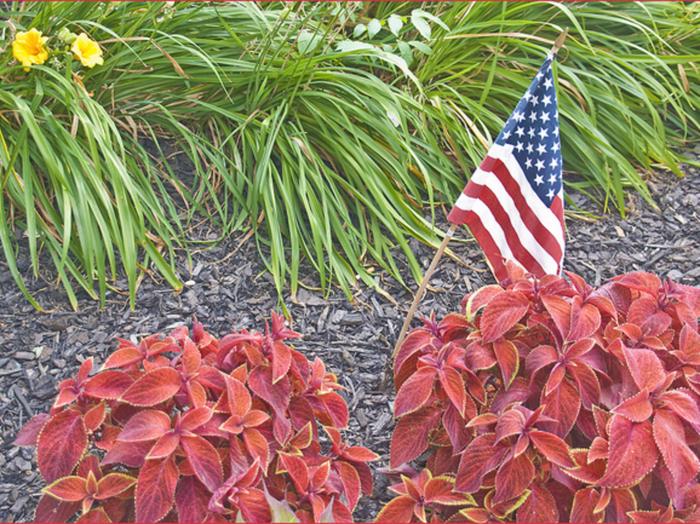 Unity Park commemorates the musicians, particularly the drummer boys, who participated in the War. About one fifth of the soldiers were boys under the age of 18.The park was the Eagle Scout project of Civil War reenactor Andrew Adam who took the role of a drummer. He wanted the park to be a sou 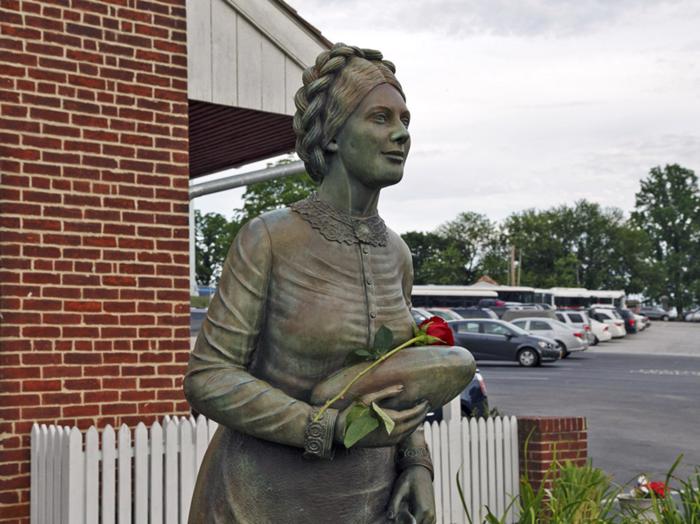 It's estimated that some 9 million bullets were fired during the Battle of Gettysburg. With fighting in the streets in town and on the farms where civilians sought shelter, it's surprising that the only civilian casualty was Jennie Wade.Jennie was a 20-year-old girl who lived with her mother in town

You are now looking at what is considered the most accurate depiction of Abraham Lincoln to be found anywhere.Sculptor J. Seward Johnson, Jr. used casts of Lincoln's face and hands, a copy of one of his suits, and an outline of his boots when he crafted the statue in 1991. The statue shows