Discover the beauty of Echuca

Positioned on the river, Echuca West is one of the loveliest towns in rural Victoria. The historic port area and the rivers call for a river cruise and a stroll down the river bank!

Echuca
Positioned on the river, Echuca West is one of the loveliest towns in rural Victoria. The historic port area and the rivers call for a river cruise and a stroll down the river bank!
Take a self-guided tour 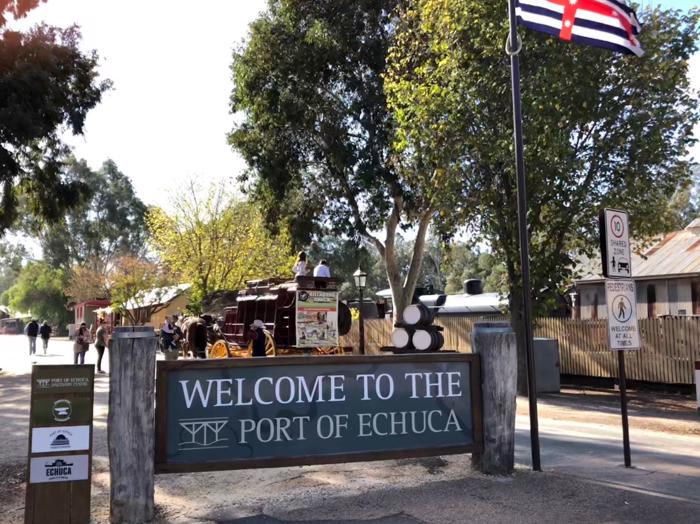 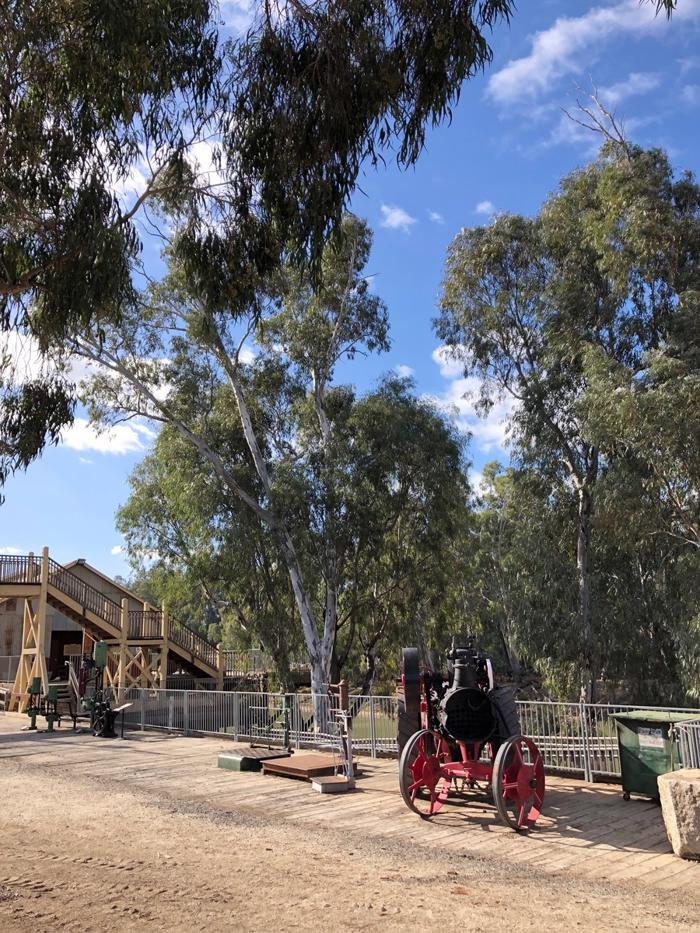 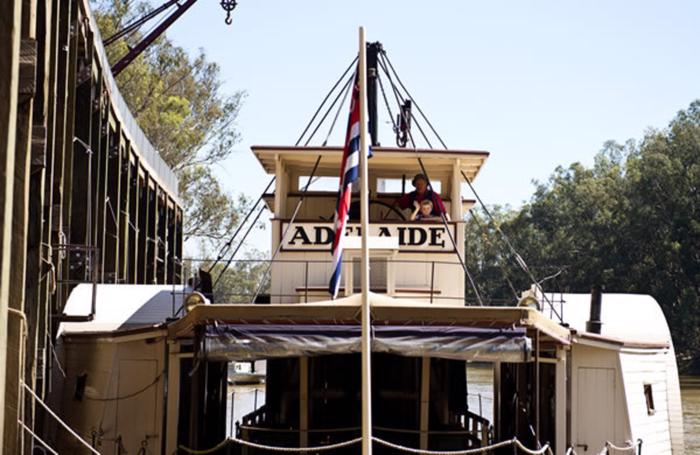 Echuca Port and Rail Heritage walk guides you along the banks of the Murray river to the Port of Echuca highlighting significant heritage structures that represent the thriving industrialised trade period of late 1800's. The tour is based on an era in the towns history that was ruled by the rail and the river, with the thriving murray river trade and influx in population. This National heritage site includes the Port of Echuca Wharf which is an example of the Murray River trade and is a truly unique surviving structure from the late 19th century. The Port precinct also is home to a fleet of 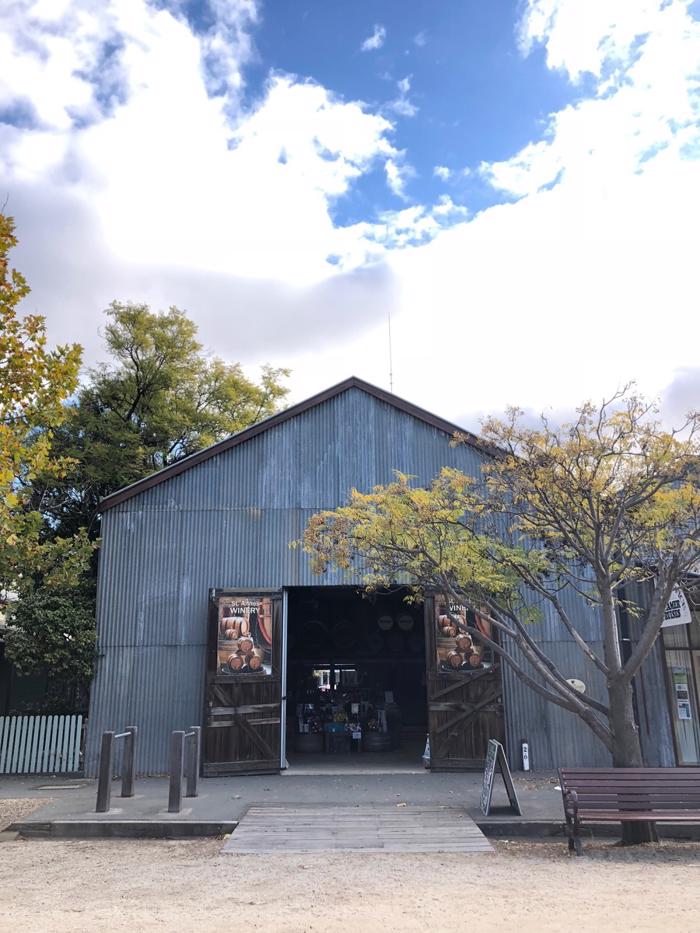 Here we come across a representation of structual cultural heritage that uses natural resources of the area as a commodity. Along with the train and river transport systems, the esplanade was a bustling place of trade and local produce. In 1895, this Iron shed was erected to package and dispatch sal 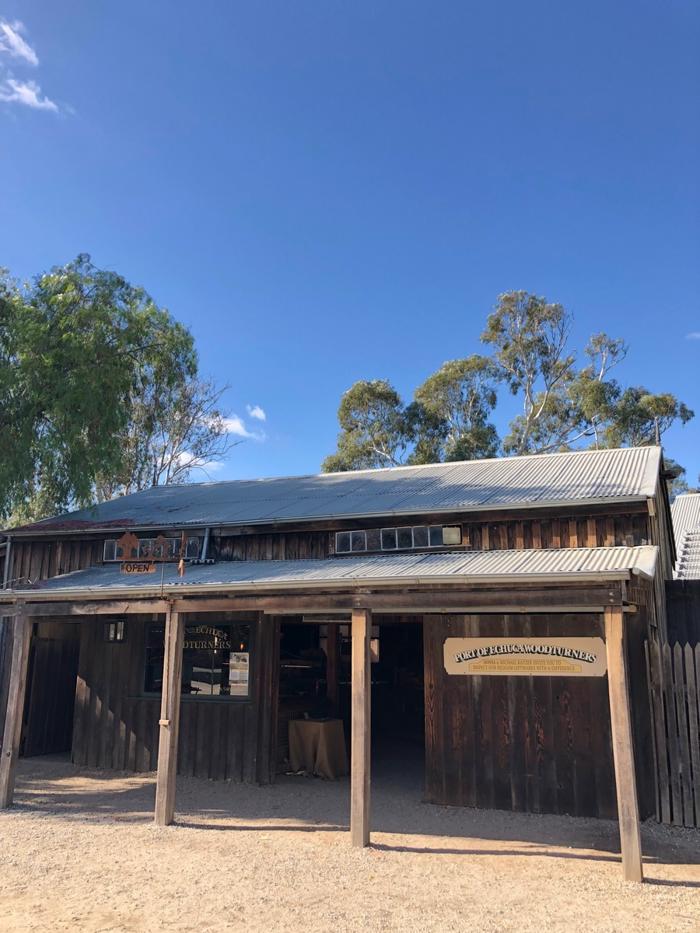 Timber is a very big commodity in the industrial productions at the Echuca Port. The surrounding area upstream of the river holds the largest Red Gum forrest in the world and until settlement was relitavely intact. This resource was ideal for piers, boats, roads mines etc as the red gum wood can be

The Echuca Wharf is an Integral part to the Greater Story of the Port of Echuca. Its aim was to connect the railways with the Murray-Darling River System. The wharf began construction in 1865, mainly out of red gum timber that had been milled locally. When the Wharf was at its most active it was all 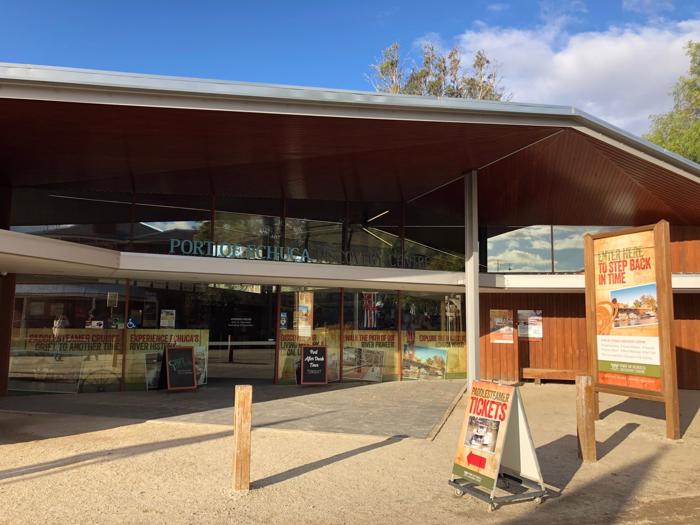 The Port of Echuca Discovery Centre may not be a heritage building, but a great source of information to enhance your knowledge of the area. As you have reached the end of the Port precinct Esplanade the Discovery Centre presents the precincts heritage through guided tours (including night tours), A 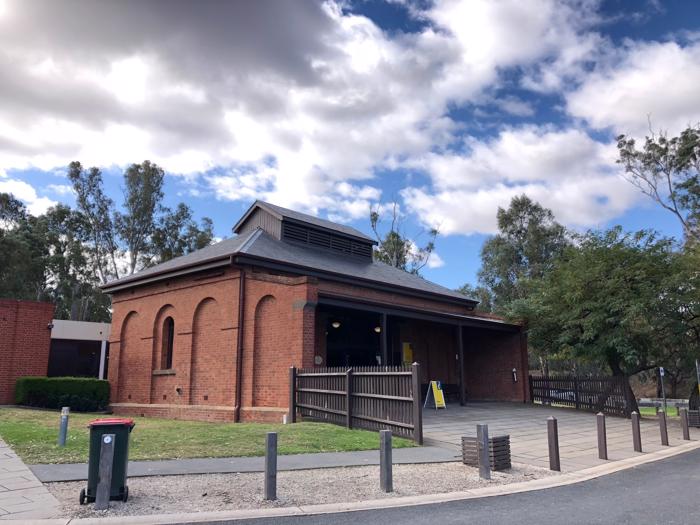 This is where we begin our Echuca heritage walk at the Former Victorian Railway Engine House. The Railways were an integral part of establishing Echuca as a main hub of the Murray-Darling River Basin and crucial in solidifying Echuca as one of the biggest inland ports in the late 1800s. The first ra 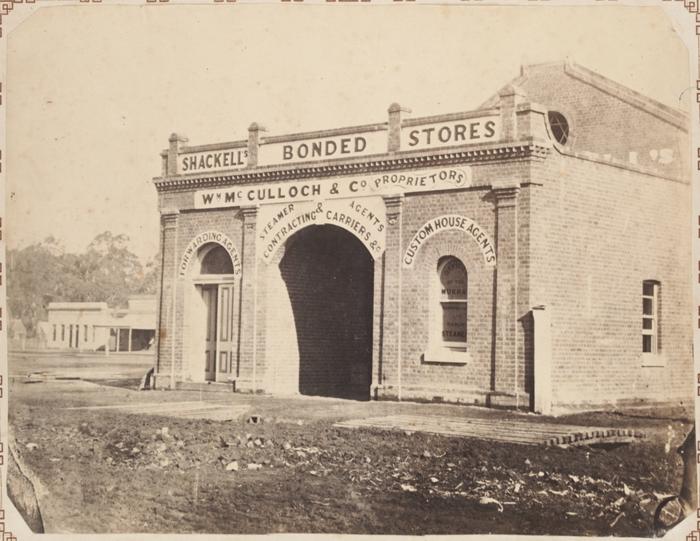 Shackell's Bond store was built in 1859 and is one of the oldest buildings in the Echuca Port Precinct. Morgan & Mackintosh were Melbourne based importers who built the structure as they thought it was necessary to have a space to store perishable goods from the weather. The design of the buildi 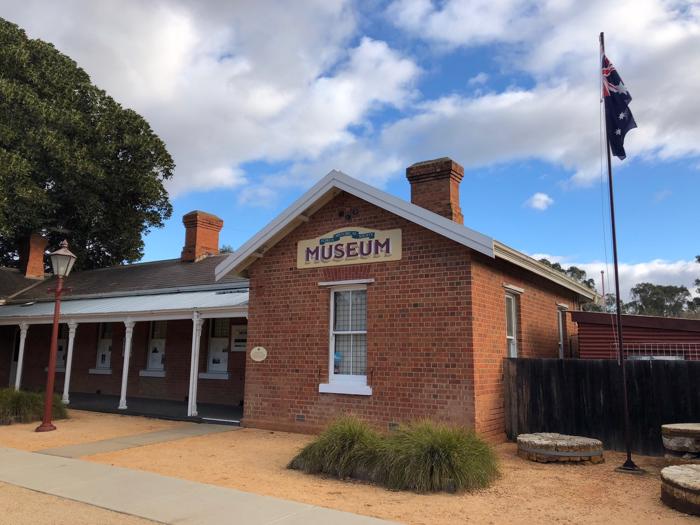 We conclude our walking tour at the Former Police Stataion and current Historical Society Museum. The Echuca Historical Society offers visitors access to the museum which holds a collection of local history objects such as photographs of early modes of transport of paddlesteamers and railways, docum 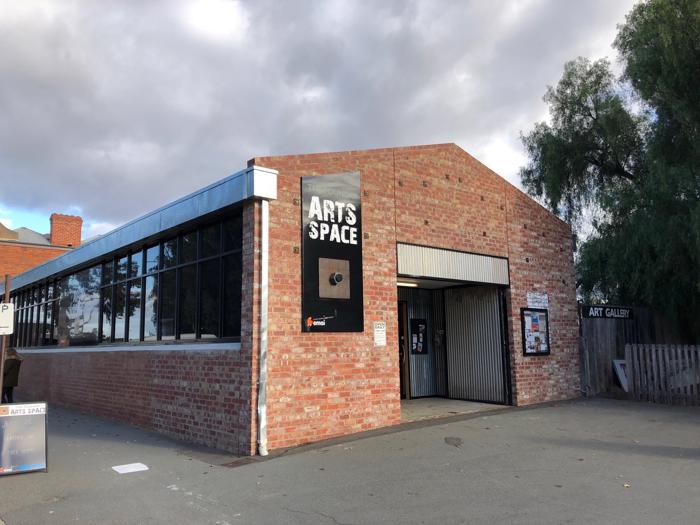 Before reaching the Port precinct Esplanade, we stop at one of Echuca's first buildings, Henry Hopwood's Iron Store. This building was made in 1855 and started out as an Auction room and then a ship's chandlery. It's significant to the Heritage of Echuca as Henry Hopwood was the pioneer of the Echuc 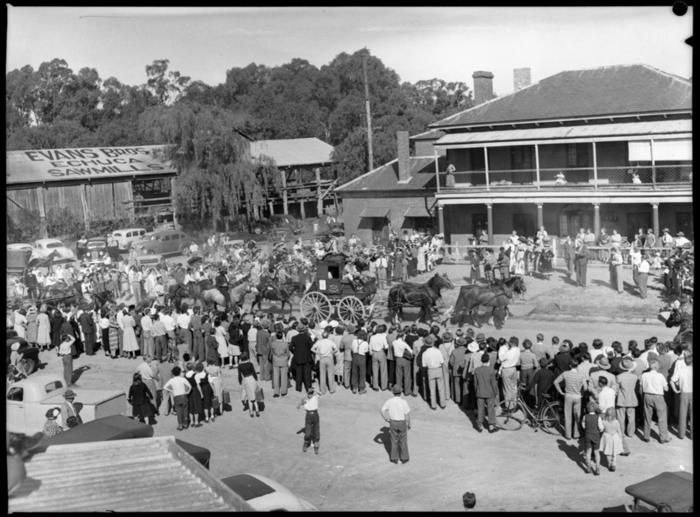 Here at the site of the Evan Bros. Sawmill, we stop and think about the Sawmills in relation to the timber industry of Echuca. In 1875, there were seven sawmills producing 400,000 feet of timber each week and employing up to 400 people. The Evans Bros. Red Gum Sawmill was established in 1890, and re