Discover the beauty of Dmitrow

Off the classic Moscow roadmap and to the north lies a city with a golden spired Kremlin and a similarly styled Cathedral of Assumption. But many more churches and monasteries await your sampling in Dmitrov.

Dmitrow
Off the classic Moscow roadmap and to the north lies a city with a golden spired Kremlin and a similarly styled Cathedral of Assumption. But many more churches and monasteries await your sampling in Dmitrov.
Take a self-guided tour 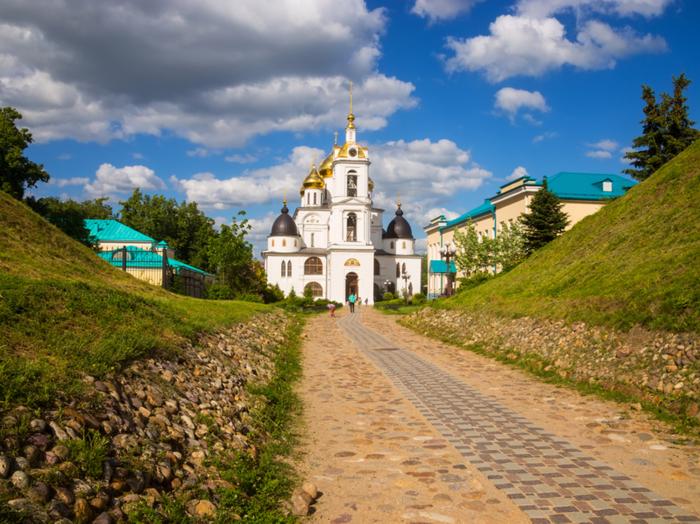 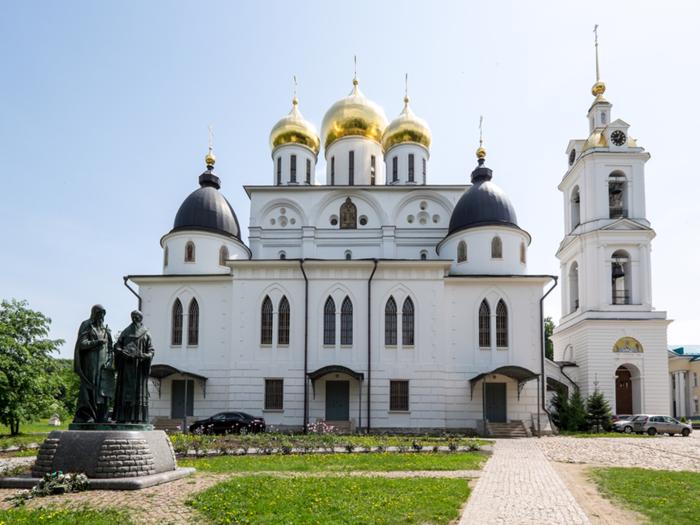 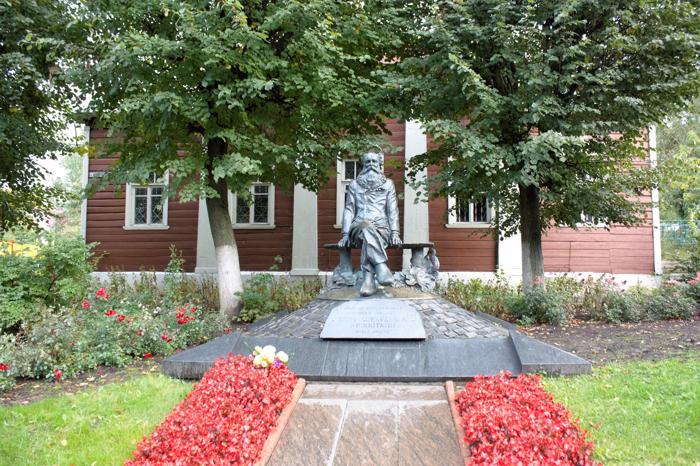 We offer you a guide for a walking tour of Dmitrov, Moscow’s "younger brother" and one of the most lovely and charming towns of the Moscow region. During the walk you will see the main city sights, learn about the museums, which are worth a visit, see the most interesting monuments of architecture, learn about the history of the city and its most outstanding residents, get acquainted with funny urban legends and historical jokes. 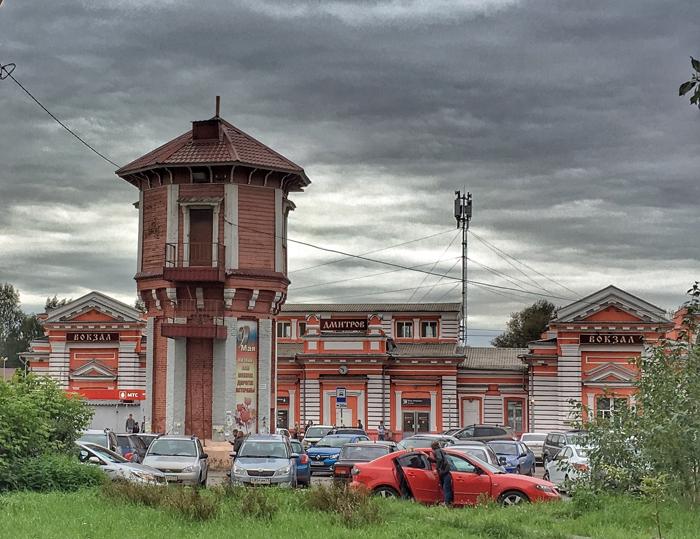 We begin our walk from the station building. Passing through its lobby, you will probably notice on the wall the date of 1887. But the official opening date of the station is 1900, when the Savyolovskaya railway started working. A water tower, which is seen right in front of the station, is the same 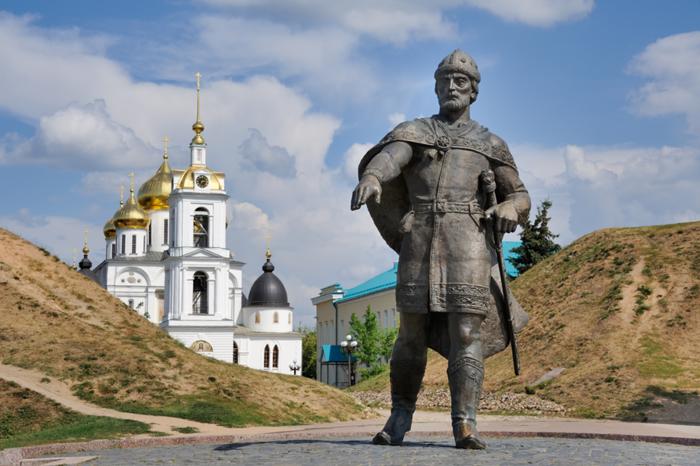 The happy father of Vsevolod-Dmitriy meets us on the Soviet Square right in front of the entrance to the Dmitrov Kremlin. Sculptor Rukavishnikov portrayed the prince on foot and did not raise him on a pedestal, leaving him at the same level with the people - the author believed that this historical

From the Stone of Wishes, a wide paved road leads past the monument to Cyril and Methodius to the main church of Dmitrov, located in the center of the Kremlin fort.The Uspensky church was built in the 16th century, probably according to the design of the same Italian architect Aloisio the New, who b

Coming out of Dmitrov Kremlin through the third, Yuryevsky passage (the one that is on the right hand of Uspensky Cathedral), you find yourself on the pedestrian Kropotkinskaya street. It is called "local Arbat", after the name of the famous Moscow street.Before the revolution, this street was the l 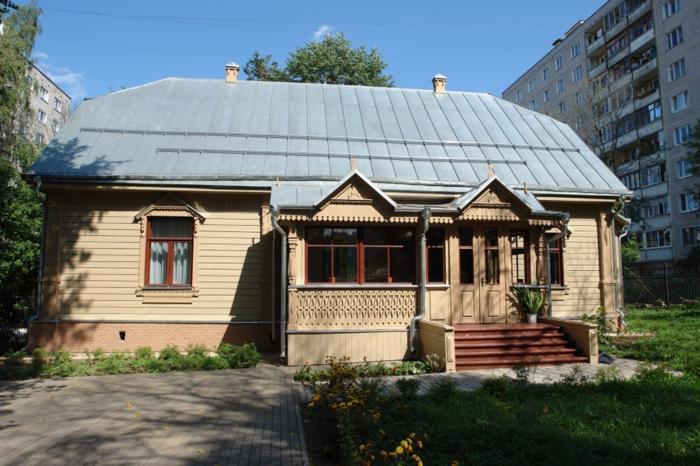 Among the panel high-rise buildings we find the lovely mansion with geraniums in the windows and a memorial plaque on the wall. When Kropotkin had moved to Dmitrov, he bought it for nothing from the former leader of the nobility, Count Olsufiev. And out of here in February 1921 the funeral train too 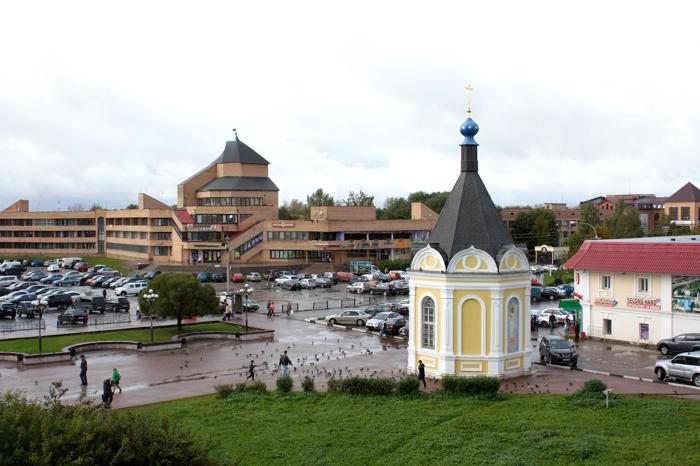 The main town square was laid out on the flood plain of the river Old Yakhroma. Two hundred years ago it looked much less civilized. One of the lieutenants of Napoleon's army who had been in Dmitrov, recalled that moving across the Torgovaya Square was a nightmare: from afar it looked like a sweet g 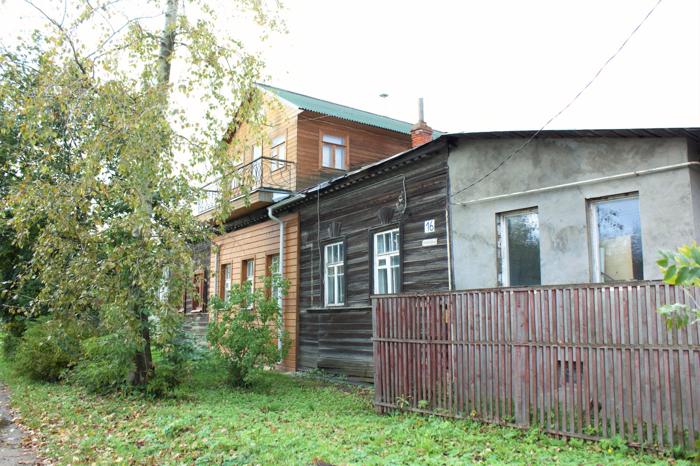 The emperor Alexander II came to Dmitrov twice. Once while still heir to the throne, accompanied by the poet Zhukovsky. For the second time, Alexander came as an emperor. Both times he stayed in the same house on Rogachevskaya street, called Klinskaya back then. To get there from the Torgovaya Squar 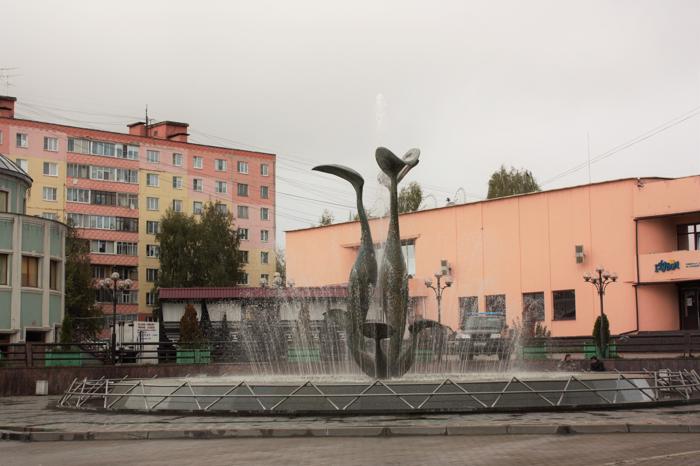 You are on the longest street of Dmitrov. This is the old Kashirsky tract, one of the oldest Russian roads that once connected Moscow with its northern neighbors, and lost its strategic importance after the construction of the railway.You should walk down Professionalnaya street mainly to see founta 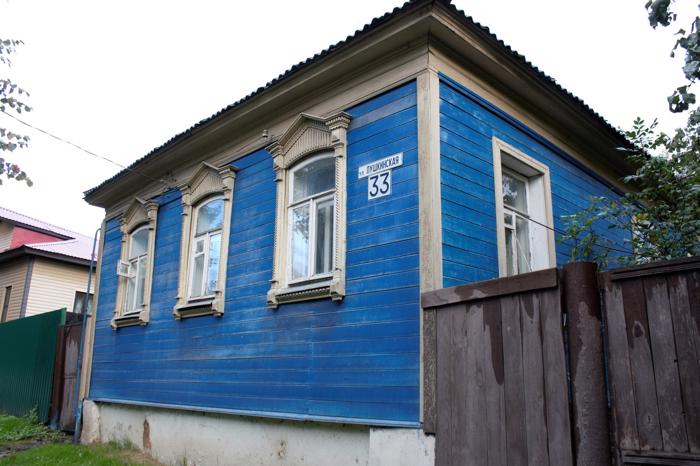 Turn right, and soon another church built for merchant donations will appear. The Trinity-Tikhvin church used to be snow-white, and recently it was repainted in bright green – don’t miss it! The building is an exact copy of the St. Nicholas Church in Vladimir, the architects even went to 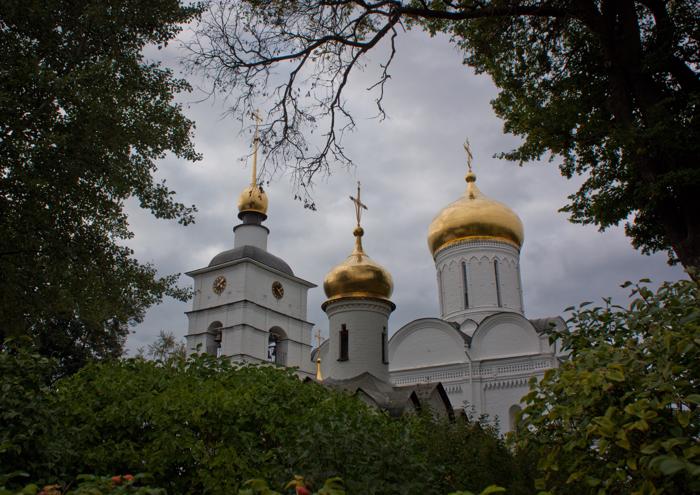 The Boris and Gleb Monastery

This is the second most significant sight of Dmitrov. As for the exact date of the founding of the monastery, historians have not yet agreed - during the Polish Troubles the entire monastery archive burned down. But at least it is precisely known that in the chronicles of the early 15th century it w