Discover the beauty of Des Moines

Des Moines
Hello travelers! I am SmartGuide and I will show and guide you around the most interesting places you can find in Des Moines, the capital of Iowa.
Take a self-guided tour 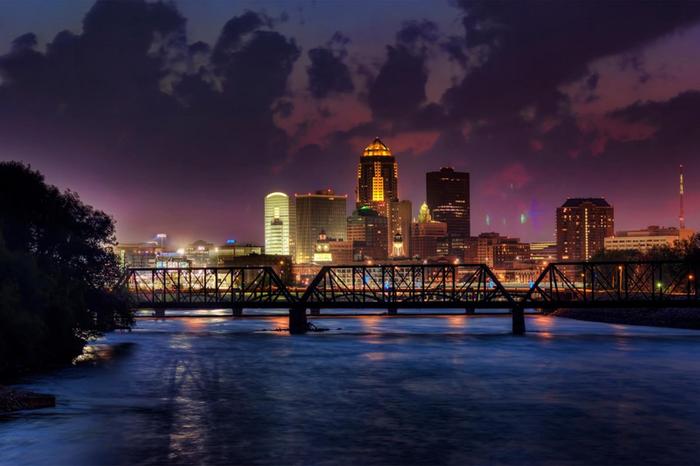 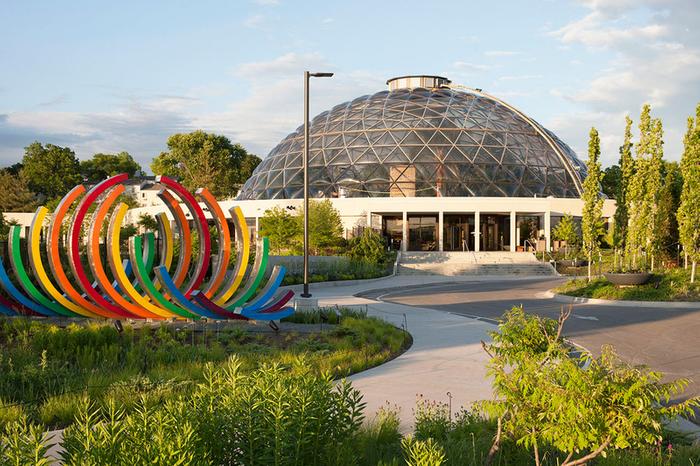 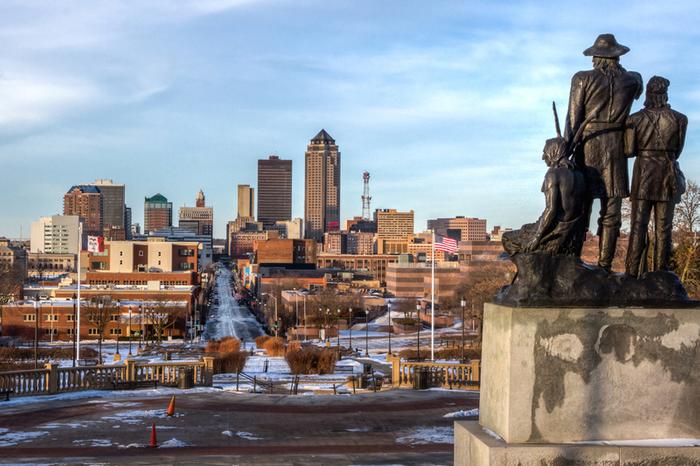 Hello travellers! I am SmartGuide and I will show you and guide you around the most interesting places that you can find in Des Moines, the capital of Iowa.This tour is composed as a driving tour so you can sit back in your car, relax and enjoy the sightseeing while driving around. We will go all the way around the downtown of Des Moines to explore the historical centre and its sights. It is estimated to take us about 20 minutes if there is no traffic.I will guide you along the way. In case you get lost you can anytime look on the map for orientation or try the Augmented reali 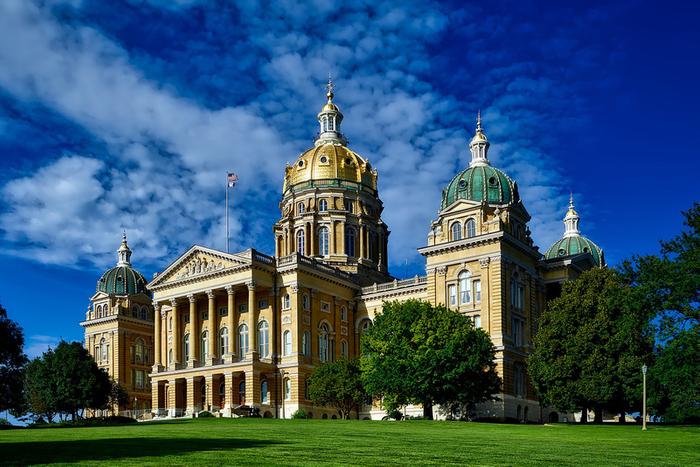 Look left on the grandiose Iowa State Capitol, seat of the Iowa General Assembly houses the Iowa Senate, Iowa House of Representatives, the Office of the Governor, and the Offices of the Attorney General, Auditor, Treasurer, and Secretary of State. The building also includes a chamber for the Iowa S

Look on the left off the bridge. You can see The Greater Des Moines Botanical Garden, located on the east bank of the river.Interest in a Des Moines botanical centre began in 1929. A city greenhouse was acquired in 1939, which served the city as a production and display greenhouse until the Botanica 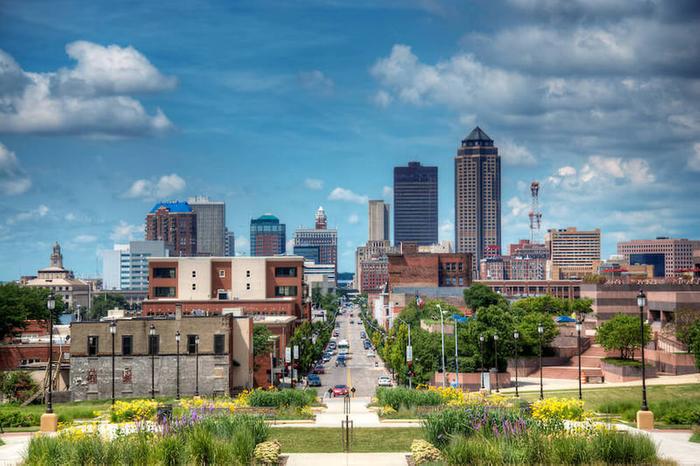 The Des Moines city is named after the Des Moines River, which likely was adapted from the French colonial name, Rivière des Moines, meaning "River of the Monks". It has a population little over 200,000 people and was credited as the "number one spot for U.S. insurance companies" and named th 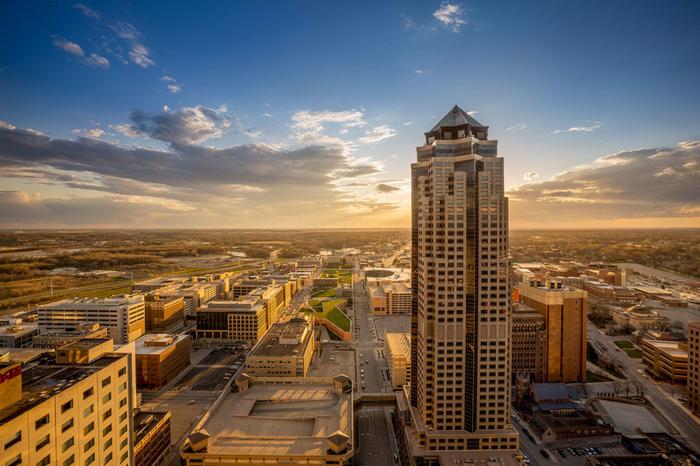 801 Grand, also known as the Principal Building, is a skyscraper named after its street address, being located along Grand Avenue in the downtown area of the city. Completed in 1991 and standing at 630 feet, it is currently the tallest building in the state of Iowa. The building consists mainly of o 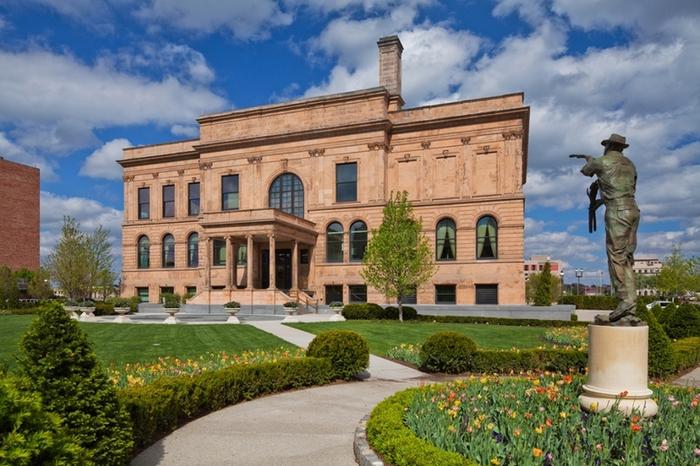 After the bridge on the left side we will see a century-old building, which served originally as a library. It has been beautifully restored and turned into the headquarters of the prestigious World Food Prize Hall of Laureates, which celebrates the heroes in the fight against hu 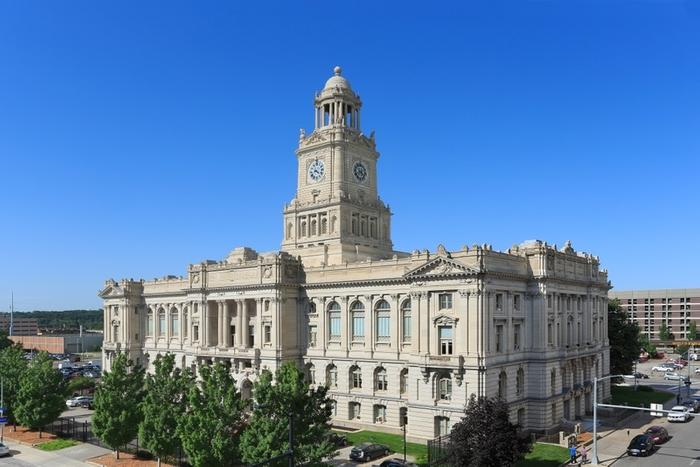 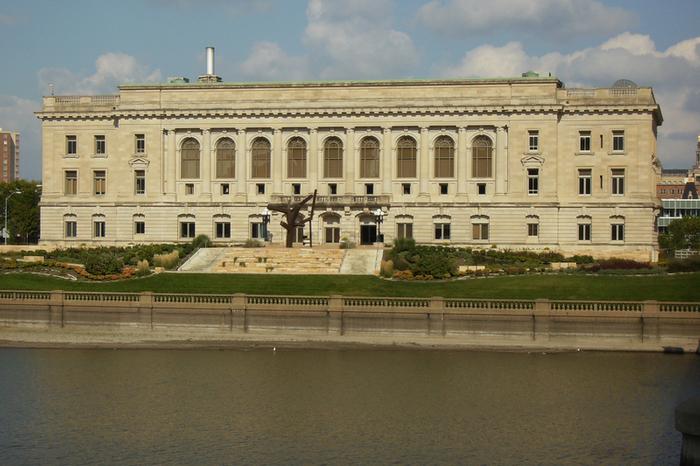 The Des Moines City Hall was the third building constructed in the early 1900s under Des Moines’ City Beautiful Plan. The city offices on the upper level were designed to show visibility and transparency in the local government. The World Food Prize Building, Polk County Administration Buildin 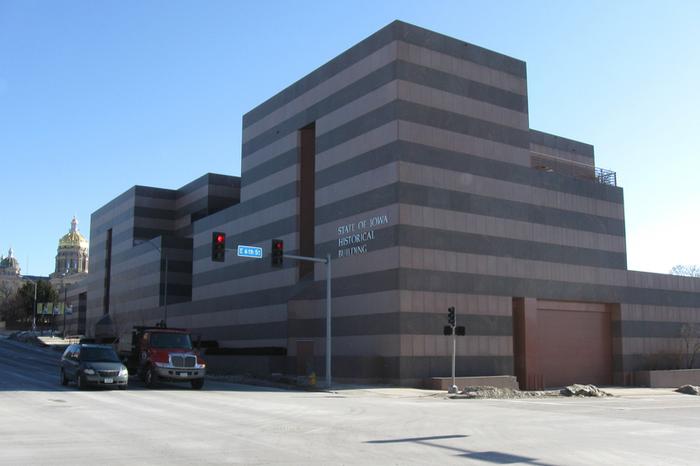 On our left side, we can see the State Historical Museum of Iowa exhibiting over a thousand items related to Iowa's history, from cannons to bicycles.With three floors showcasing Iowa’s accomplishments, contributions and heritage across Iowa 99 counties, you can experience the Iowa state’ 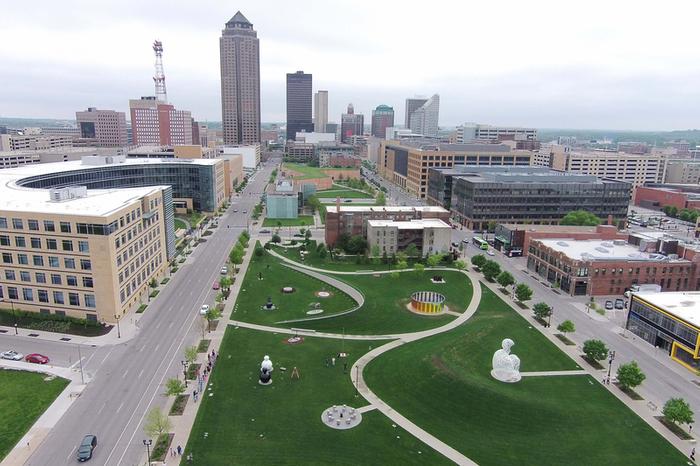 History of Des Moines goes further back in time than one might realize. Based on archaeological evidence, the junction of the Des Moines and Raccoon Rivers has attracted humans for at least 7,000 years. Several prehistoric occupation areas have been identified by archaeologists in downtown Des Moine 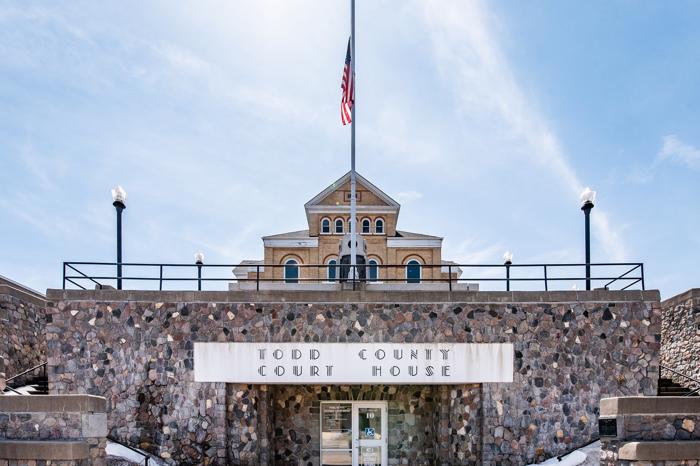