Discover the beauty of Denver

This American metropolis has become an eye catching city worth a visit! Check out the delicious culinary, amazing art scene, and great parks. Camp out in the Rocky Mountains and tour the Denver Mint. The options are endless in Denver!

Denver
This American metropolis has become an eye catching city worth a visit! Check out the delicious culinary, amazing art scene, and great parks. Camp out in the Rocky Mountains and tour the Denver Mint. The options are endless in Denver!
Take a self-guided tour 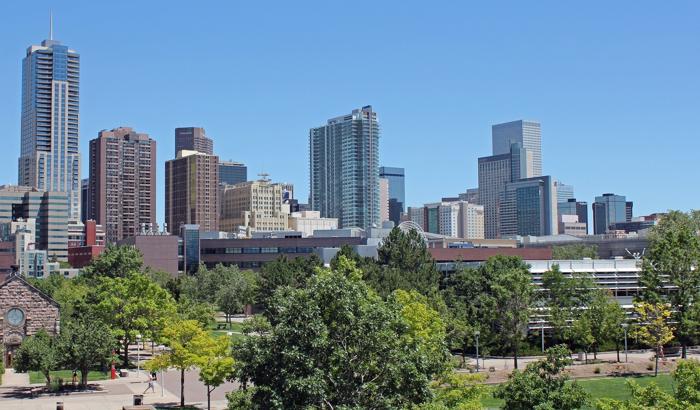 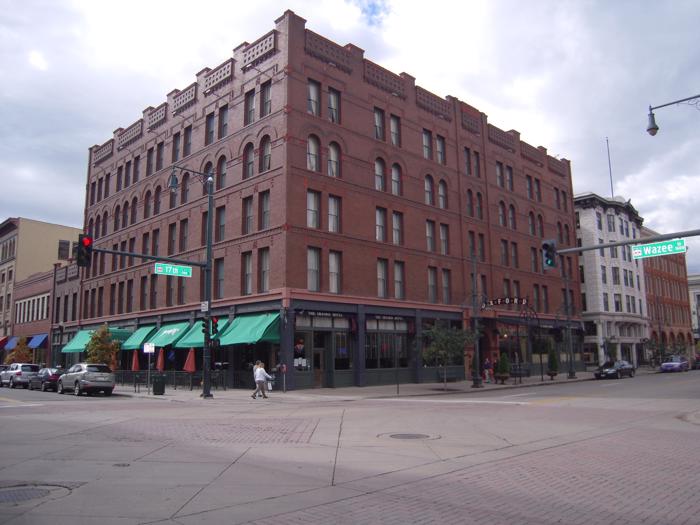 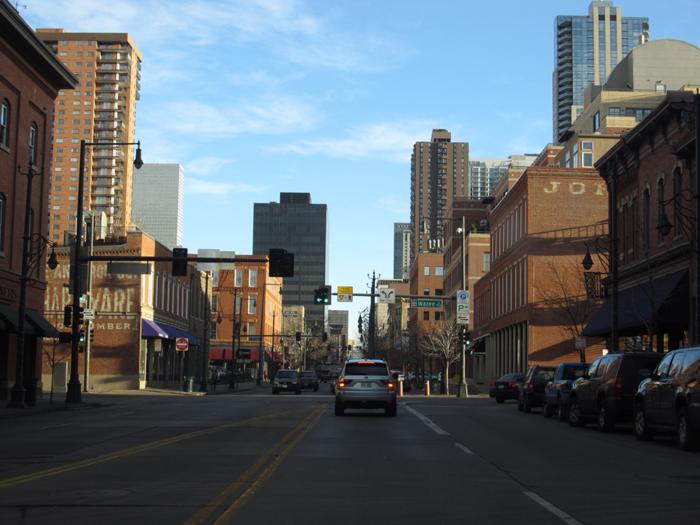 Welcome to historic Denver, Colorado, where the sunshine, cultural diversity and natural beauty collide to form one of the most beloved cities west of the Mississippi. Hailed as “The Mile High City” by tourists and locals alike, it remains one of the country’s most spectacular playgrounds, firmly nestled in the rugged beauty of the Rocky Mountains. On this tour, we’ll take you through its many vibrant districts and locations, highlighting the city’s cultural significance from its roots during the Pike's Peak Gold Rush, to its modern-day status as the state&rsqu 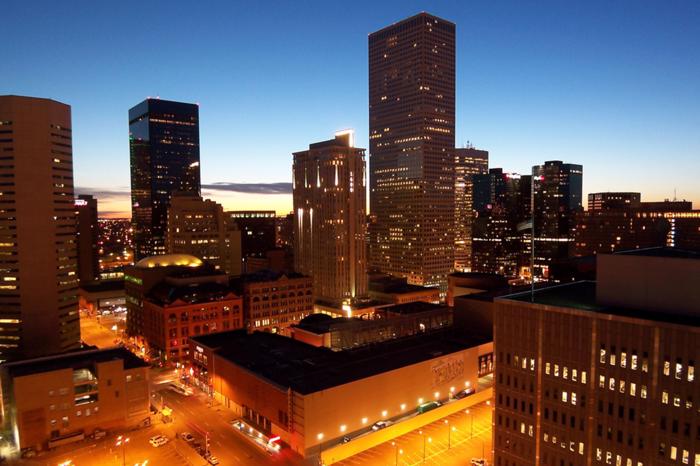 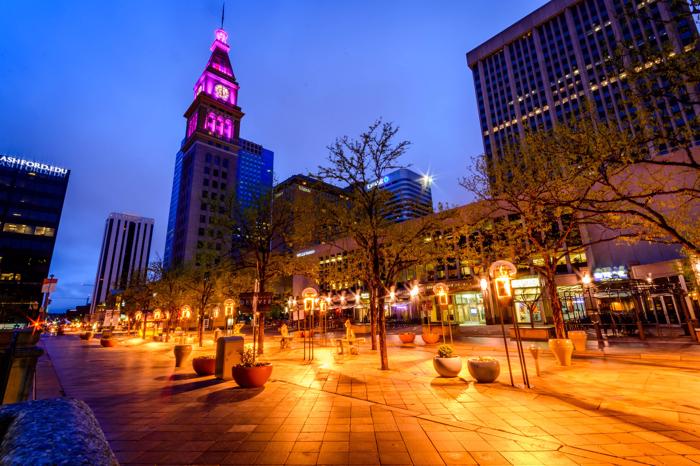 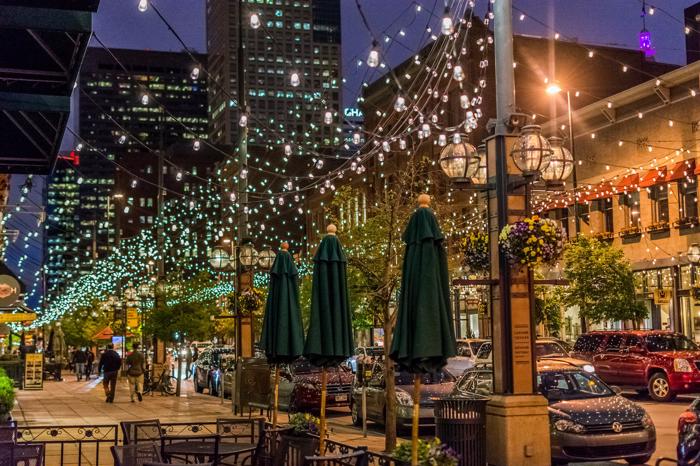 Welcome to Denver!Denver is known as the "mile high city" because it is a mile above sea level. Founded upon its mineral wealth and once seen as the domain of cowboys and oilmen, today the city is a cosmopolitan mix of natural beauty and modern entertainment and very much viewed as one of the main gateways to the West. As the capital of Colorado it is the economic and cultural center of a wide area extending over the Great Plains and into the Rocky Mountains. Our tour will take you to some of the best spots in downtown Denver, where the city’s past and present come togethe 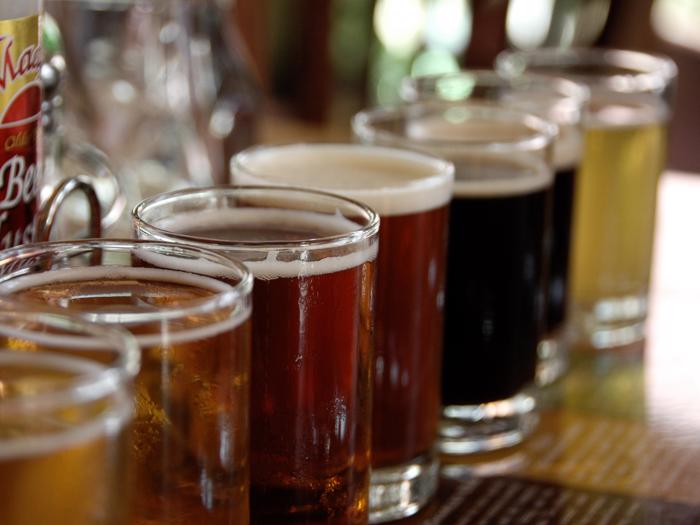 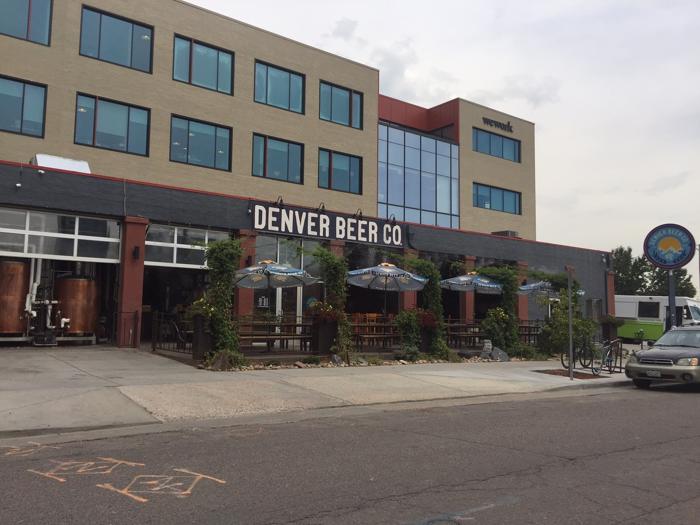 Welcome to Denver— a rich modern city with western root! Today’s walking tour will focus on fourteen different craft breweries in the downtown area. Take care to know your limits and please don’t drink and drive!Licenses:Photo “tastings” by Bill Selak is licensed under

We stadium and its splendor, we come now to Denver’s Oxford Hotel, the city’s finest and oldest still in operation. Built in 1891 by local brewer Adolph Zang, its rooms and halls adorned with fine oak furnishings, silver chandeliers, frescoed walls, and a host of other amenities, it repr 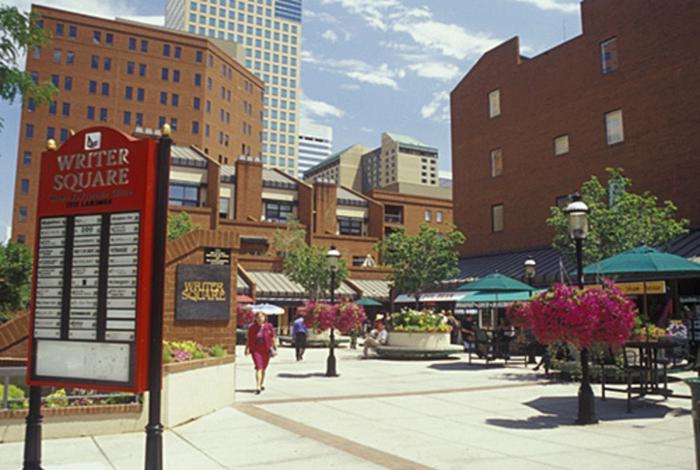 Nestled within the buildings and warehouses overlooking of 1512 Larimer St., its name etched in gold lettering across a stone plaque, we come now to Writer’s Square, one of Denver’s quieter, relaxing spots to sit, enjoy a coffee, people watch, or even do a little window shopping. Opened 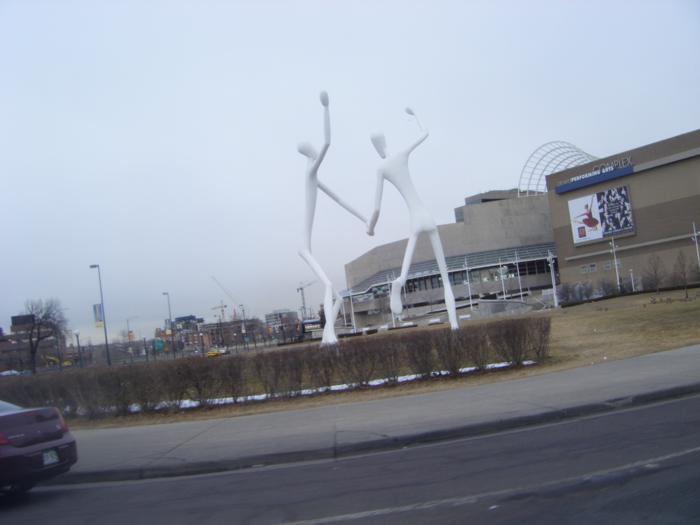 Making our way down 14th Street, we come to the famous Denver Performing Arts Complex, home to some of the city’s finest in Broadway, Cabaret, Opera, and a host of other spectacular events. Situated in the heart of the Theatre District and known locally as “The Plex,” “The DC 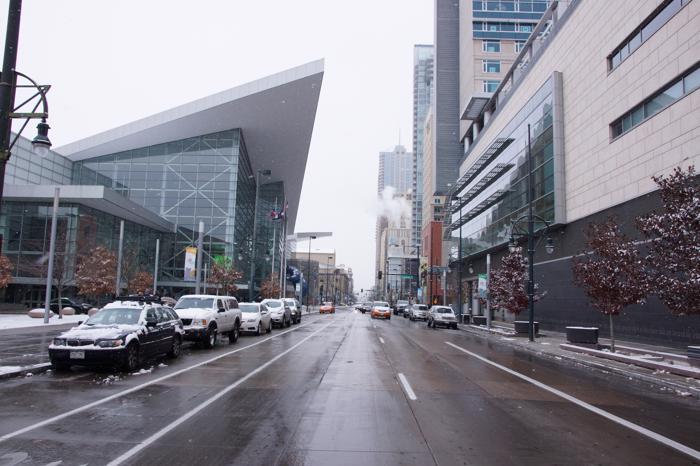 Having checked out the upcoming shows (or even purchased a few tickets) at Denver’s Performing Arts Complex, we turn now to Denver’s Colorado Convention Center, located just down the street from and adjacent to the Emily Griffith Opportunity School. Opened in 1990, it offers 584,000 cont 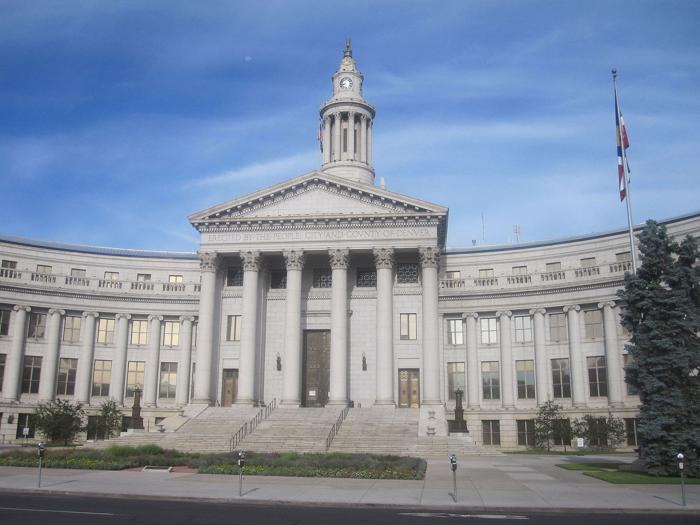 Sitting adjacent to The U.S. Mint of Denver, we come to the Denver Courthouse, home to Denver’s first formation of government after the Pike’s Peak Gold Rush of 1859. Established on October 24th of that same year, Denver’s government was the result of a need for a provisional gover 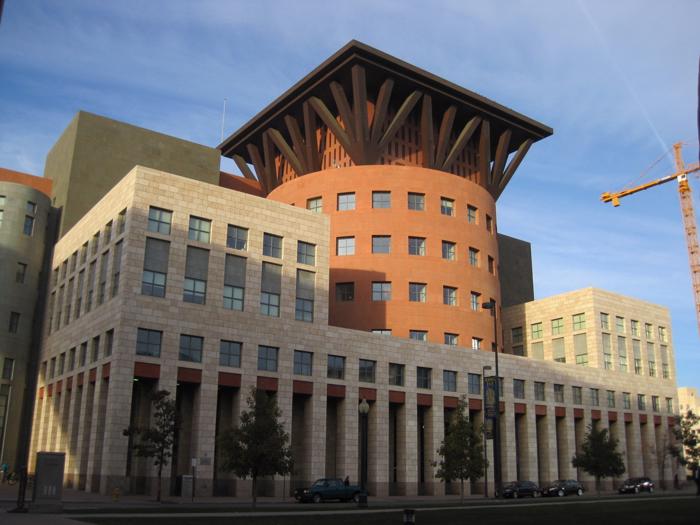 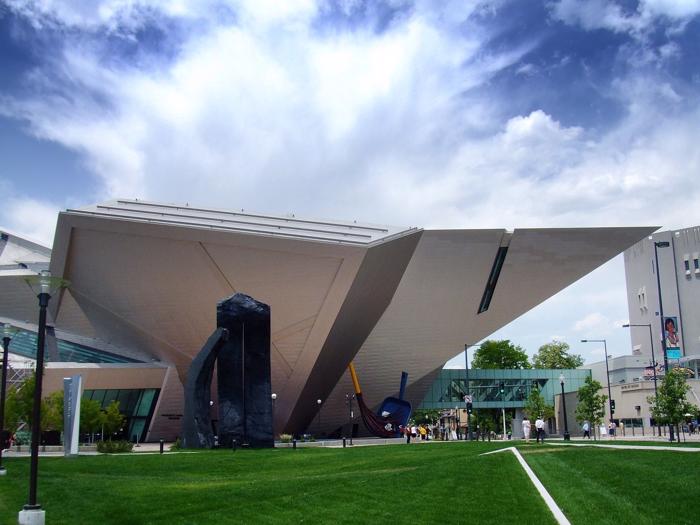 Designed by architect Daniel Libeskind, the iconic stand-alone extension of the Denver Art Museum, with its 9,000 titanium panels reflecting the Colorado sunshine, is truly one of the more visually striking buildings throughout the state’s massive capital, and a testament to Colorado’s h

We move now to one of the best places to learn about the state’s history as a whole, Denver’s History Colorado Center. Newly constructed and opened on April 28th 2012, the museum has since quickly become a local favorite, featuring six permanent exhibits, each depicting a different point 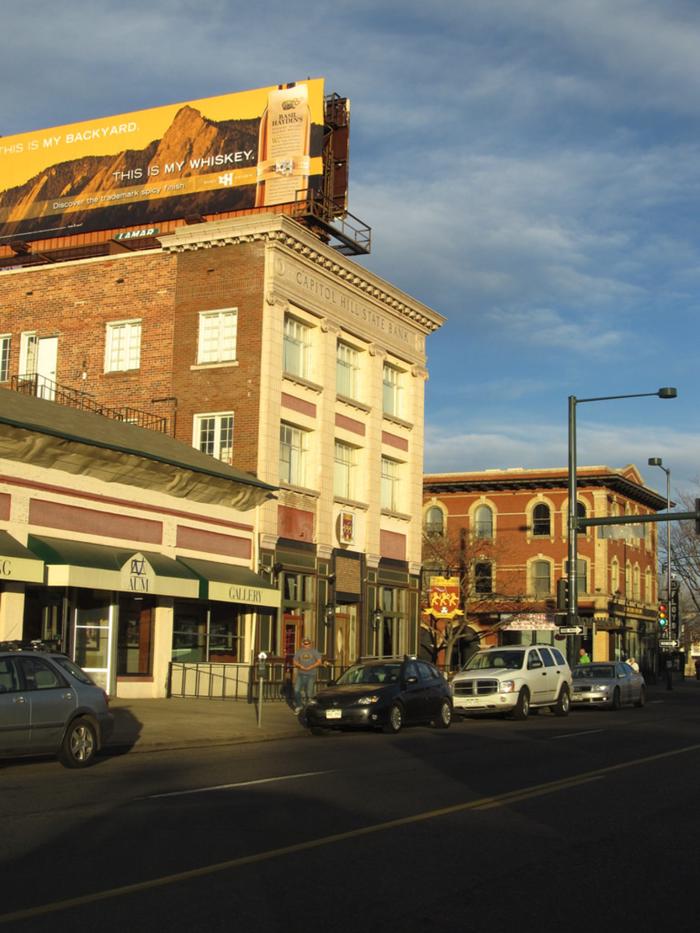 Bordered by Lincoln, Speer and Colfax and comprised of a wide variety of nightlife venues, all within walking distance of one another, we arrive at the end our tour to Denver’s “SoCo" Nightlife District. Suited to fit all tastes and lifestyles in Denver, it's the jack of all trades in en 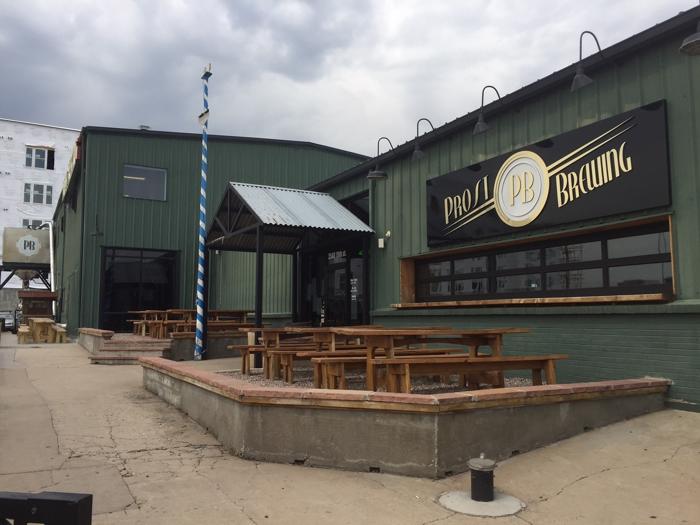