Discover the beauty of Dallas

The cultural and commercial hub is a legendary city throughout the state of Texas. Dallas is home to various monuments and legends to the entire country. Don’t forget about the delicious restaurants and a stellar shopping scene!

Dallas
The cultural and commercial hub is a legendary city throughout the state of Texas. Dallas is home to various monuments and legends to the entire country. Don’t forget about the delicious restaurants and a stellar shopping scene!
Take a self-guided tour 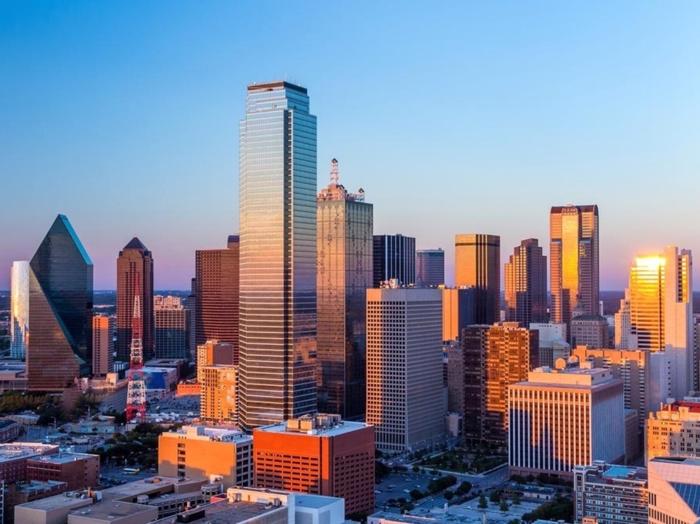 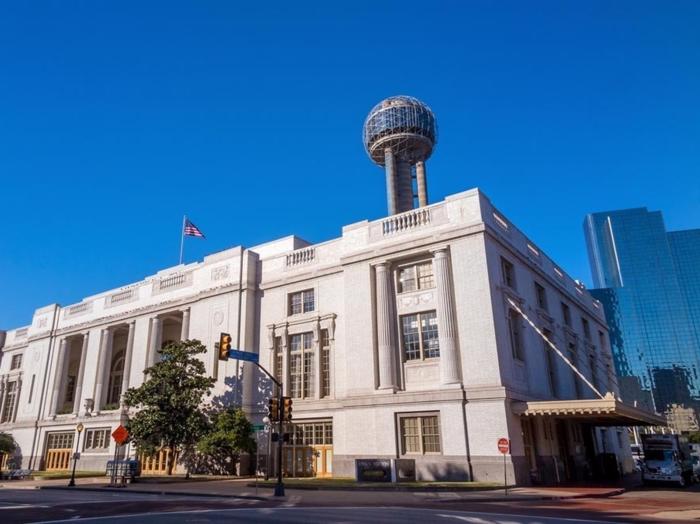 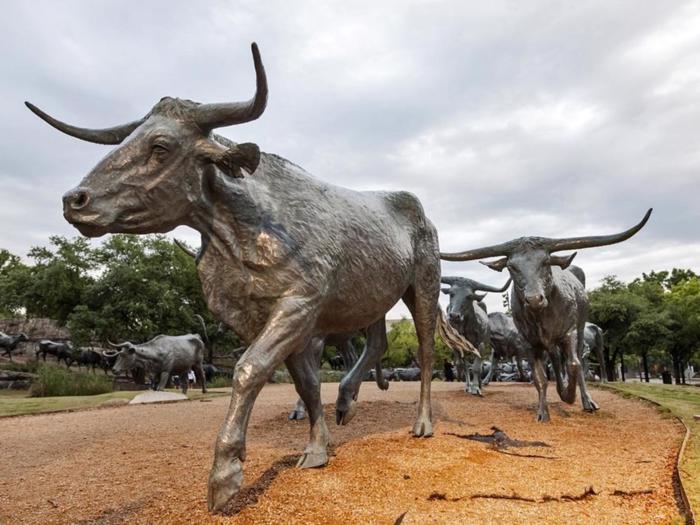 Howdy! Welcome to Dallas, my name is Katherine and I’ll be your guide on this tour, as presented by Insight Guides. I’ll show you how Dallas has changed from a pioneer settlement in the 1840s to today’s modern and thriving city. This tour should take about two hours to complete, not including any time spent at attractions along the way.On this tour, you’ll hear stories and visit places associated with early pioneers, beer magnates, downtown’s decline and resurgence, the vital role of the rai 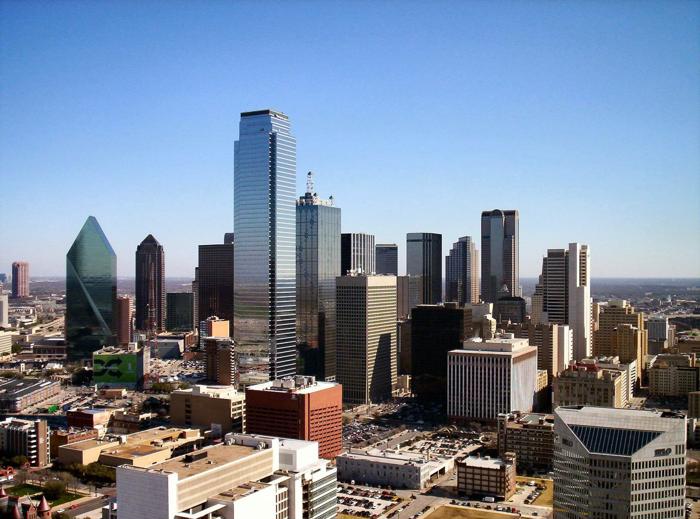 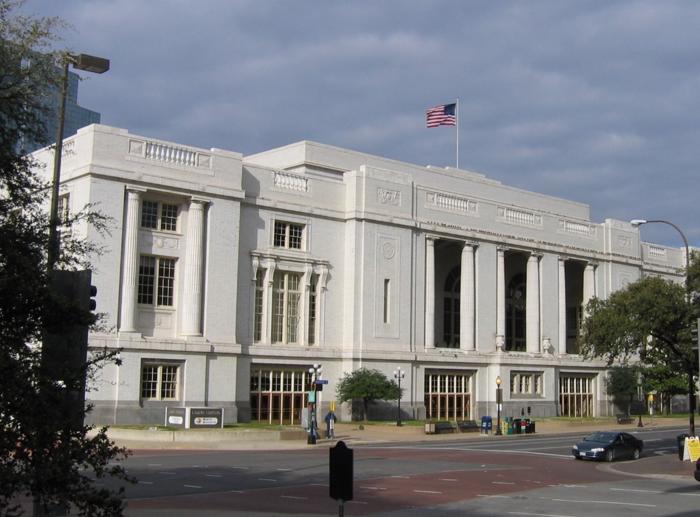 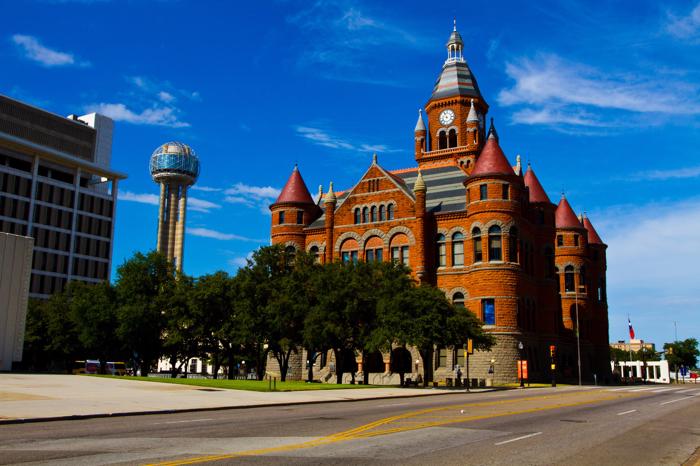 The Highs and Lows of Downtown Dallas

Welcome to Dallas, home of the 7-Eleven, the microchip, and the long-running self-titled soap opera. The city was founded in the 1840’s, and rose to prominence as an oil and cotton powerhouse. It also benefitted from the many railroads which once ran through it. These days the city prospers as a center for industries including telecommunications, medical research, banking, and the old mainstays of energy and transportation. During this walking tour through downtown, you’ll get a feel for the city center’s long and complex history.Photo 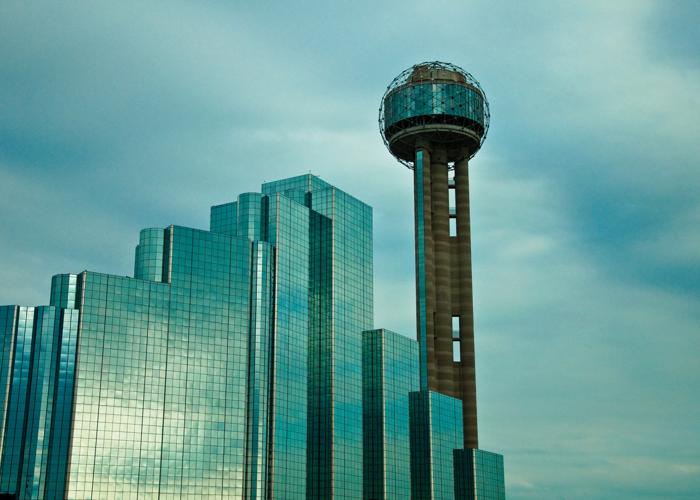 Reunion Tower is a 561 ft observation tower in Dallas, Texas and one of the city's most recognizable landmarks. Located at 300 Reunion Boulevard in the Reunion district of downtown Dallas, the tower is part of the Hyatt Regency Hotel complex, and is the city's 15th tallest building. A free-standing 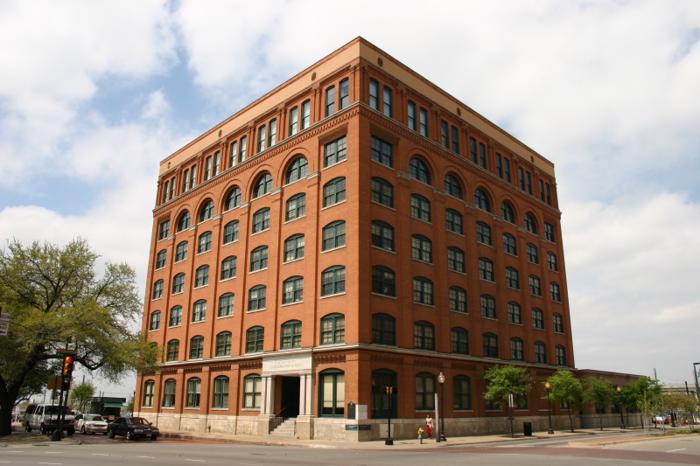 Amazing museum dedicated to the life and death of J. F. Kennedy. Learn more about his legacy at the place from where he was shot. 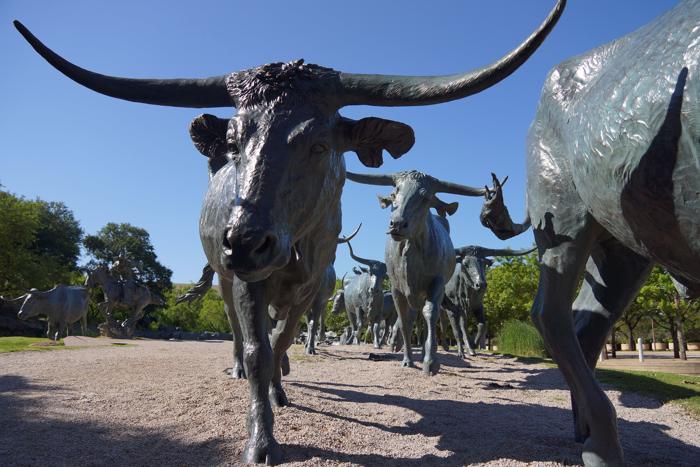 Pioneer Plaza is a large public park located in the Convention Center District of downtown Dallas, Texas. It contains a large sculpture and is a heavily visited tourist site. Adjacent to the plaza is the Pioneer Park Cemetery which features the Confederate War Memorial. Together, it is the largest p 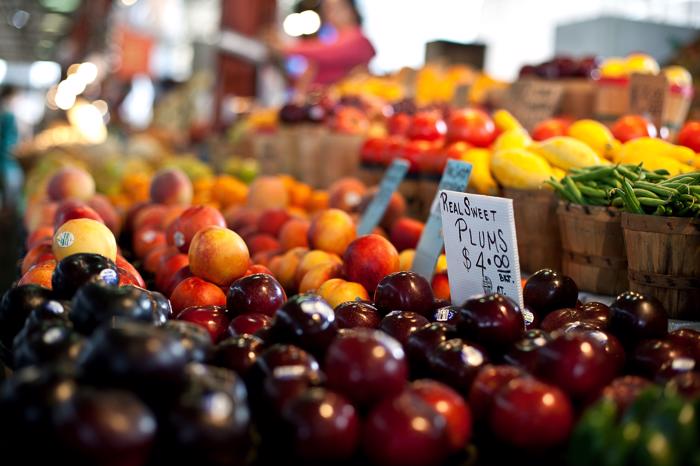 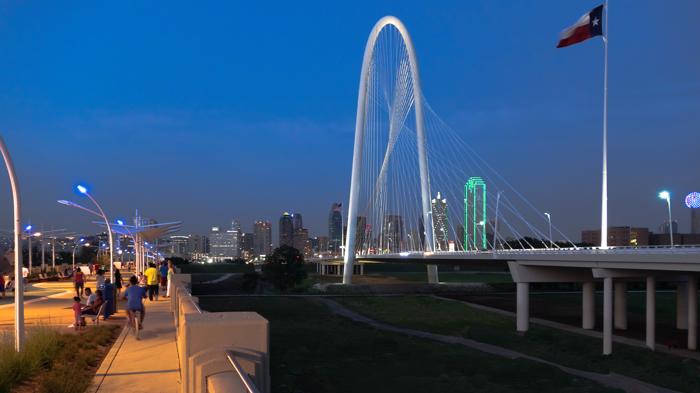 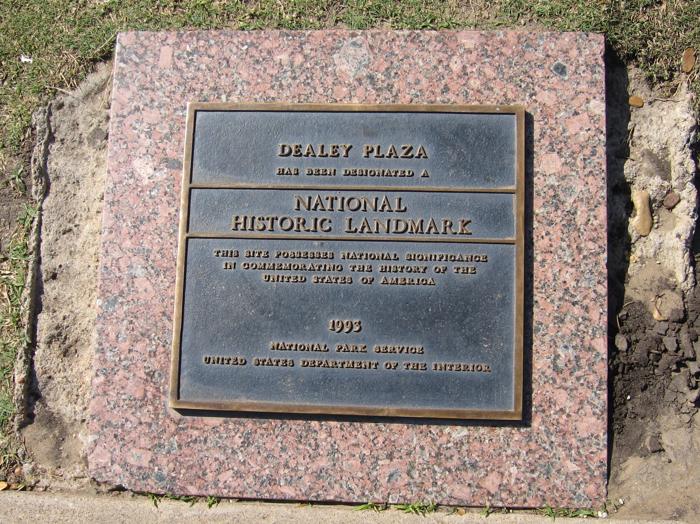 Dealey Plaza is a city park in the West End district of downtown Dallas, Texas. It is sometimes called the "birthplace of Dallas". It also was the location of the assassination of United States President John F. Kennedy, on November 22, 1963; 30 minutes after the shooting, Kennedy died at Parkland 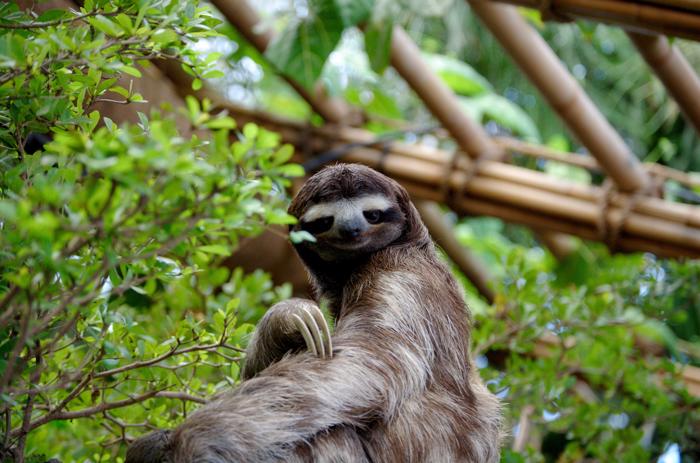 The Dallas World Aquarium is a for-profit aquarium and zoo located in the West End Historic District of downtown Dallas, Texas, USA. It aids conservation and education by housing many animals that are threatened or endangered as part of a cooperative breeding program with other zoos around the world 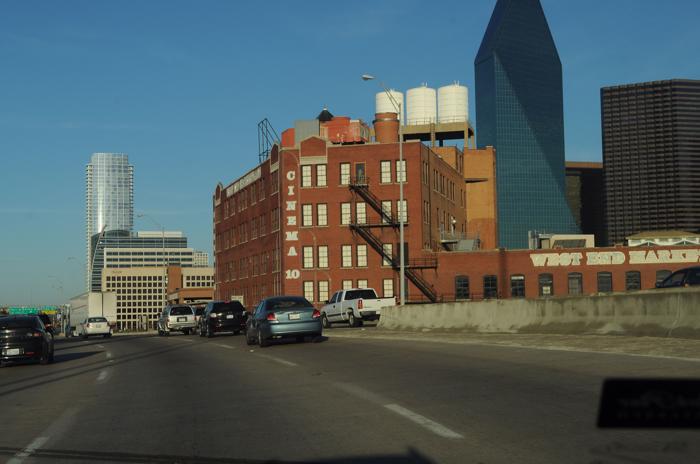 The West End Historic District of Dallas, Texas, is an historic district that includes a 67.5-acre area in northwest downtown, generally north of Commerce, east of I-35E, west of Lamar and south of Woodall Rodgers Freeway. It is south of Victory Park, west of the Arts, City Center, and Main Street 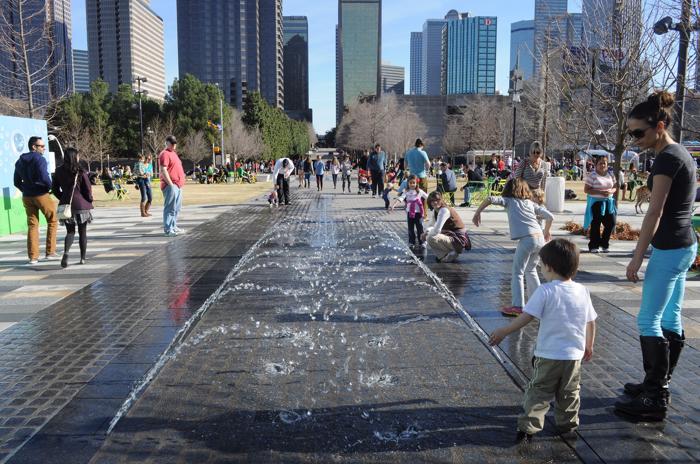 Klyde Warren Park is a 5.2-acre public park in Downtown Dallas, Texas. The park is over the Woodall Rodgers Freeway, and opened in 2012. It is named for Klyde Warren, the young son of billionaire Kelcy Warren. The urban park is open to the public, but is operated by the private Woodall Rodgers Park 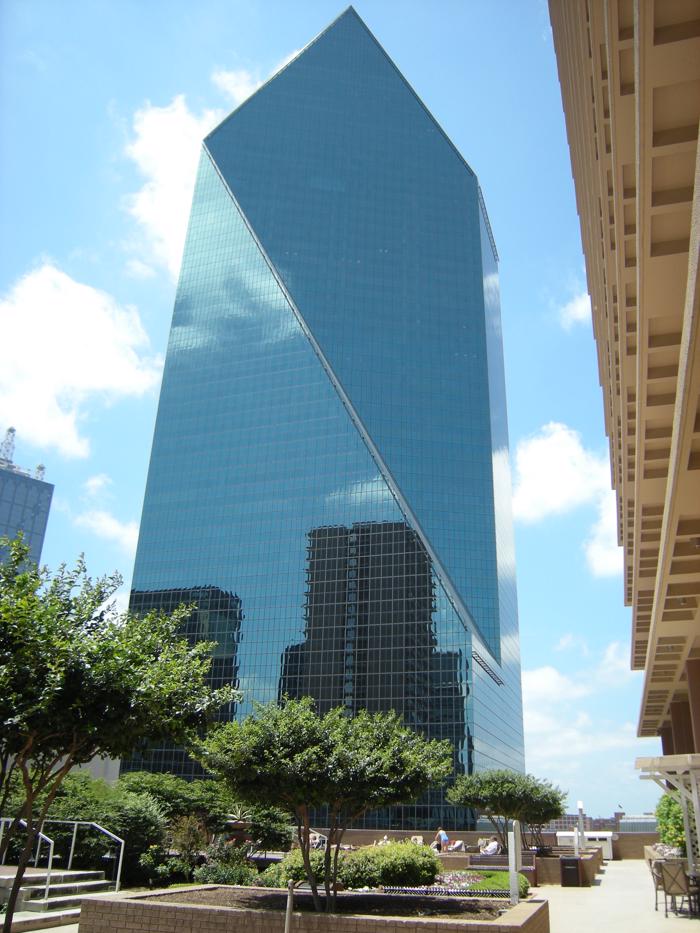 Fountain Place is a 60-story late-modernist skyscraper in downtown Dallas, Texas. Standing at a structural height of 720 ft, it is the fifth-tallest building in Dallas, and the 15th-tallest in Texas. A new 45-story sibling tower, AMLI Fountain Place, is being built to its northwest on an adjacent lo