Discover the beauty of Constanța

On the western coast of the Black Sea sits Romania's oldest settlement. Originally known as Tomis and dating back to Antiquity, it has since then become home to a host of diverse landmarks, Roman, Turkish and Eastern Orthodox alike!

Constanța
On the western coast of the Black Sea sits Romania's oldest settlement. Originally known as Tomis and dating back to Antiquity, it has since then become home to a host of diverse landmarks, Roman, Turkish and Eastern Orthodox alike!
Take a self-guided tour 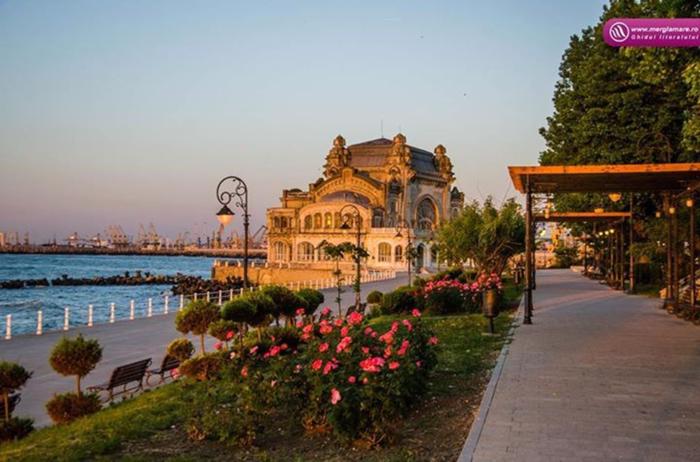 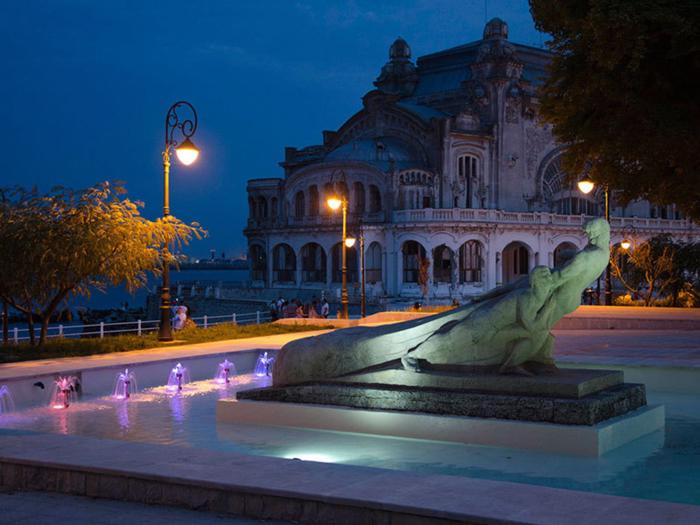 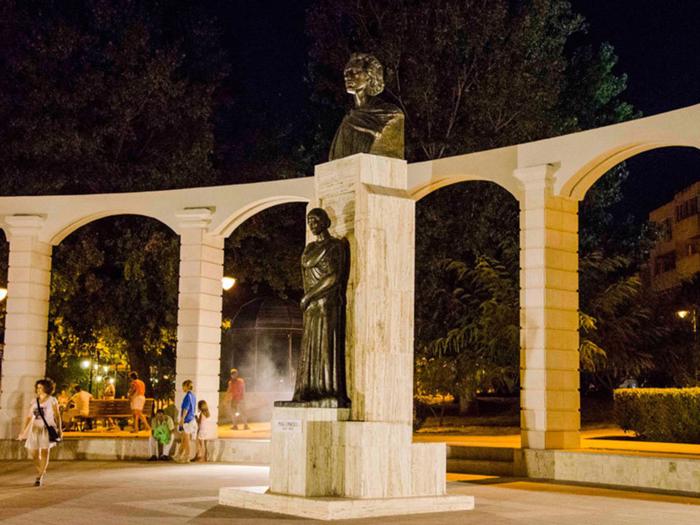 The first historical references about Tomis, commercial landmark developed by the Greeks on a native Getae settlement, appeared in the 6th century B.C., the seafront of Tomis being an inevitable port of call for the Greek sailors. The Greek colonization led to a rise in the economic activity that materialized through the accumulation of wealth inside the citadel, culminating with an impressive urban development of the city.The expansion of the Roman Empire (centuries I-III A.D.) in the west area of the Black Sea led to an afterwards development of the citadel. At the beginning of the

In the 60's the authorities asked the sculptor Corneliu Virgiliu Medrea (1888-1964), an artist and a member of the Academy, to make a statuary group that would bring homage to fishermen's work. If initially the statue of the fishermen with the fishing net was placed on the ground, later a basin was 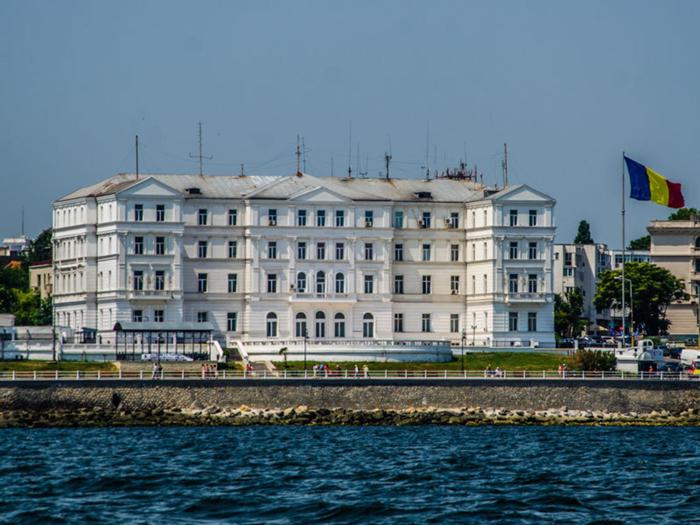 The hotel, first called "Terminus" and later "Charles I", was built by "Danube and Black Sea Railway" between 1879 and 1881. Situated near the Genoese Lighthouse, the hotel offered special facilities to the tourists who came for the sea baths. An elegant hotel for those times, besides almost 100 roo 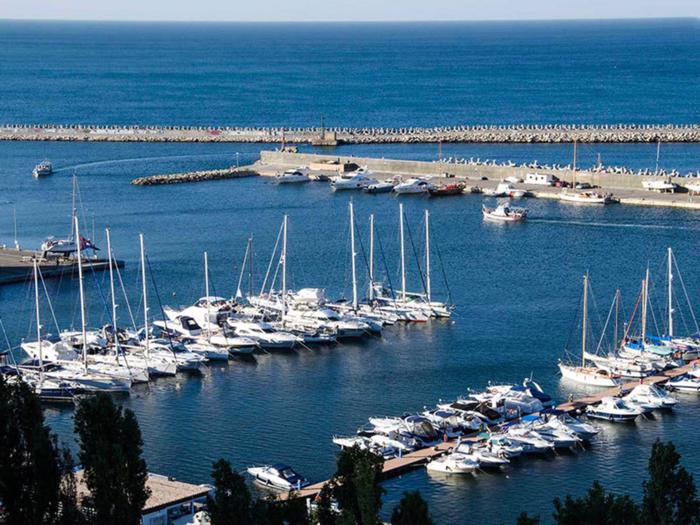 Tomis harbour has a special charm. At the northern side of the esplanade, you go down to the recently modernised harbour that in the last years has attracted a great number of yachts due to the facilities it offers. Included in a more recent chapter of history, Tomis Harbour was meant to be a natura 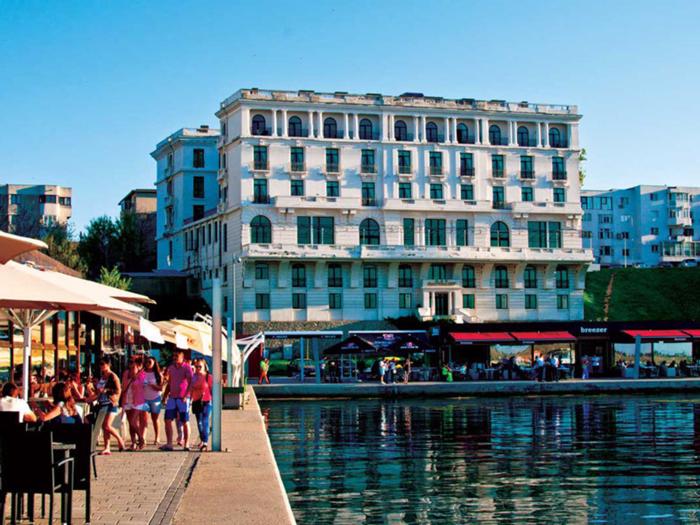 Built on the seashore, near the Casino, even from its beginning Palace Hotel was a high-class one for that era. Designed by a French architect and having the baron Edgar de Marçay as its owner - one of the shareholders of the Monte Carlo Casino of those times, it is easy to understand why the hotel' 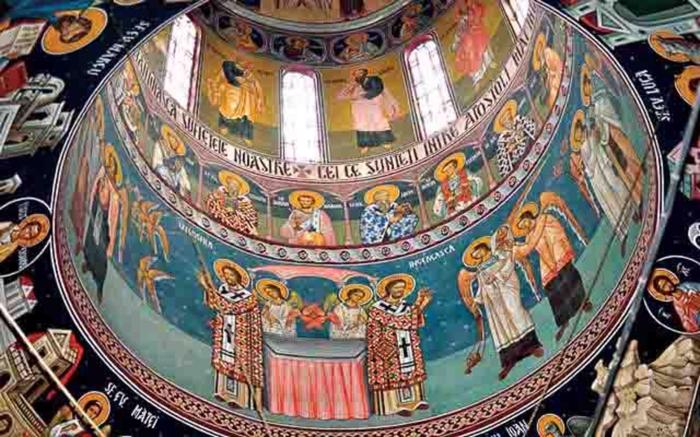 There was a strong Bulgarian community in town at the end of the 19th century that asked the local authorities for the approval of building their own orthodox church.The church was built in Romanian architectural style but the texts were painted in Bulgarian. Through the reduction of the Bulgarian c 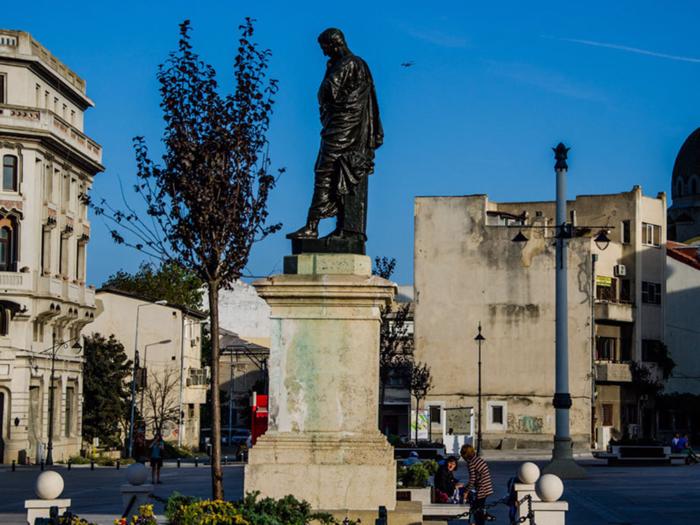 The statue of the latin poet, Ovid's Square

The work of the renowned Italian sculptor Ettore Ferari, it is an emblematic statue of the city and probably the most important monument in Constanța.Made of bronze, the statue placed in Ovid’s Square was uncovered in 1887 in the presence of the city’s officials and locals. The famous sculptor Etto 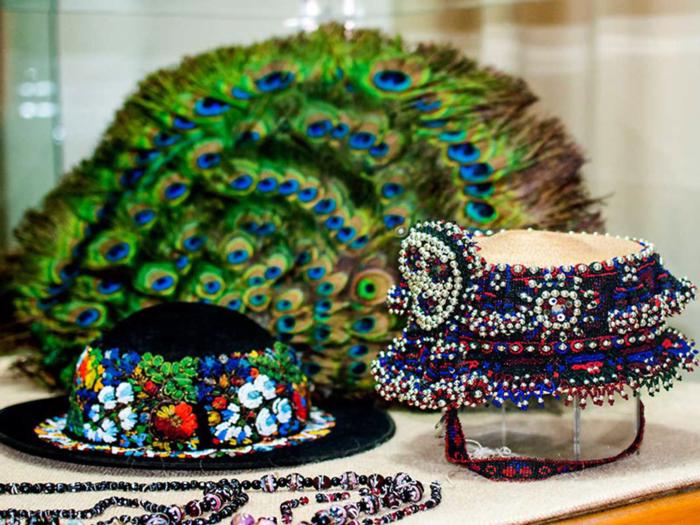 Situated in an emblematic building of the city - the Communal Palace, the museum surprises through the multitude of traditional handicraft exhibits.The building that hosts the museum was opened in 1896. The construction was initially built to serve as offices for the Communal Council. In 1954, the P 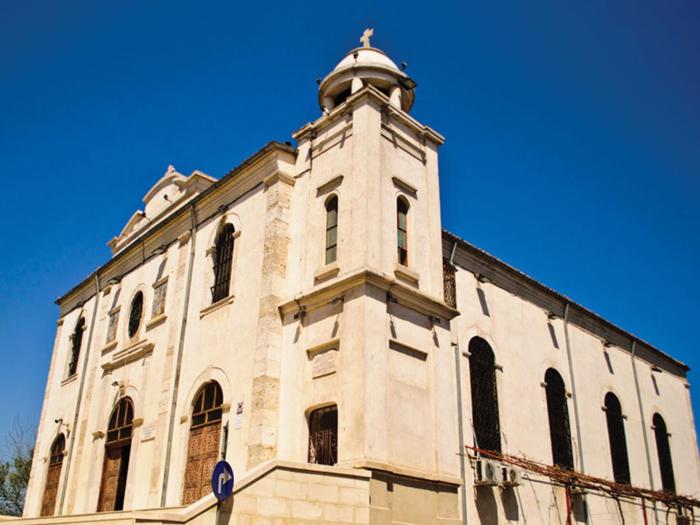 The name of the church is "The Transfiguration" and it is the first church built in Constanța - in 1868 - through the contribution of the Greek community. In 1863, Padishah Abdul Aziz donated the land on which the church was erected to the community for the construction of the worship place.Built of 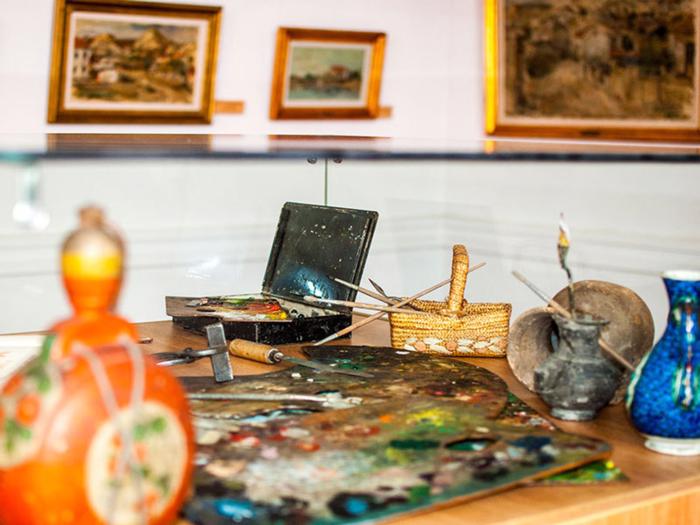 With a heritage of over 7,000 Romanian works of art, the museum represents a landmark on the cultural map of the city through the value and the importance of the exhibits.Even if it seems a unitary ensemble, the museum is located in two buildings constructed almost 100 years away from each other. Wh 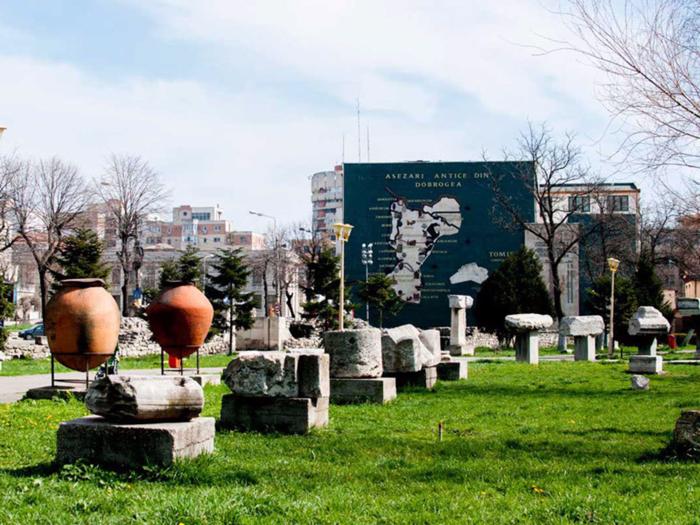 The central park of the city houses, besides the local and regional administrative institutions, an important outdoor collection of monuments and vestiges of the old citadel Tomis. The big amphorae, the sarcophagi, the precinct walls together with the map of the ancient settlements of this region ma