Discover the beauty of Cincinnati

Cincinnati
On your tour of Ohio, try out Cincinatti with its laid back nightlife and peaceful parks. They don't call it the "Forest City" for nothing!
Take a self-guided tour 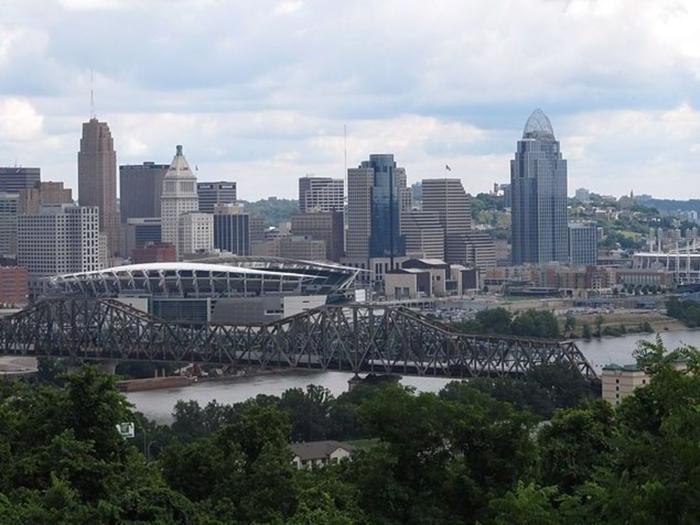 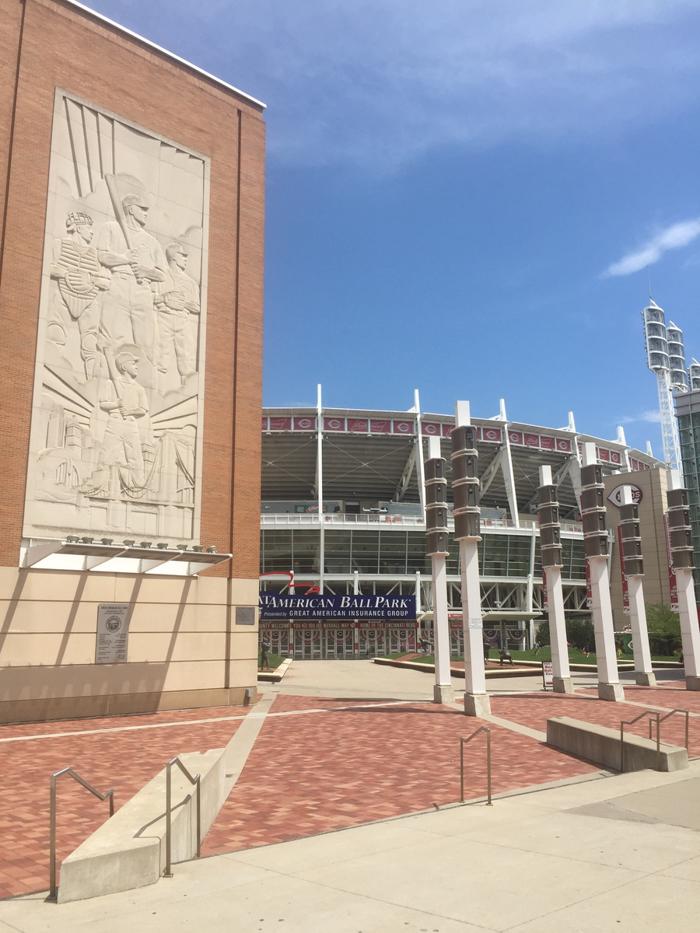 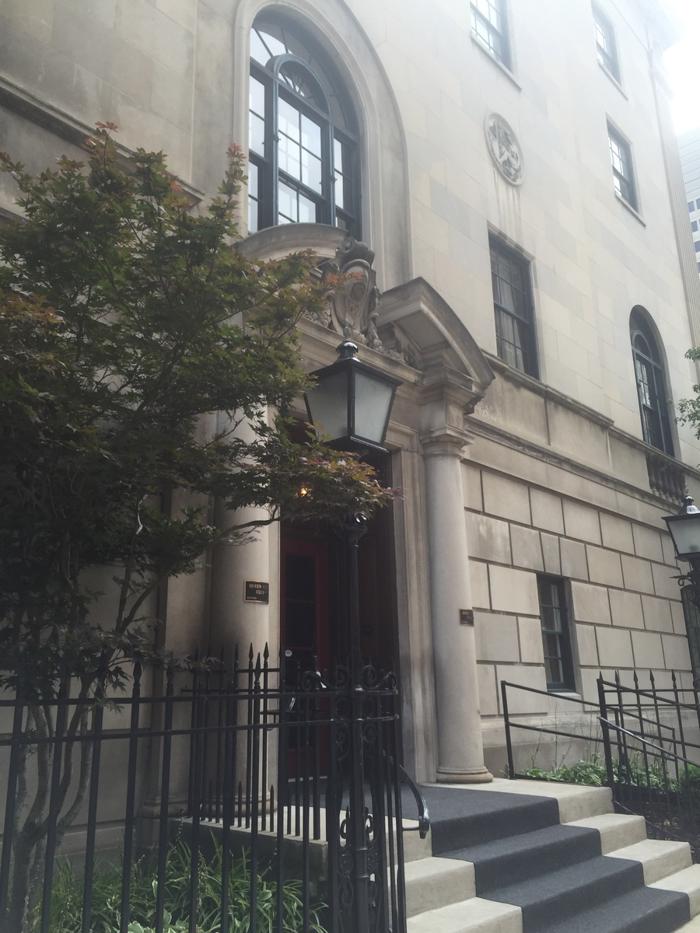 Cincinnati was founded in 1788, making it one of the first major American cities founded after the Revolution. It’s grown over the centuries to become the third-largest city in Ohio. While Cincinnati doesn’t have the national status it did in the 19th century, when steamboats made it a major commercial center, these days it has plenty to see and do, as you’ll find out throughout the tour.Licenses:Photo “Ci 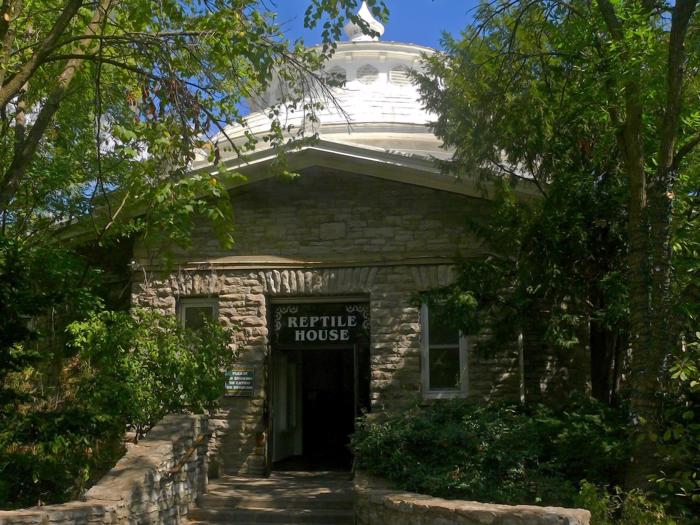 The Cincinnati Zoo and Botanical Garden is the fifth-oldest zoo in the United States, opening in 1875, after the Philadelphia Zoo, the Roger Williams Park Zoo, the Lincoln Park Zoo, and the Central Park Zoo. It is located in the Avondale neighborhood of Cincinnati, Ohio. It originally began with 6 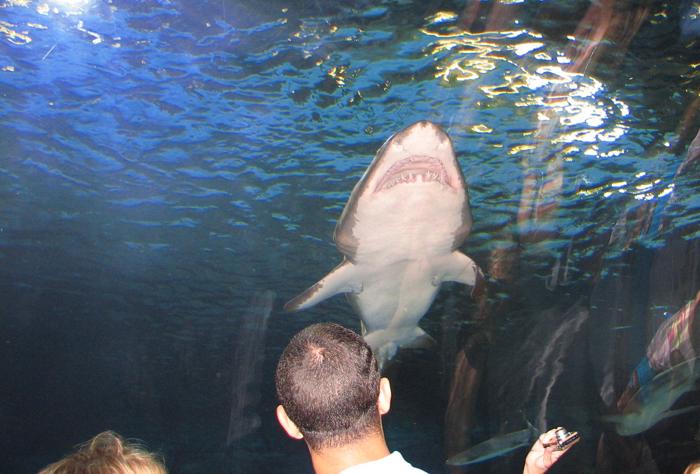 The Newport Aquarium is an aquarium located in Newport, Kentucky, United States at Newport on the Levee, across the river from Cincinnati. The aquarium has 70 exhibits and 14 galleries, including five seamless acrylic tunnels totaling over 200 feet in length. The aquarium showcases thousands of an 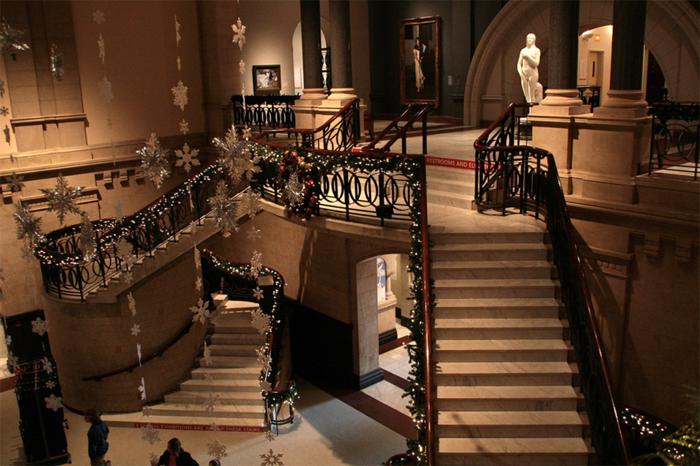 The Cincinnati Art Museum is an art museum in the Eden Park neighborhood of Cincinnati, Ohio. It is one of the oldest art museums in the United States. Founded in 1881, it was the first purpose-built art museum west of the Alleghenies. Its collection of over 100,000 works spanning 6,000 years of hum 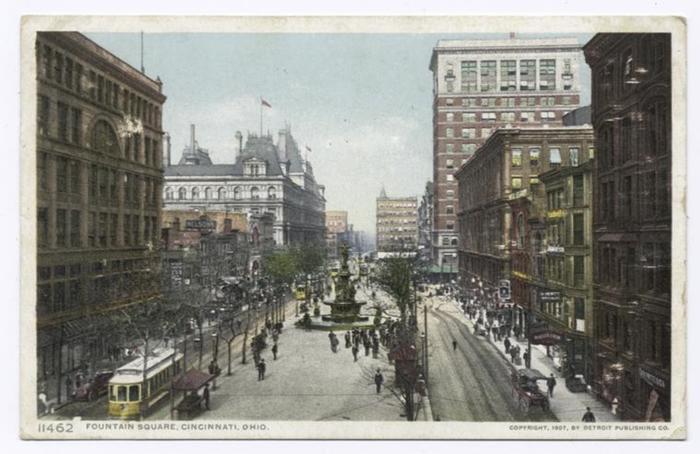 Fountain Square is a city square in Cincinnati, Ohio, United States. Founded in 1871, it was renovated in 1971 and 2005 and currently features many shops, restaurants, hotels, and offices. 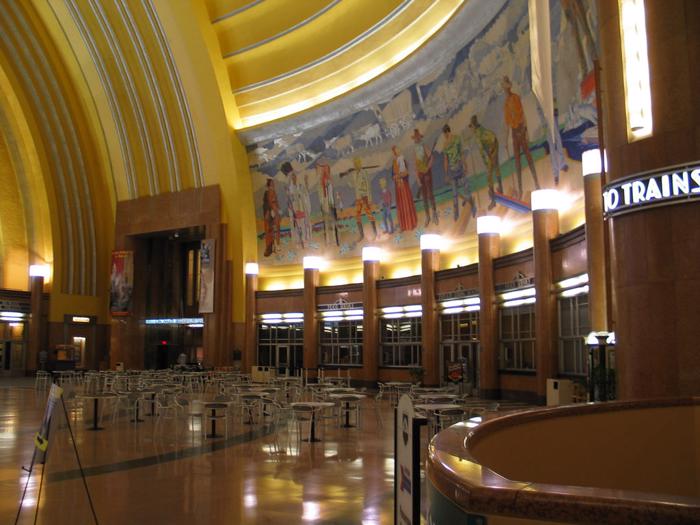 The Cincinnati Museum Center is a museum complex operating out of the Cincinnati Union Terminal in the Queensgate neighborhood of Cincinnati, Ohio. It houses museums, theaters, a library, and a symphonic pipe organ, as well as special traveling exhibitions. 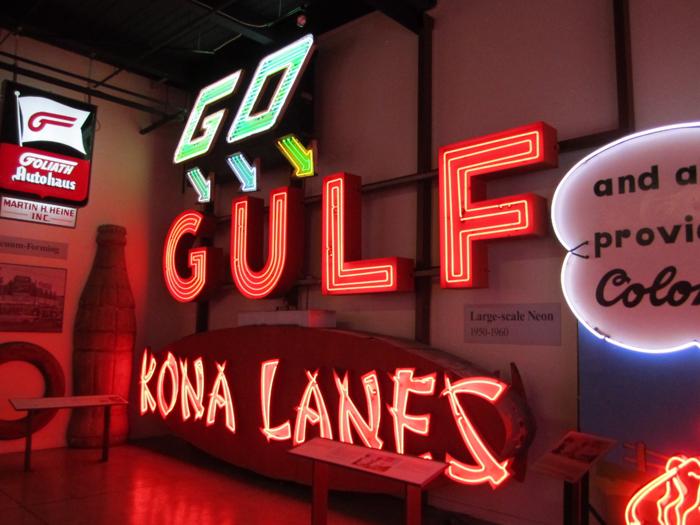 The American Sign Museum in Cincinnati, Ohio, preserves, archives, and displays a collection of signs. The museum also displays the equipment utilized in the design and manufacture of signs. Tod Swormstedt began working on the museum in 1999. It opened to the public in 2005. 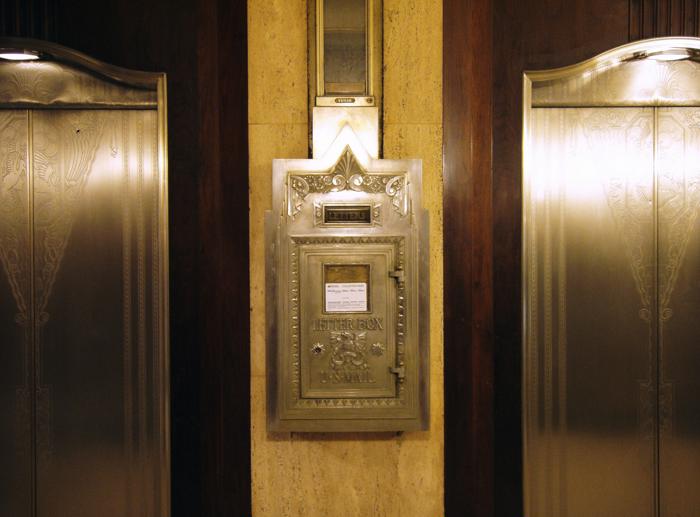 Carew Tower is a 49-story, 574-foot Art Deco building completed in 1930 in the heart of downtown Cincinnati, Ohio, overlooking the Ohio River waterfront. The structure is the second-tallest building in the city, and it was added to the register of National Historic Landmarks on April 19, 1994. The t 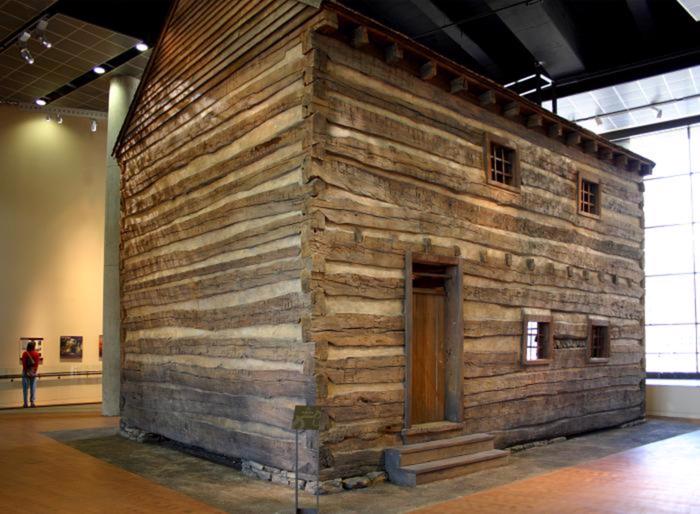 The famous museum presents a problem of slavery not only in history, but also in contemporary society - modern slavery and human trafficking. 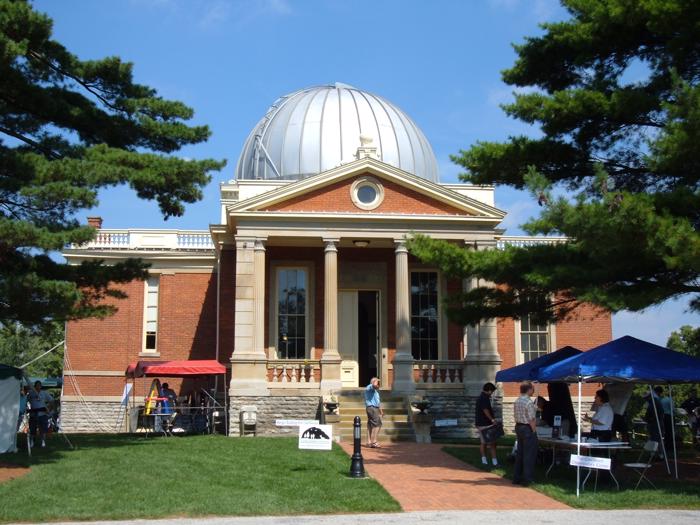 The Cincinnati Observatory is located in Cincinnati, Ohio on top of Mount Lookout. It consists of two observatory buildings housing an 11-inch and 16 inch aperture refracting telescope. It is the oldest professional observatory in the United States. It was a key facility for astronomical research a 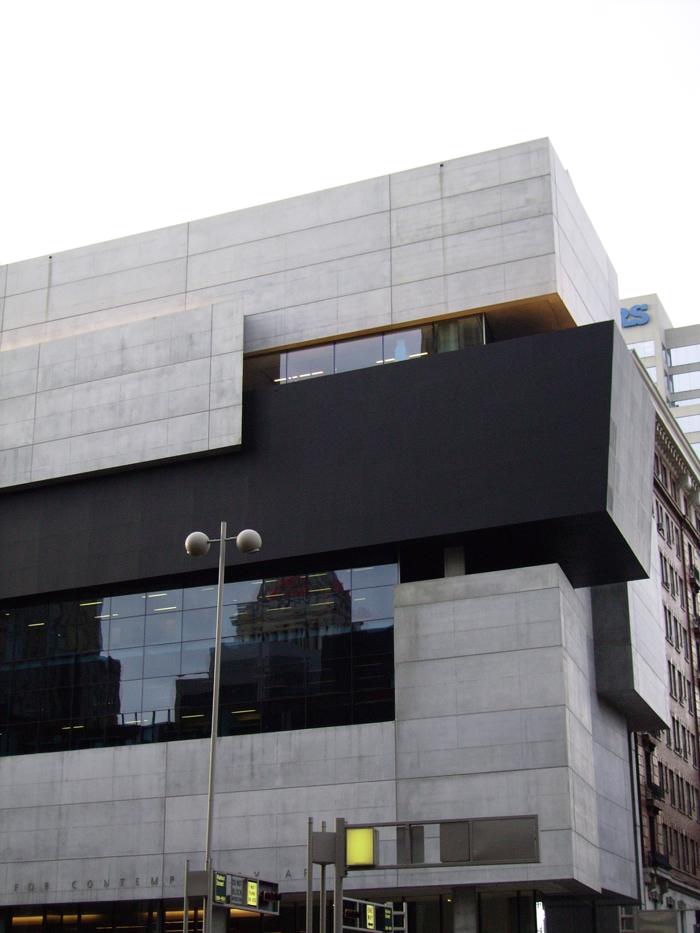 The Contemporary Arts Center is a contemporary art museum in Cincinnati, Ohio and one of the first contemporary art institutions in the United States. The CAC is a non-collecting museum that focuses on new developments in painting, sculpture, photography, architecture, performance art and new media.