Discover the beauty of Charlottesville

Set in the Blue Ridge Mountains, Charlottesville is a wonderful city with striking beauty. It is full of culture and architecture that are worth the look. There are always people out and about in the downtown area creating a fun and lively atmosphere!

Charlottesville
Set in the Blue Ridge Mountains, Charlottesville is a wonderful city with striking beauty. It is full of culture and architecture that are worth the look. There are always people out and about in the downtown area creating a fun and lively atmosphere!
Take a self-guided tour 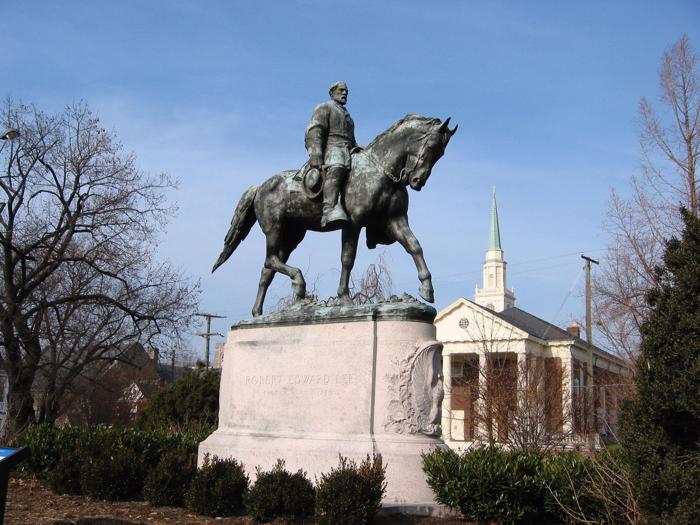 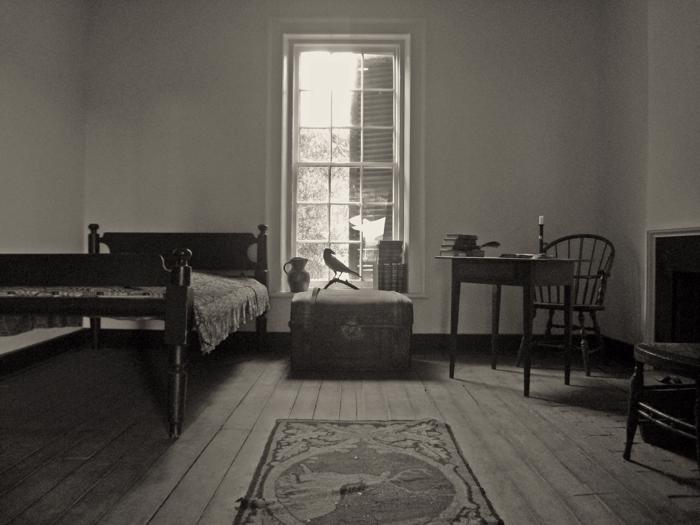 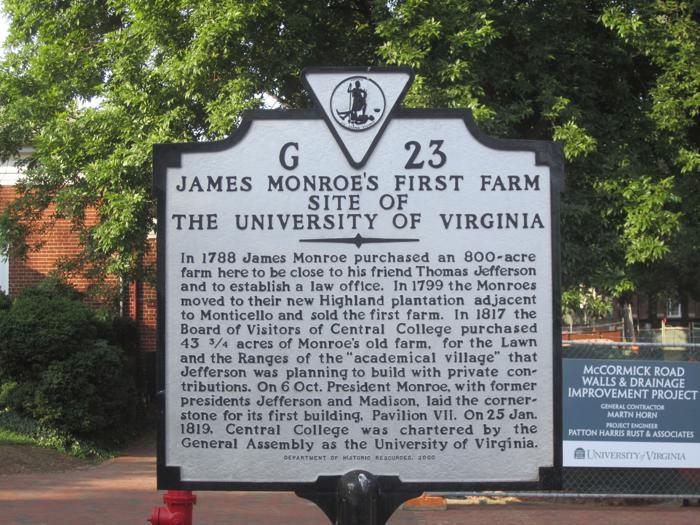 Welcome to Charlottesville, Virginia! Affectionately referred to as C’ville or Hoo-Ville by locals, Charlottesville was formed in 1762 and named for Queen Charlotte, wife of then-reigning monarch King George III.Charlottesville is most famous for being the home of three presidents of the United States: James Madison, James Monroe, and Thomas Jefferson. Our walk today is going to focus mostly on Thomas Jefferson, the third president of the United States, Founding Father, and primary author of the Declaration of Independence. You’ll see a great deal of the city as it is tod 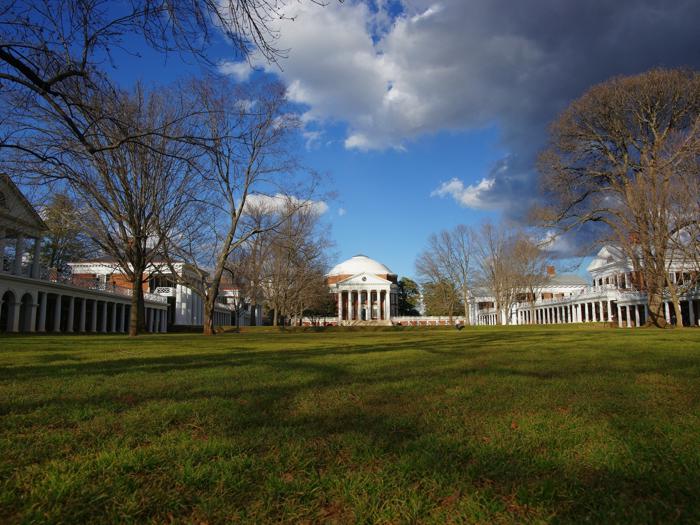 The University of Virginia

Our walk starts at the University of Virginia. Thomas Jefferson founded the university in 1819 after becoming discouraged with his own alma mater, the College of William and Mary, for emphasizing religion over science. James Monroe and James Madison joined Thomas Jefferson, along with John Marshall 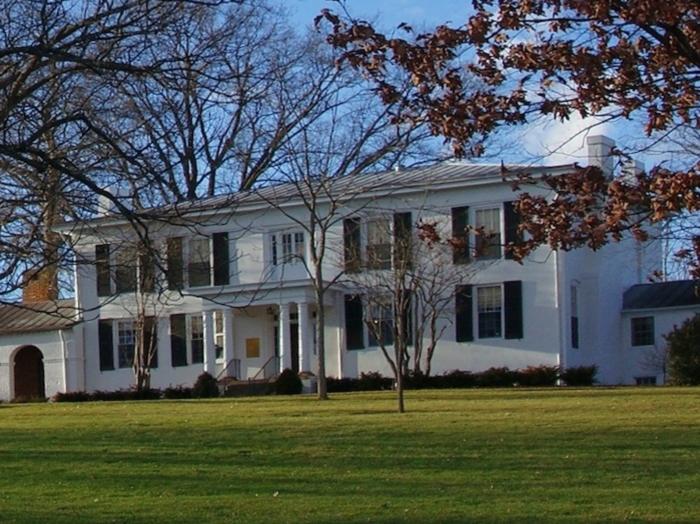 Founded in the mid 1980s, and known at that time as Monroe Hill College, today it’s called Brown College at Monroe Hill. The Monroe Hill House, located here, was once the home of president James Monroe, who sold land from his family farm for the establishment of the University of Virginia. The

One of the most famous students of the University of Virginia was author and poet, Edgar Allan Poe. Poe was born in Boston and raised in Richmond, Virginia after being orphaned as a young boy. He only enrolled for one term here at UVA, studying Ancient and Modern Languages. His stepfather refused to

James Monroe's First Farm - Site of the University of Virginia

This marker commemorates the location of the first farm of James Monroe. He purchased 800 acres in 1788. He wanted to live close to Thomas Jefferson and start a law office – the fruits of which we saw at Brown Hill. The Monroe family didn’t stay here very long, moving just before the beg 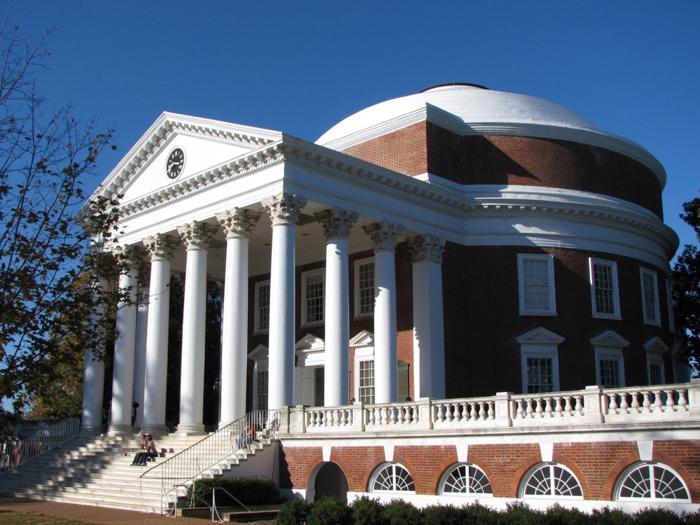 Thomas Jefferson designed the Rotunda, inspired by the Pantheon in Rome, and construction was completed in 1826. Jefferson said the Rotunda was meant to represent the “authority of nature and power of reason.” It stands today as a reminder that Jefferson firmly believed in leaving educat 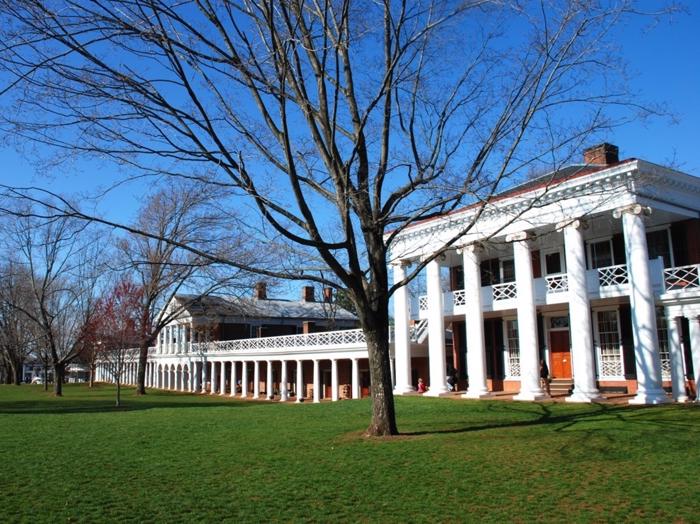 This grass court, known as The Lawn, and the surrounding buildings that make up the Academical Village were designed by Thomas Jefferson. The Lawn was meant to be the center of the University, which is why the student and faculty housing was constructed around it. The U-shaped design, including ten 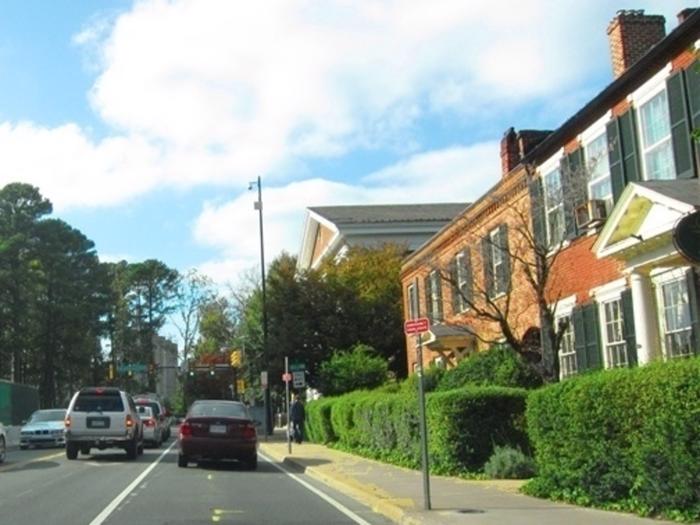 The Dinsmore House Inn, a bed and breakfast today, gets its name from James Dinsmore, who designed and built it. He was the master carpenter for Thomas Jefferson’s home, Monticello, as well as several of UVA’s Pavilions and the Rotunda. He was an Irish immigrant who became a US citizen i 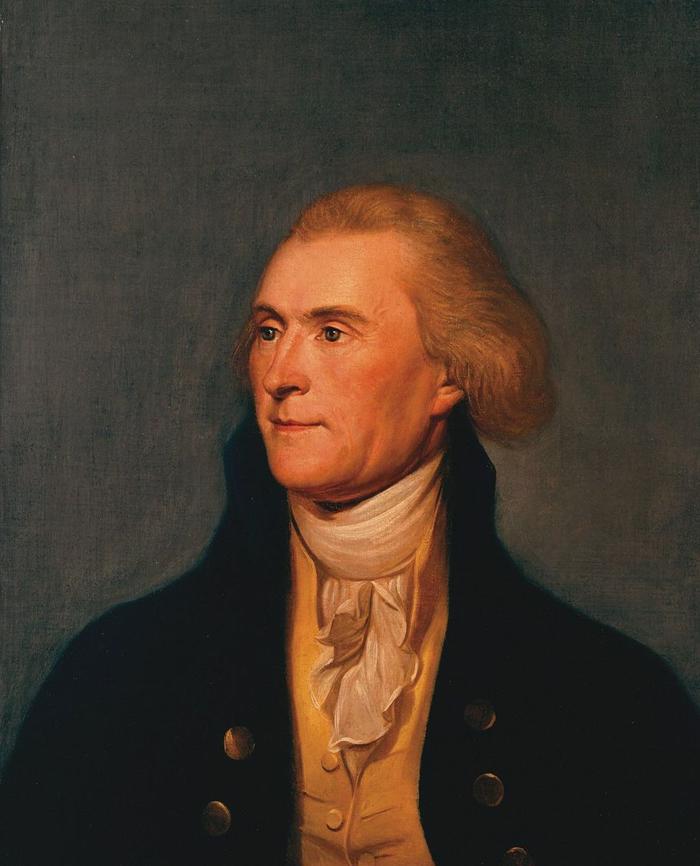 This Hampton Inn may look completely ordinary, but its normal façade could hide something significant. This very well could be the location of the grave of Sally Hemings. Hemings was a slave of Thomas Jefferson’s family who possibly had a very close relationship with the founding father 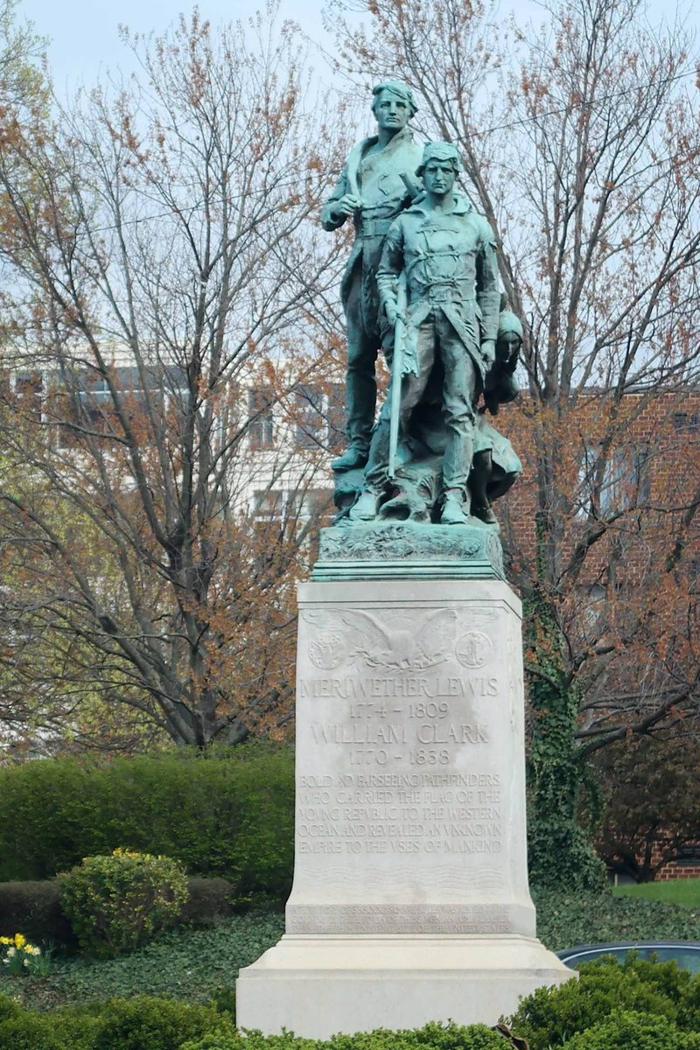 This statue of famed explorers Lewis and Clark, with their guide, Sacagawea, commemorates the expedition known as the Corps of Discovery. Commissioned by Thomas Jefferson, Meriwether Lewis and William Clark, along with volunteers from the US Army, travelled westward across the United States, to map 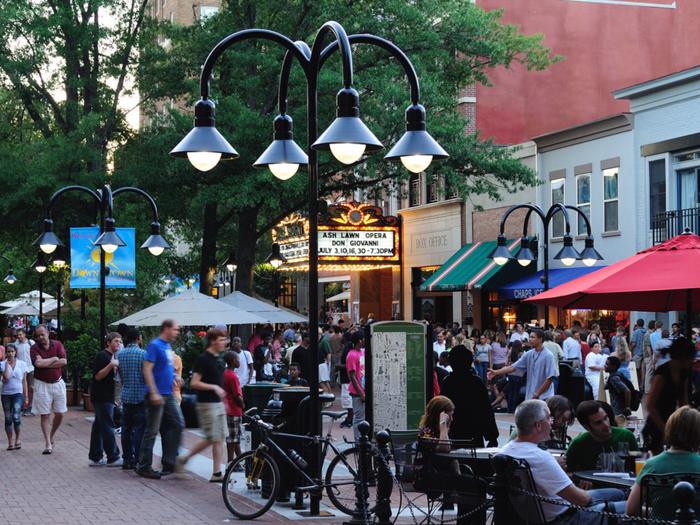 The eight blocks in front of you are known today as the Historic Downtown Mall. This was one of the main travelling routes in the area during the 1730s, when it was then known as “Three Notch’d Road”, or sometimes “Three Chopt Road” – there is a marker for Three N