Discover the beauty of Charleston

The Battery District and French Quarter are two of the main appeals of this quaint city. Full of culture and history, Charleston is waiting to share its story with you! Swing by Patriots Point and the Magnolia Plantation to get a taste of what life is like here.

Charleston
The Battery District and French Quarter are two of the main appeals of this quaint city. Full of culture and history, Charleston is waiting to share its story with you! Swing by Patriots Point and the Magnolia Plantation to get a taste of what life is like here.
Take a self-guided tour 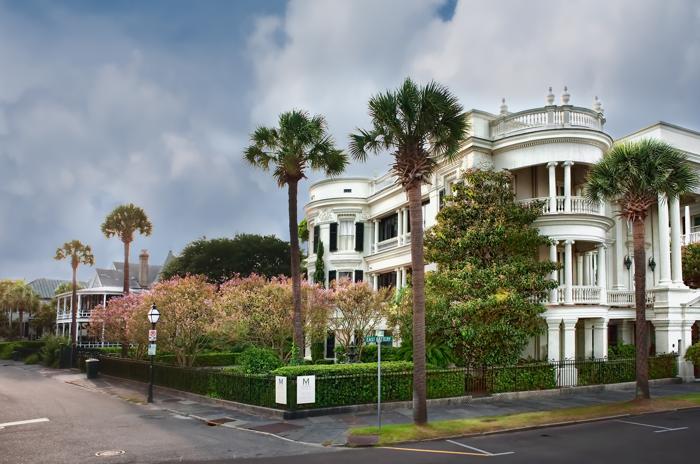 Charleston at War: The Conflicting History of the Holy City
Get the app
Start exploring right now: 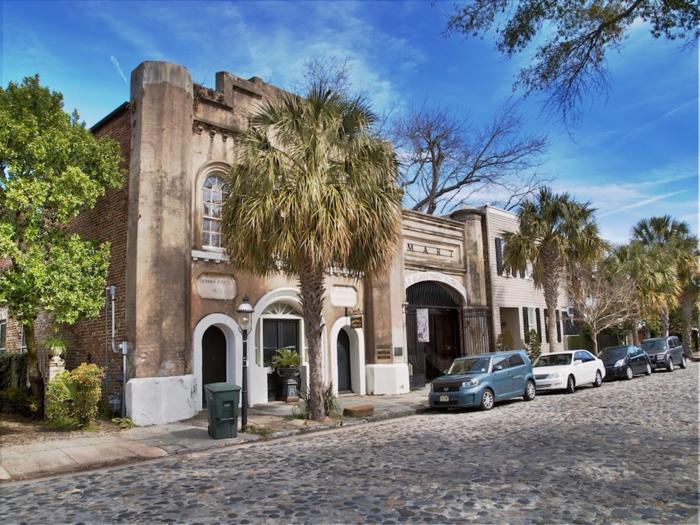 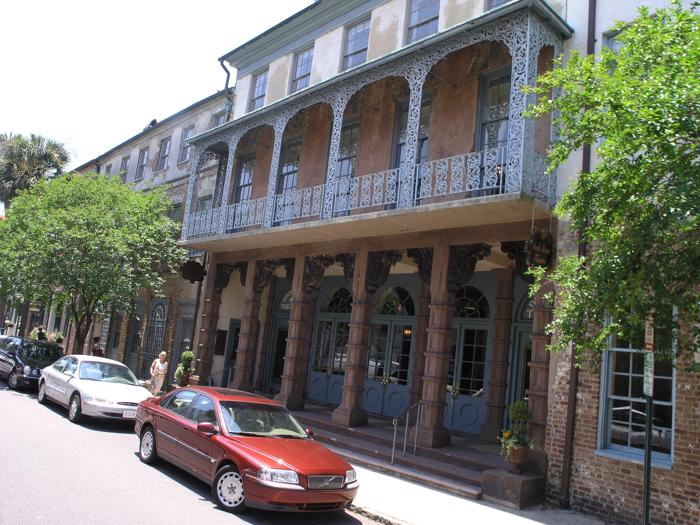 Charleston at War: The Conflicting History of the Holy City

Welcome to Charleston, a southern city steeped in history, and known for her well-preserved architecture, incredible restaurants, and rich culture. Author Pat Conroy said of Charleston: “You could forsake the Lowcountry, renounce it for other climates, but you can never completely escape the sensuous, semitropical pull of Charleston and her marshes.” Let’s go ahead and begin our journey back in time.Our tour will include stops at several museums and cathedrals, so feel free to explore them at your leisure. Licenses:Photo “ 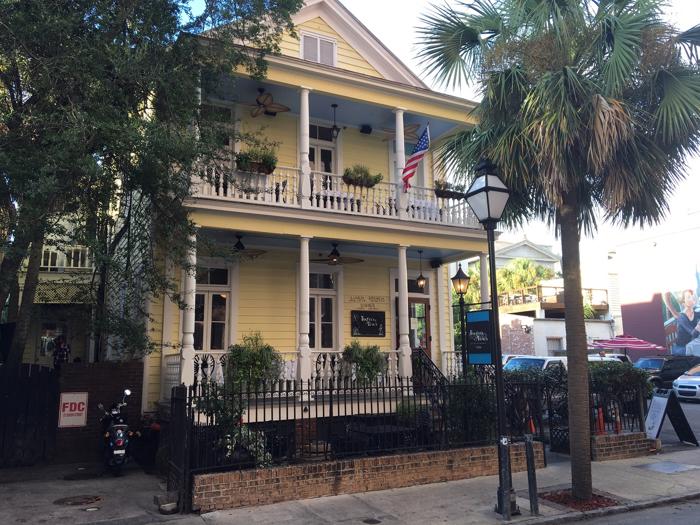 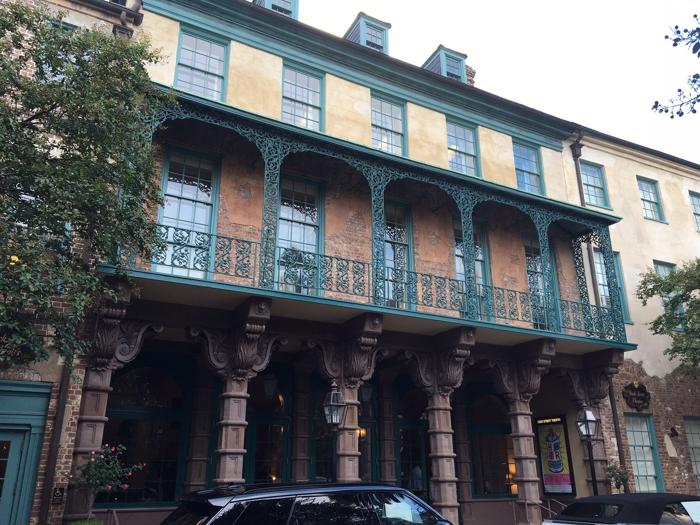 Charleston: Ghosts of the Holy City

Welcome to Charleston, a southern city steeped in history, and known for her well-preserved architecture, incredible restaurants, and rich culture. But there is a darker side to Charleston, and it’s that side we’ll be focusing on over the course of this journey. Are you ready? Then let’s begin.Licenses:Photo “Old Slave Mart Museum.jpg” by 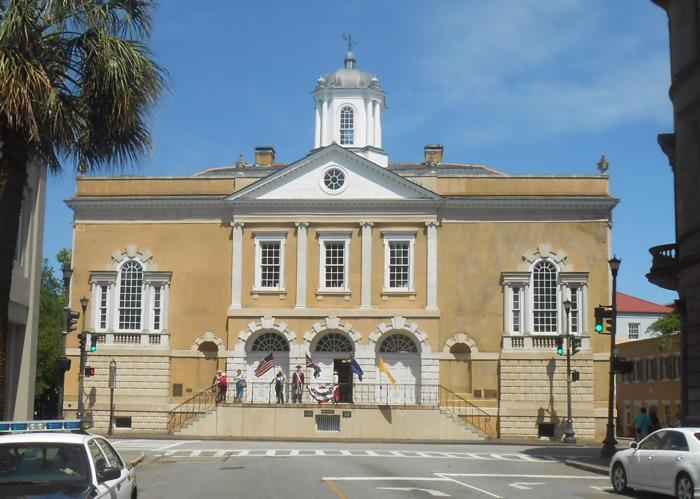 We’ll start our tour today with a building that has deep roots in Charleston History, The Old Exchange and Provost Dungeons. It was here that the people of South Carolina elected their delegates to the First Continental Congress, and it was here that South Carolina became the eighth state to r

This building on the corner of Church and Queen streets is not the original structure of the famed Dock Street Theater. The original structure was built in the 1730s, and was the very first building in America whose exclusive purpose was to house theatrical performances, way back in the days when Qu 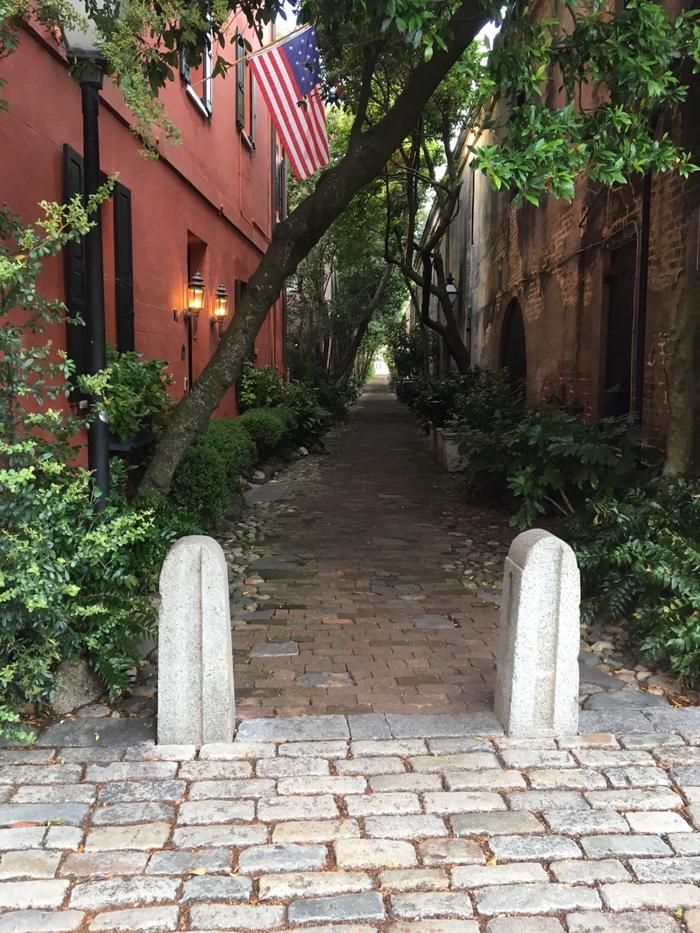 It's easy to miss this narrow thoroughfare if you're not paying attention. It's known officially as Philadelphia Alley, and was named so when the city of Philadelphia graciously offered up financial support to Charleston after the Great Fire of 1810. Before that, it was named Kinloch Court, and befo 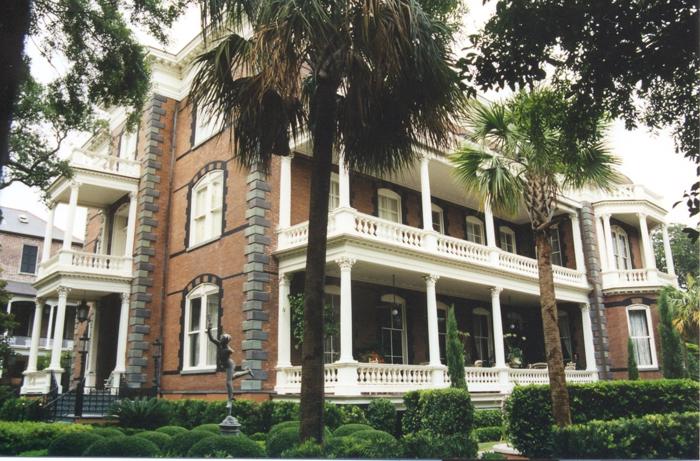 Built on what was once the property of Charles Pinckney, Governor of the state, and host to Washington during his 1791 visit to the city, the Calhoun mansion was built by wealthy business man George Walton Williams over five years in the 1870s, during the depressed years of the Reconstruction. Post

In 1808, after nearly 200 years of international slave trade, United States Congress banned the US from further participation. This did not curtail the demand for slave labor, and so a domestic trade system was created, with the city of Charleston a major trade hub. Over a million slaves were traded 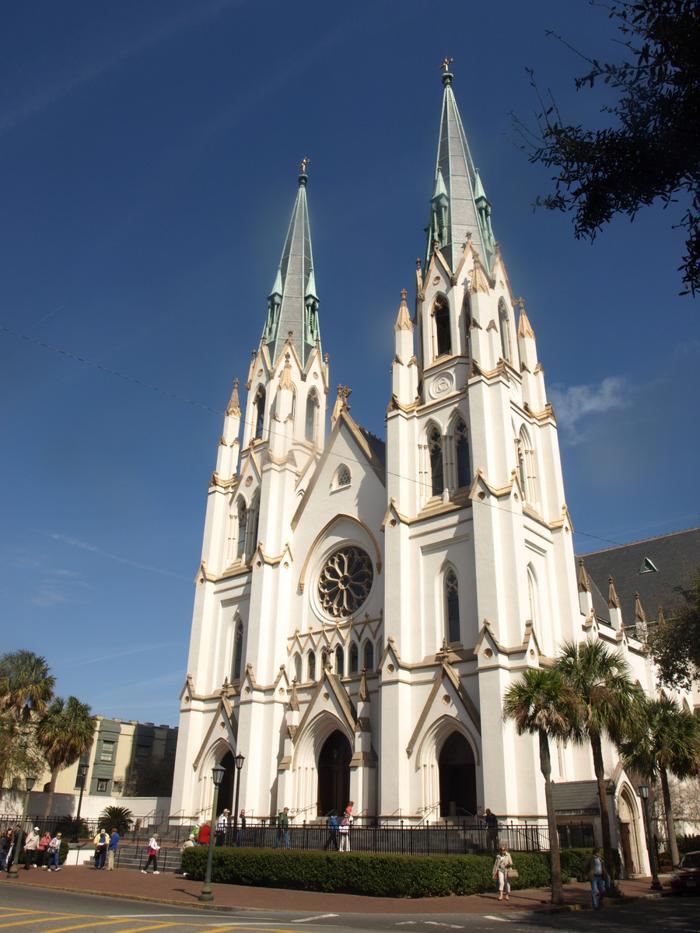 Cathedral of St. John The Baptist

The Cathedral of St. John the Baptist is a gorgeous, ornate structure, and the Mother Church of the Roman Catholic Diocese of Charleston. As with many of the other churches on our tour, its story is not without a few strokes of bad luck. The land was bought by Bishop John England in May 1821 with a 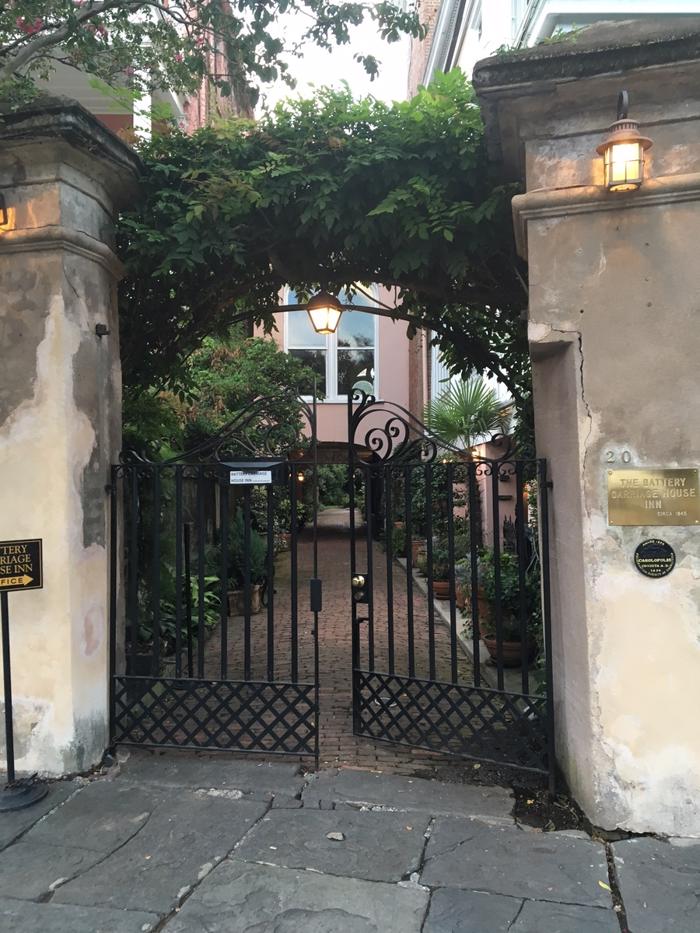 One of the better known haunts in Charleston, the Battery Carriage Inn was built originally in the 1840s and has passed through many hands in the years since. It managed to sty standing despite being constantly barraged by cannon fire during the Civil War, and was bought by a very unpopular Irishman 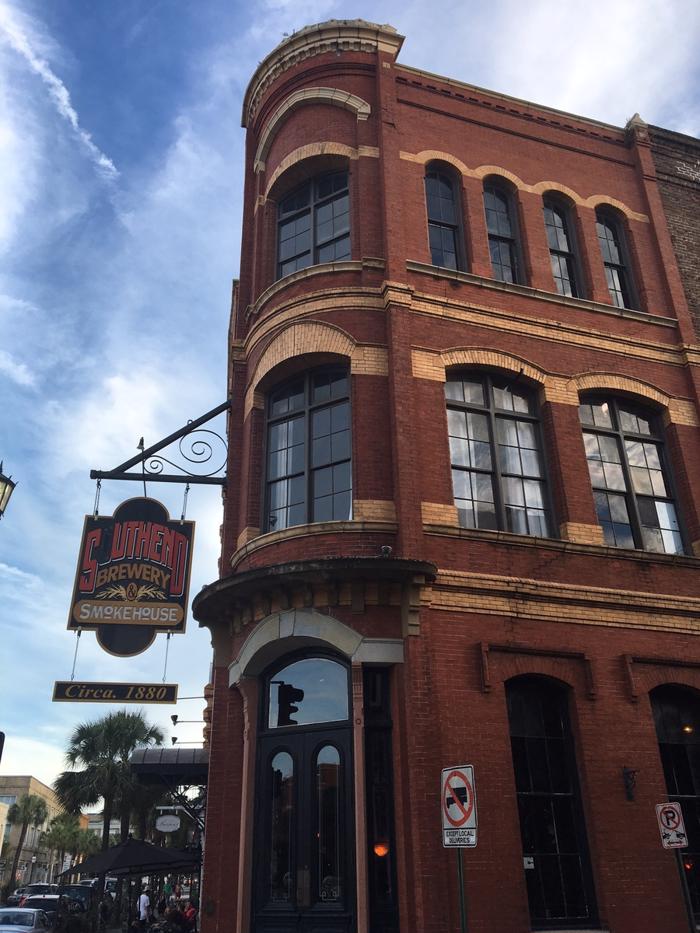 Home to the Southend Brewery, this is the F.W Wagener Building.In the 1880s, George Poirier was the last heir to a family empire that had fallen to into ruin. The Poiriers had made the vast bulk of their fortune in the cotton business, but the Civil War and the boll weevil had provided a one-two pun 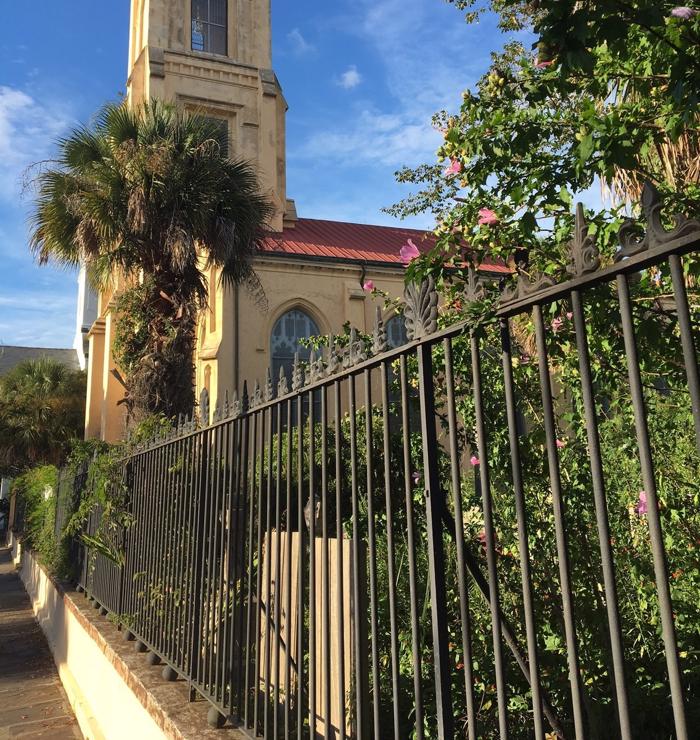 The legend of a tragic love hangs over this Bone-yard, and the players may well be familiar to you. The first was a young girl, 14 years of age, named Anna Ravenel, of the famous Lowcountry Ravenel Family. Anna was a bright, beautiful girl, and precocious enough to catch the eye of an older man, a s 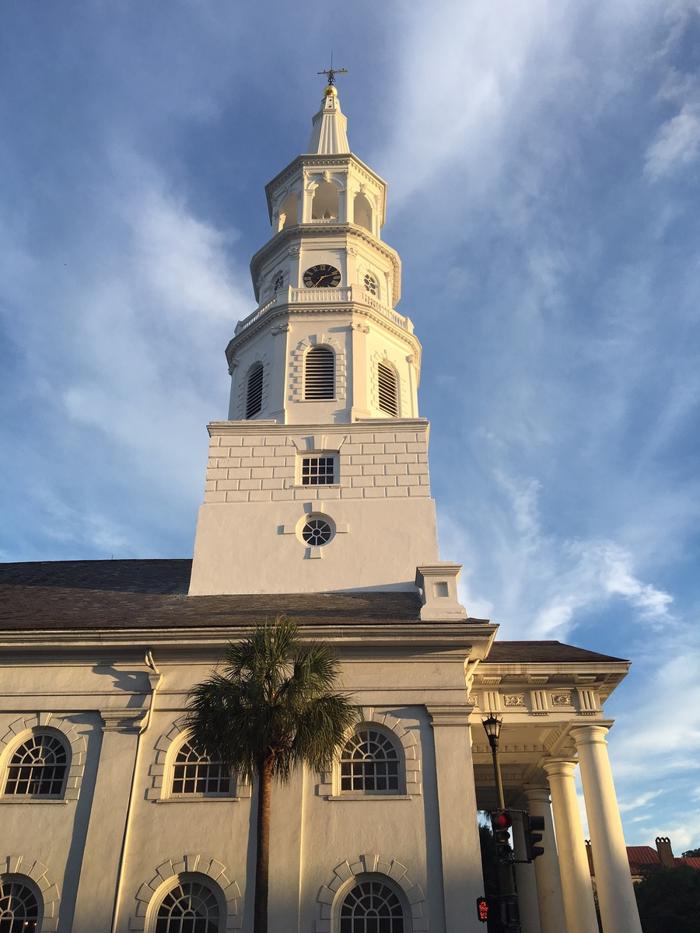 St. Michael's is the oldest Church in the City of Charleston, having been completed in the early 1760s. The church is famed for its tower clock, which is the oldest in North America. Both the clock and its bells date back to colonial times and were so prized even then that the British, retreating af