Discover the beauty of Český Krumlov

Český Krumlov is the jewel of Southern Bohemia, one of the first Czech monuments registered in UNESCO and with two million visitors a year, the second-most visited place in the Czech Republic.

Český Krumlov
Český Krumlov is the jewel of Southern Bohemia, one of the first Czech monuments registered in UNESCO and with two million visitors a year, the second-most visited place in the Czech Republic.
Take a self-guided tour 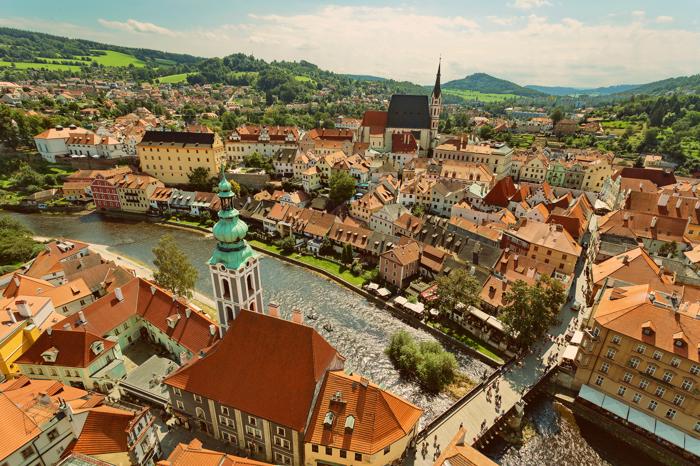 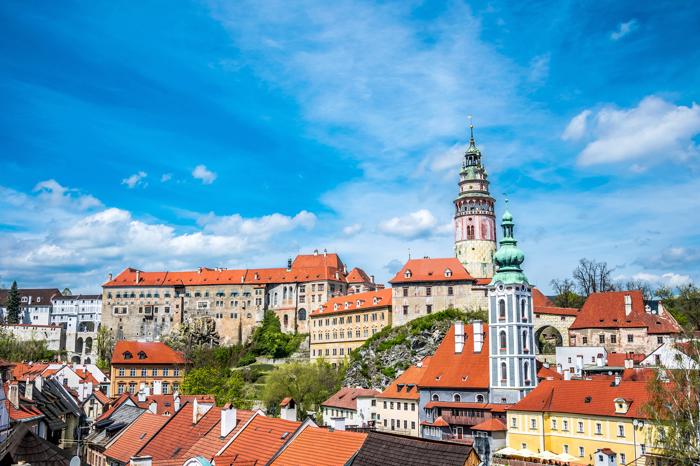 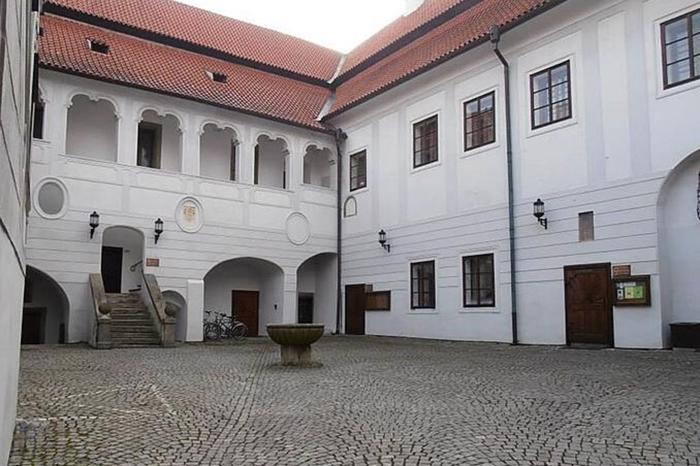 Take a walk with us from the Svornosti Square through the historic centre surrounded by meanders of Vltava up to the castle. You will explore the most beautiful places and views of Český Krumlov [Cesky Krumlov] and learn many curiosities, even if it is not your first time in Krumlov. 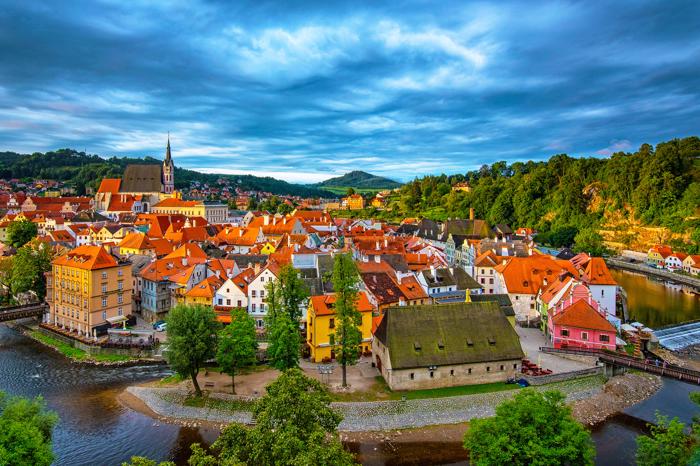 The view from V. Courtyard

The name Krumlov comes from German Krumme Aue (křivý luh in Czech), which refers to the position of the town between the serpentine meanders of Vltava river. When looking down at the town, you will surely understand why. To distinguish Krumlov from Moravský Krumlov it has acquired the 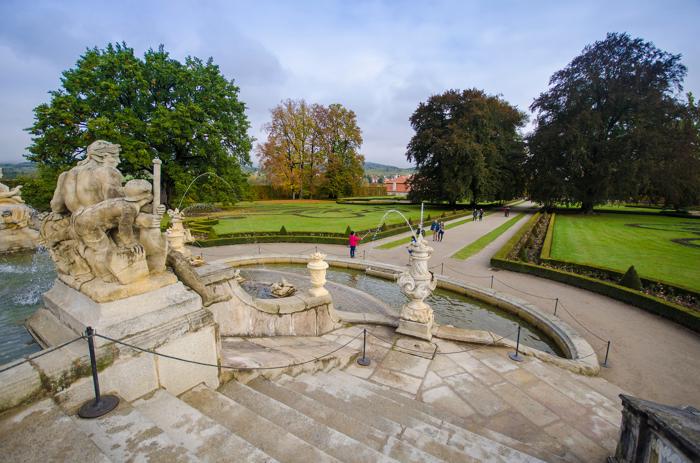 The Castle garden from the 16th century is 150m wide and 700m long. Walk from the castle into the French lower part (or lower parterre) with a playful rococo modification of Viennese style. You will probably be mostly fascinated by the Cascade Fountain here. The fountain is sculpted from imported mu 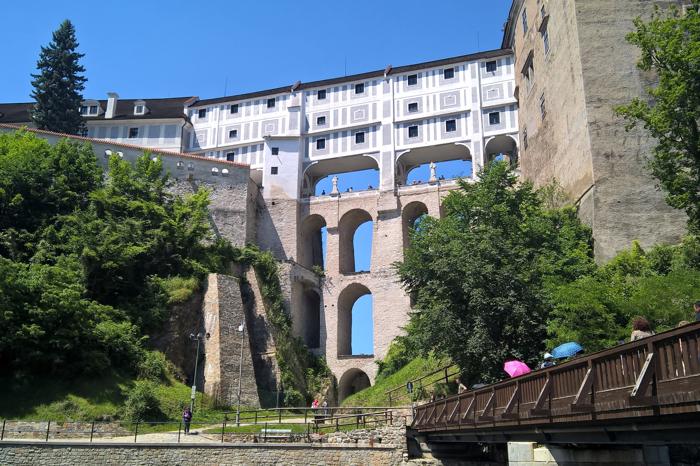 You‘ve stepped onto the architecturally unique Cloak Bridge, which replaced a wooden bridge with a drawbridge over an artificially carved deep trench beneath you in 1764. Unfortunately, it has become a popular place for suicides, who apart from themselves pose a threat also to the pedestrians 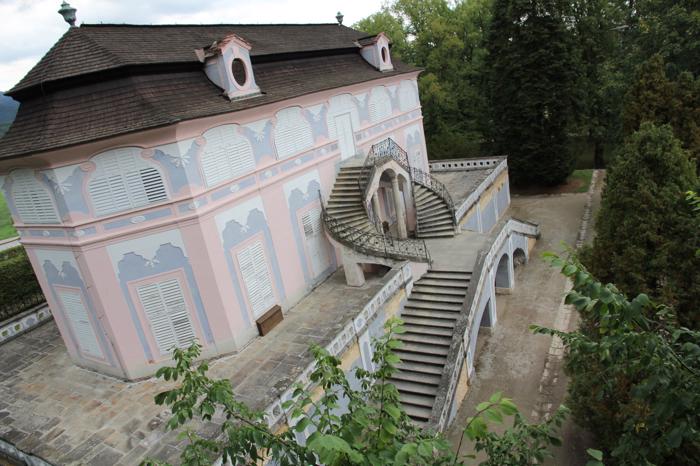 The name of the Bellarie Summer Residence was derived from the Italian word bella, a word used to describe something beautiful. In the general context, however, bellaria were called garden recreational buildings in the Baroque era that belonged to the palaces of the aristocracy. The Summer Residence 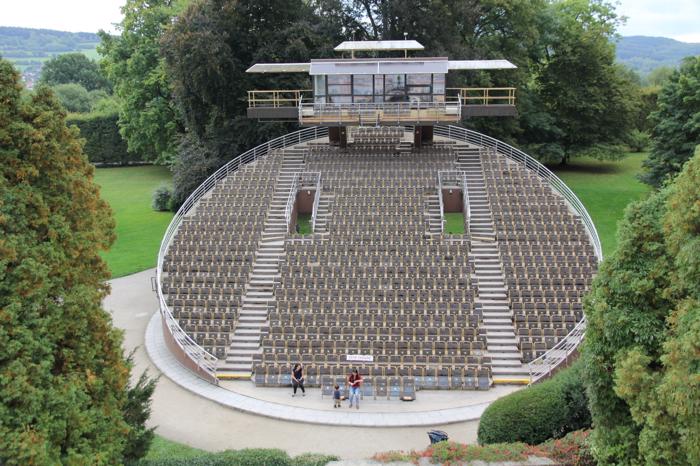 The revolving auditorium is an originally designed auditorium of the natural open air theatre, which can take the spectators to another scene with a simple twist. There is no curtain and no delays with the stage sets. The repertoire consists of adaptations of various plays from Czech fairy tales to 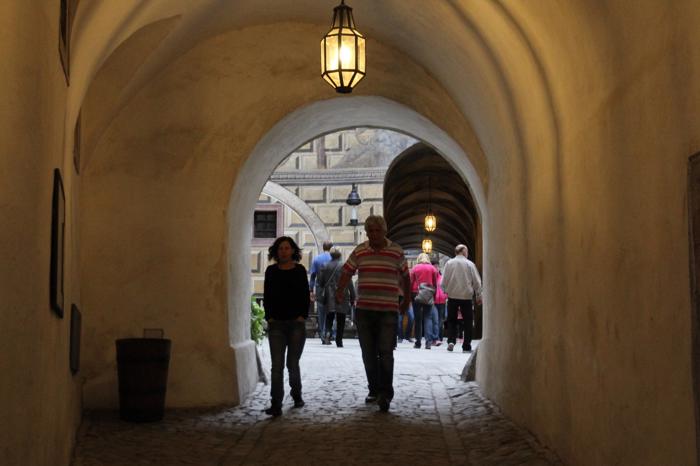 The fourth courtyard looks at the first glance very similar to the third. But what you see is just a tip of the iceberg. There are three storeys of vaulted Wenceslas cellars beneath you. You can take a look at the cellars from the ceramics exposition, which is accessible from the corridor that will 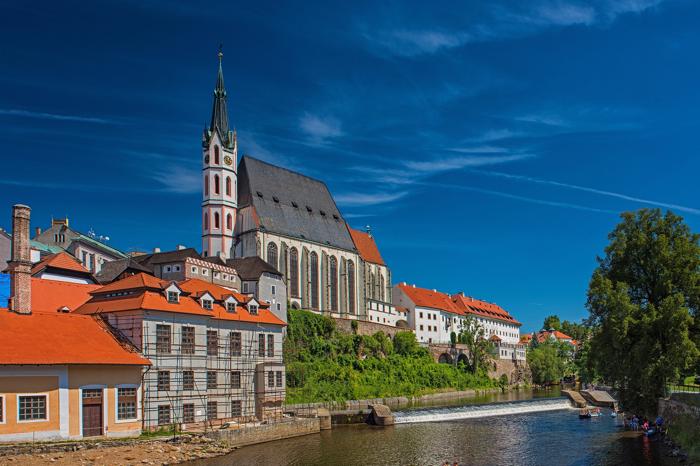 Not only the most famous cathedral in Prague is dedicated to St. Vitus, but also the most famous church in Krumlov. This gothic church doesn’t share with the cathedral just the patron, but also a unique net vault of Parler- type, which you cannot overlook inside. Although the church is of a la

We‘re standing in the yard of the Town Library, which was built on a site previously occupied by a brewery. You can learn in books that the tradition of beer brewing in Český Krumlov dates back to the very beginning of the town. The increasing demand for this hop beverage led to the fou 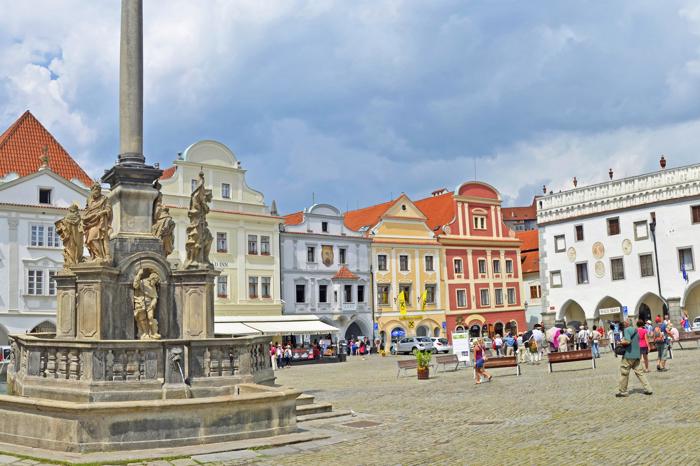 Svornosti Square is the heart of Český Krumlov and it has been standing its ground unchanged since the twelfth century. Many hearts are beating here especially in May, when the square is renamed Love Square. There is a blooming tree, under which all that are in love declare their affection.Th

Perhaps you didn’t know that Český Krumlov was originally two cities. The part, in which we are standing right now, was called Krumlov. Lower castle that you can see on the other side of the river, used to be an independent city called Latrán in the Middle Age. Latrán Latr 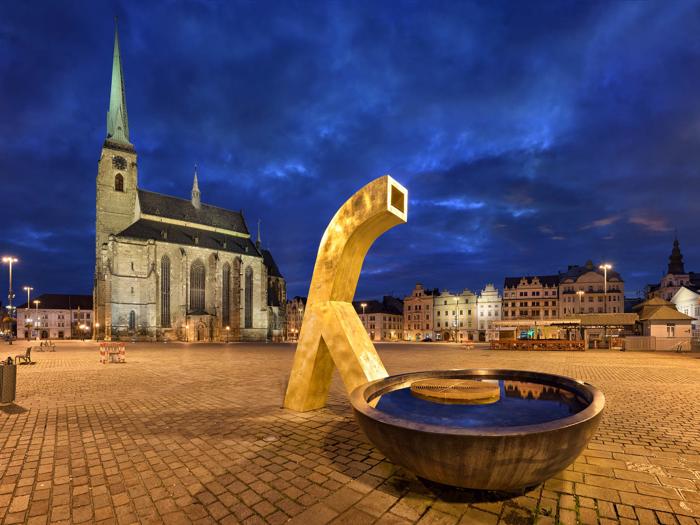 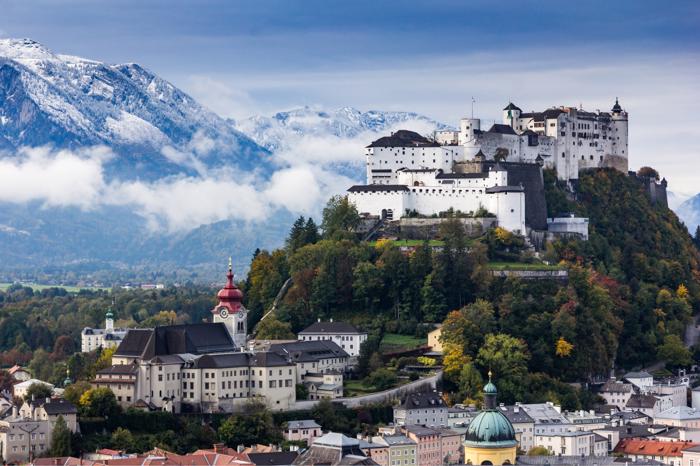 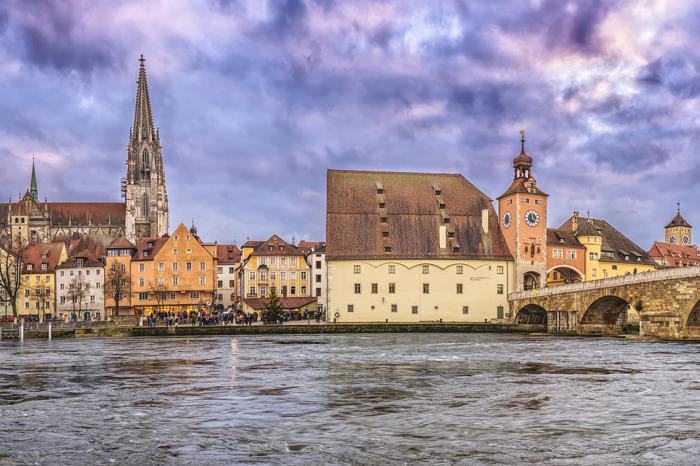 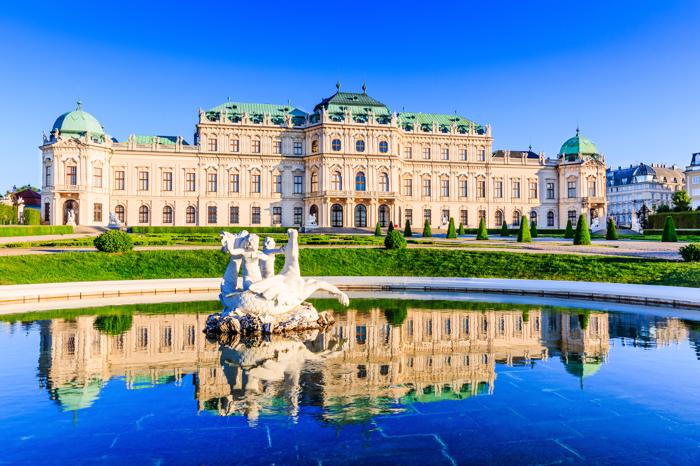 Take a walk down the Baroque-style streets of Vienna and get lost in the magnificent views and landscaping. This historic scene is full of artistic an 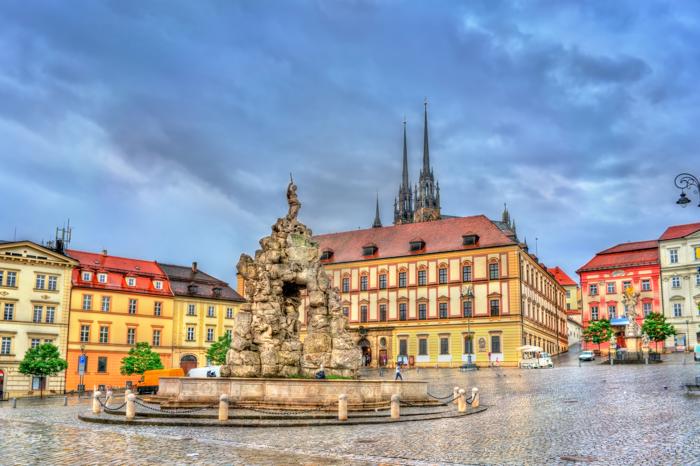