Discover the beauty of Bucharest

This dynamic and energetic city is lots of fun for anyone to enjoy! Stroll through the parks, catch some famous museums, and make sure to check out one of the many cafes this intricate city has to offer. Communism has changed the face of this city, so make sure to check out the parliament to witness history in the making! Bucharest is the capital and largest city of Romania, as well as its cultural, industrial, and financial centre. It is located in the southeast of the country. Bucharest was first mentioned in documents in 1459. It became the capital of Romania in 1862 and is the cen

Bucharest
This dynamic and energetic city is lots of fun for anyone to enjoy! Stroll through the parks, catch some famous museums, and make sure to check out one of the many cafes this intricate city has to offer. Communism has changed the face of this city, so make sure to check out the parliament to witn
Take a self-guided tour 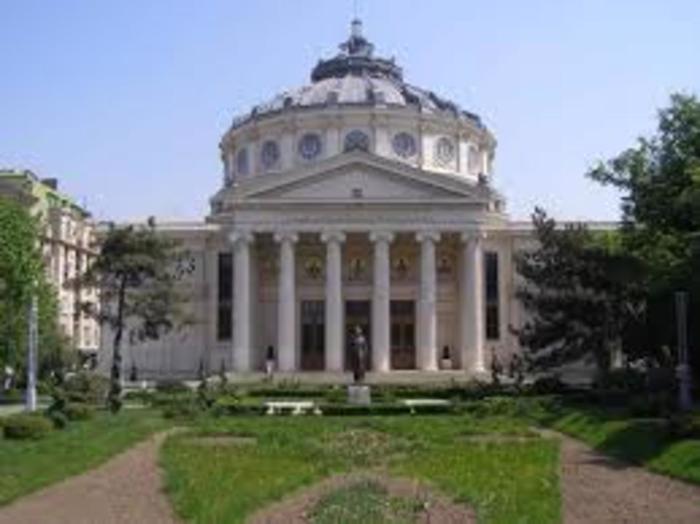 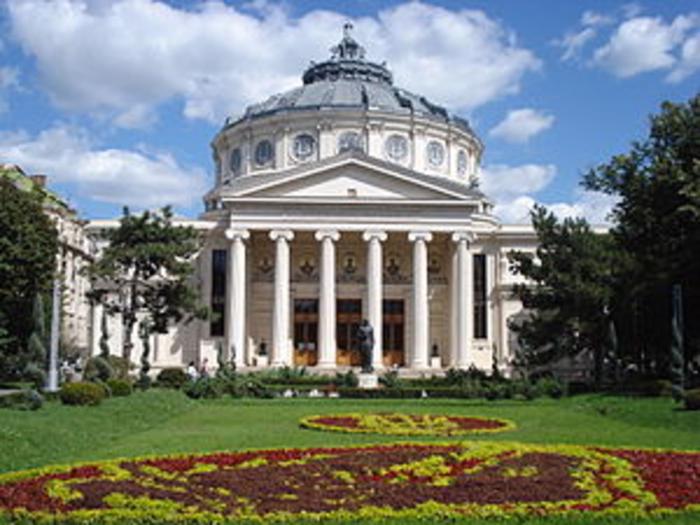 This tour starts from The Roman Square (look for the Metro Station) and takes you through the most iconic and interesting places in Bucharest, on Victory Road, going to the University Square and into the Old City Center. You will stop in the middle of the “Civic Center” built by Ceausescu where you can choose to continue walking and visit The Palace of Parliament or return to one of the many the pubs, restaurants and souvenir shops in the Old City [email protected] SNAGOV Tur SRL - www.snagov.ro 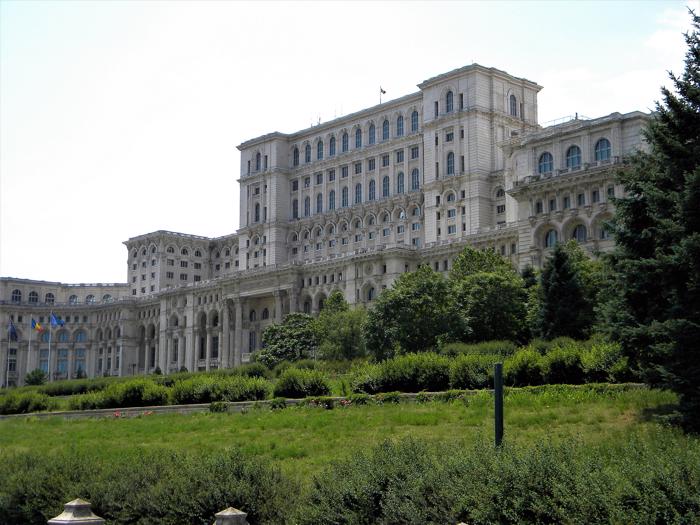 Palace of the Parliament 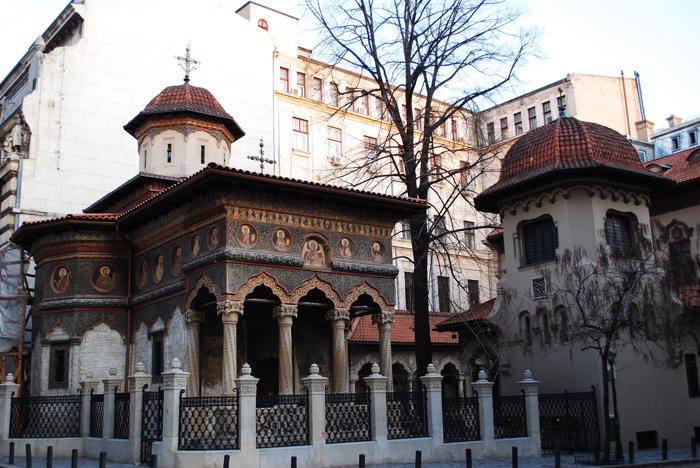 Stavropoleos Monastery, also known as Stavropoleos Church during the last century when the monastery was dissolved, is an Eastern Orthodox monastery for nuns in central Bucharest, Romania. Its church is built in Brâncovenesc style. The patrons of the church are St. Archangels Michael and Gabriel. Th 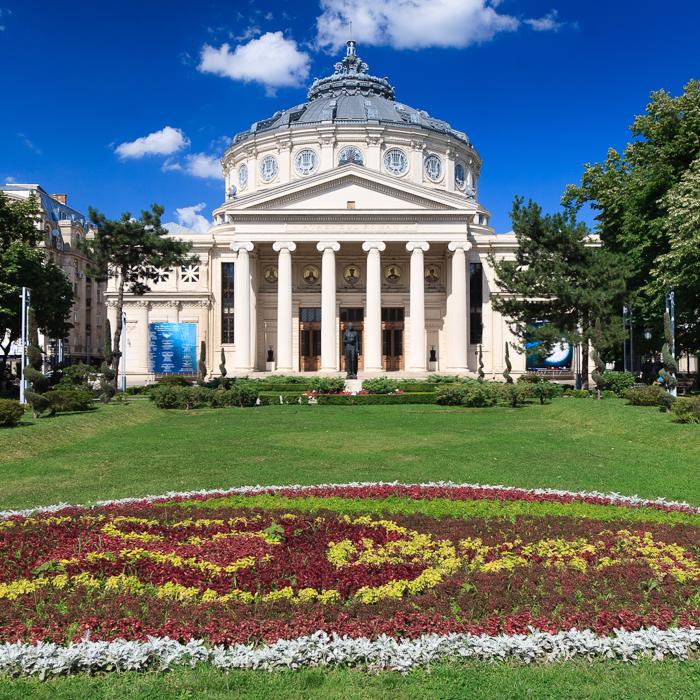 The Romanian Athenaeum is a concert hall in the center of Bucharest, Romania and a landmark of the Romanian capital city. Opened in 1888, the ornate, domed, circular building is the city's main concert hall and home of the "George Enescu" Philharmonic and of the George Enescu annual international mu 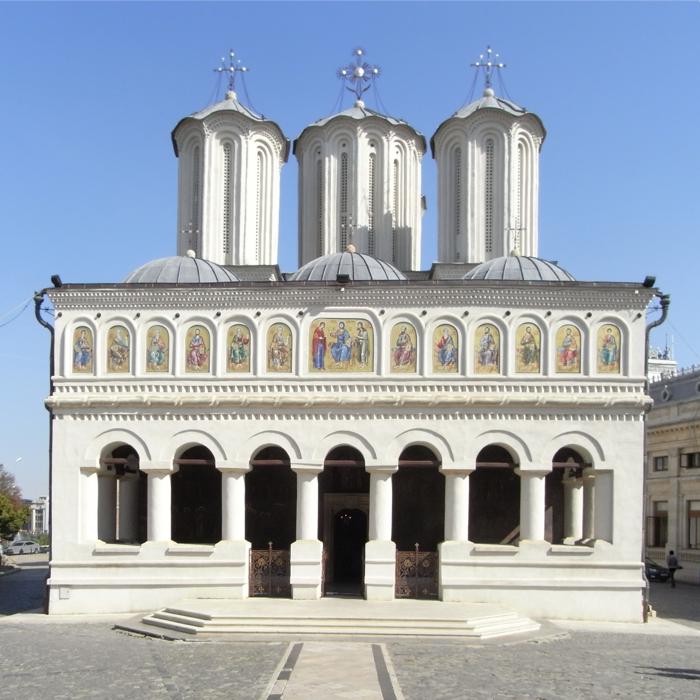 The Romanian Orthodox Patriarchal Cathedral is a functioning religious and civic landmark, on Dealul Mitropoliei, in Bucharest, Romania. It is located near the Palace of the Chamber of Deputies of the Patriarchate of the Romanian Orthodox Church. Since it is a working cathedral, it is the site of m 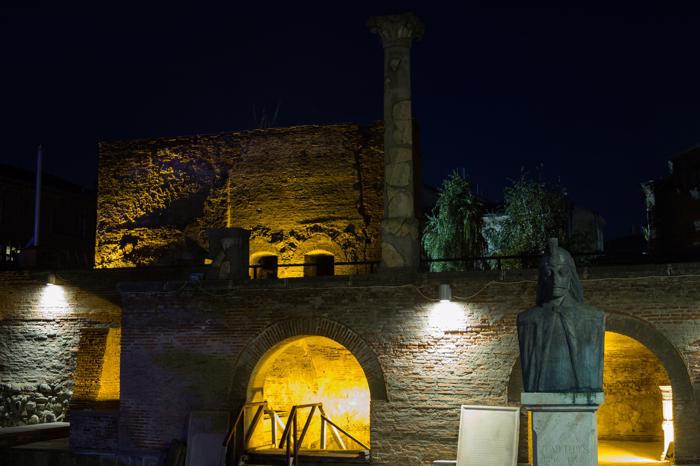 Curtea Veche was built as a palace or residence during the rule of Vlad III Dracula in 1459. Archaeological excavations started in 1953, and now the site is operated by the Muzeul Municipiului Bucuresti in the historic centre of Bucharest, Romania. 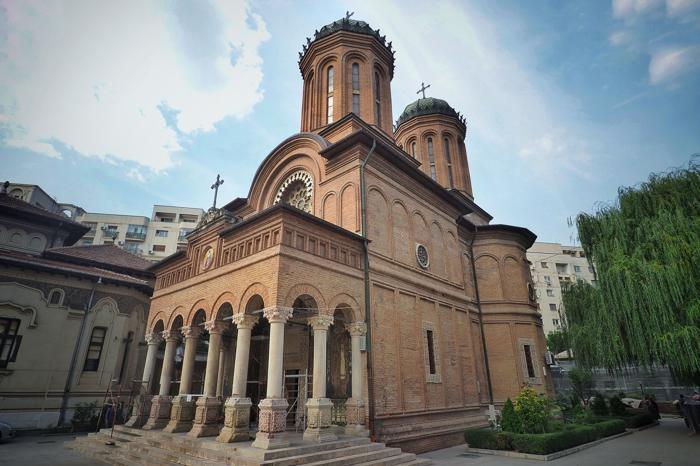 The Antim Monastery is located in Bucharest, Romania on Mitropolit Antim Ivireanu Street, no. 29. It was built between 1713 and 1715 by Saint Antim Ivireanu, at that time a Metropolitan Bishop of Wallachia. The buildings were restored by Patriarch Justinian Marina in the 1950s. As of 2005, there are 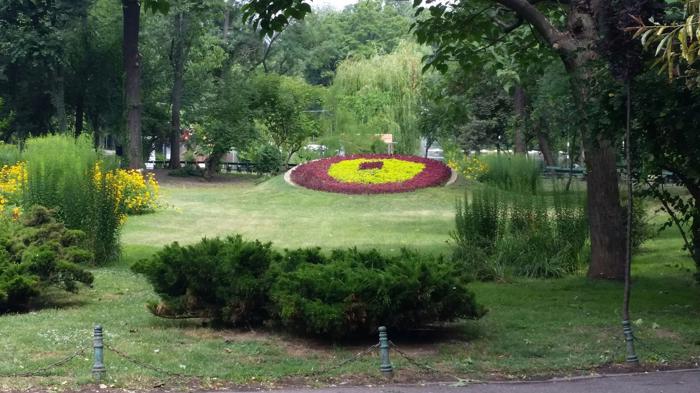 The Cișmigiu Gardens or Cișmigiu Park are a public park near the center of Bucharest, Romania, spanning areas on all sides of an artificial lake. The gardens' creation was an important moment in the history of Bucharest. They form the oldest and, at 16 hectares, the largest park in city's central ar 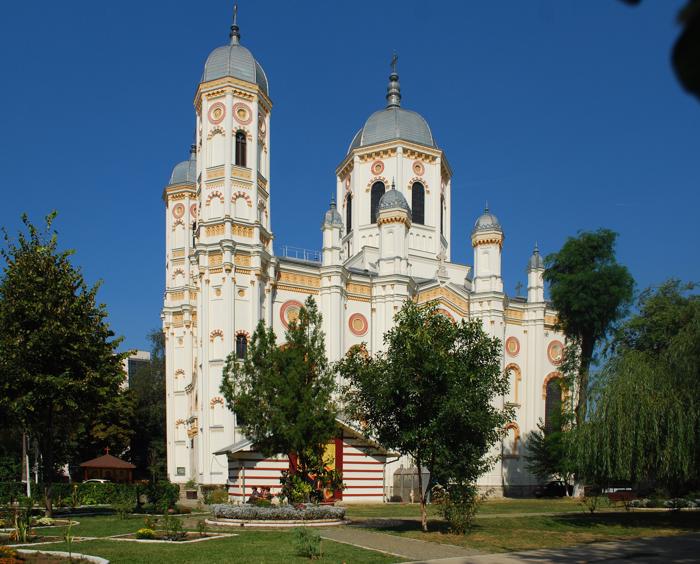 The Saint Spyridon the New Church is a Romanian Orthodox church in Bucharest, Romania on Calea Șerban Vodă, no. 29. Originally built with gothic influences in 1860, it was strongly modified by Patriarch Justinian. 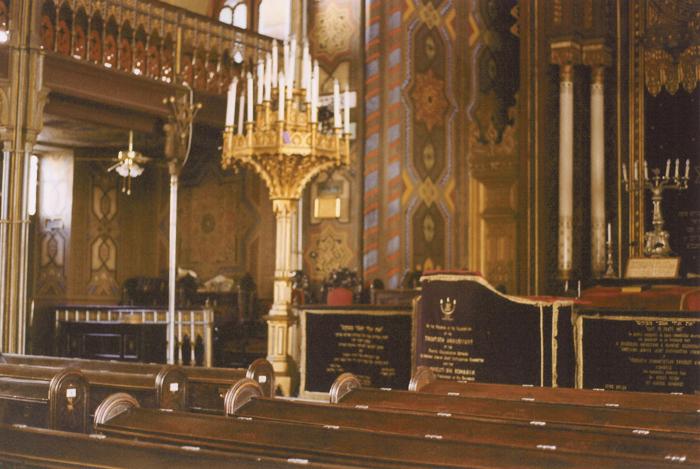 The Choral Temple is a synagogue located in Bucharest, Romania. It is a copy of Vienna's Leopoldstadt-Tempelgasse Great Synagogue, which was raised in 1855-1858. It was designed by Enderle and Freiwald and built between 1864 - 1866. The synagogue was devastated by the far-right Legionaries, but was 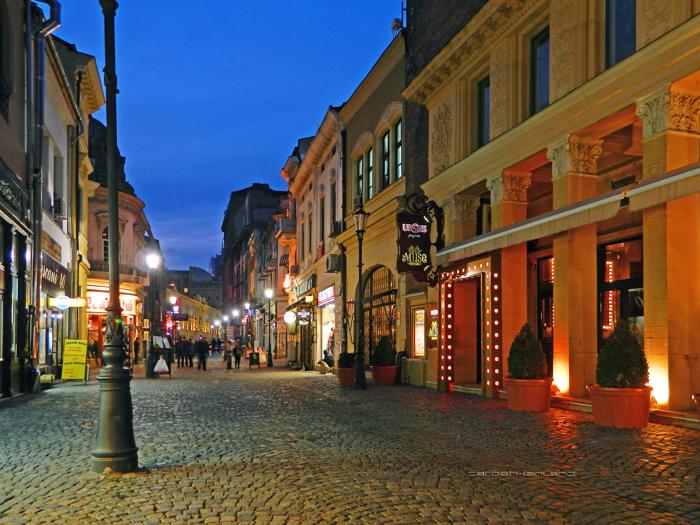 Lipscani is a street and a district of Bucharest, Romania, which from the Middle Ages to the early 19th century was the most important commercial area of the city and Wallachia. It is located near the ruins of the old Princely Court built by Vlad III the Impaler.

The so-called the "Pearl of the Black Sea" stands as one of Europe's oldest cities, according to some sources over 5,000 years old. Now a UNESCO Wo