Discover the beauty of Ballarat

Gold is what comes to everyone’s mind when thinking of Ballarat. Even after the gold rush, this town is one of the greatest gold-mining towns. The biggest must here is the recreated gold mining village at Sovereign Hill!

Ballarat
Gold is what comes to everyone’s mind when thinking of Ballarat. Even after the gold rush, this town is one of the greatest gold-mining towns. The biggest must here is the recreated gold mining village at Sovereign Hill!
Take a self-guided tour 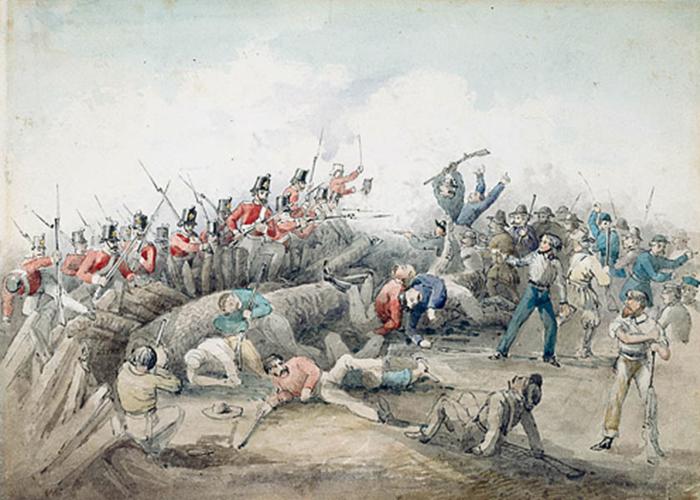 Heart of the Nation: Emotive Performance of the Eureka Story, Our Story
Get the app
Start exploring right now: 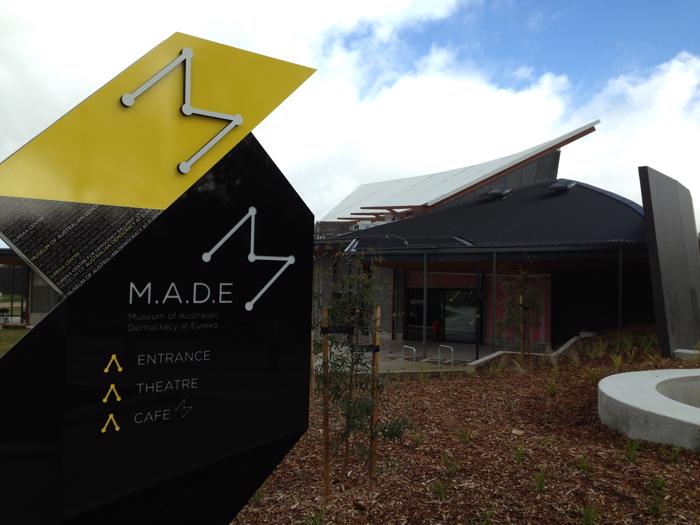 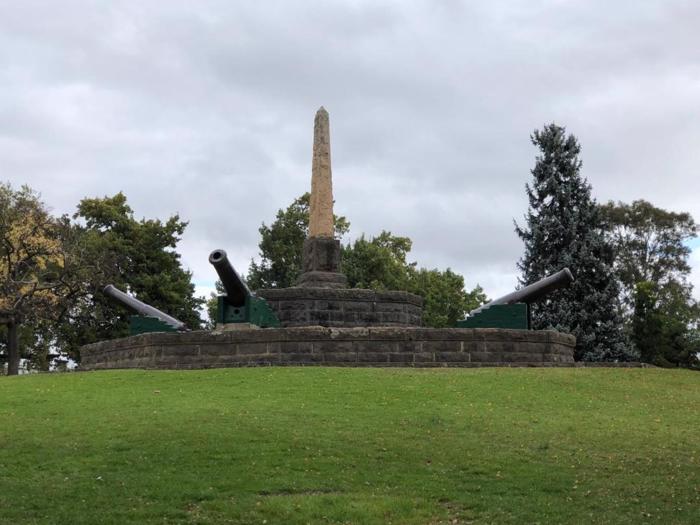 Heart of the Nation: Emotive Performance of the Eureka Story, Our Story

Eureka! - a cry of joy or satisfaction when one finds or discovers something. The discovery of gold within the region of Victoria in the 1850's saw an influx of immigrants to the area, particularly to the town of Ballarat, in their pursuit of wealth and glory in the Victorian age of progression and innovation. However, with many aspiring to find gold, this sudden influx of population led to attempts to capitalise on this cultural shift. The influential undertones which would later erupt into a battle in Ballarat on 3rd December 1854.A story of contested sites, a 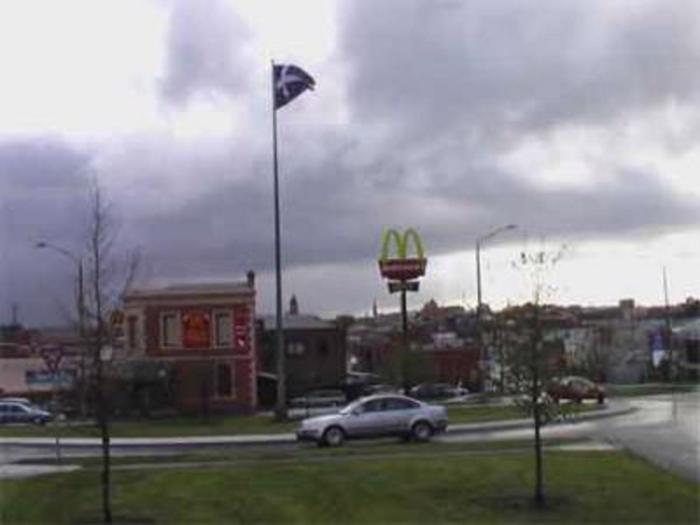 Our tour starts at Bakery Hill in the bustling centre of Ballarat. As you see the large yellow Mcdonalds sign looming behind a symbol of democracy and freedom, it's hard to believe that this was a site of community gatherings in the late 1800's. During the gold rush, the Bakery Hill region was a poi

Home of the Eureka Flag

The Eureka Centre, which is the new name proposed by the Ballarat Council after the decision was made to close the previously named Museum of Australian Democracy at Eureka (MADE). [1] The Eureka Flag is still an exhibit on site, providing visitors with the opportunity to view a tangible reminder of

As we walk towards the west side of the gardens, you will see a large monument just over the hill. A large blue stone monument, an obelisk rising to the sky and four canons at each point. The monument, costing $129 pounds, was erected in 1869 by the Ballarat East Council during the in 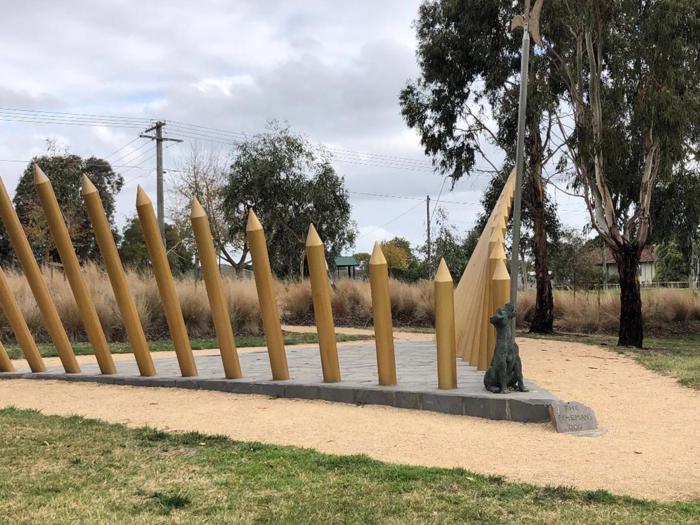 Now on the eastern side of the gardens, you will see yellow spikes with a small lone dog sitting before you. This is known as the Pikeman's Dog monument.To signify the role of monuments in reaffirming cultural and emotional connections to identity, this monument further highlights that identity 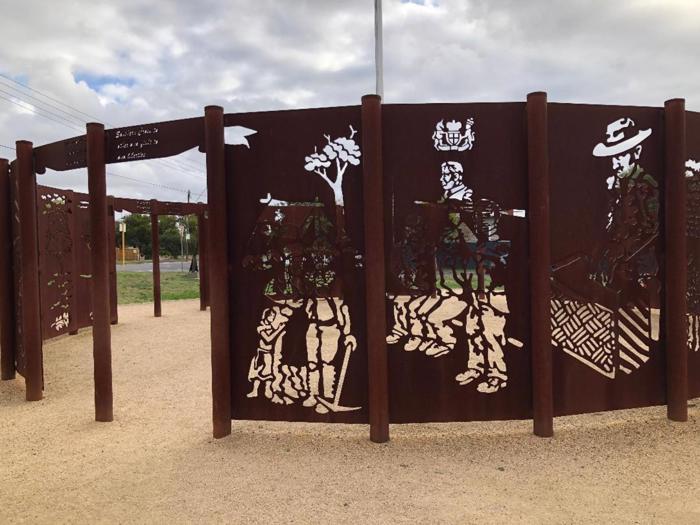 Just a short walk from the previous monument comes one of the most recent additions to the memory of Eureka. The Eureka Circle erected in 2004 and supported by the City of Ballarat and the Victorian Government's Regional Infrastructure Development Fund, was in commemoration of the 250th an 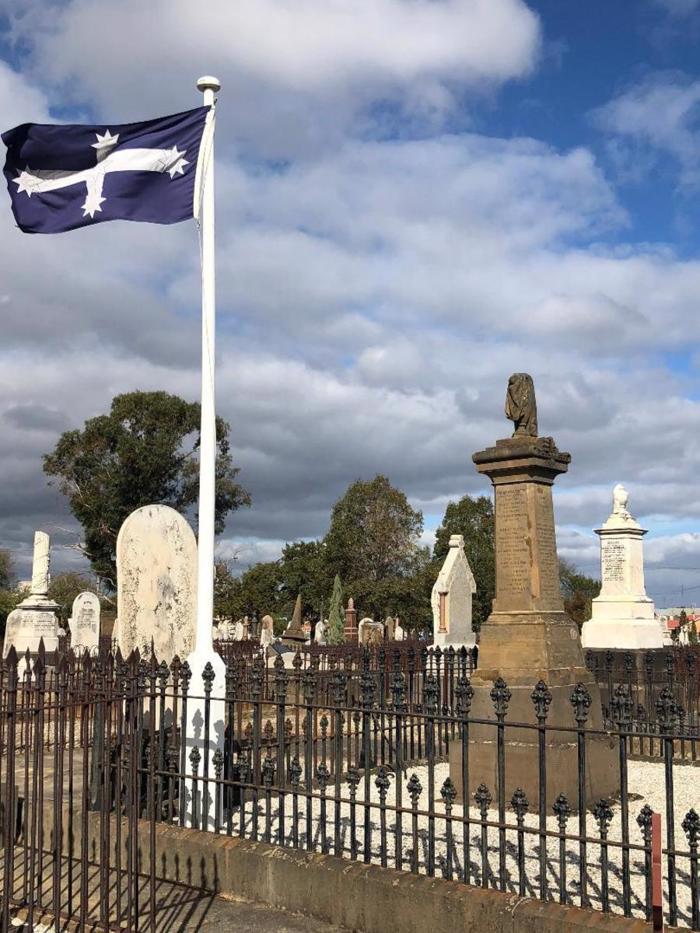 After a long treck back through the Ballarat cityscape, you have arrived at a gated resting place, the old Ballarat Cemetary. Think about the distance you just travelled from the gardens, this was the final journey taken by the fallen soldiers and miners of the Eureka Stockade. This will be the fina 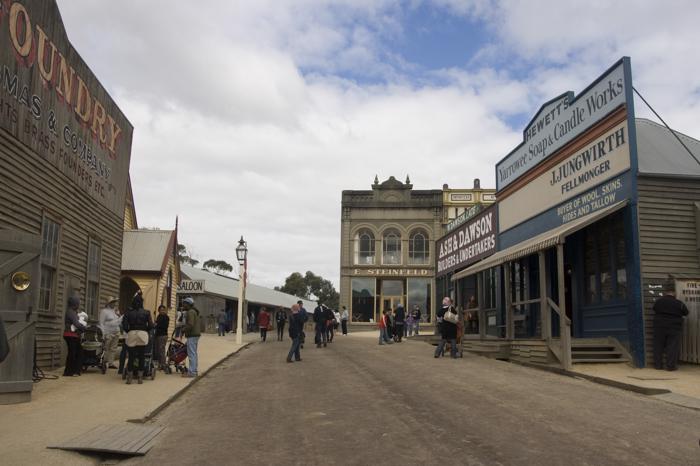 Sovereign Hill is an open-air museum in Golden Point, a suburb of Ballarat, Victoria, Australia. Sovereign Hill depicts Ballarat's first ten years after the discovery of gold there in 1851. It was officially opened on 29 November 1970 and has become a nationally acclaimed tourist attraction. It is 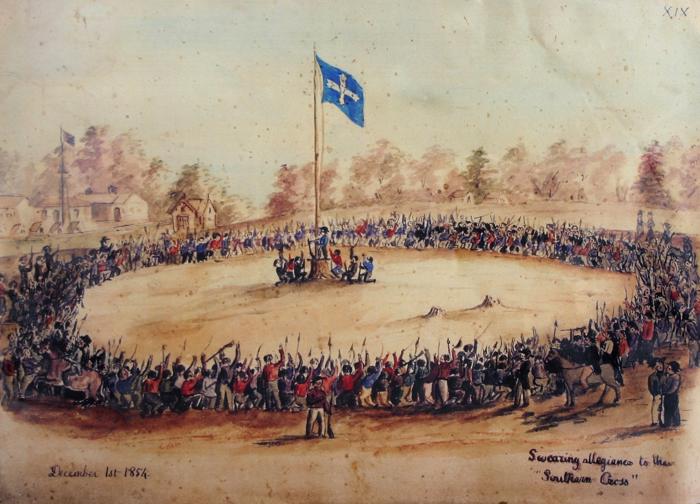 The Eureka Rebellion was a rebellion in 1854, instigated by gold miners in Ballarat, Victoria, Australia, who revolted against the colonial authority of the United Kingdom. It culminated in the Battle of the Eureka Stockade, which was fought between miners and the colonial forces of Australia on 3 D 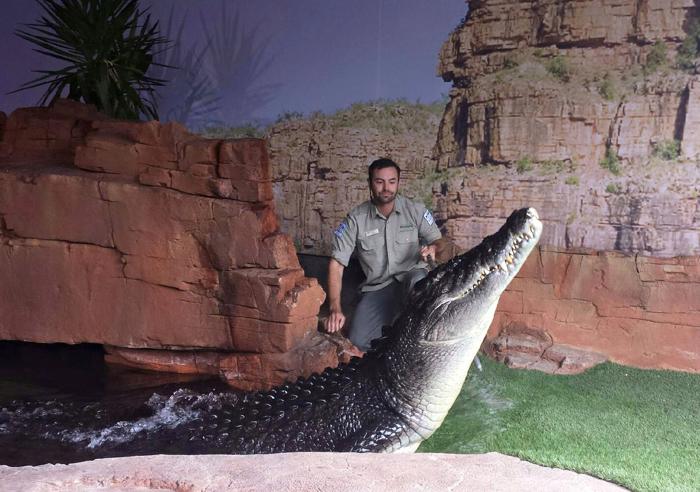 Ballarat Wildlife Park is an interactive wildlife park situated in Ballarat, Australia which was opened by Greg Parker in 1987. The Park is situated on 37 acres of natural bush land. 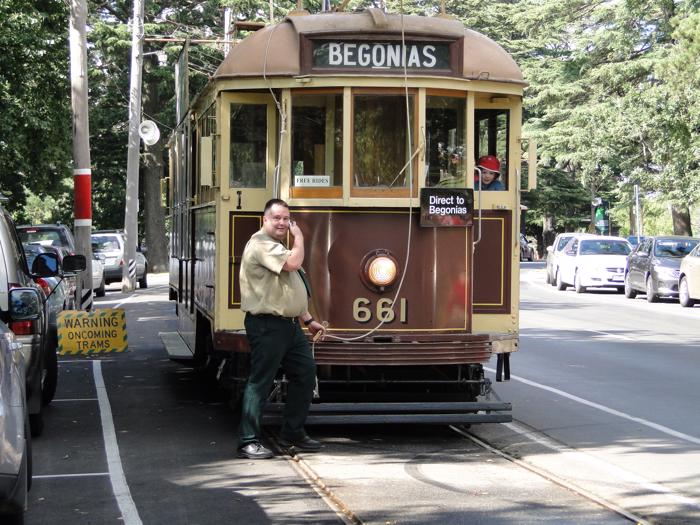 The Ballarat Tramway Museum is an operating tramway museum, located in Ballarat, Victoria, Australia. The museum is run by volunteers and has a fleet of trams which operate on part of the original horse tramway around Lake Wendouree and the Botanical Gardens. It has a large research collection, arch