Discover the beauty of Auckland

Known for its many islands and volcanic cones, Auckland has more to offer than its beautiful coastline of beaches. The city is popular for its multi-cultural scene for the arts and a great number of trendy bars and cafes. 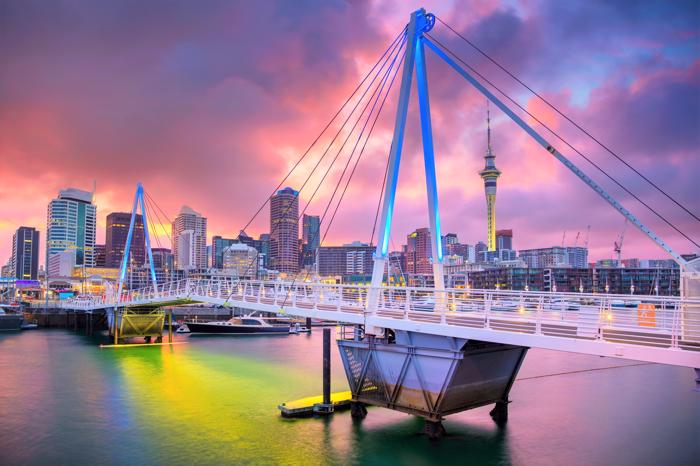 Auckland
Known for its many islands and volcanic cones, Auckland has more to offer than its beautiful coastline of beaches. The city is popular for its multi-cultural scene for the arts and a great number of trendy bars and cafes.
Take a self-guided tour 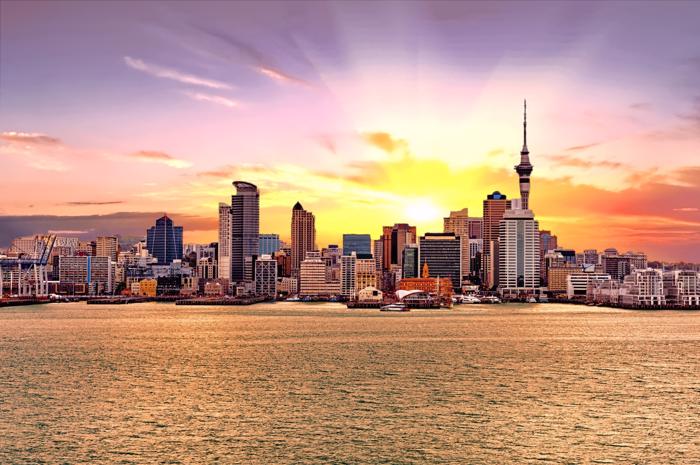 The Best of Auckland
Get the app
Start exploring right now: 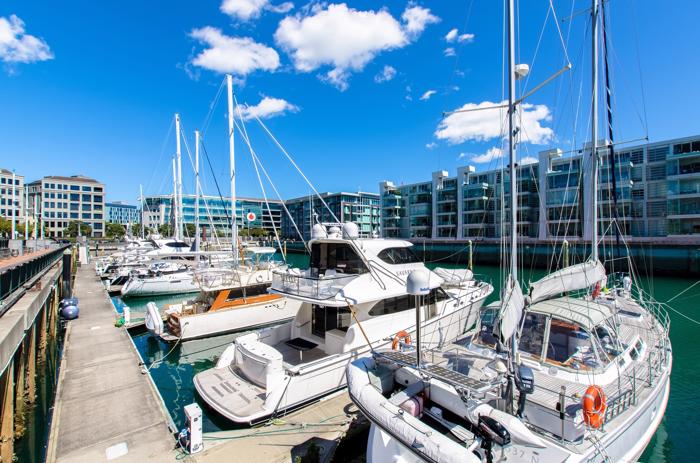 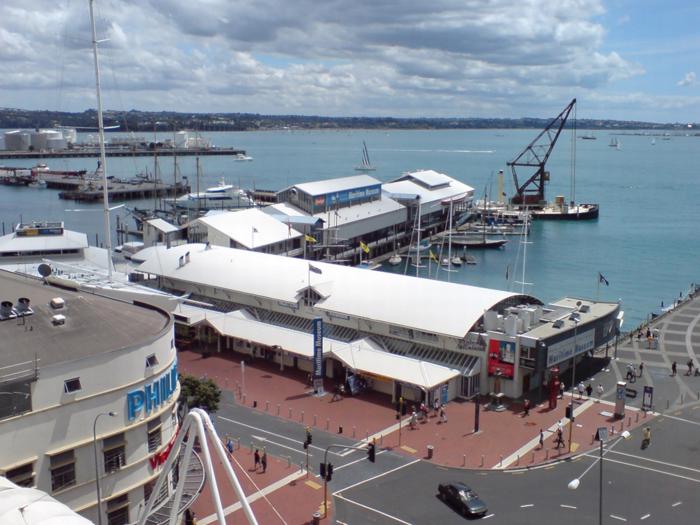 The Best of Auckland

Nao mai ki Akarana! Welcome to Auckland! This tour aims to take you around the best that New Zealand's largest city has to offer to learn a bit of its history through the lovely sights, parks, and suburbs. The interactions between the European settler culture and the local Maori tribes played a big role in the city's founding.The entire tour takes up to 4 and a half hours, so don't hesitate to take regular breaks. For public transport, all the stops in the tour are within reach of the Inner Link, Outer Link and City Link bus lines. Here's a link to the 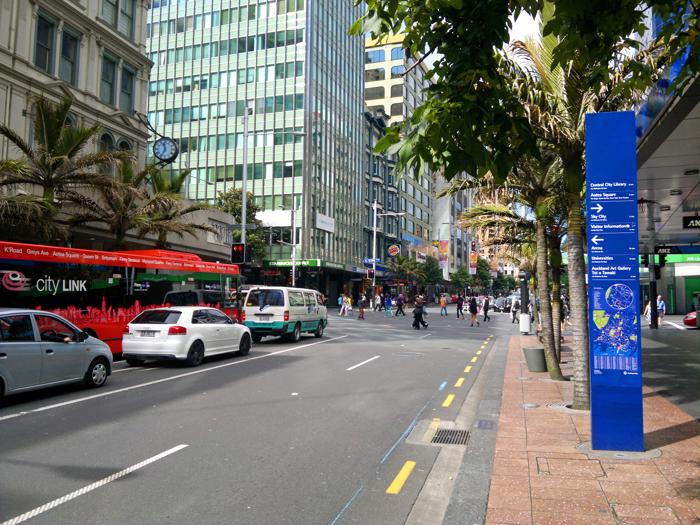 Queen Street is the major commercial thoroughfare in the Auckland CBD, Auckland, New Zealand's main population centre. It starts at Queens Wharf on the Auckland waterfront, adjacent to the Britomart Transport Centre and the Downtown Ferry Terminal, and runs increasingly more steeply uphill for almos 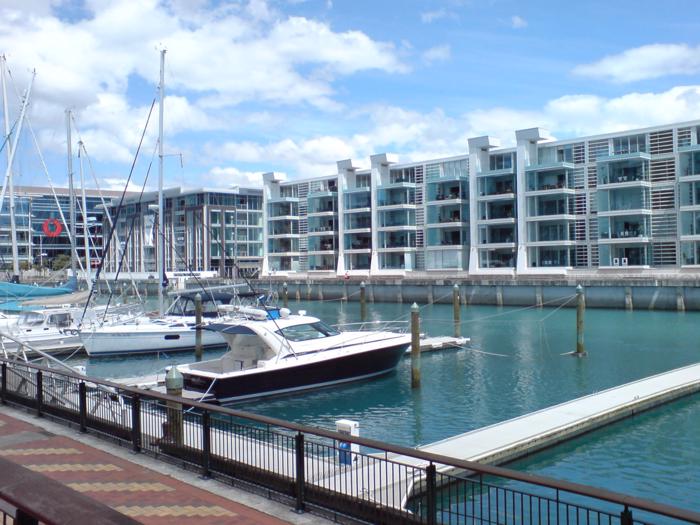 Viaduct Harbour, formerly known as Viaduct Basin, is a former commercial harbour on the Auckland waterfront that has been turned into a development of mostly upscale apartments, office space and restaurants. It is located on the site of a formerly run-down area of the Freemans Bay / Auckland CBD wat 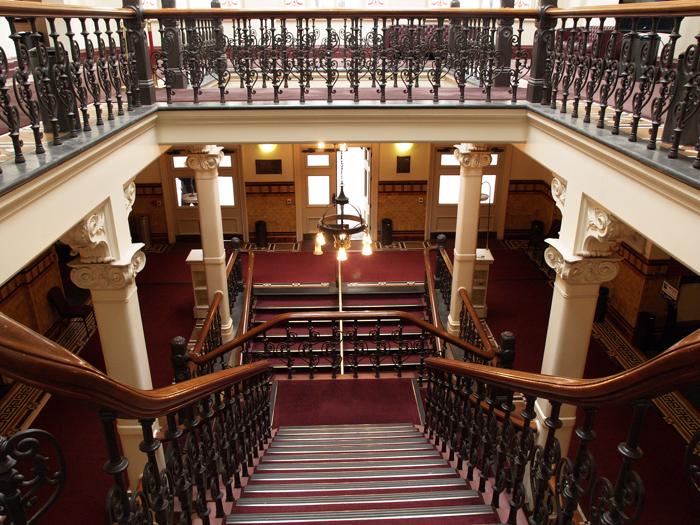 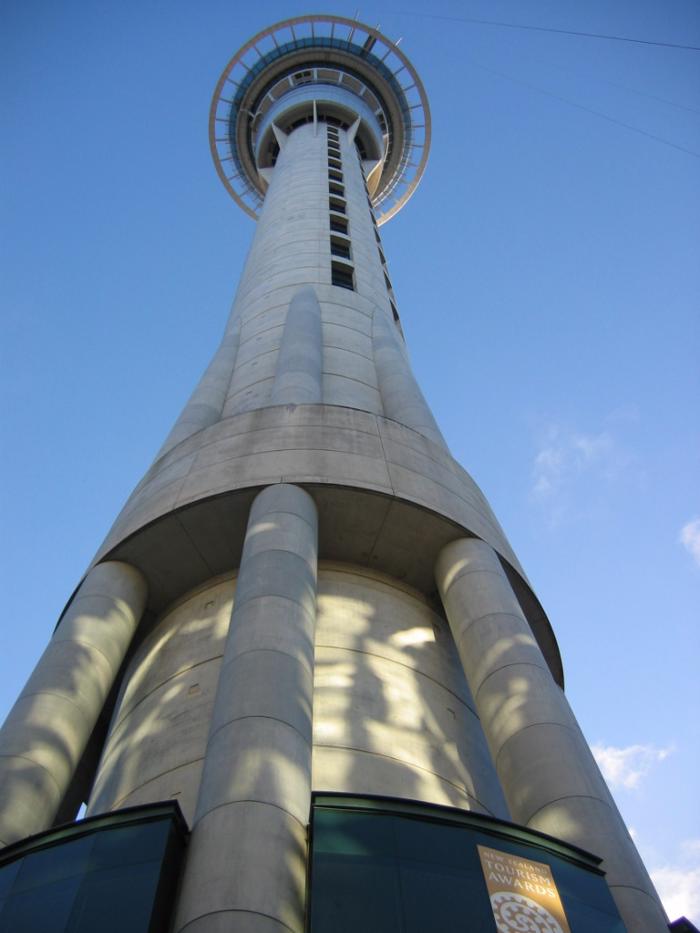 The Sky Tower is a telecommunications and observation tower in Auckland, New Zealand. Located at the corner of Victoria and Federal Streets within the city's CBD, it is 328 metres tall, as measured from ground level to the top of the mast, making it the tallest freestanding structure in the Southern

Maungakiekie / One Tree Hill is a 182-metre volcanic peak in Auckland, New Zealand. It is an important memorial place for both Māori and other New Zealanders. The suburb around the base of the hill is also called One Tree Hill. It is surrounded by the suburbs of Royal Oak to the west, and clockwise, 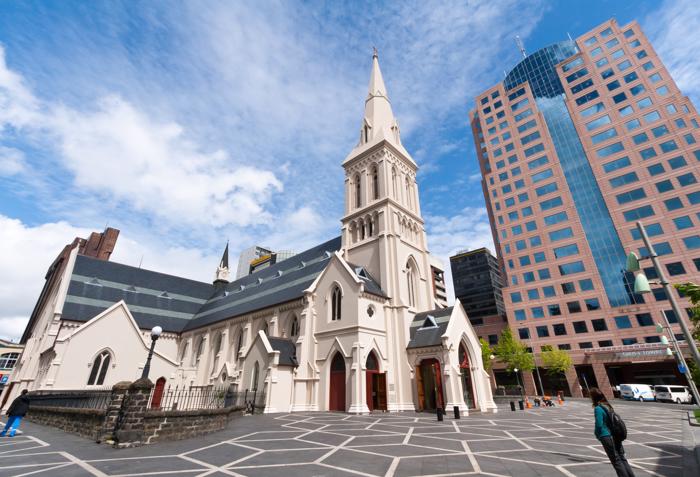 The Cathedral of St Patrick and St Joseph is a Catholic church in Auckland CBD, situated on the corner of Federal Street and Wyndham St. It is the mother church of the Roman Catholic Diocese of Auckland and the cathedral of the Bishop of Auckland. It was founded by Bishop Jean Baptiste Pompallier, t 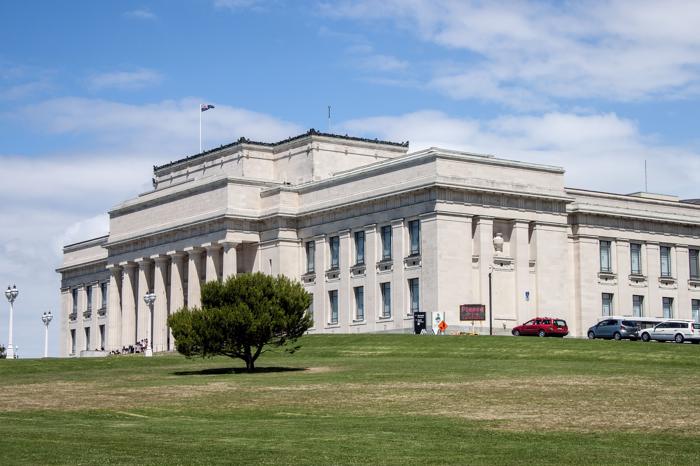 The Auckland War Memorial Museum Tāmaki Paenga Hira is one of New Zealand's most important museums and war memorials. Its collections concentrate on New Zealand history, natural history, and military history. The museum is also one of the most iconic Auckland buildings, constructed in the neo-class 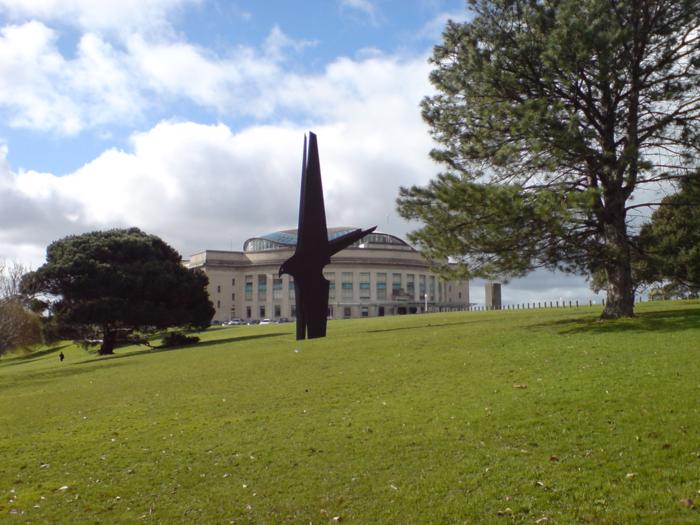 The Auckland Domain is Auckland's oldest park, and at 75 hectares one of the largest in the city. Located in the central suburb of Grafton, the park contains all of the explosion crater and most of the surrounding tuff ring of the Pukekawa volcano.The park is home to one of Auckland's main tourist a 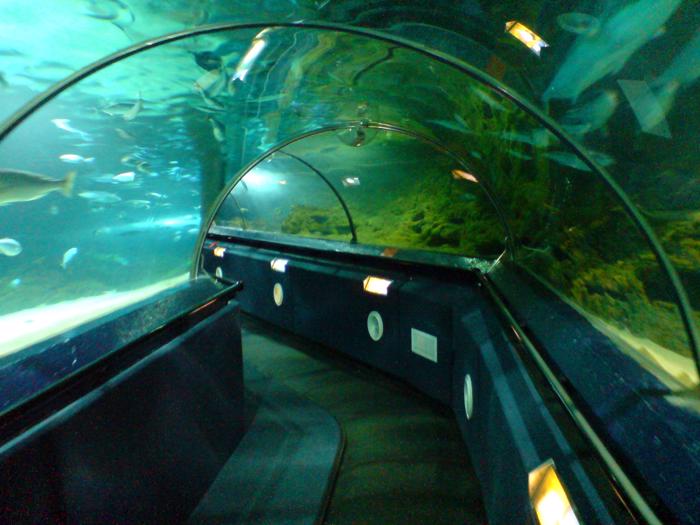 Kelly Tarlton's Sea Life Aquarium is a public aquarium in Auckland, New Zealand that was opened in 1985. Located at 23 Tamaki Drive, it was the brainchild of New Zealand marine archaeologist and diver Kelly Tarlton.Built in disused sewage storage tanks, the aquarium used a new form of acrylic shapin 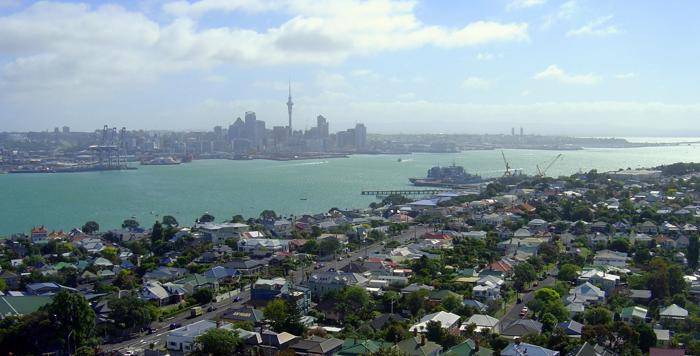 Devonport is a harbourside suburb of Auckland, New Zealand. It is located on the North Shore, at the southern end of a peninsula that runs southeast from near Lake Pupuke in Takapuna, forming the northern side of the Waitematā Harbour. East of Devonport lies North Head, the northern promontory guard 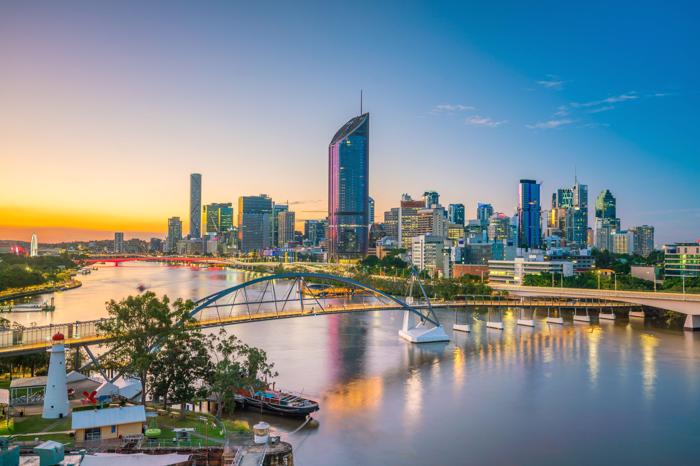 Located on the Brisbane River, this city is the capital of Queensland. Take a river cruise, tour the Queensland Gallery of Modern Art, and visit the B 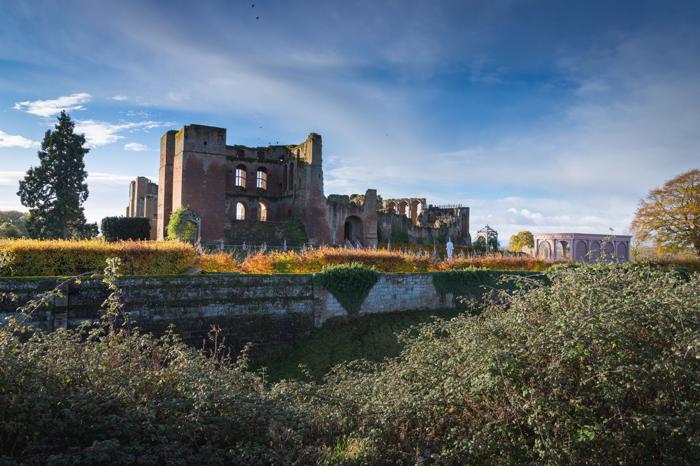