Discover the beauty of Alexandrov

Alexandrov
Walking through Alexandrov is like taking a journey across a seventeen-year timeline back when Ivan the Terrible made this town his home.
Take a self-guided tour 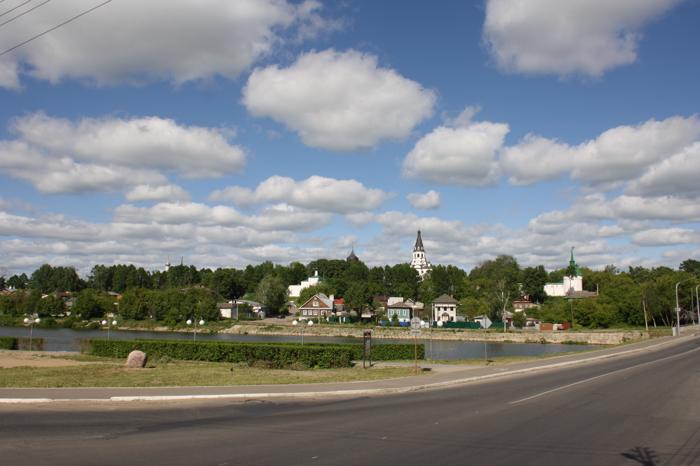 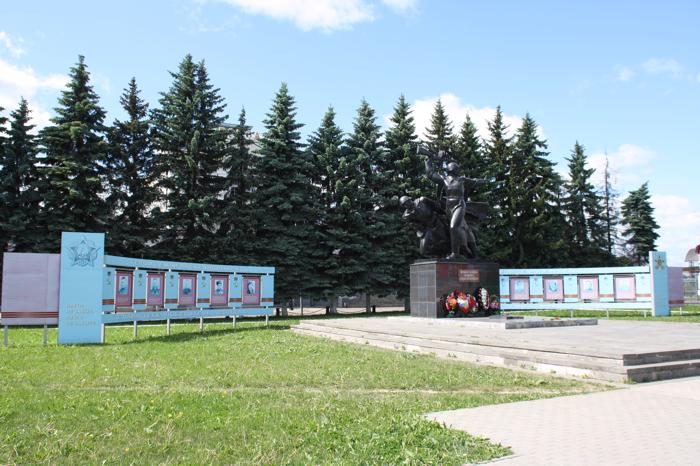 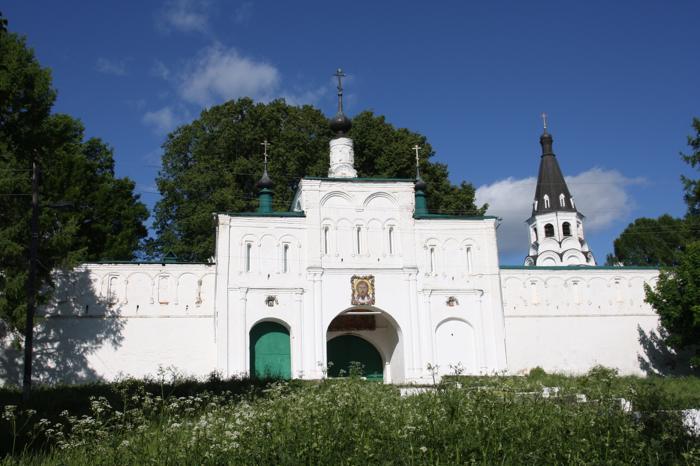 The city of Alexandrov is the administrative center of the Aleksandrovsky district of the Vladimir region. It is located a hundred and ten kilometers to the north-east of Moscow.There are many versions of the origin of the cities name, but the most credible one is that the city sprang up on the site where Alexander Nevsky's squad usually stood when he visited his father Yaroslav, who reigned in the neighboring Pereyaslavl-Zalessky.But the main turn in the city history occurred in the middle of the 16th century, when Alexandrovskaya Sloboda, sloboda meaning “settlement&rd 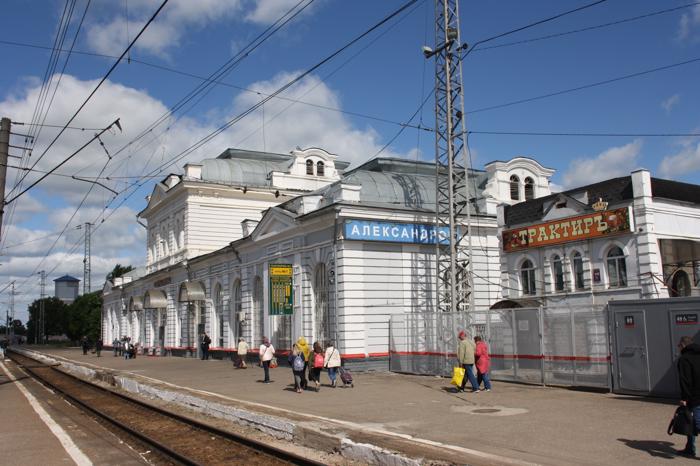 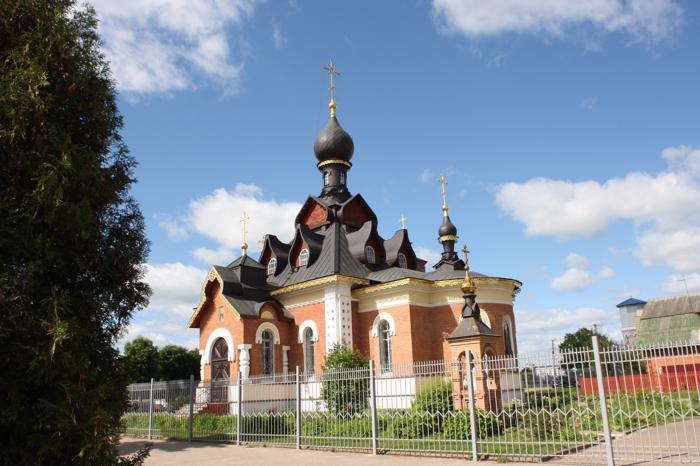 Near the station building there is the church of Seraphim of Sarov, built in memory of the miraculous rescue of the tsar's family of Alexander III during the train crash near the station Borki near Kharkov that happened in October 1888 when the royal family was returning from Crimea to St. Petersbur

Between the railway station building and the church of Seraphim of Sarov there is the Komsomolskaya station Square with an impressive monument to the warriors from Aleksandrov who died in the battles of the Great Patriotic War. Soldiers of Aleksandrov fought on all fronts of this war: 211 Alexandrov

In the 14th century, during the reign of the Moscow prince Ivan Kalita, the word "sloboda"  or (settlement) meant the land that he gave out to outsiders from other principalities for settling Russian lands after the Tatar devastation. Unlike serfs, these people were free. So the words "sloboda" 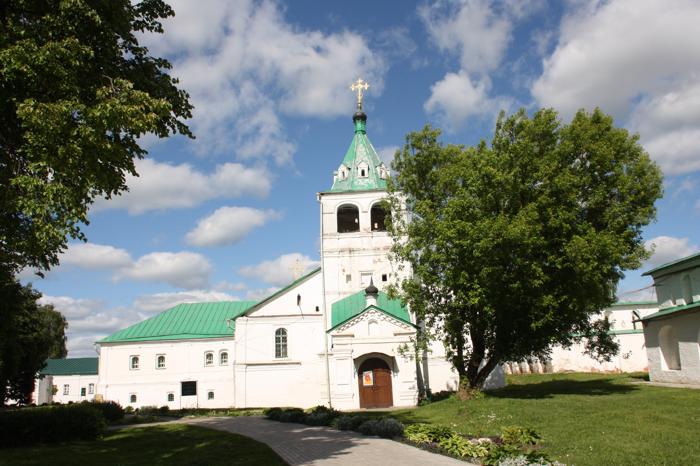 So, we entered the territory of the Alexandrovsky Kremlin, or Aleksandrovskaya Sloboda. To the right of the entrance there is the Church of the Dormition of the Mother of God, or the Assumption Church, that gave the name to the monastery.Today the Assumption Church belongs to the museum, and it hous 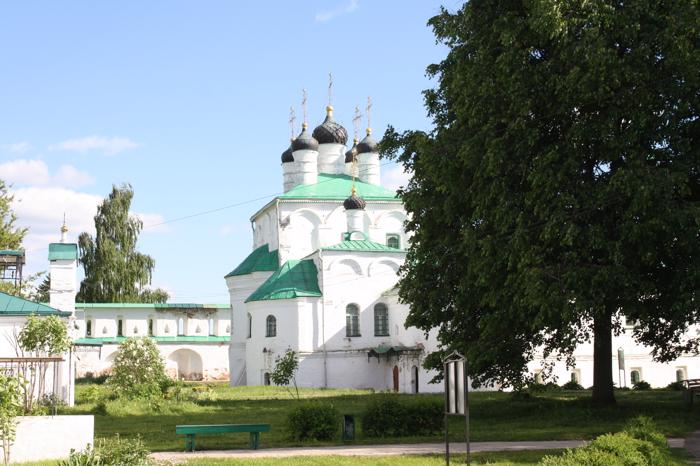 Temple of the Presentation of Our Lord

The Temple of the Presentation of Our Lord was built in the 17th century. In the 18th century a monastery hospital was erected next to it. Previously, right behind the temple there was a monastery cemetery. Nuns were buried here according to ancient custom, in special tombs - wooden cellars, where c 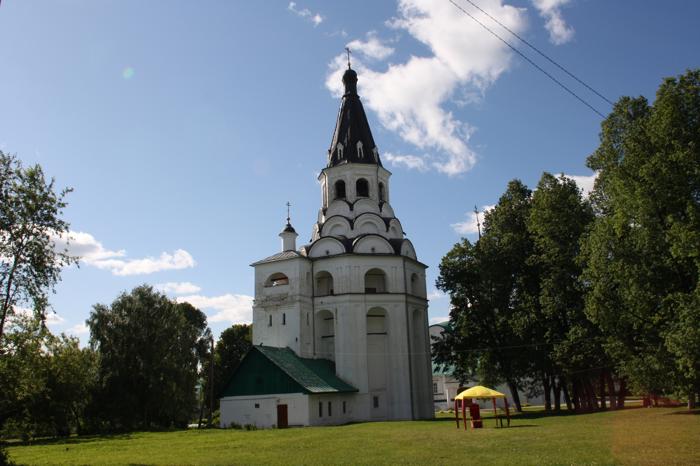 Built in the 16th century, the church-bell tower belongs to the rarest monuments of the tent-roofed stone architecture of Rus’. Today it serves as the main bell tower of the Assumption Monastery. You can climb to its observation deck to look at the Alexandrovsky Kremlin from a bird's-eye view 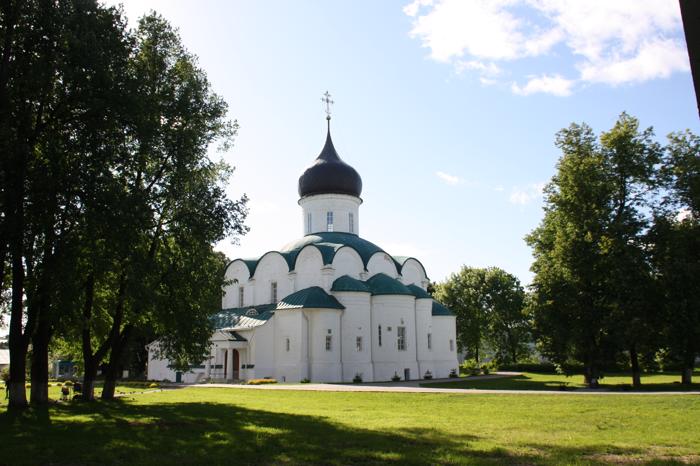 Trinity Cathedral was built in 1513 under the reign of Vasily the Third by Italian architect Aloiz Novy, whos alias was Aloiso da Montignana. Alioz had already built the Archangel Cathedral in Moscow, the family burial vault of the Grand Dukes. Interestingly, on the way to Muscovia, the architect wa 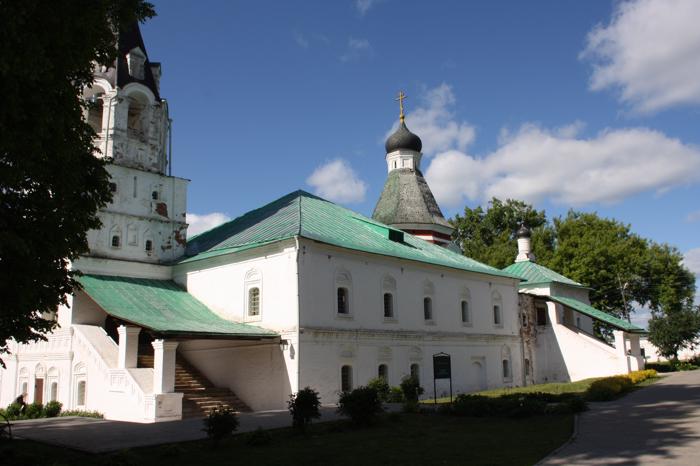 Church of the Intercession

The Church of the Intercession, built in the beginning of the 16th century by the same Italian Aloiz Novy, is considered the first stone tent-shaped ancient Russian temple. It was built even before the famous tent-shaped Moscow church of the Ascension in Kolomenskoye that is often mistakenly named a 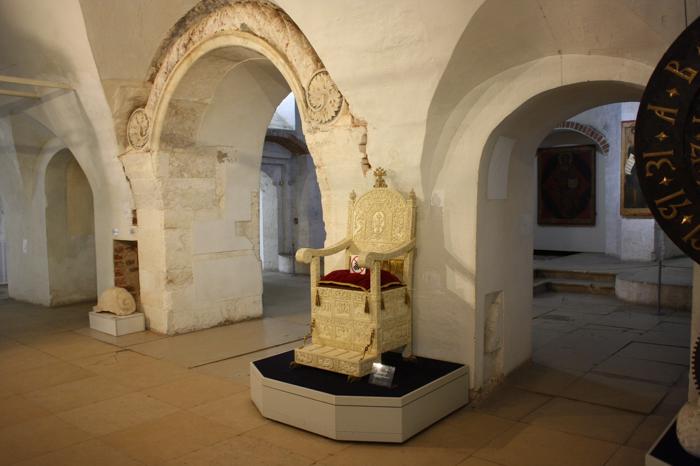 Exposition of the Church of the Intercession

As said before, many museum exhibits are located in the premises of the Intercession Church. First of all, these are the royal chambers, or rather what's survived. At the exhibition "The Monarchic Court in the Alexandrovskaya Sloboda" you can see a wooden copy of the throne of Ivan the Terrible, as