Discover the beauty of Albany

Albany
A highlight of America's history, an altar of architectural splendor and an Eden for higher education, Albany's cultivated landscape is unmissable!
Take a self-guided tour 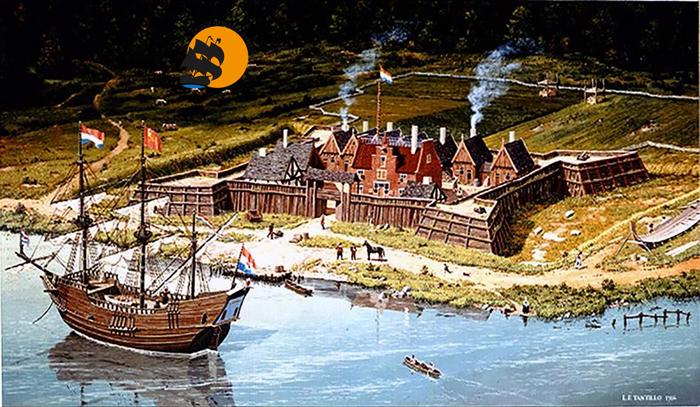 How Dutch is New York? - The Albany Tour
Get the app
Start exploring right now: 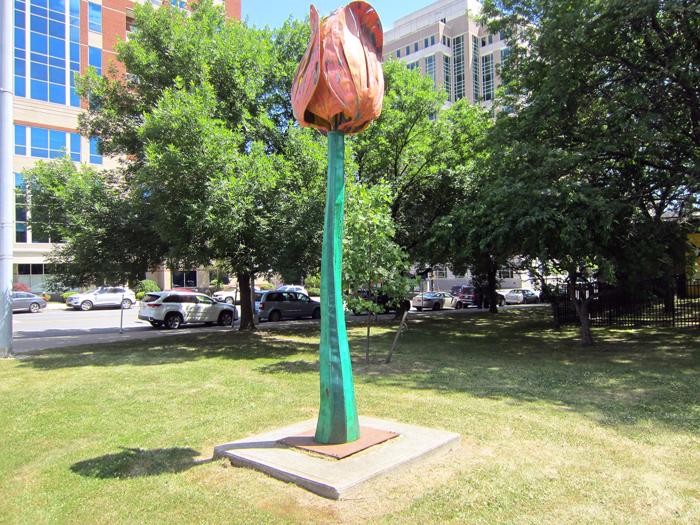 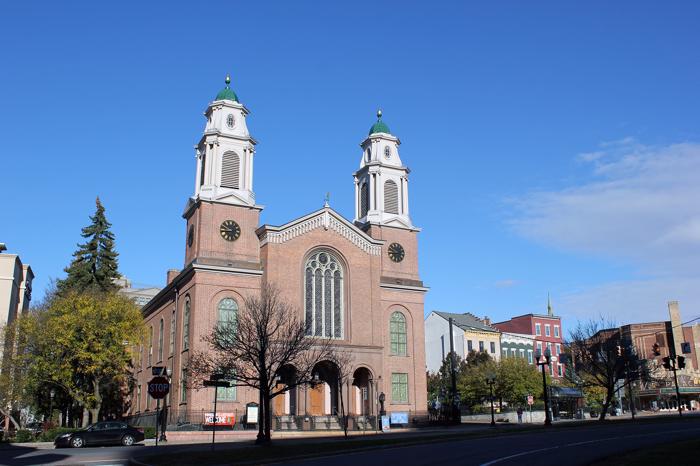 How Dutch is New York? - The Albany Tour

IMPORTANT!READ THIS FIRST!Before you press ‘Start’, please read this Introduction to the audio tour first. You can also listen to it. Scroll down the text: at the bottom you can touch the audio icon. The Introduction will give you a short history of Albany and its Dutch roots, and it will provide you with a brief explanation as to how to use this audio tour. IntroductionWelcome to the audio tour “How Dutch is New York? – The Albany Tour”.The first Dutchmen who settled on the upper side of the Hudson River were private 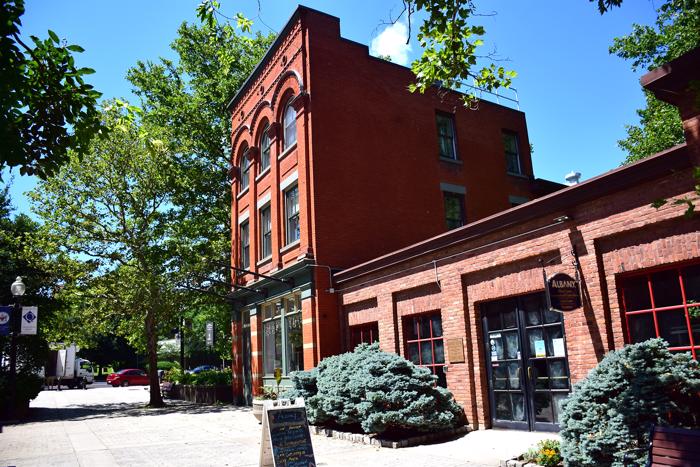 This building originally served as a water pumping station in 1852. It now serves as a staffed tourist information center that provides an orientation of the City of Albany. The Henry Hudson Planetarium is also located at the Visitors Center and offers public planetarium shows every third Saturday o 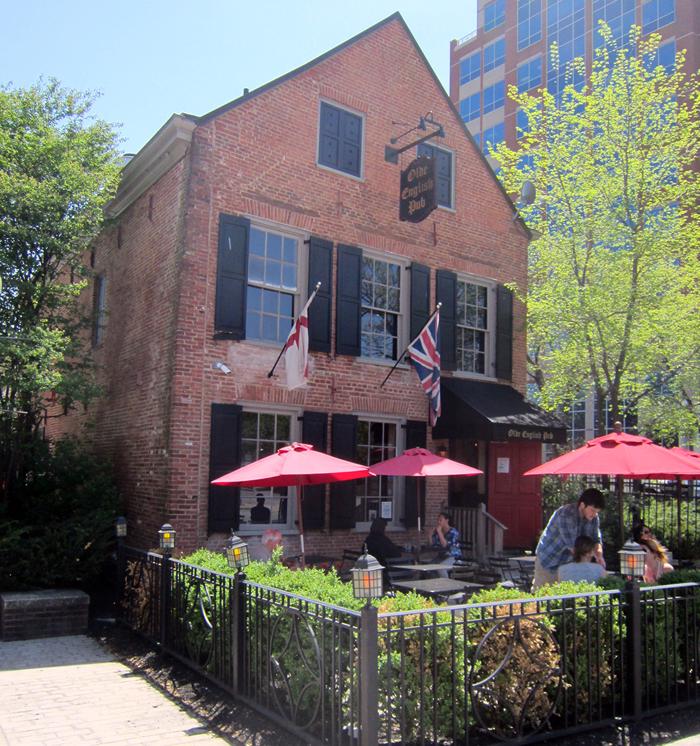 The Quackenbush House – one of the oldest structures in Albany – was built in 1730 in the style of the Dutch settlers. Initially the façade of the house had a step gable, but at the end of the 18th century Colonel Hendrick Quackenbush, who owned a brick factory close to the Hudson

This giant tulip pays tribute to the Dutch past of Albany. It has been created by Steven Rolf Kroeger for the 60th anniversary of the Albany Tulip Festival. The City of Albany organizes the Tulip Festival every year in May in nearby Washington Park, featuring 140,000 tulips in 150 varieties. During 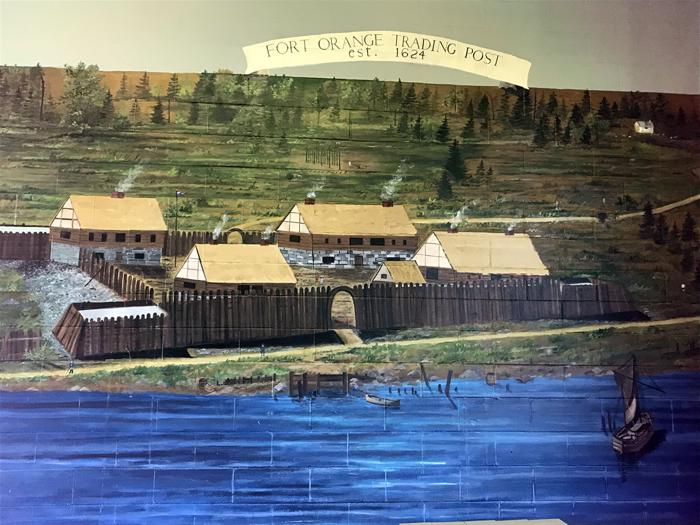 Fort Orange Brewing set out to honor the rich history of Albany when they came up with their name and logo. Fort Orange was one of the earliest Dutch settlements in what is now Albany, New York. The fort housed fur traders in the 1600s and was established by the West India Trading Company. Fast forw 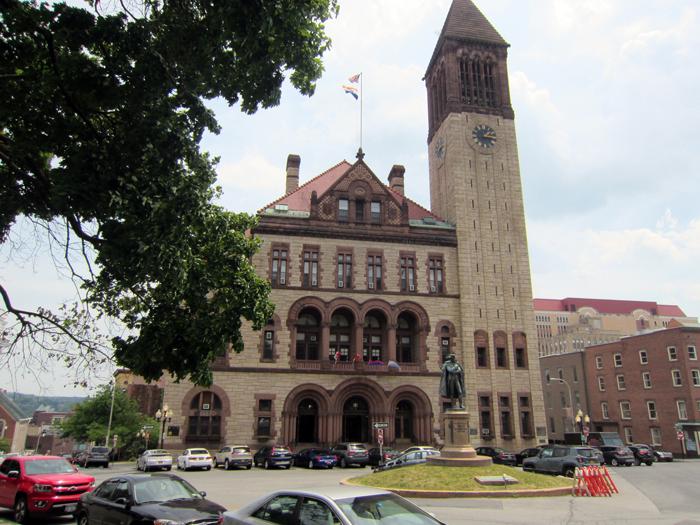 Philip Schuyler (1733-1804) was a fourth generation Dutch-American, who was a member of a prominent family in Albany, connected by marriage to other elite families such as the Van Rensselaers and the Van Cortlandts. Philip Schuyler was a soldier who worked his way up in the military to Major General 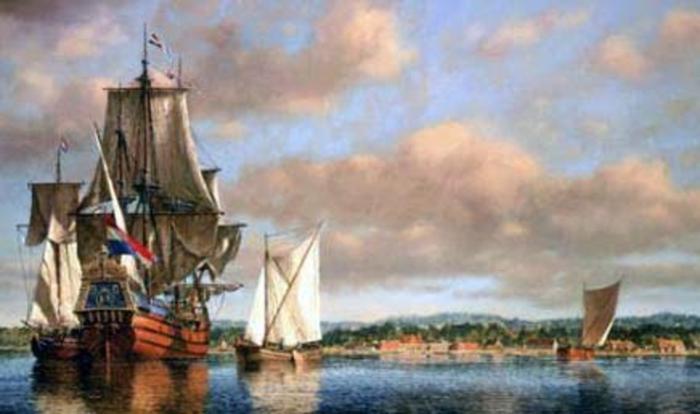 Fort Orange was the first permanent Dutch settlement in New Netherland, built as a trading post by the West India Company in 1624 at the location of present-day Albany. Between 1624 and 1664, the fort’s role in the development of New Netherland changed – from a point of contact and trade 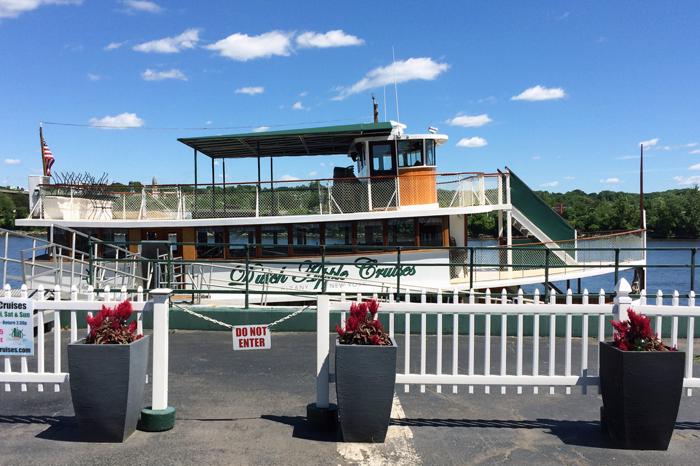 During a tour on the Dutch Apple II you will learn about the history of Albany, the Hudson River, the first Dutch settlers, the century old mansions on the river banks and the location of Fort Orange. Check the website for departures and ticket prices. www.dutchapplecruises.com To the left 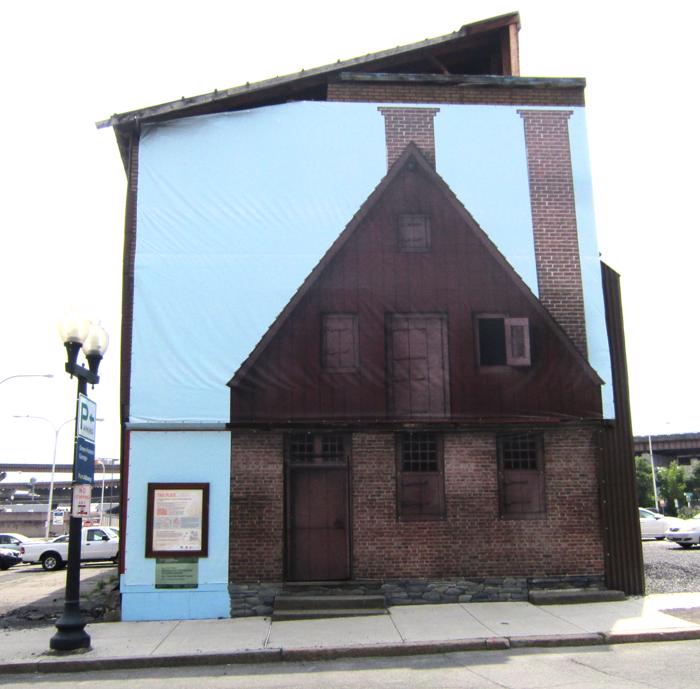 This is the oldest house still standing in Albany. It was built by Johannes van Ostrande in 1728 in the Dutch style, close to Fort Orange and just outside the stockade. Around 1750 he sold the building to Johannes Radliff, a shoe-maker. This building was later extended and is currently being renovat 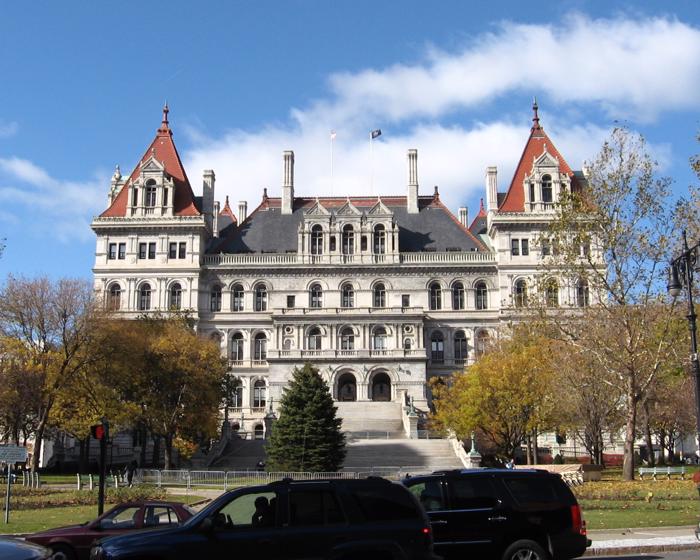 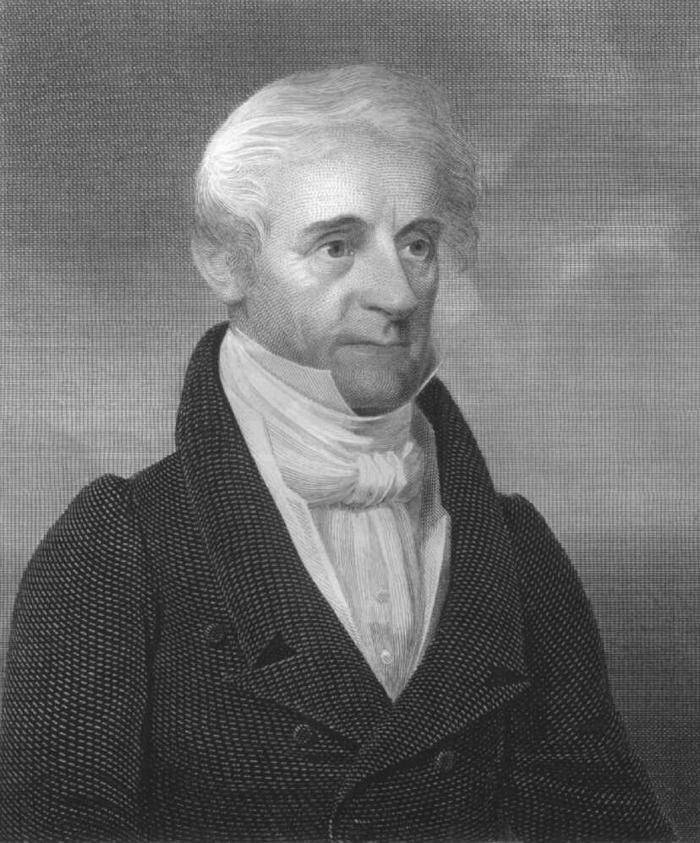 Cherry Hill is a historic house located on South Pearl Street in Albany, New York, United States. It is a timber frame structure dating to the late 18th century. In 1971 it was listed on the National Register of Historic Places, one of the first properties in the city to receive that designation.It